In both cases, the pipeline is assigned to the worker with the lowest load.

A pipeline is assigned to a new worker if one of the following conditions occurs:

Let's assume you added a worker for time-consuming tasks like integration tests: 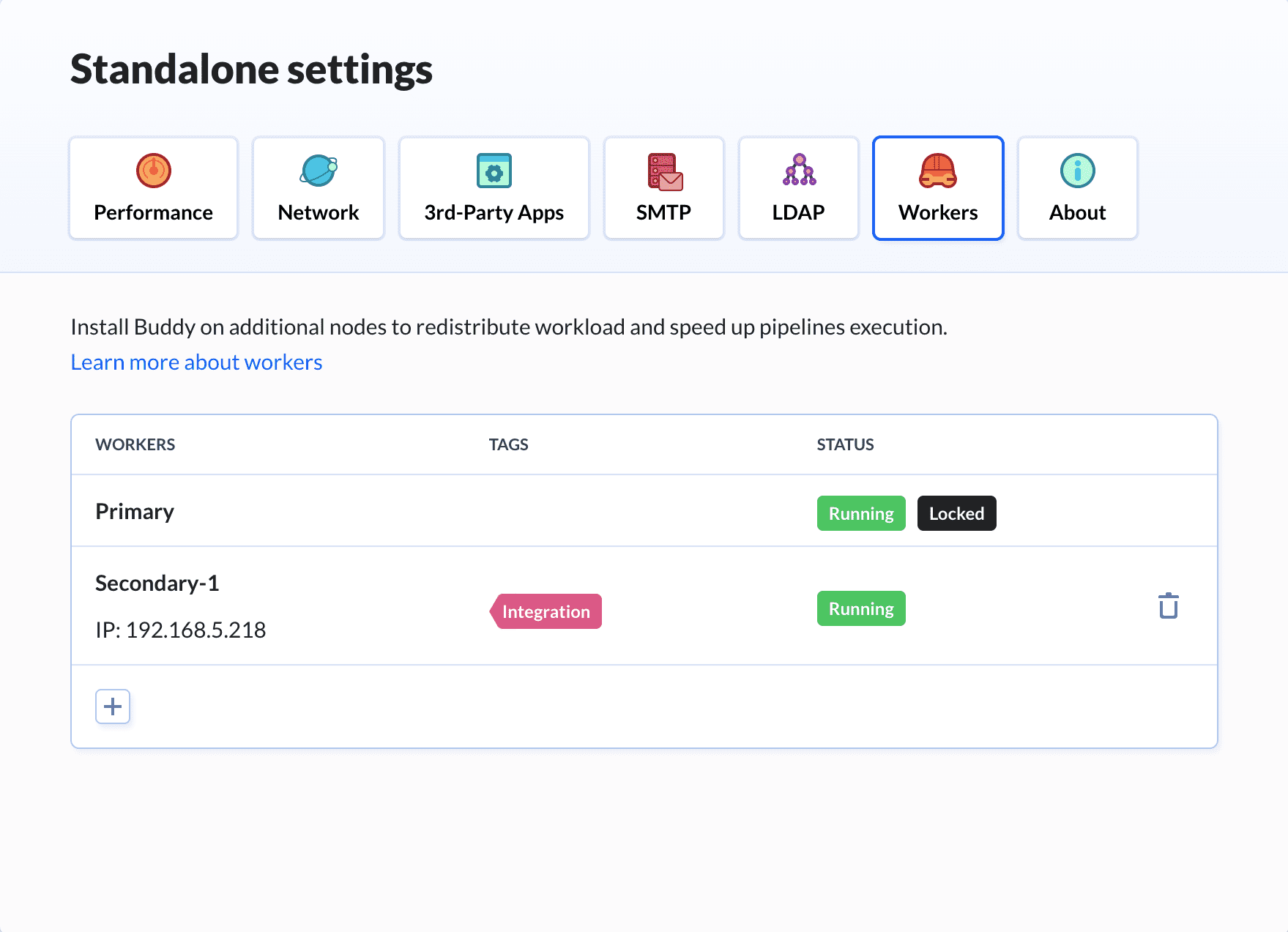 To match a pipeline with that worker, you need to select its tag in the pipeline's settings – or immediately when adding a new pipeline.

Below we have a pipeline with several tags. One of them matches the worker, and so it appears on the list in the pipeline settings:

If you can't see the worker assignment option, your workers are probably locked and not available.

To force a pipeline to run on a specific worker, assign the worker with a unique tag and share that tag exclusively with that pipeline.

In case of errors with assigning the pipeline to a worker, you can check the Prepare Environment step of the pipeline's execution logs for details.