Both concurrency of pipelines and parallel actions let you reduce the waiting time for an execution to finish.

The number of pipelines and actions that can be run simultaneously is specified in the workspace plan.

Pipelines concurrency defines how many pipelines can run simultaneously. When more pipelines than your plan allows are running, the subsequent executions will be enqueued, waiting for all previously triggered pipelines to finish.

The number of concurrent pipelines is determined per workspace.

Thanks to parallelism you can execute multiple actions in one pipeline simultaneously.

For instance: to speed up your tests you can run several tests at the same time. Another common use case of parallel actions is deploying files to a couple of servers at once.

Below you can see how to configure your pipeline to run tests in parallel.

Make sure not to exceed the maximum number of parallel actions allowed in your account.

You can see we have added 3 testing actions – this is because we chose to split the tests into 3 actions: 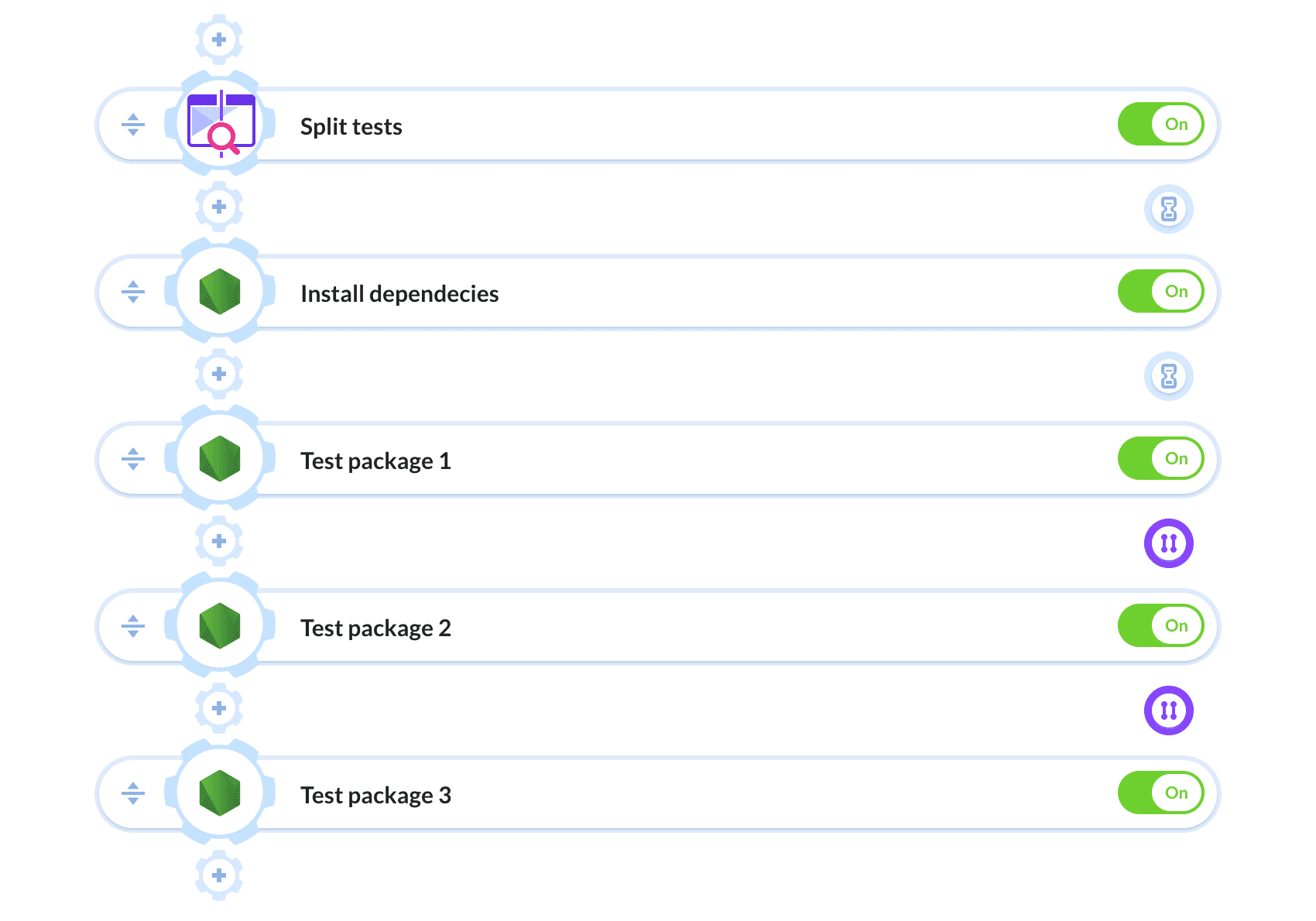