Buddy supports settable environment variables. This type of variables allows you to shift values between subsequent actions or executions as well as pipelines.

In order to add a settable variable, switch to the Variables tab in your pipeline's details and click the corresponding button. There you can choose the scope (action, pipeline, workspace) and the type (fixed, settable): 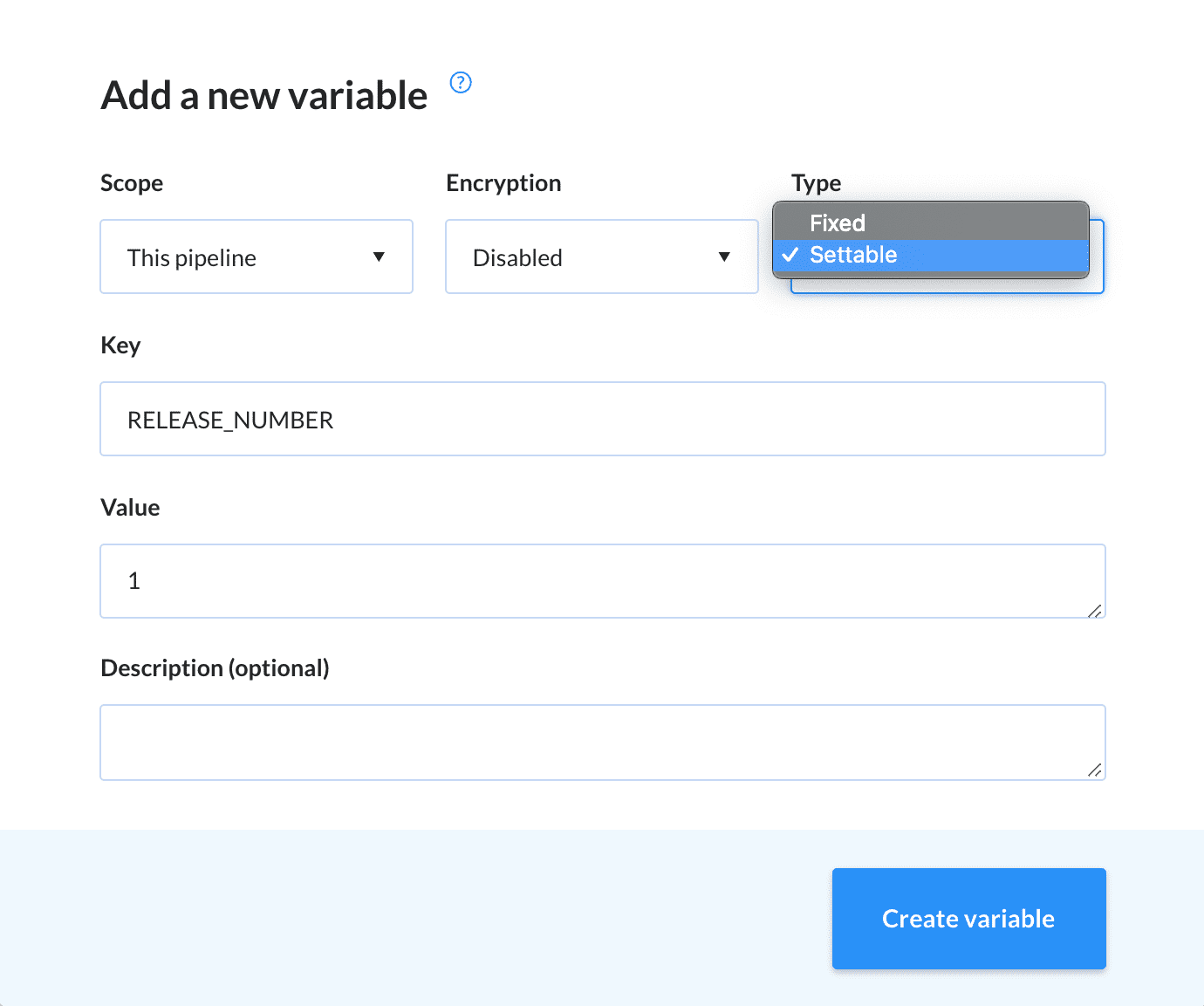 Let's assume you want to change the value of an action in your pipeline. In this case, you should use the variable in a build action and set its value. For example, the following command will increment the value of the variable by 1 on every execution: 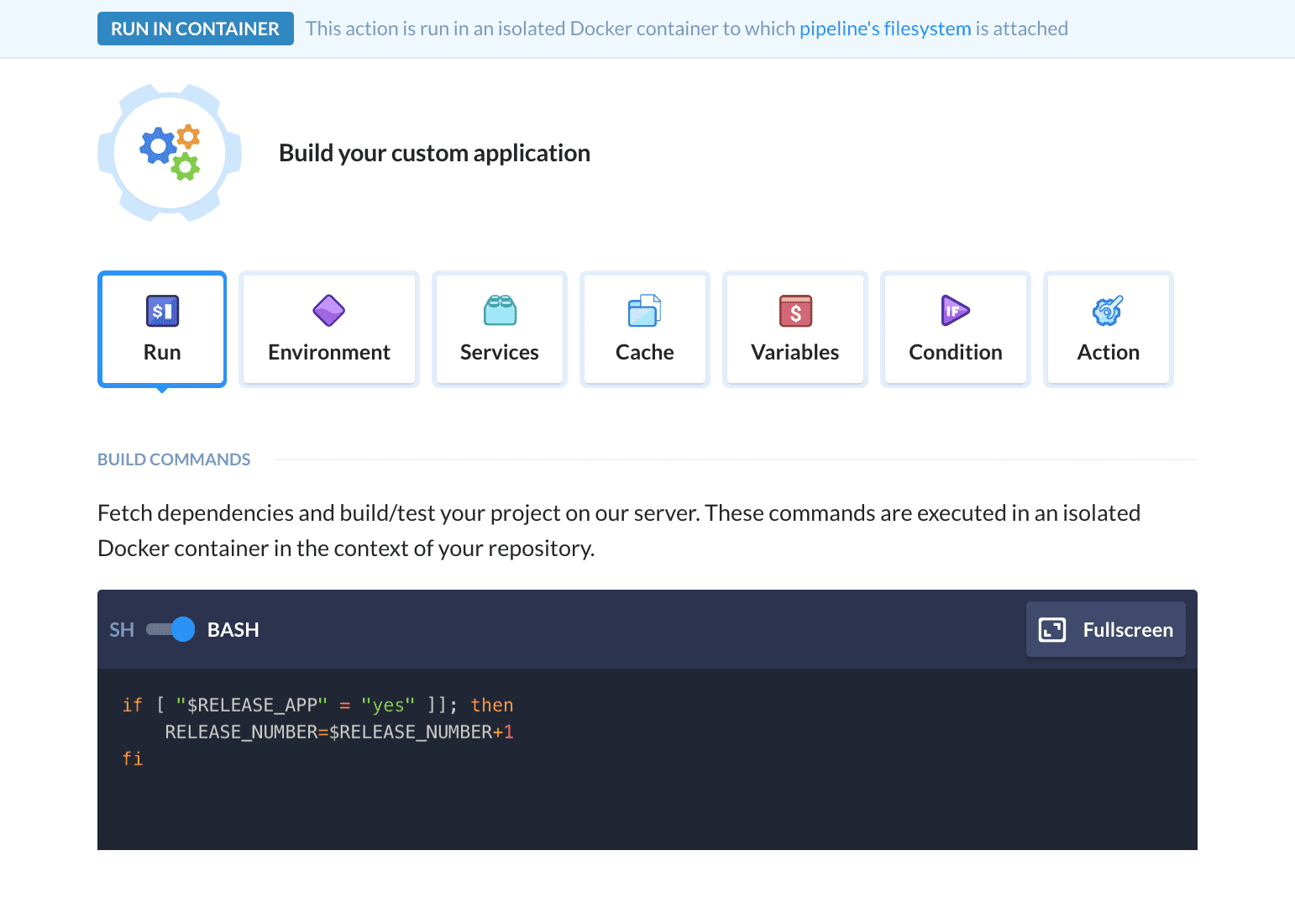 A good example of applying settable variables is using them to auto-increment the version of the application in your Git repository. The following guide will tell you how to create a pipeline that will: 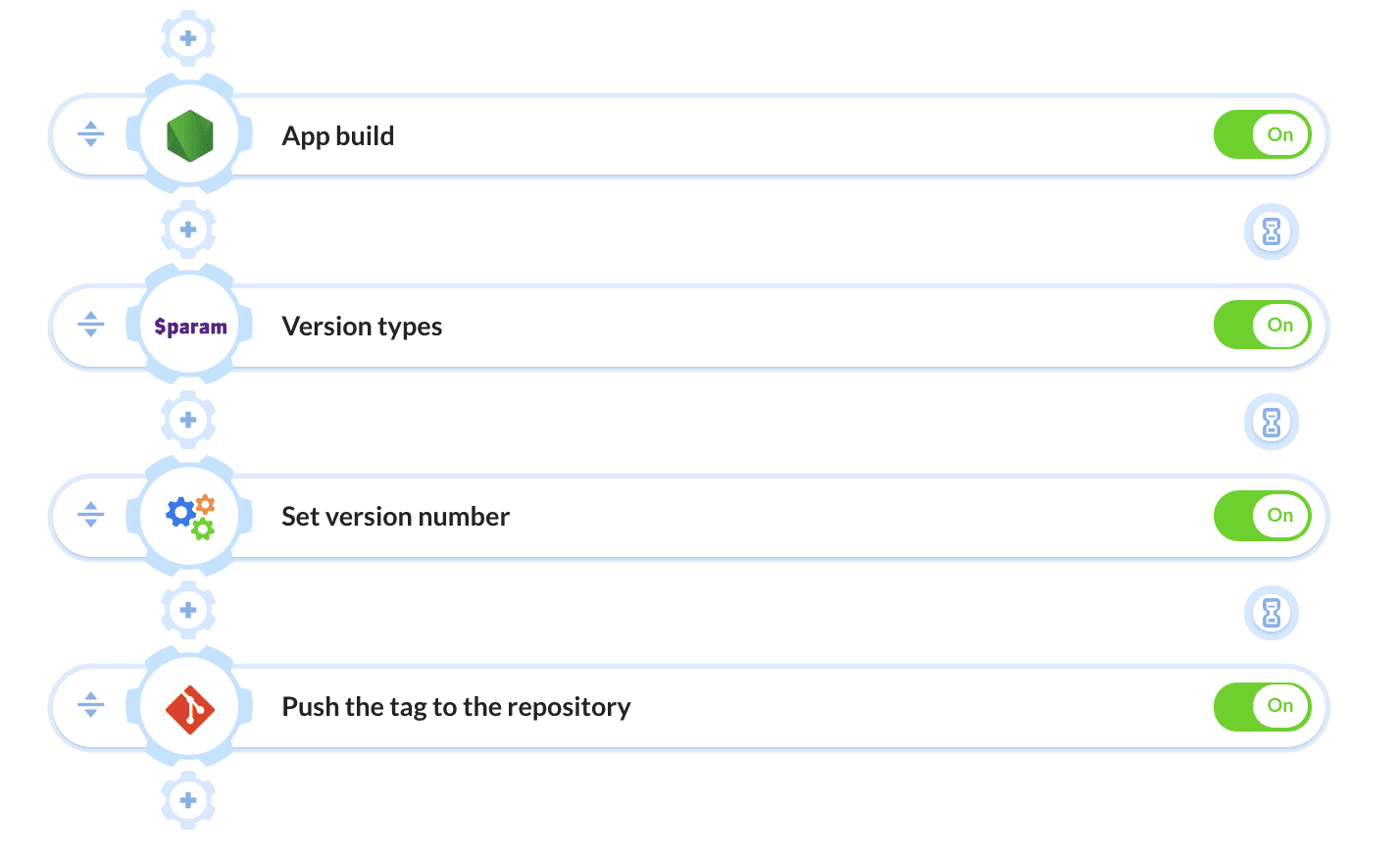