The on-premises application consists of the following services:

To avoid memory problems, Buddy limits the amount of memory assigned to its Java services during boot.

The default amount of RAM allocated to the Java services constitutes 50% of the total server memory:

The build server limit applies only to the application that launches builds on the server. The limit doesn't concern the containers in which the builds run. By default, there are no memory restrictions on build containers. You can set such limit manually through Buddy CLI using the buddy configure command.

You can change the default memory allocations for services through the Buddy CLI.

Use the buddy configure command and the Application memory management option to change memory allocations or reset them to the default values.

You can configure RAM allocations on the main Buddy On-Premises instance only. For workers, the allocation is fixed: 1/16 of the server RAM is allocated to the Build Server and the remaining memory is available for containers in which the builds run. 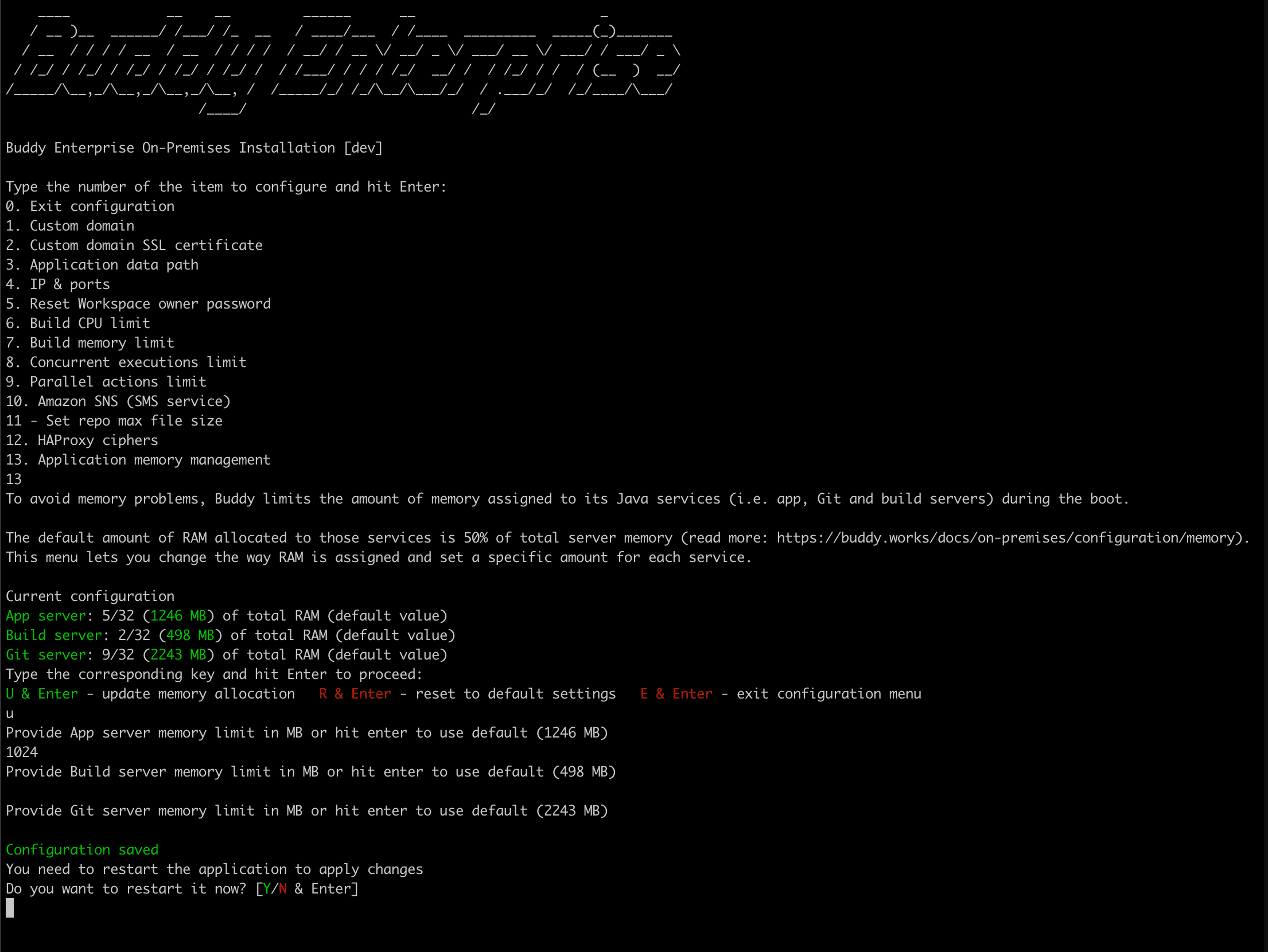