This type of deployment is applied for applications that require constant uptime. Buddy achieves that by:

A. Uploading the files to a separate directory on the server
B. Switching the symbolic link to the current version once the deployment has finished 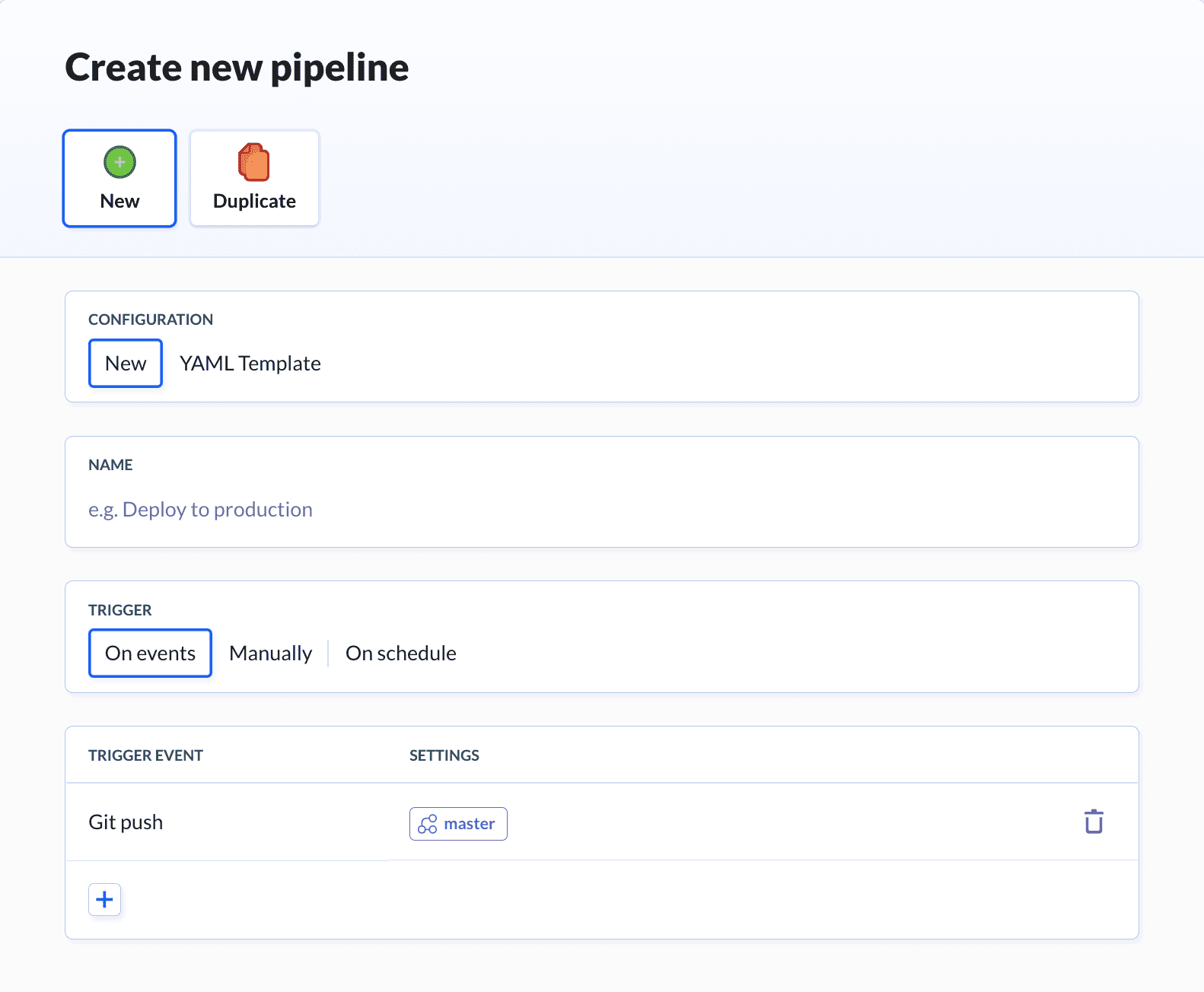 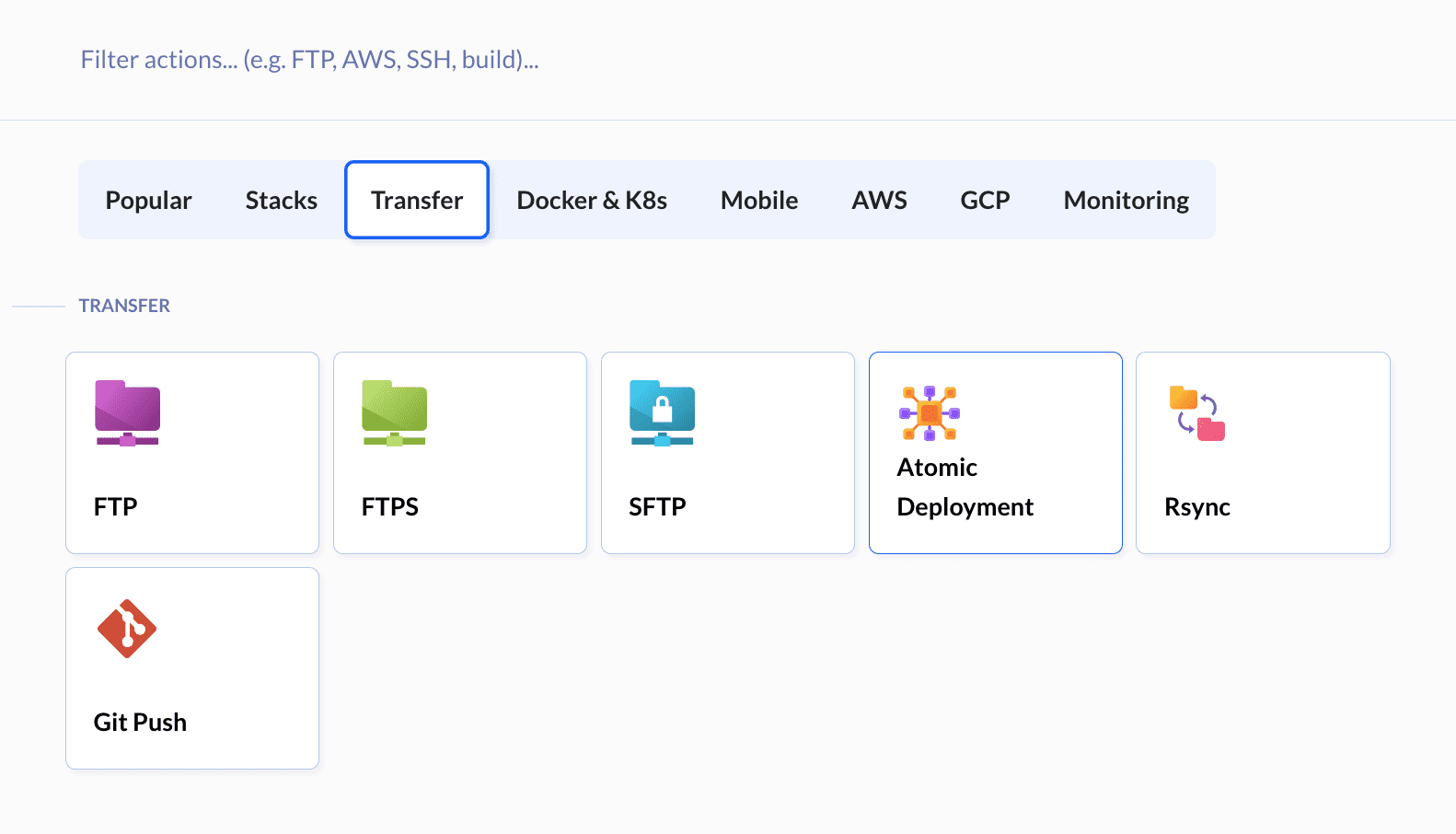 When you add the remote path to the configuration, Buddy creates folders current/, deploy-cache/ and releases/ inside this path. Make sure that your server serves the application from the $REMOTE_PATH/current folder.

A. Buddy creates 3 folders on your server in the provided path:

B. The template adds two actions to your pipeline:

All access data that you provide during the atomic deployment configuration is saved in the pipeline as encrypted environment variables. These variables are used in both actions, so in case you need to change the access data, you just have to edit the variables. 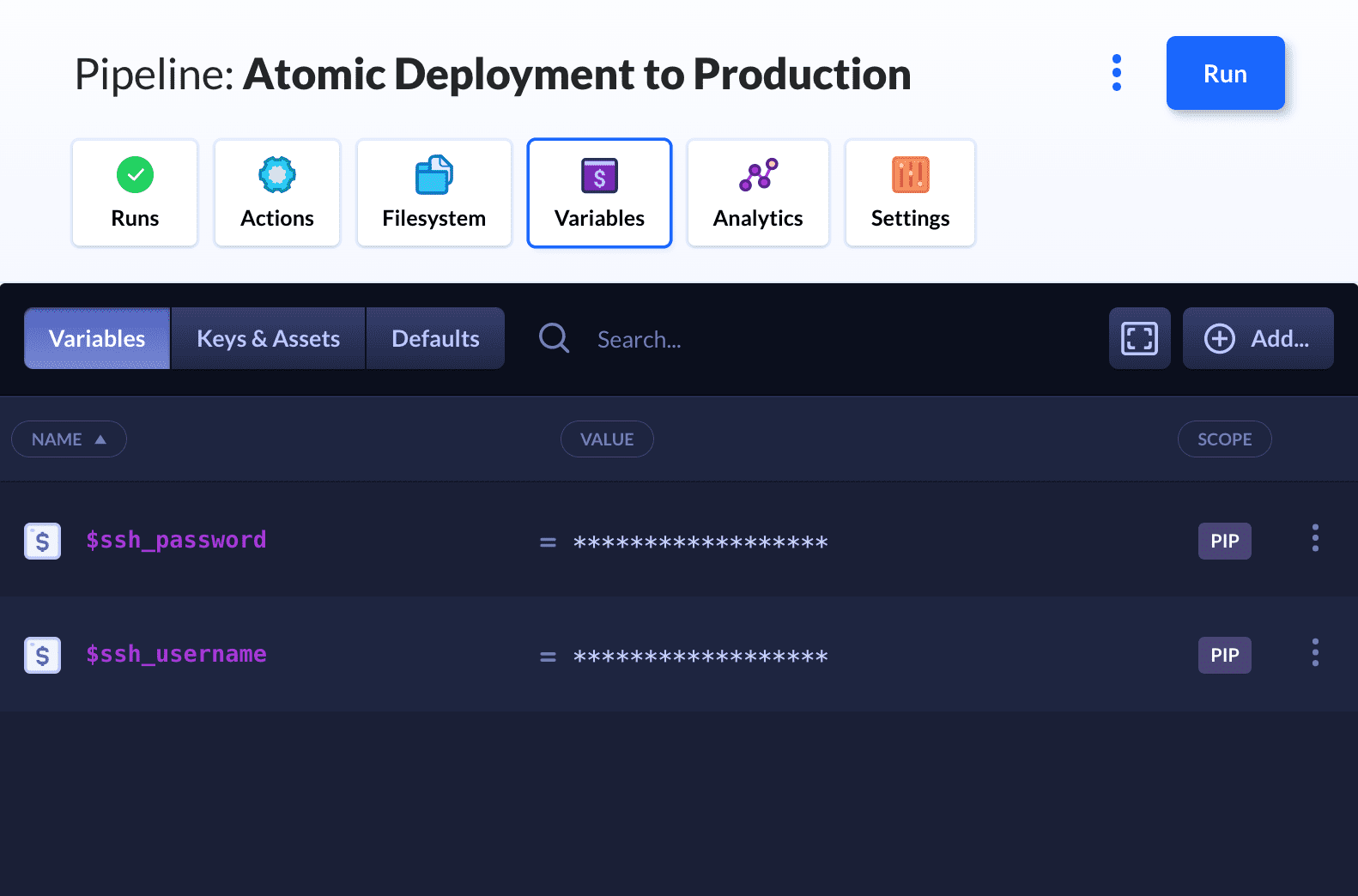 Atomic deployments in Buddy can be easily edited. The template's logic is hardcoded in the SSH action: there you can manage previous versions, configure rollbacks, and set the folder to the proper release. The scripts can be freely modified by defining your own rules. 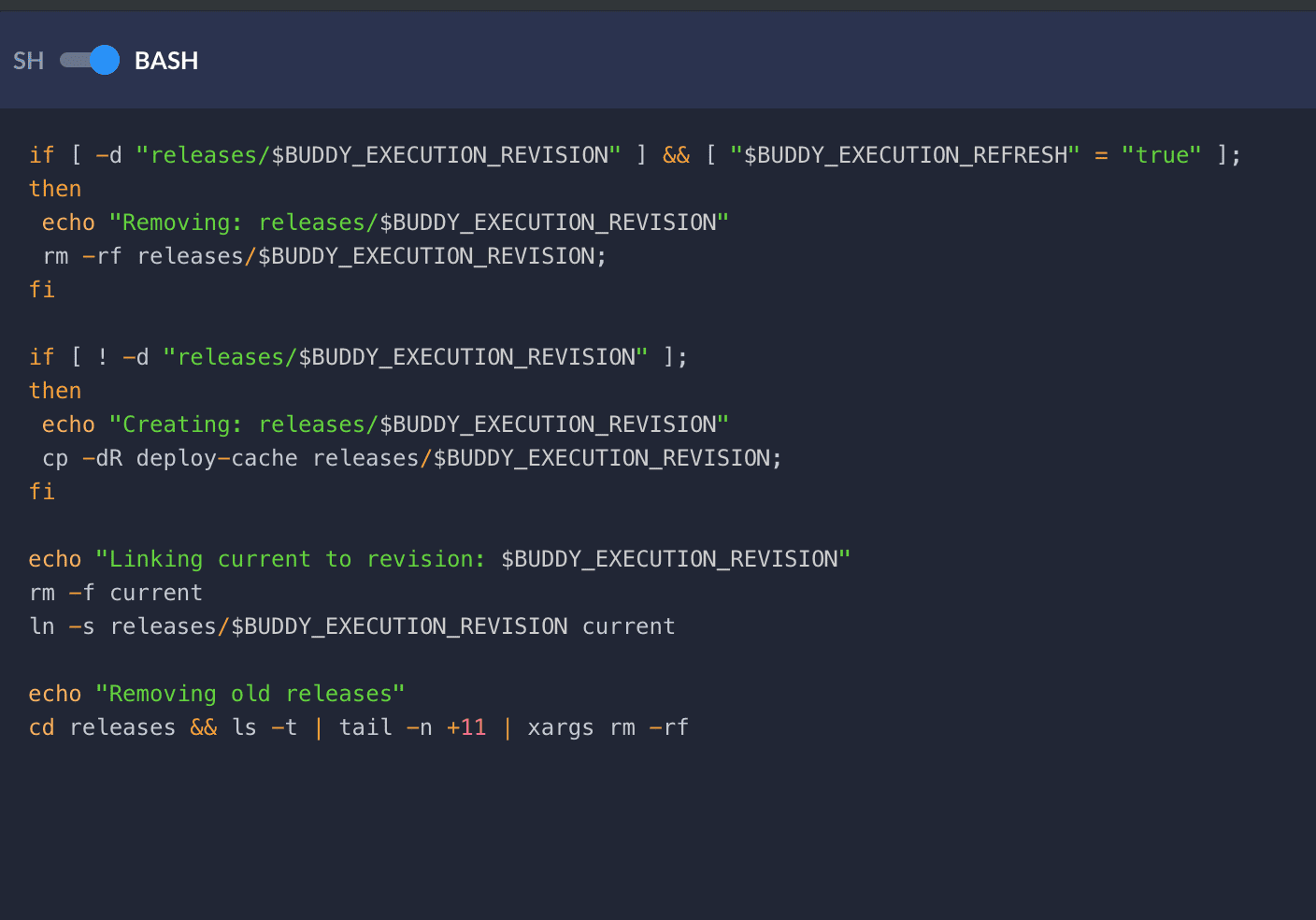 The pipeline with the atomic template can be modified as well. For example, you can compile assets and test code for errors before the deployment, and send notifications using the selected messaging service: 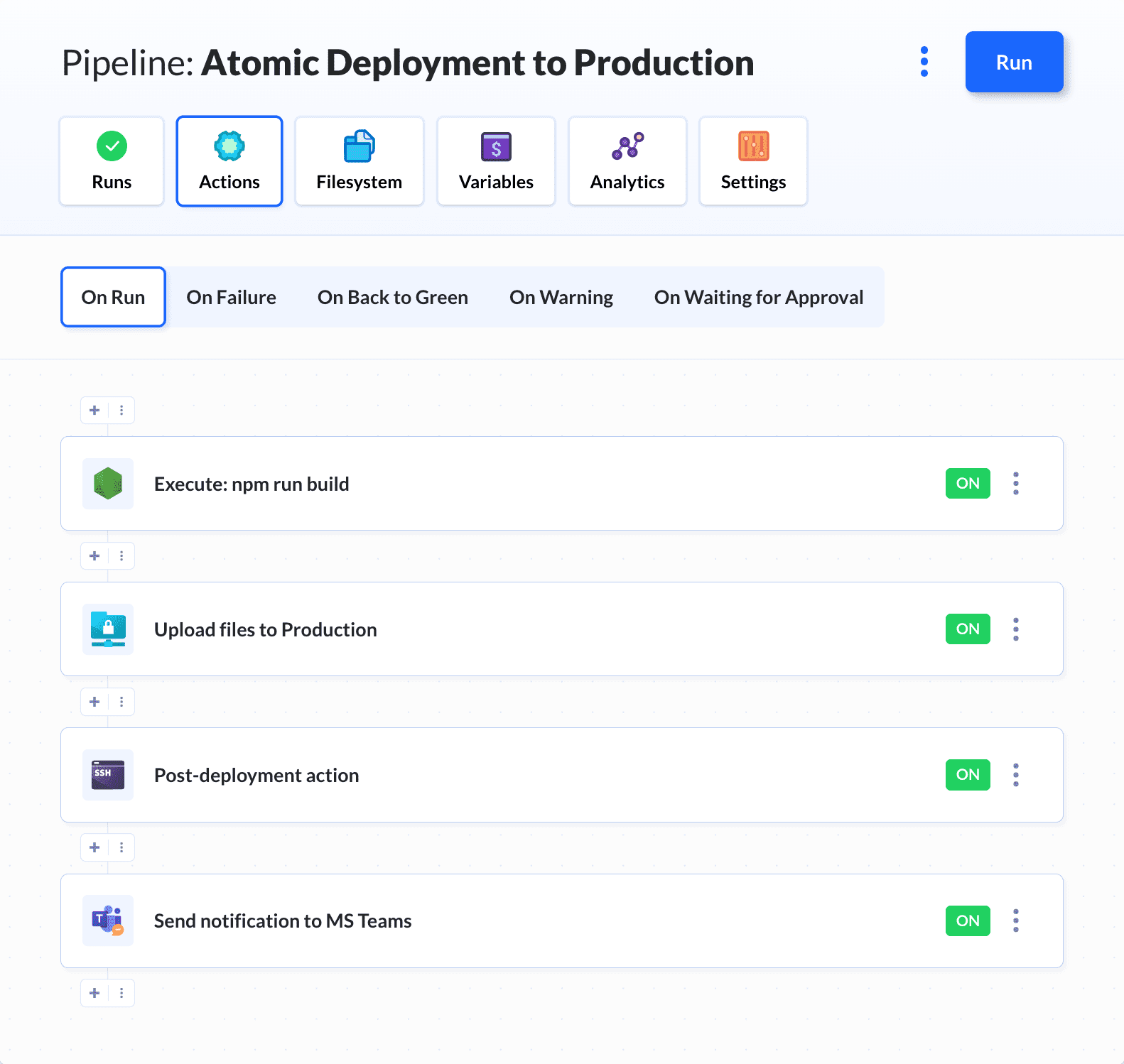