Workers require a Linux-type server (we recommend Ubuntu 20.04) with Docker and docker-compose installed to run.

The workers and the main Buddy instance must be able to connect to each other. You can configure the IP address and ports of the worker during the installation.

You cannot install a new worker on the server that runs the main Buddy On-Premises instance – this instance is a fully operational worker. Install new workers on different, compatible servers.

All commands listed in the article must be run as root.

Launch the terminal on the server where you want to install the worker and run the commands below:

You can generate the command with the token and address from the application GUI or the CLI.

Learn more about the authorization token.

Flags have higher priority than the data in the configuration file. For example, setting the memory limit with a parameter flag will overwrite the value from the config file.

To update the worker to the newest version of Buddy, sign in to the server that hosts the worker and run:

The version of the worker and the main instance must be the same. If the versions are different, you can't assign new pipelines to the worker, and all pipelines assigned previously will fail with the "Wrong version" status.

Flags have higher priority than the data in the configuration file. For example, setting the memory limit with a parameter flag will overwrite the value from the config file.

To delete a worker, run buddy delete-worker or buddy uninstall on the machine where the worker is installed.

Backing up workers follows the same process as backing up the main Buddy On-Premises instance.

On the server with the main instance, run the following to generate the installation command and token and save it to an executable file:

The token is long-lived and the same for all workers in your Buddy On-Premises instance. To regenerate the token, run the command above and select Regenerate.

Once regenerated, the token must be updated on all workers in the instance, or they will stop to communicate:

Storing configuration in a file is a convenient way to set up new and update existing workers in non-interactive mode. To fetch the data from the config file, add the --config flag to the command. For example:

Running buddy configure on the worker, shows the options listed below. To configure an option, type the corresponding number and press Enter.

You can view the list of connected workers and their status in the Workers tab of the On-Premises Admin panel: 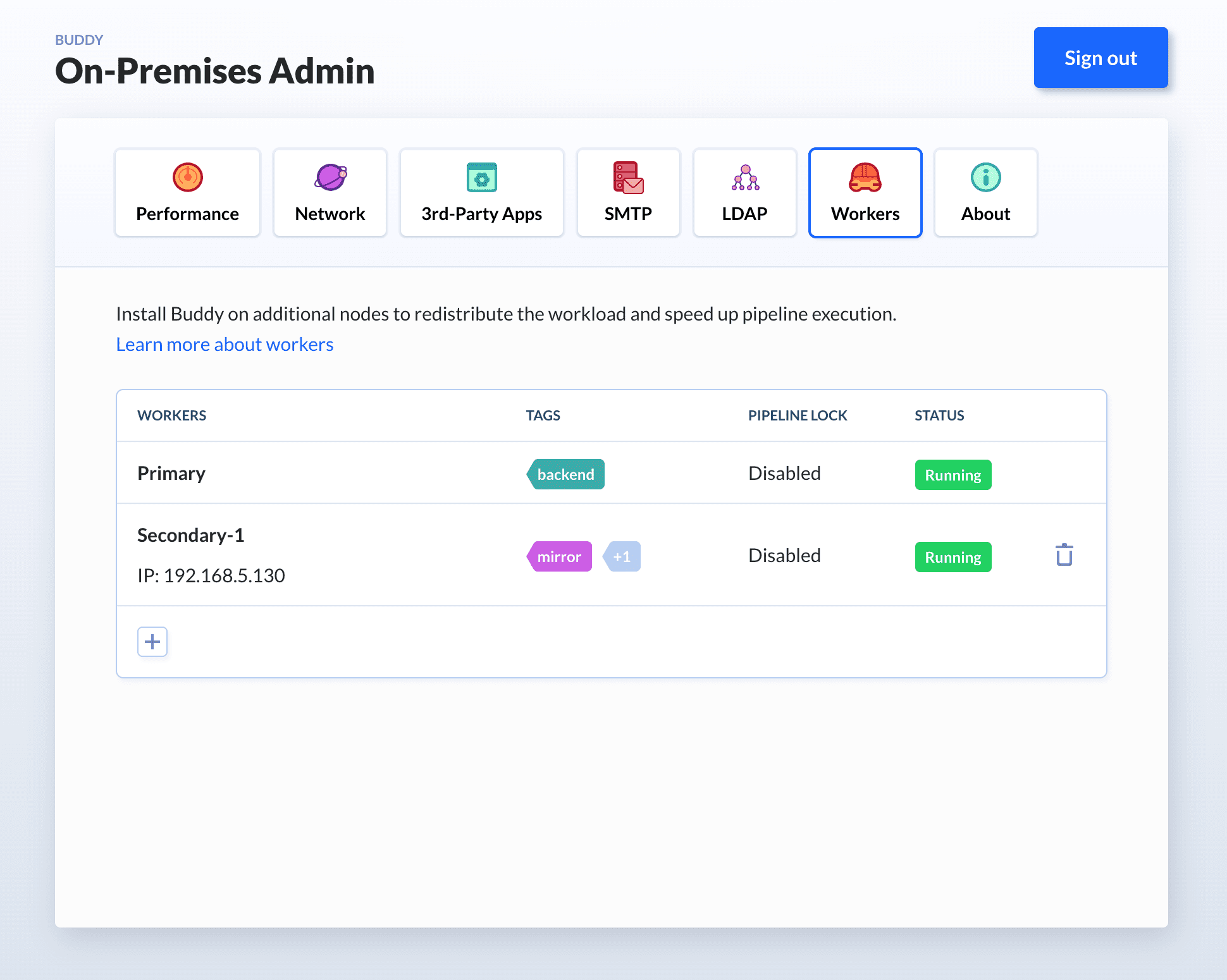 You can lock a worker and change its name in the worker settings.

The settings are also the place to adjust the resources consumed by the actions in the pipeline (vCPUs, RAM, and shared memory) and tag workers. If any pipeline is currently assigned to the worker, you will find it at the bottom of the page: 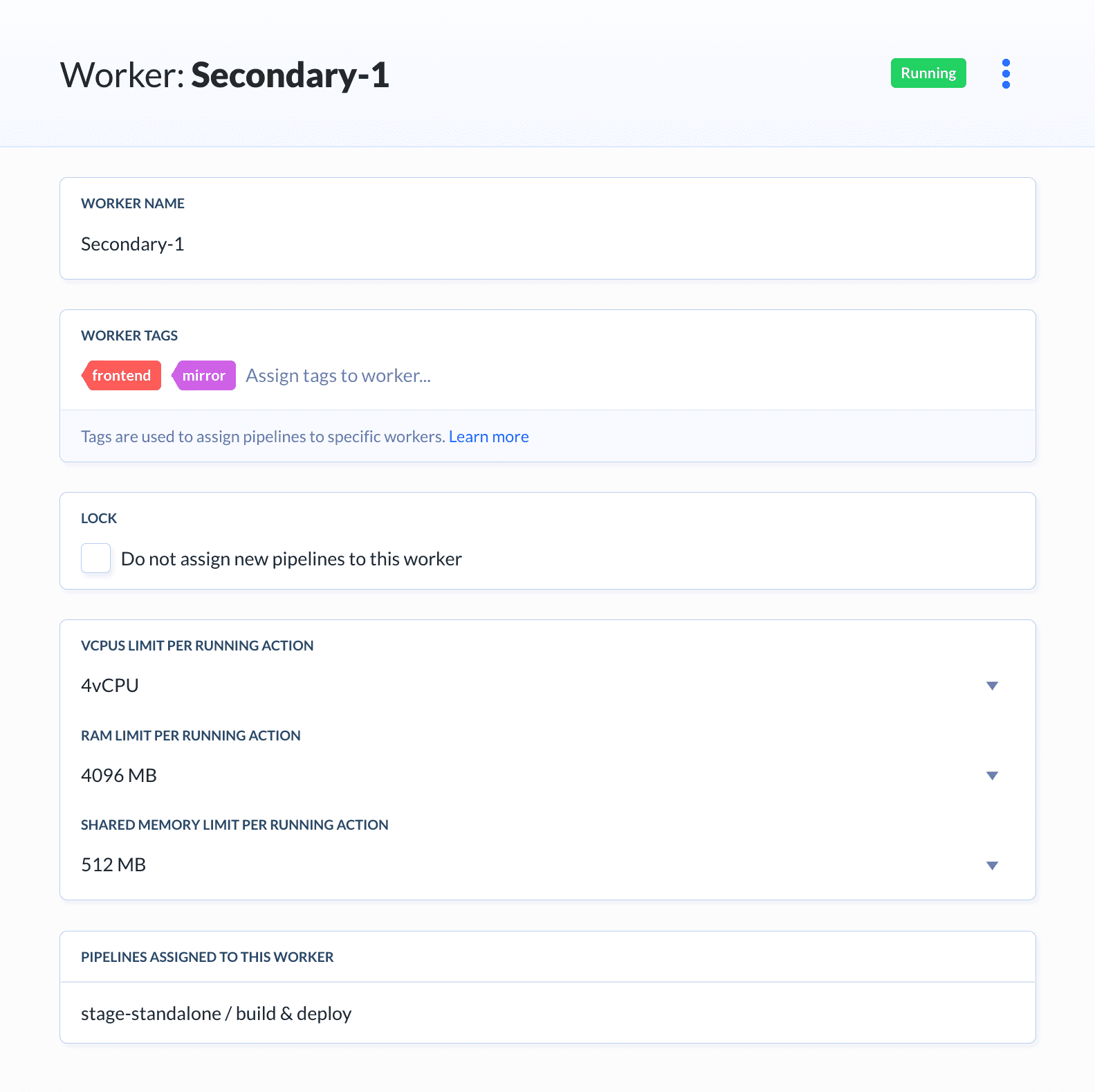 If a worker is offline or in a different version than the main instance, all pipeline executions end with an error. It is also impossible to browse the filesystems and view execution logs of the pipelines assigned to that worker.

You can remove an inactive worker from the worker list. When you remove a worker, pipelines assigned to that worker will be automatically assigned to a different worker on the next execution.