Do more with Heroku CLI

Buddy CI/CD allows you to instantly implement Heroku CLI with 100+ ready to use actions to automate your development and build better apps faster.

This action executes Heroku CLI commands. The Heroku Command Line Interface (CLI) makes it easy to create and manage your Heroku apps directly from the terminal. It’s an essential part of using Heroku.

The action launches a container with preinstalled Heroku CLI. Once launched, it’s already authorized against provided in the action settings of Heroku account. The container has mounted pipeline filesystem which contains pulled repository.

The action uses Buddy’s OAuth integration with a Heroku account. 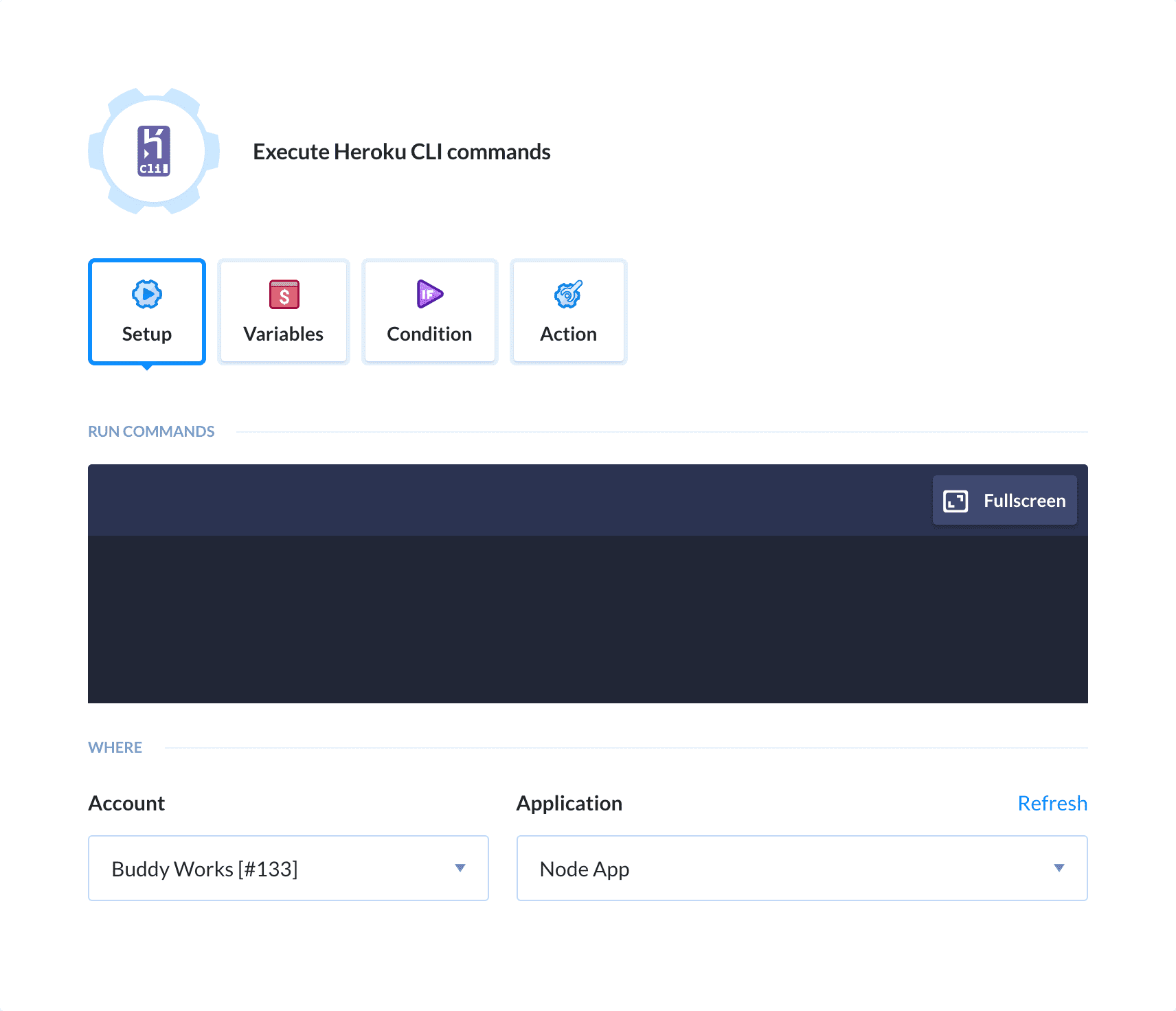 Do more with Heroku CLI

Buddy allows you to instantly connect Heroku CLI with 100+ actions to automate your development and build better apps faster.