Do more with AWS ECS

Buddy CI/CD allows you to instantly implement AWS ECS with 100+ ready to use actions to automate your development and build better apps faster. 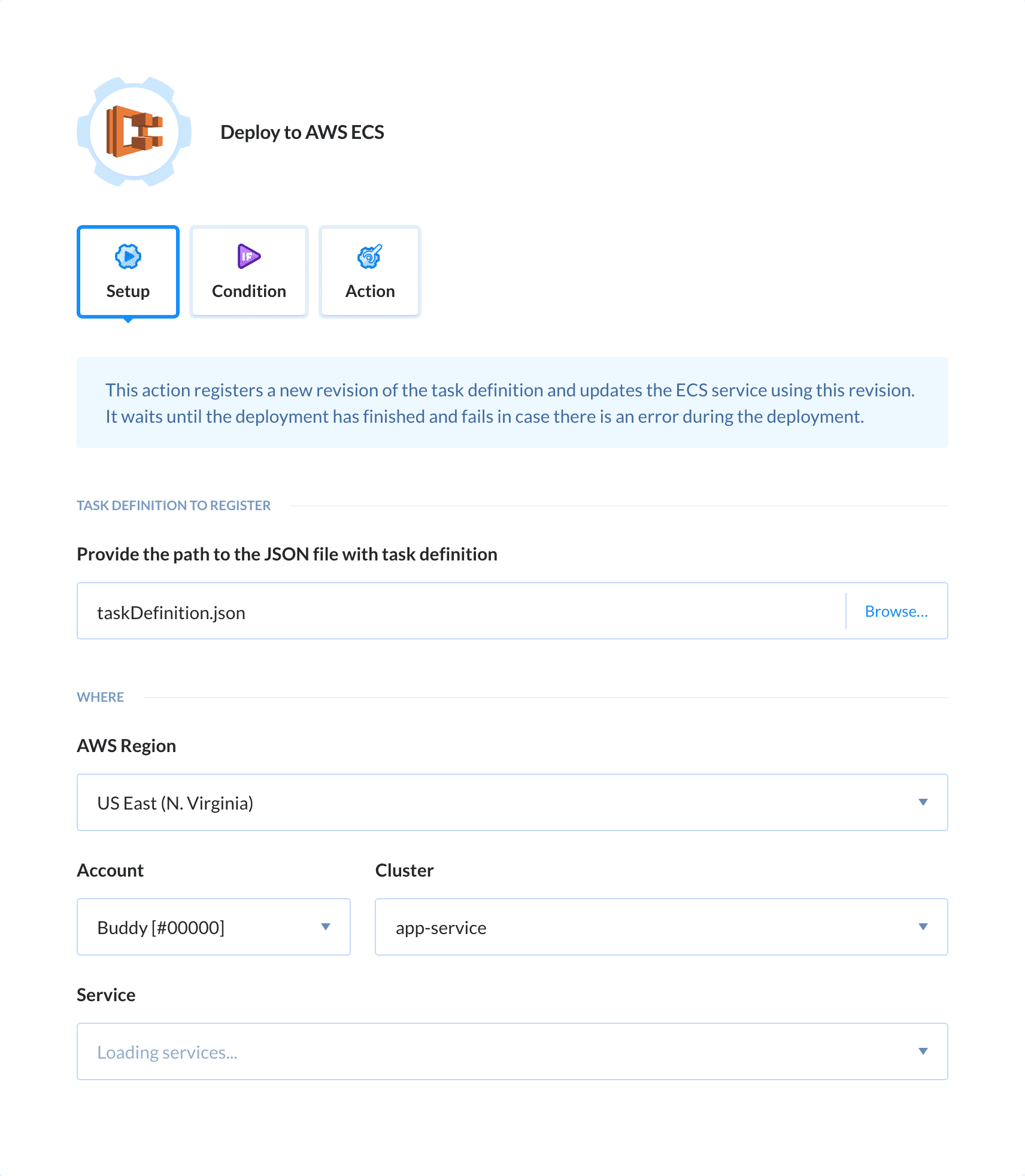 Do more with AWS ECS

Buddy allows you to instantly connect AWS ECS with 100+ actions to automate your development and build better apps faster.

Amazon Elastic Container Services (or Amazon ECS for short) is a scalable container manager designed to support Docker containers. As a part of Amazon Web Services, ECS allows you to run your apps on EC2 managed cluster. Thanks to this solution you can use those containers as bulding blocks for your apps without the need of setting up your own cluster management infrastructure.