How to run Selenium tests with Maven and Docker

In this guide we'll describe how to create a delivery pipeline that will:

For the purpose of this guide we'll use a Java project hosted on GitHub: https://github.com/buddy-works/node-maven-selenium-tests

On every change to the repository, the pipeline will perform the following tasks: 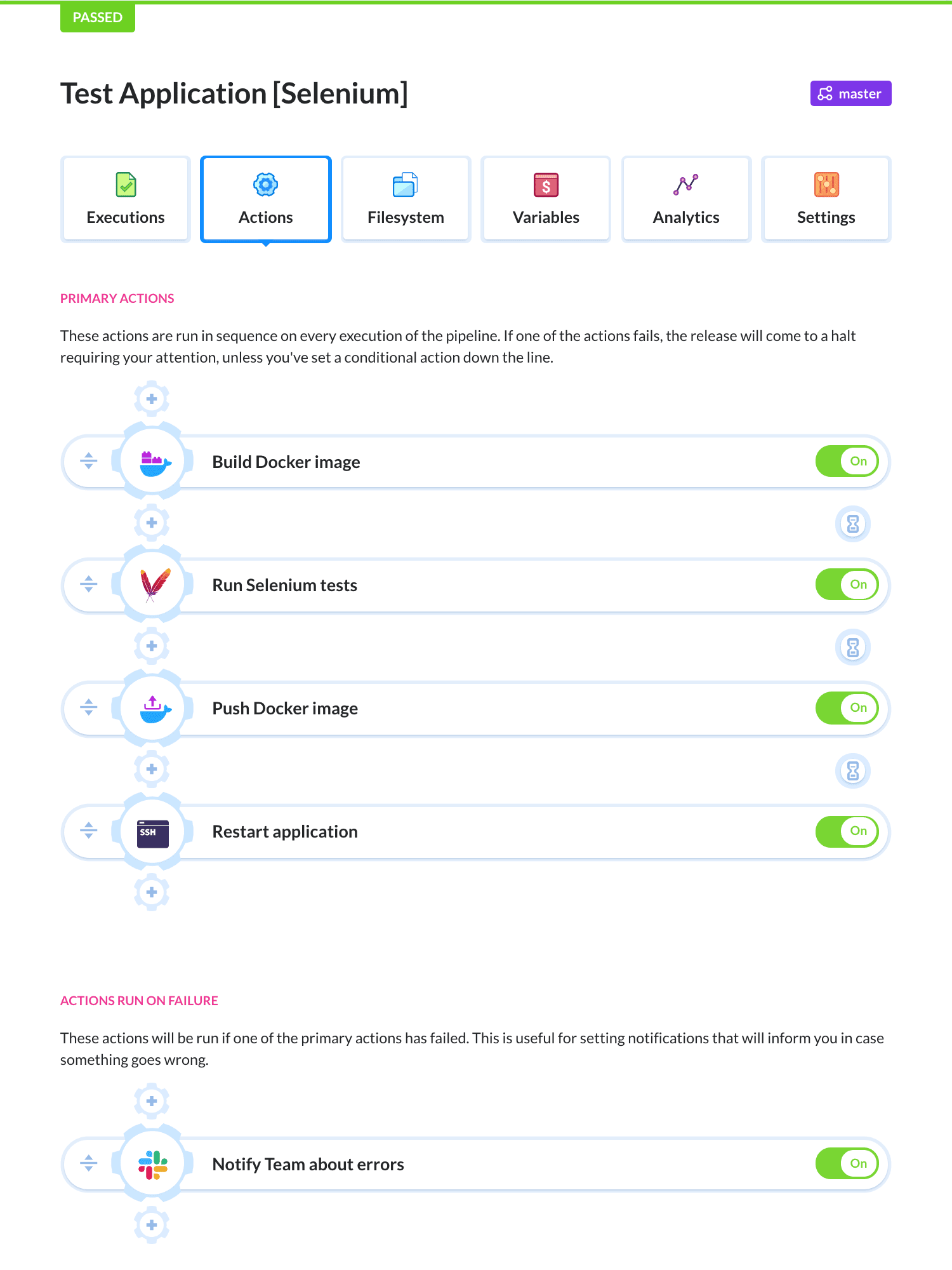 First, we need to authenticate Buddy in the source code repository: 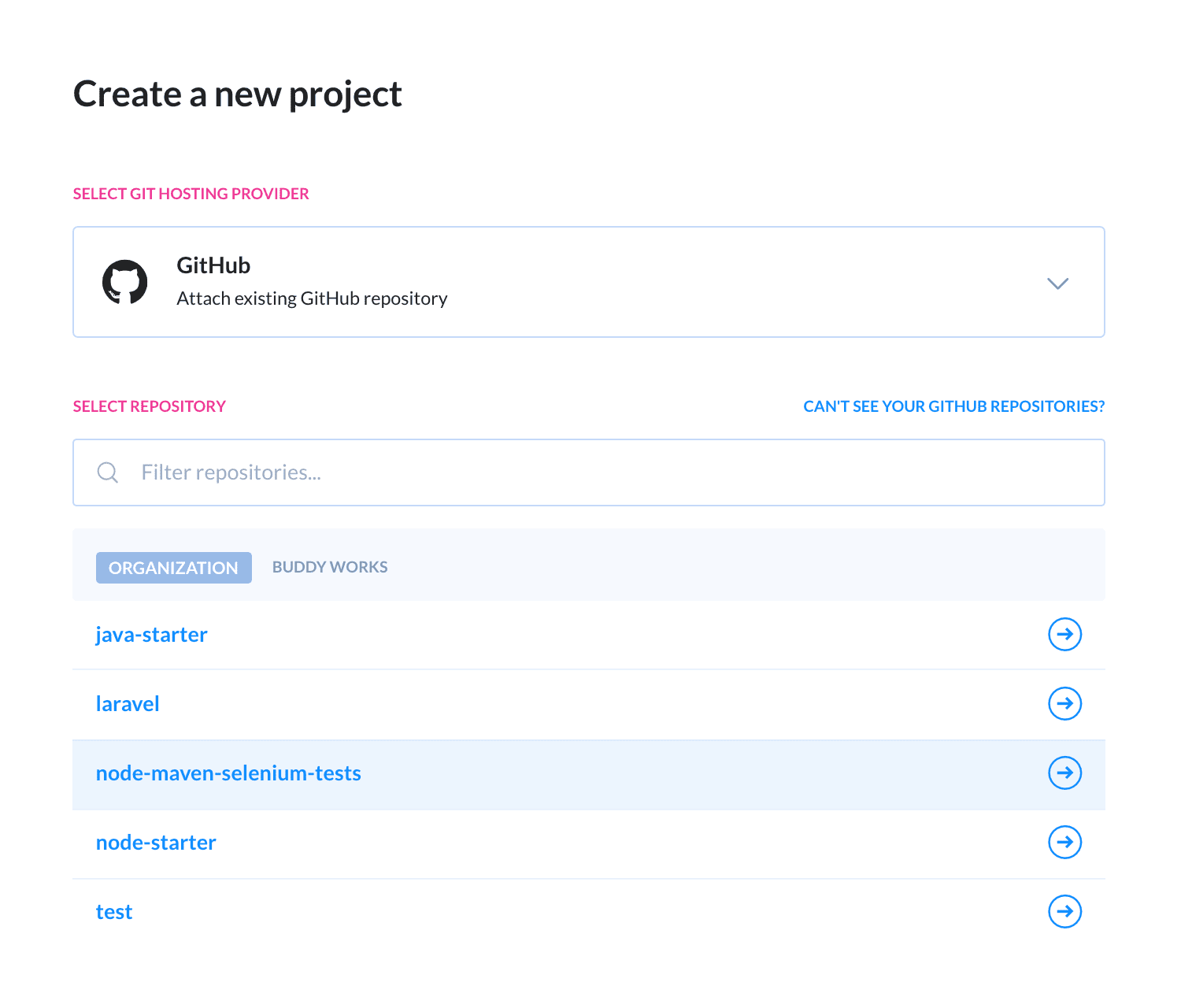 Next, we add a new pipeline and configure it to run on every push to the master branch: 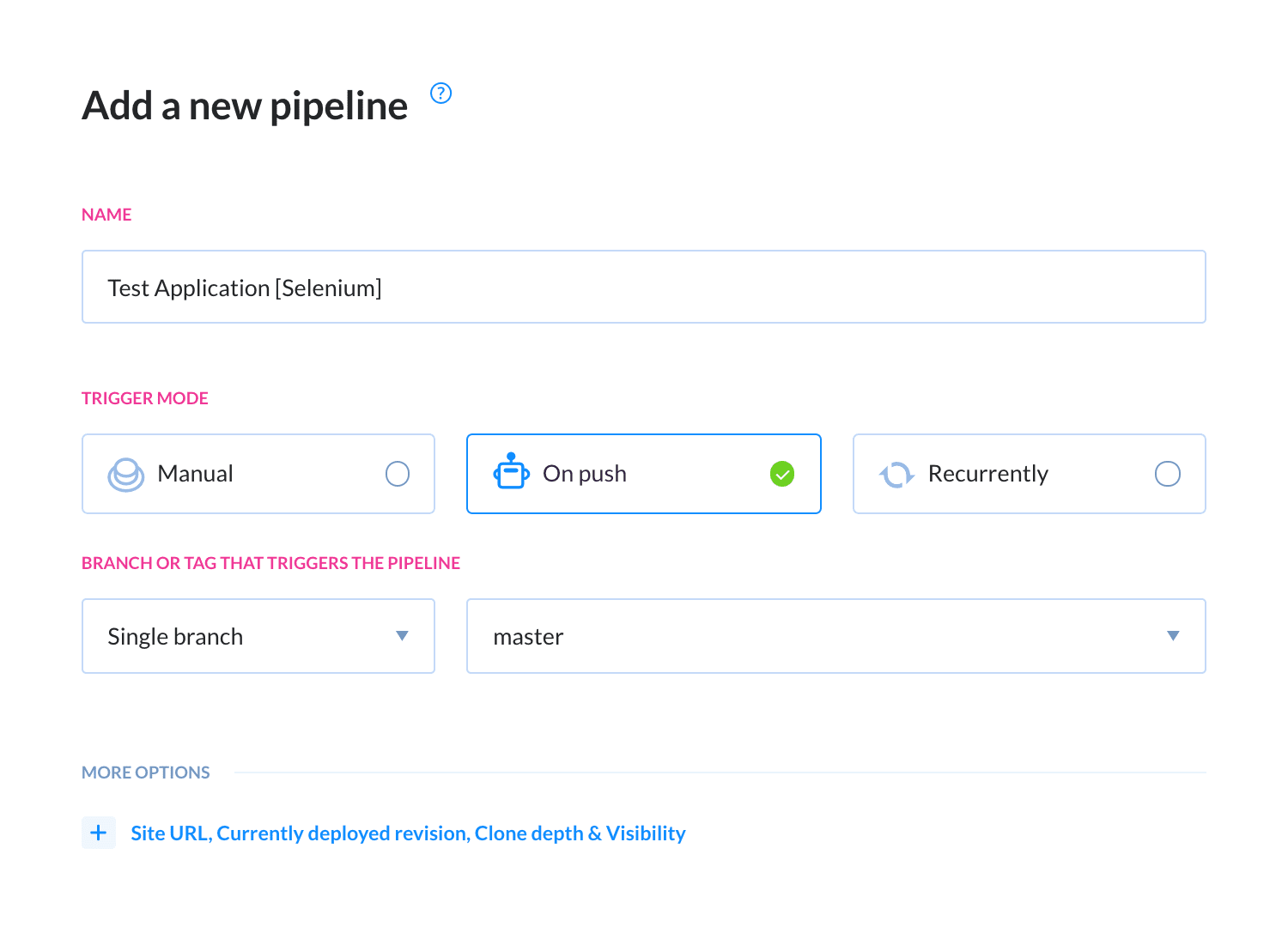 A pipeline can also be triggered manually or on a time interval, on a pull request or a tag push, or using a wildcard that will define which branches can run it. For more information, check out out article on trigger modes in Buddy pipelines.

Now that we specified the target branch and trigger conditions for the pipeline, it's time to add the actions that will run our tasks.

On the actions view, look up Build Image in the Docker section. 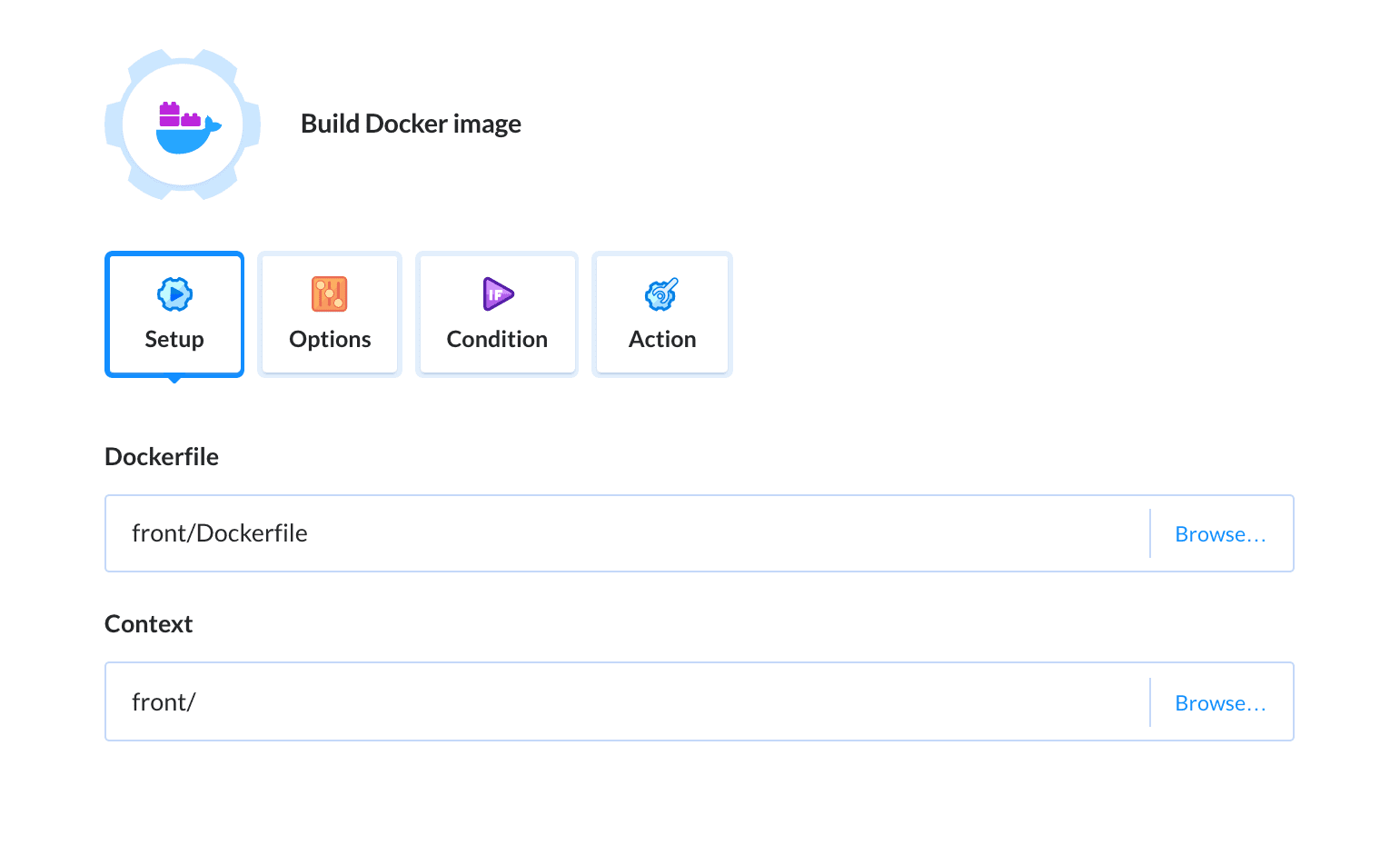 With the Docker image built and waiting, we need something to run the tests. Look up Maven in the builds & task runners section: 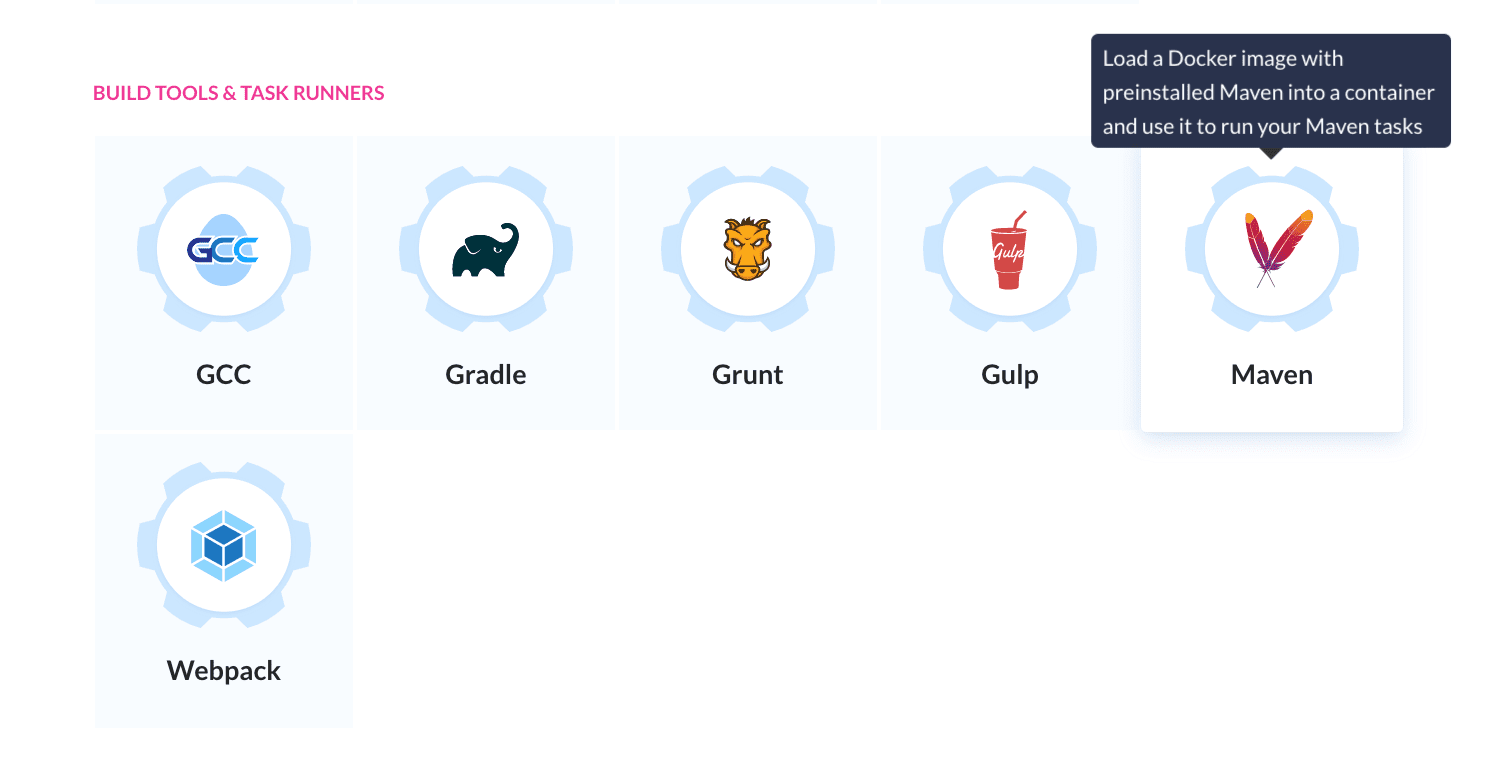 Enter the command that will run the tests, e.g. mvn clean install: 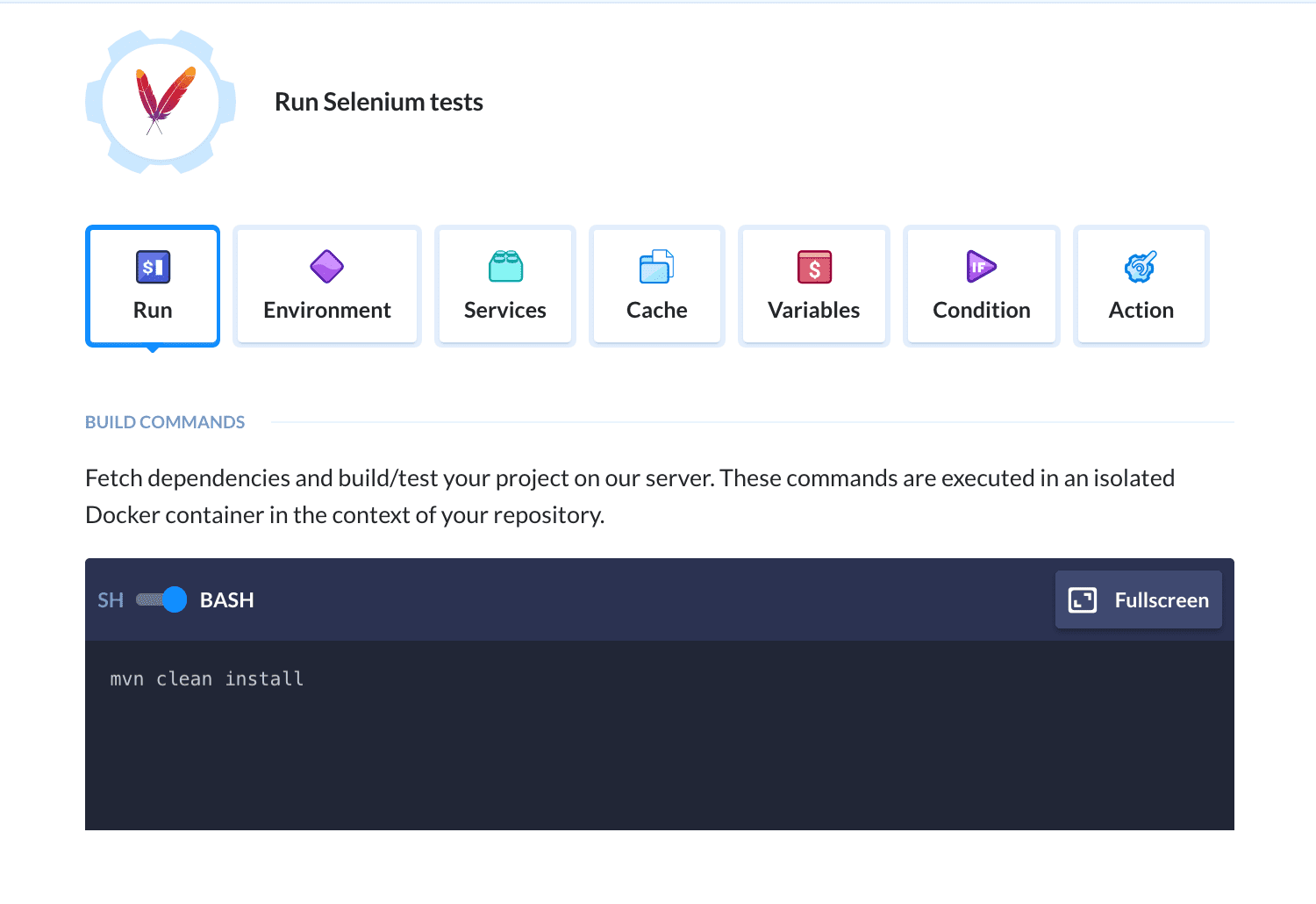 Now we need to add two microservices in the Services tab. Those are essentially Docker containers attached and linked to the main build container.

Once configured, the action will run 3 interlinked containers: Maven, Selenium, and a custom container. In order to make it work, we need to configure the Selenium server to which the tests will connect and the address of the application that will be run.

In our application, we defined them in lines 23 and 30 respectively. The hostnames should reflect those entered in the services of the Maven action:

Variables like hostname can be defined in the pipeline as an environment variables. If a variable is not resolved in runtime, you can use the Find & Replace action that will swap its values.

If all tests have passed successfully, the image can be pushed to a Docker registry:

Buddy has native integrations with Docker Hub, Amazon ECR and Google GCR. You can also push images to your own private registry: 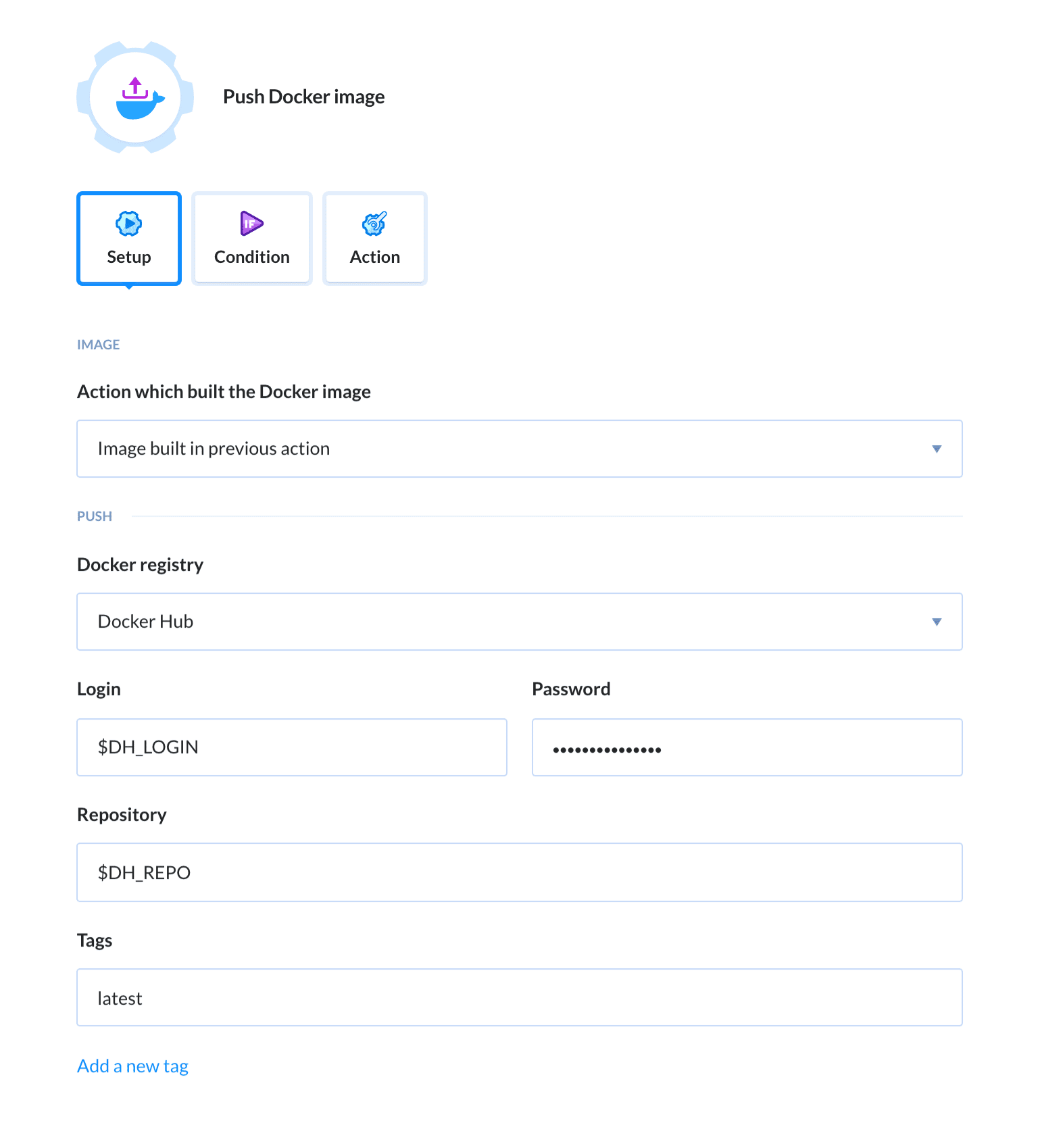 You can find more information on building and pushing Docker images in our documentation.

The image is stored in the registry and ready to be released on the server. With Buddy, you can deploy it to a Kubernetes, Amazon EKS or Azure AKS cluster, or you can simply run docker-compose on your own server.

For more information on K8s, check out our guide on container orchestration on Kubernetes clusters.

Letting your team know that the tests have failed – or your client that a new version is waiting for review – is key to any software development business, which is basically one continuous build-test-release operation. Buddy natively integrates with the most popular notification services, including Slack, Discord, and Telegram: 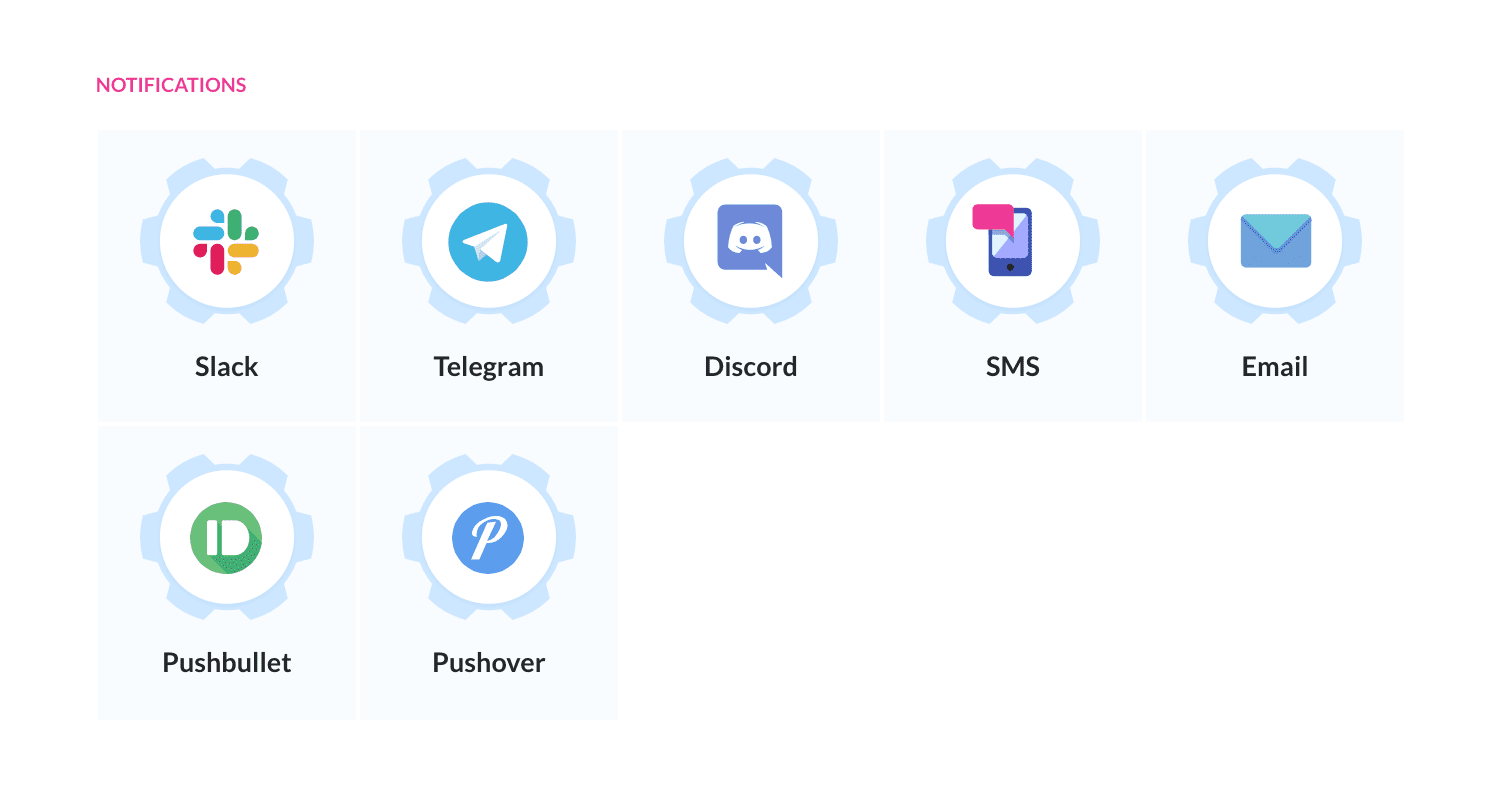 You can add two notifications with different messages: one in the primary section for actions that have finished successfully, and one in the on failure section sent whenever your tests or deployment have failed. This way you can keep the QA team informed whenever taking action is required.