Do more with SSH

Buddy CI/CD allows you to instantly implement SSH with 100+ ready to use actions to automate your development and build better apps faster.

Use SSH in Buddy CI/CD
OverviewIntegrationsTutorialsAlternatives

This action executes SSH commands on a remote server.

Buddy connects to a remote server using its SSH client. 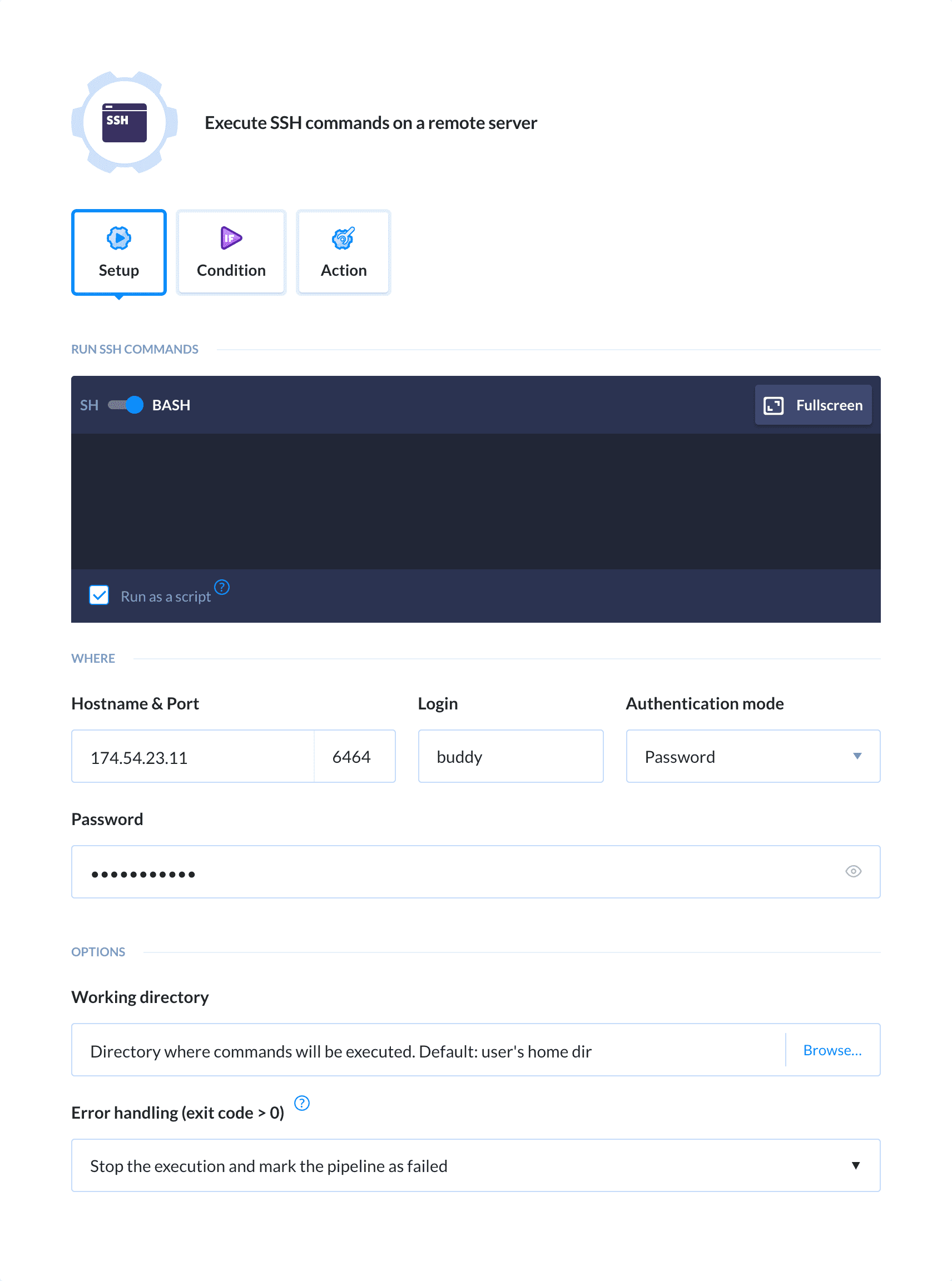 Do more with SSH

Buddy allows you to instantly connect SSH with 100+ actions to automate your development and build better apps faster.

Secure Shell (or SSH for short) is an encrypted network protocol for operating securely in the network. SSH creates a separate secure channel that overlays an unsecured network. SSH is usually used to log into a machine remotely, in order to execute commands.