Buddy CI/CD allows you to instantly implement Build Docker Image with 100+ ready to use actions to automate your development and build better apps faster.

This action builds Docker image using Dockerfile. It’s also possible to use this action to push a built image to a Docker registry. 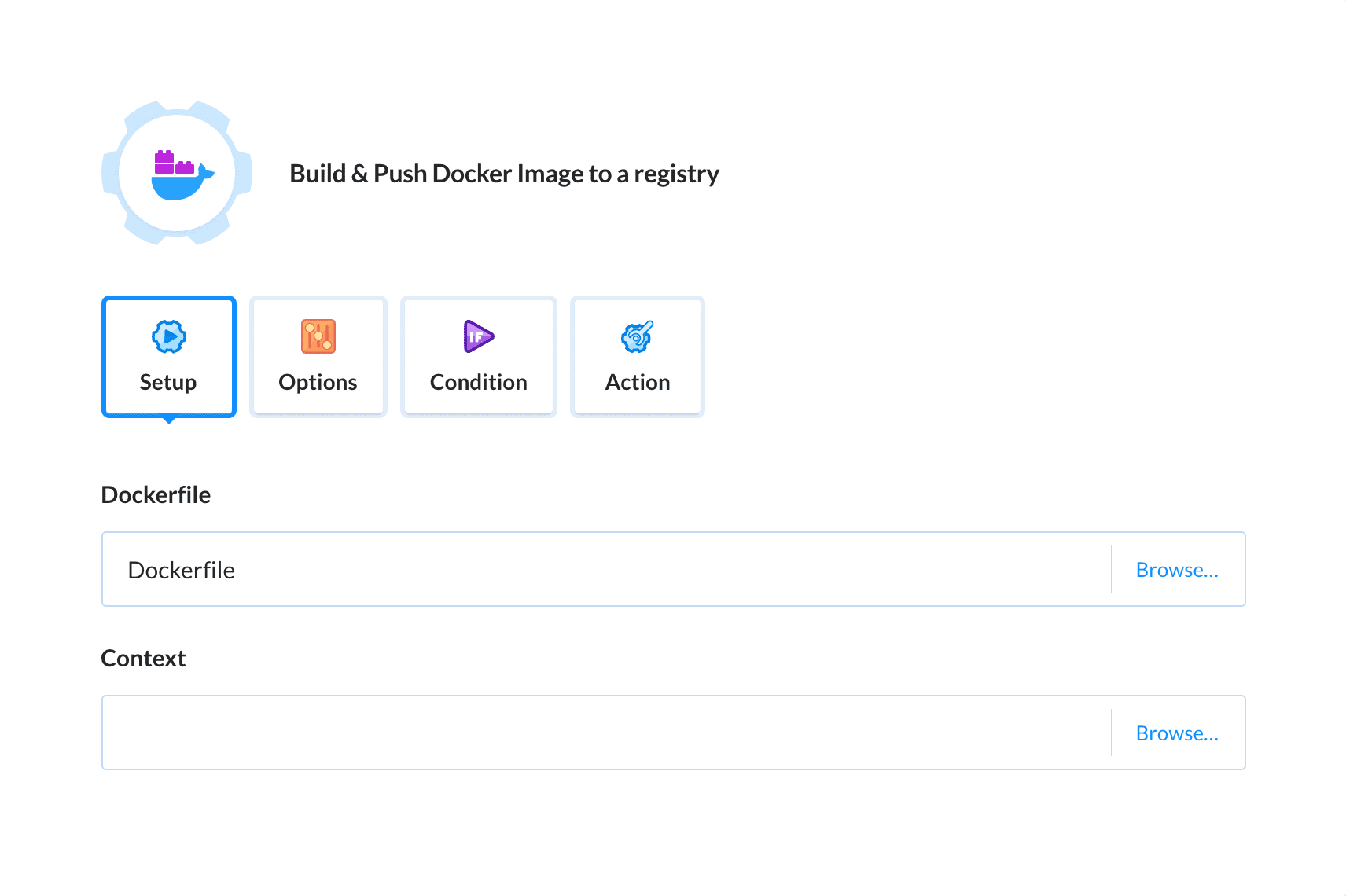 Buddy allows you to instantly connect Build Docker Image with 100+ actions to automate your development and build better apps faster.

Docker delivers virtualized software packages in easy to use isolated environments called "containers". Containers allow developers to bundle up the entire application, with all the required libraries and dependencies and deploy it as a single package greatly enhancing the delivery process.