Do more with Windows

Buddy CI/CD allows you to instantly implement Windows with 100+ ready to use actions to automate your development and build better apps faster.

Use Windows in Buddy CI/CD
OverviewIntegrationsAlternatives

This action allows you to build and test .NET apps. You can use it to run NUnit tests and generate artifacts (such as .exe files) and then deploy them.

Test and build commands defined by the user, are run on a previously built virtual machine running Windows OS. All commands are executed in the context of the repository. Once the commands are run, dependencies and artifacts are saved in the pipeline's filesystem and the virtual machine is terminated. 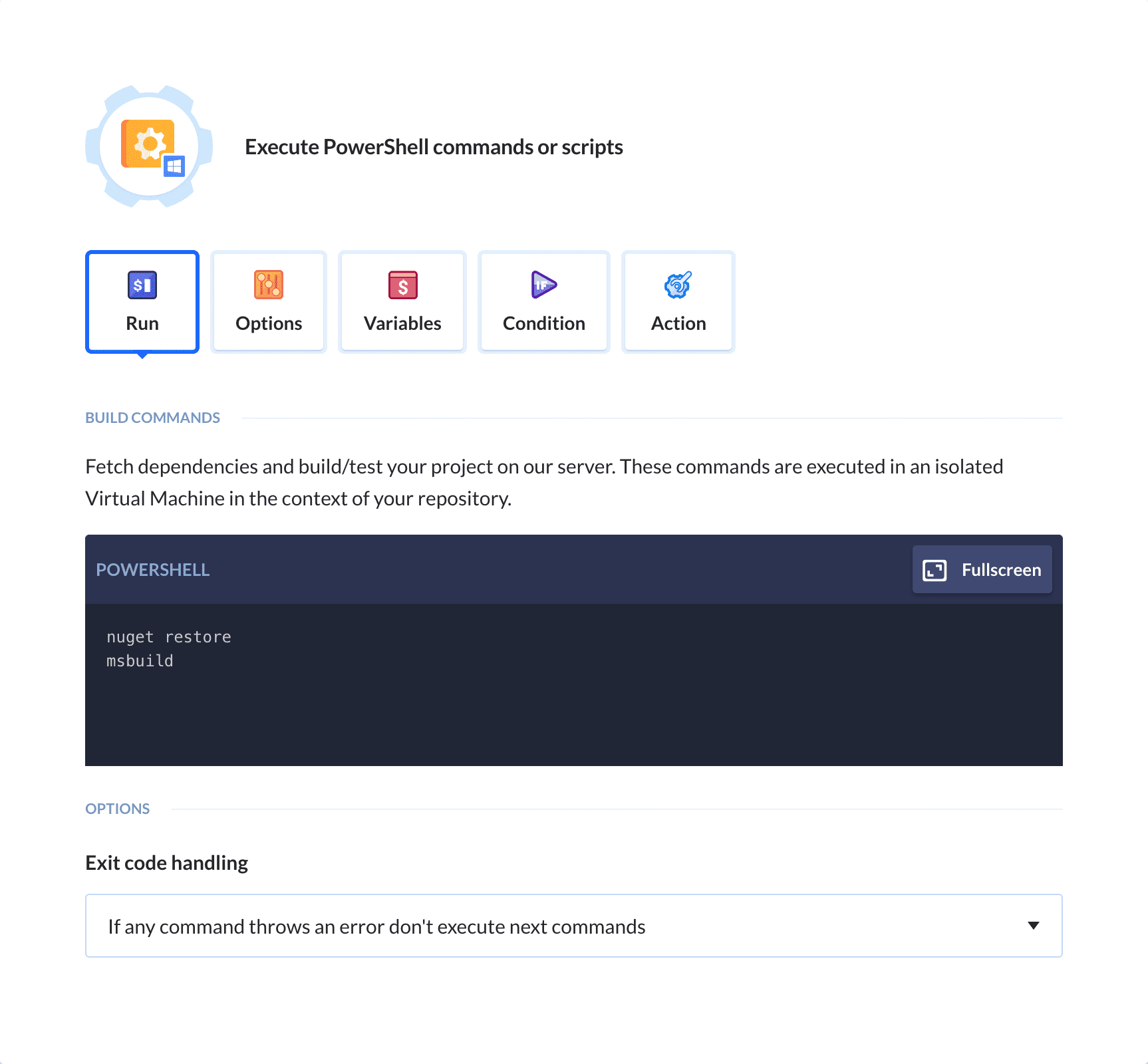 Do more with Windows

Buddy allows you to instantly connect Windows with 100+ actions to automate your development and build better apps faster.

Originally, Buddy supported only Linux wokers. Times change, however, and we are proud to present our first implementation of a dedicated Windows build action