Buddy CI/CD allows you to instantly implement Run kubectl CMDs with 100+ ready to use actions to automate your development and build better apps faster.

This action executes provided kubectl CMDs against any Kubernetes clusters. In case the commands exit with an error, the action fails. 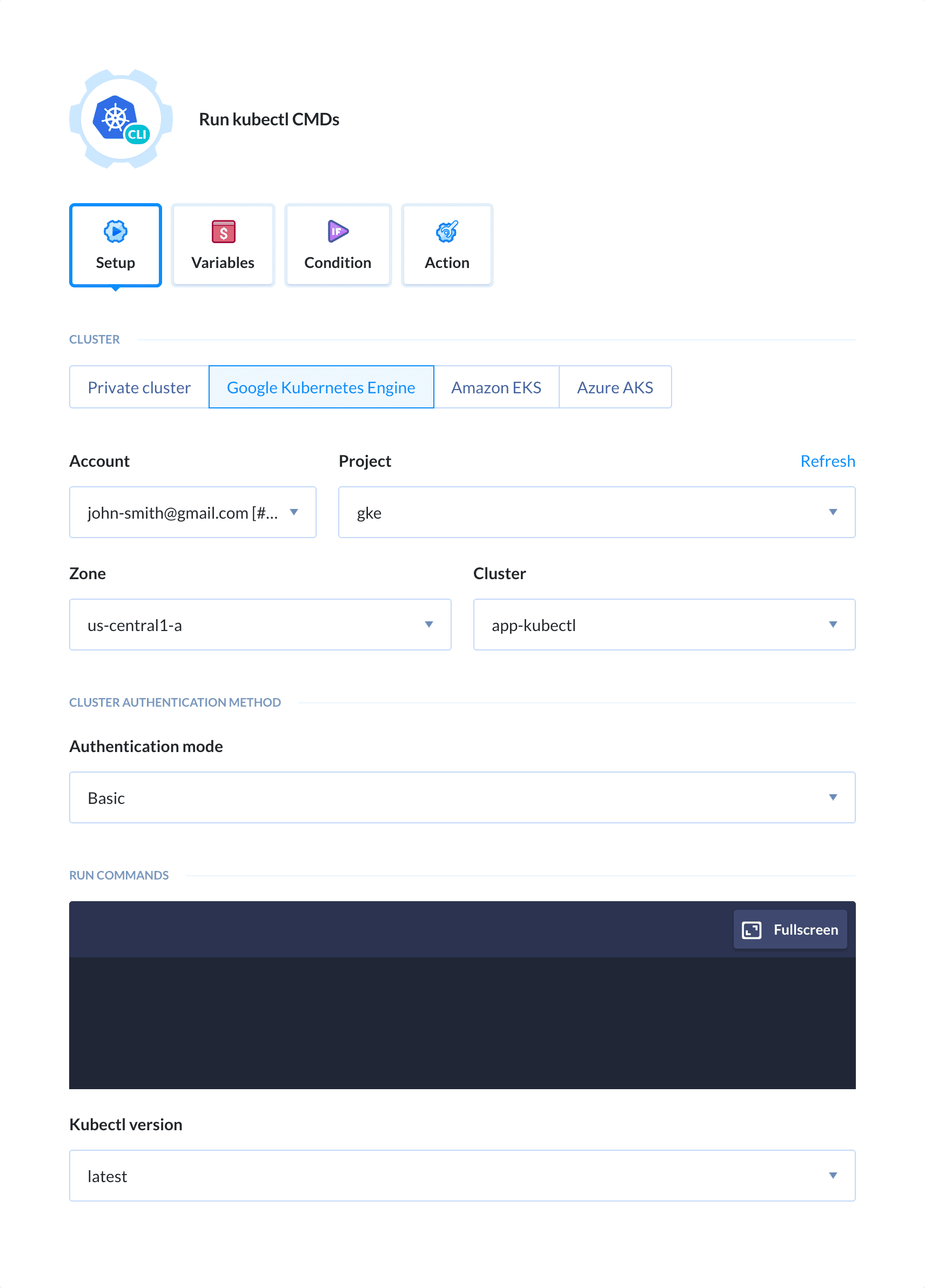 Buddy allows you to instantly connect Run kubectl CMDs with 100+ actions to automate your development and build better apps faster.

Kubernetes, often refered to as 'k8s' is designed by Google open-source container-orchestration system. Designed primarly for Docker (altho it can be used with any other container alternative), Kubernetes allows for easy deployments, scaling and monitoring of your containers.