Buddy CI/CD allows you to instantly implement Heroku with 100+ ready to use actions to automate your development and build better apps faster.

This action uploads your files from Buddy’s pipeline filesystem to Heroku Dyno, the building blocks that power any Heroku app.

The action uses Buddy’s OAuth integration with a Heroku account. Once it’s set up, it allows for selecting Heroku’s application to deploy to. 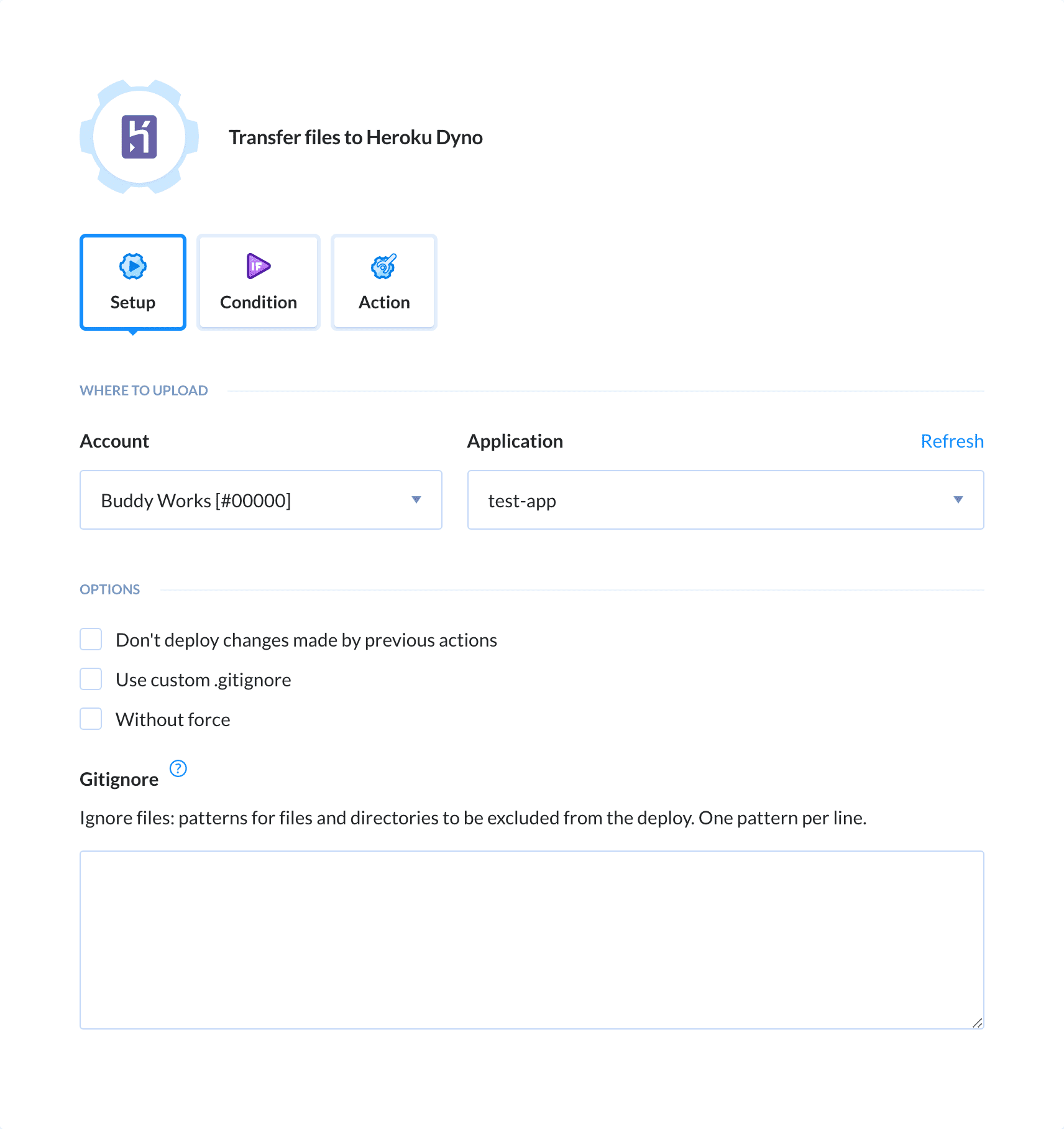 Buddy allows you to instantly connect Heroku with 100+ actions to automate your development and build better apps faster.