Buddy allows you to import your web sites and repositories in a couple of clicks. Whenever you create a new project with Buddy as the source provider, a list of import options will appear in the right column. 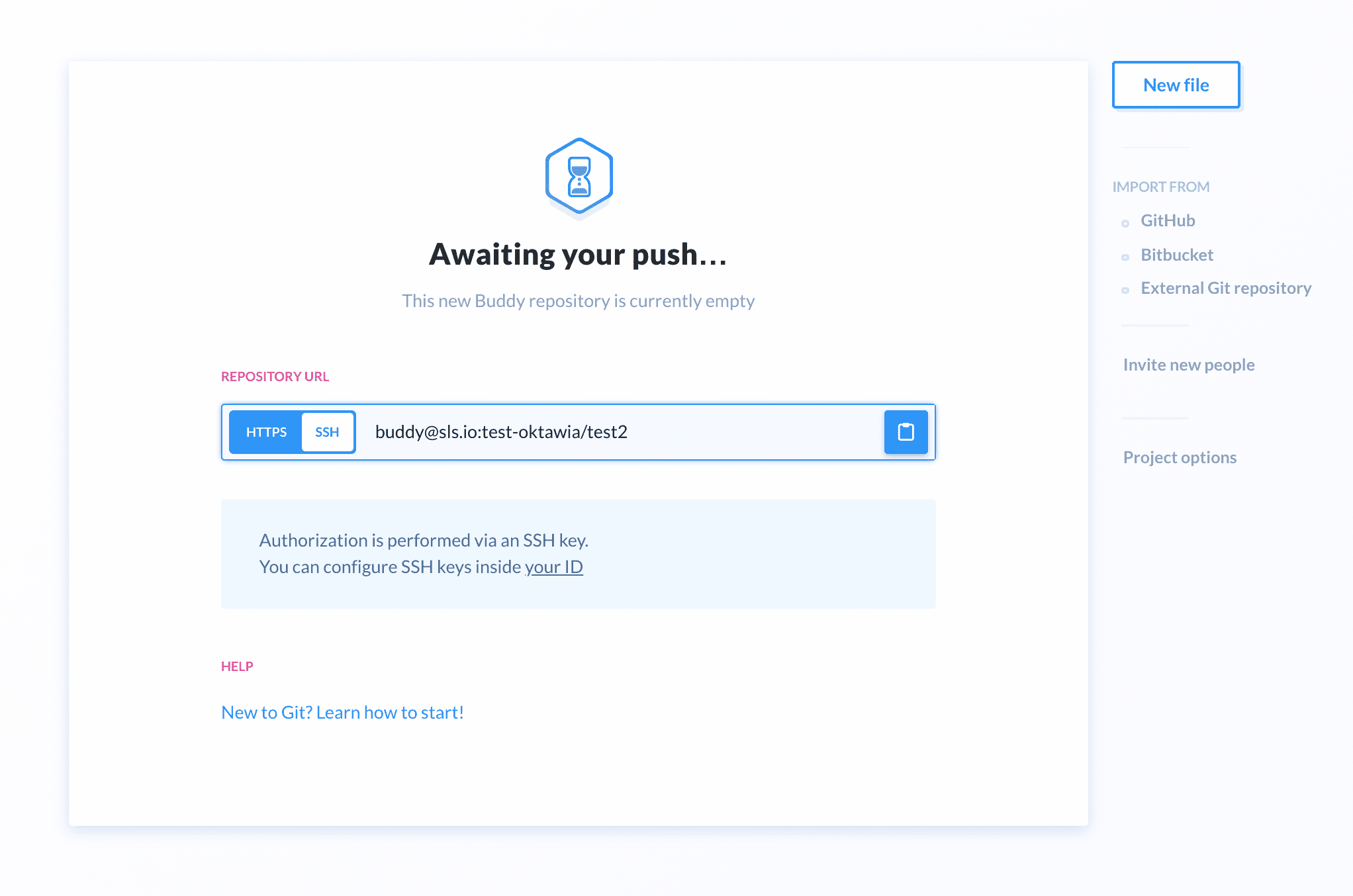 Once the import has finished, the contents of your repository will become available in the Code tab.

You can also synchronize your repository by selecting Your Private Git Server when creating a new project. However, you will not be able to utilize Buddy's version control features.