With Buddy you can build your own Docker images with source code from GitHub, Bitbucket and GitLab (or Buddy) repositories. In this release we've added context path support for Docker image builds—a good opportunity to present how to automate the delivery workflow for Dockerized applications.

The workflow for the Dockerized app is defined in a dockerfile kept in the repository along the source code and looks like this:

Buddy lets you save time and money by automating these steps so that you can focus purely on application coding. 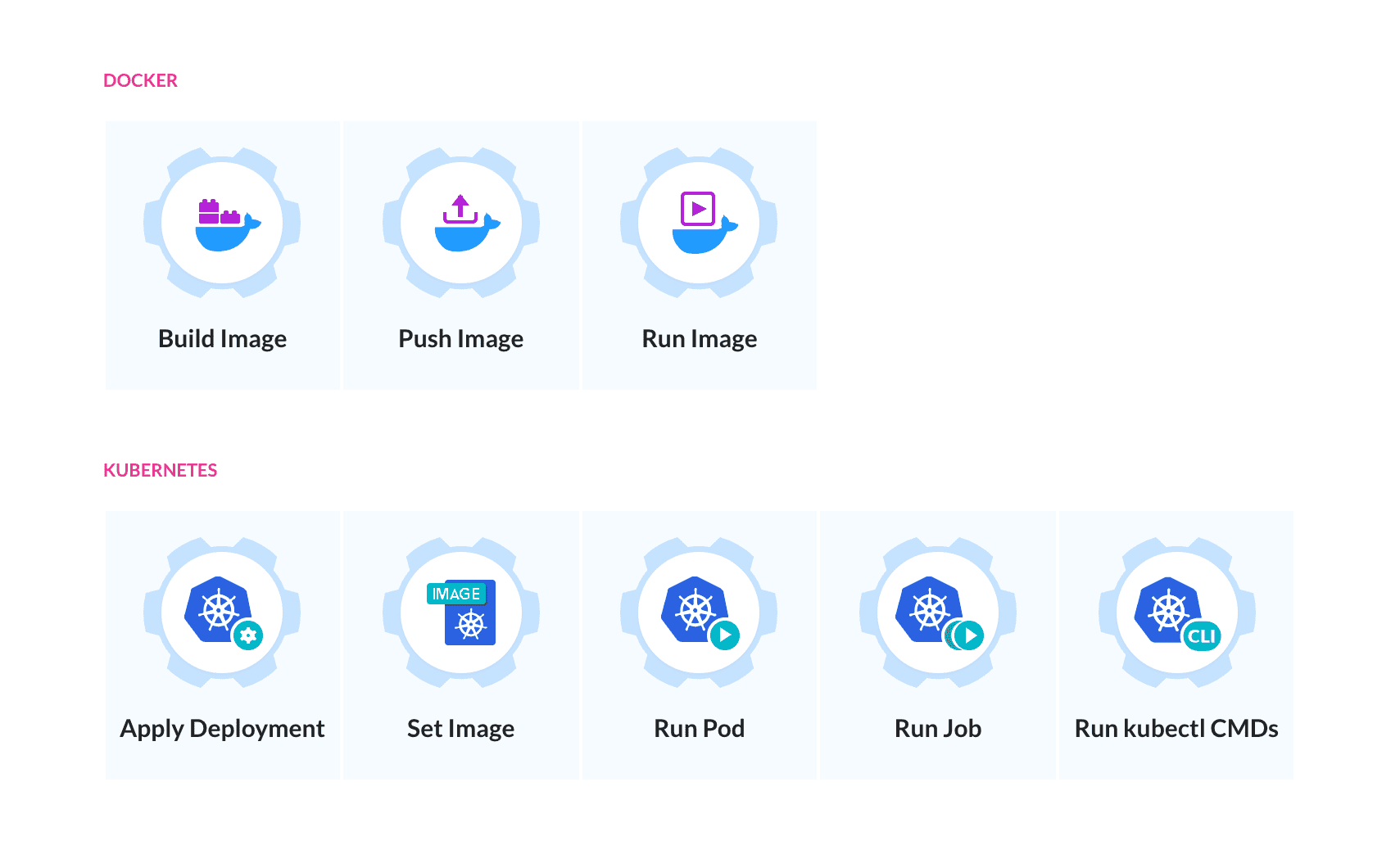 In this paragraph we'll show you how to automate build and push to registry. As a result, on every change in the repository a new version of the application image will appear in the registry. You can fork this repository and use it as template, or use your own:

Once you add the action, every push to the repository will automatically build a new Docker image and push it to the registry with no need for action. You can also run the action manually:

The principle rule of Continuous Deployment is that your code is always tested before it is deployed to the production server. This also applies to the code that you use to build your images. With Buddy you can automatically test every change pushed to the repository by adding a build action before building the Docker image:

When ready, make a push or run the pipeline manually and watch Buddy execute your tests.

Re-running the Docker container after the build

The application is tested and the image is built. At this moment the image is usually run on a server. This too can be handled with Buddy: 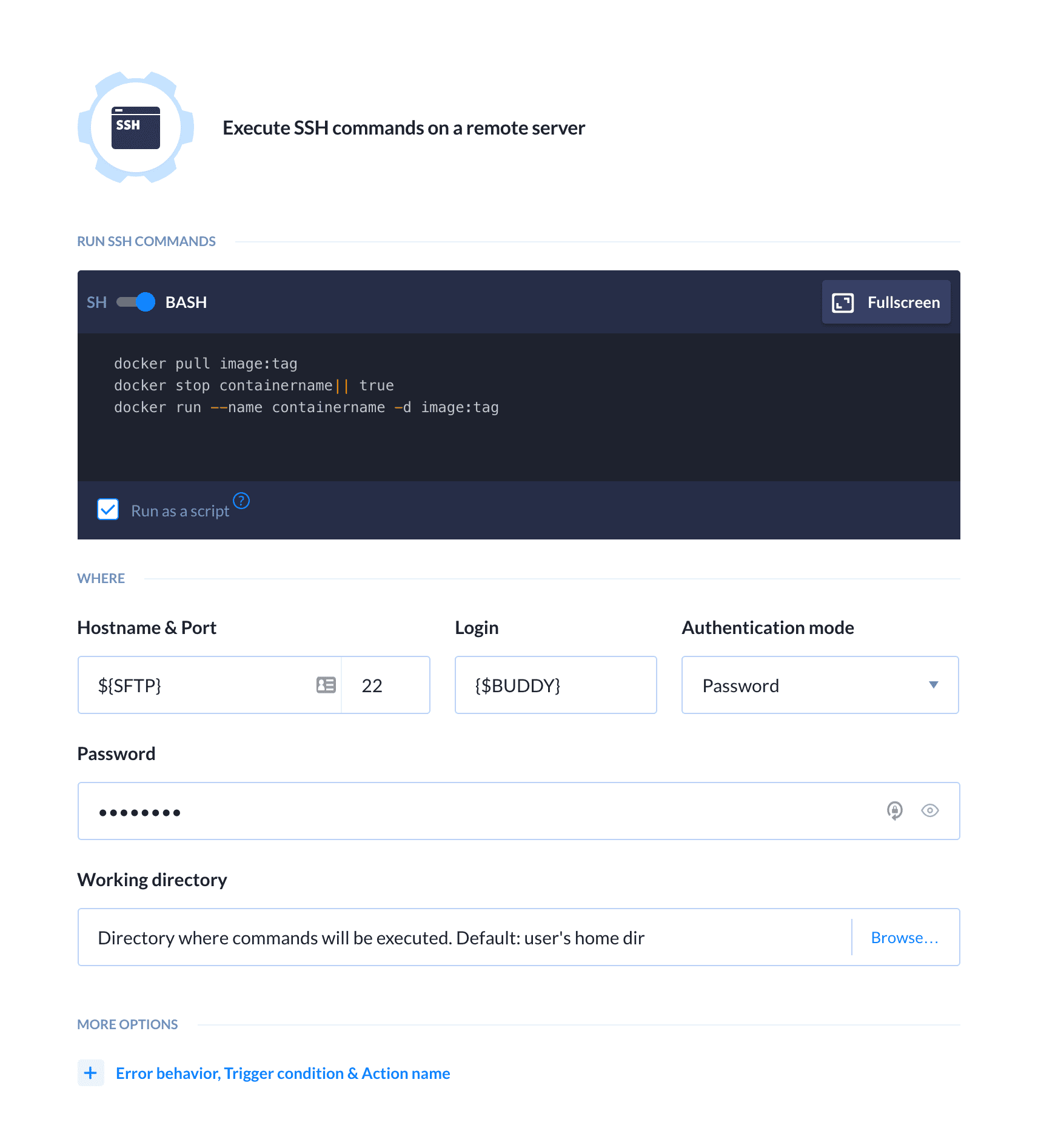 You can use environment variables to store your credentials.