Of all supported Buddy integrations one of the most popular are Amazon Web Services. There are currently 5 AWS services supported by dedicated actions with more to come in the future (depending on the community feedback):

Together with Elastic Beanstalk and EC2, one the most successful Amazon service. A lot of web developers use S3 to store static files (sometimes entire static pages). With Buddy, you can define a pipeline that will automatically upload repository files to the selected S3 Bucket on push to branch. You can add additional actions that will process your files prior to the deployment, eg. Grunt or Gulp.

The project is PHP. Static assets, such as videos, PDFs, Javascript, CSS and image files are kept in an S3 bucket. On every push to the master branch Buddy will test and upload your website to the SFTP server + and update assets on AWS S3.

AWS Elastic Beanstalk is a classic PaaS service, similar to Heroku or Google App Engine. It lets developers upload, build and serve their code, leaving infrastructure configuration and scaling at the AWS side.

Deployment to Elastic Beanstalk is based on uploading a zip file with the application code. Buddy lets you create a pipeline that will upload the package automatically on push, on demand, or recurrently at a given time. Just like with S3, you can add build and test actions before the deployment.

You can also Dockerize your apps first and deploy them Elastic Beanstalk later:

You can read more about building Docker images in this article 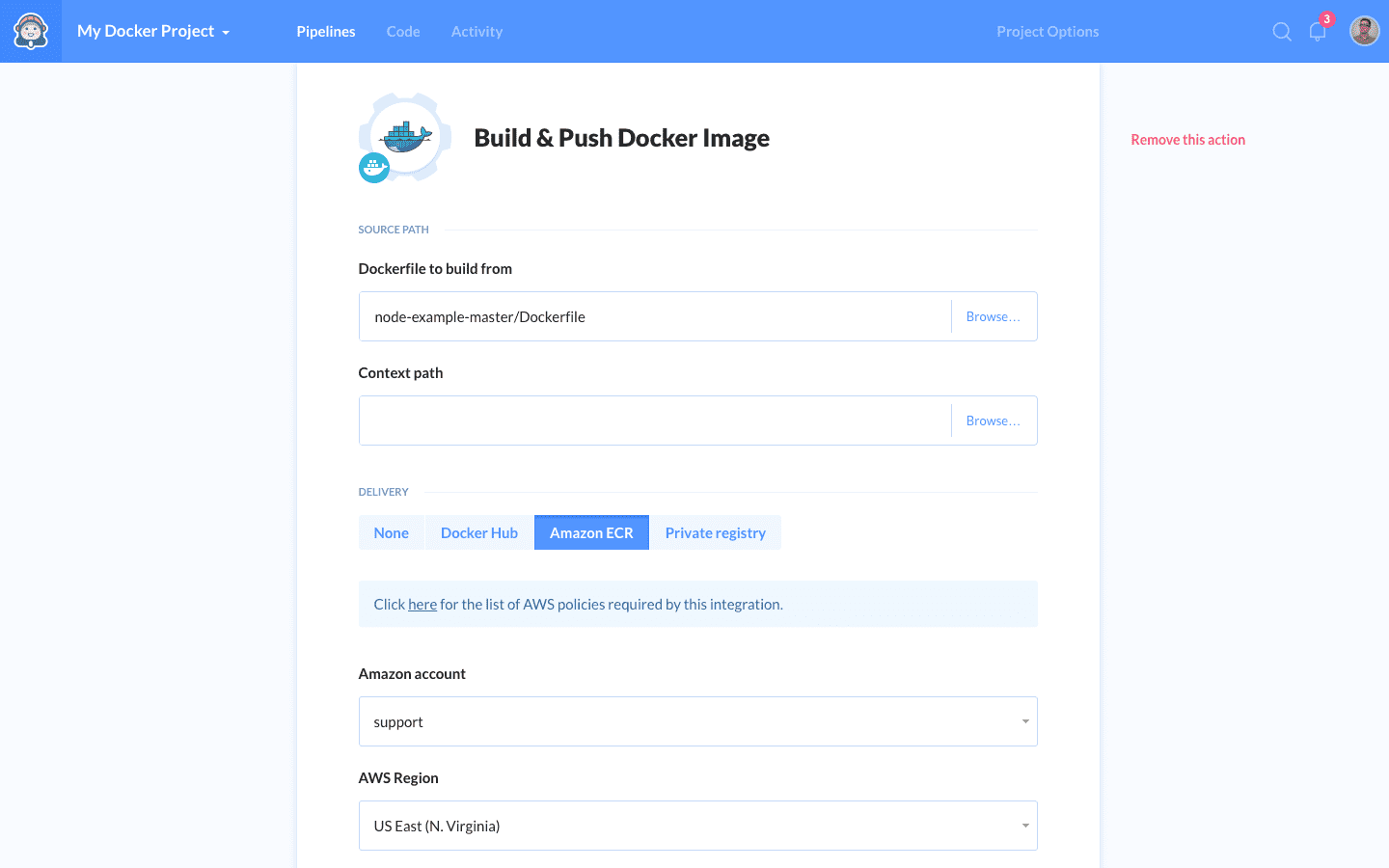 AWS Lambda allows developers run code without provisioning servers. It scales to the size of the application and execute only when required, from a couple of requests per day to thousands of operations per second. With Buddy, you can automate deployment of Lambda functions to S3 buckets or trigger the functions with a dedicated Lambda action.

Let's assume we have a web application with backend executed in Lambda functions. Both backend and frontend is stored in the same repository. The pipeline for that could look like this: 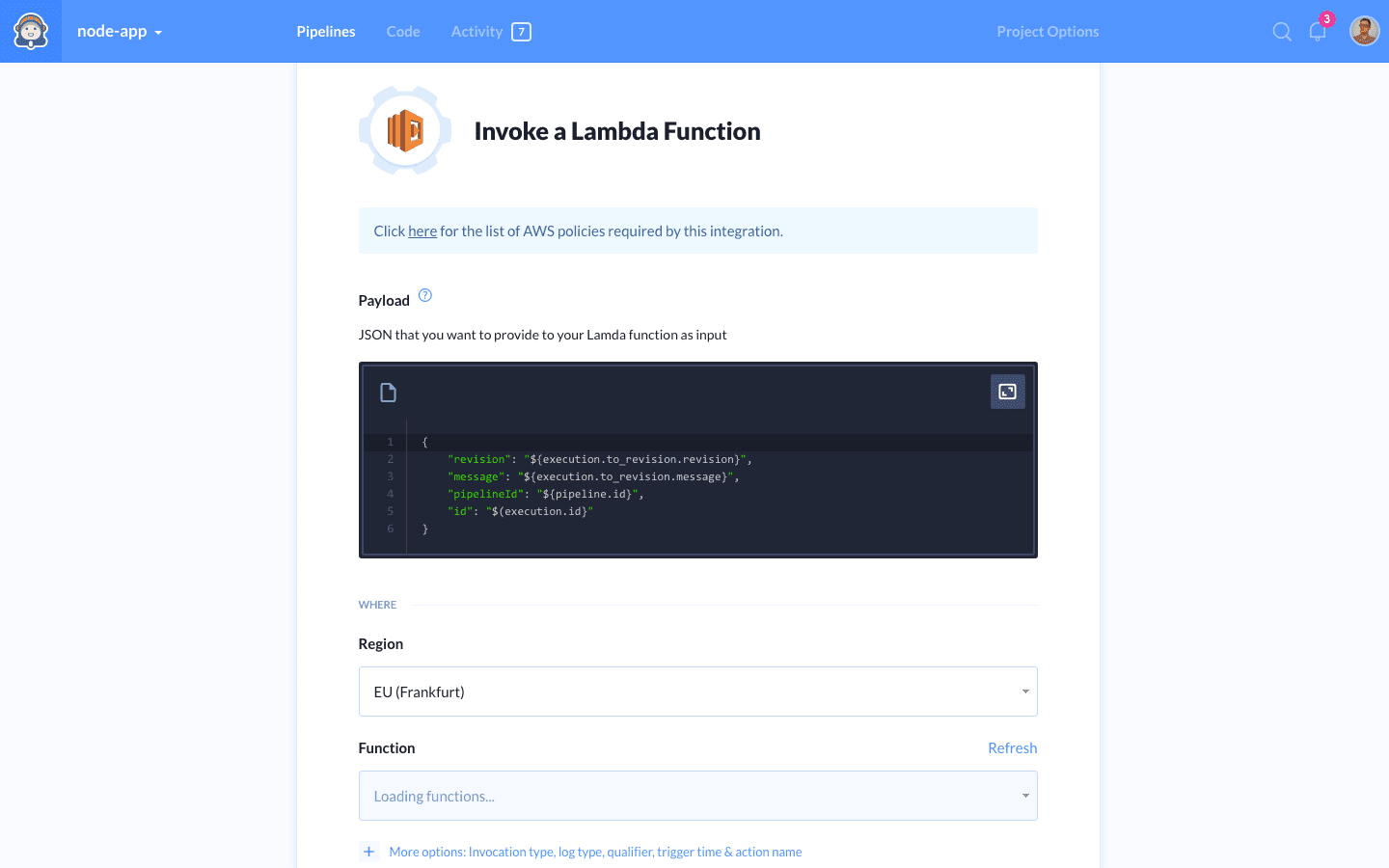 CodeDeploy is a tool that facilitates application deployment to EC2 instances and custom user servers. The whole process boils down to uploading the app to CodeDeploy via S3, with the rest of operations handled entirely by AWS.

Let's assume we have a Node.js project that requires performing Gulp tasks and tests before the deployment. With Buddy, you can create a pipeline that will, for example, execute all of the above once a day at midnight – provided there were any changes at all in the repository. If one of the actions has failed, a notification with the error description will be sent to the selected Slack channel. 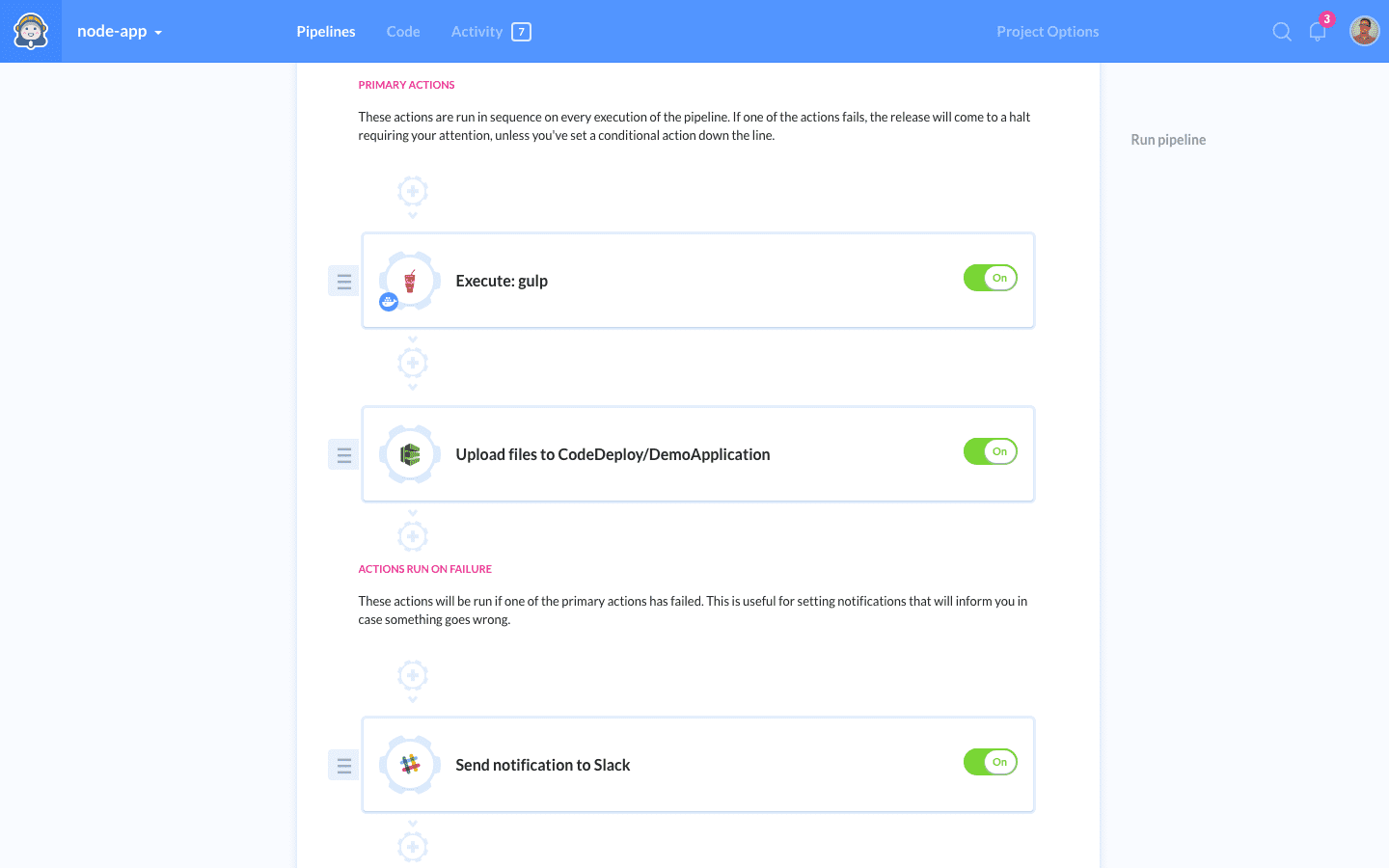 In order to make the AWS actions work properly, you need to define the policies for them. You can find the complete list of policies here.