This action launches a Docker container using the official PHP image which is customized with preinstalled PHPUnit and Composer. The container runs composer install and phpunit commands. Once the commands stop running, the container is terminated. 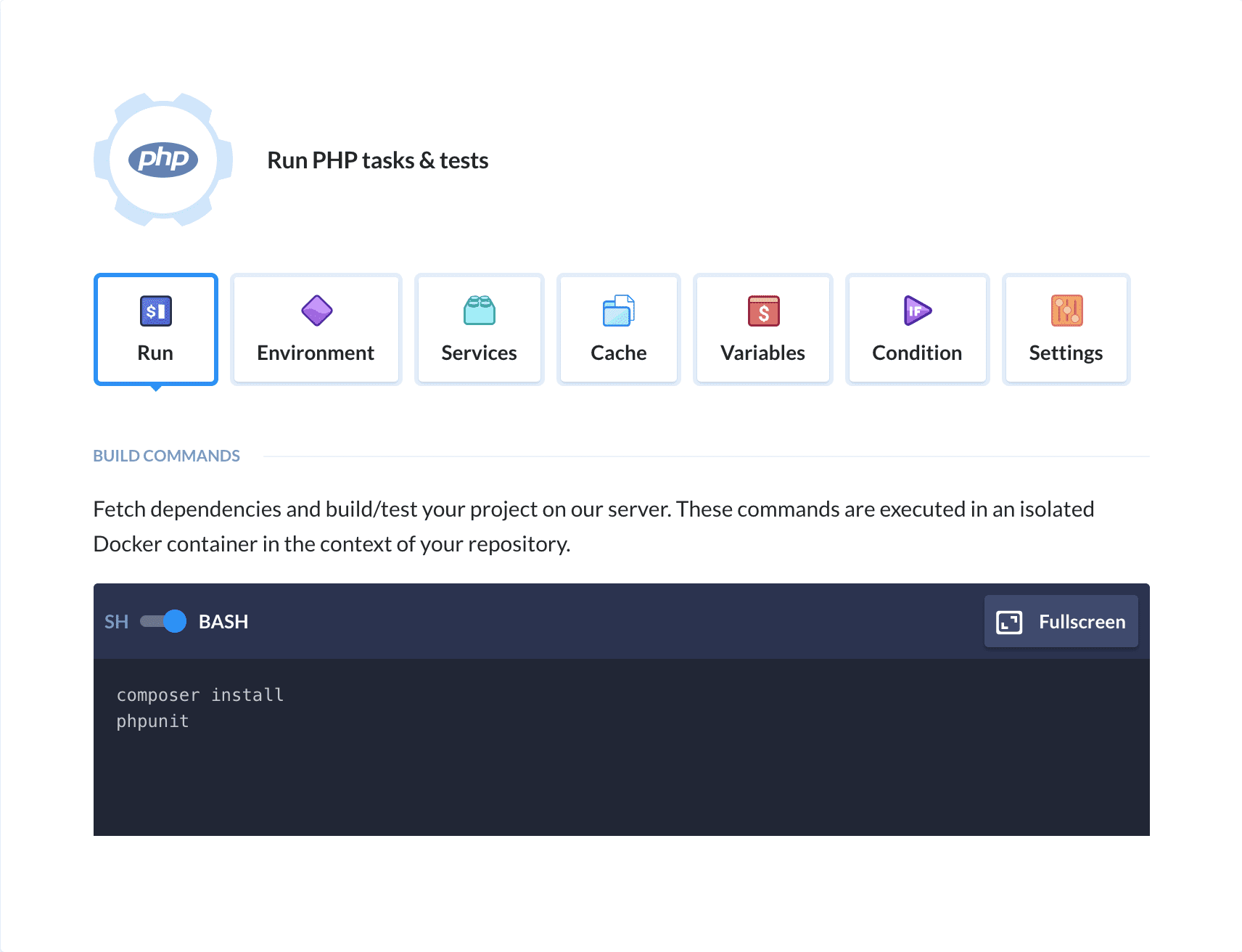 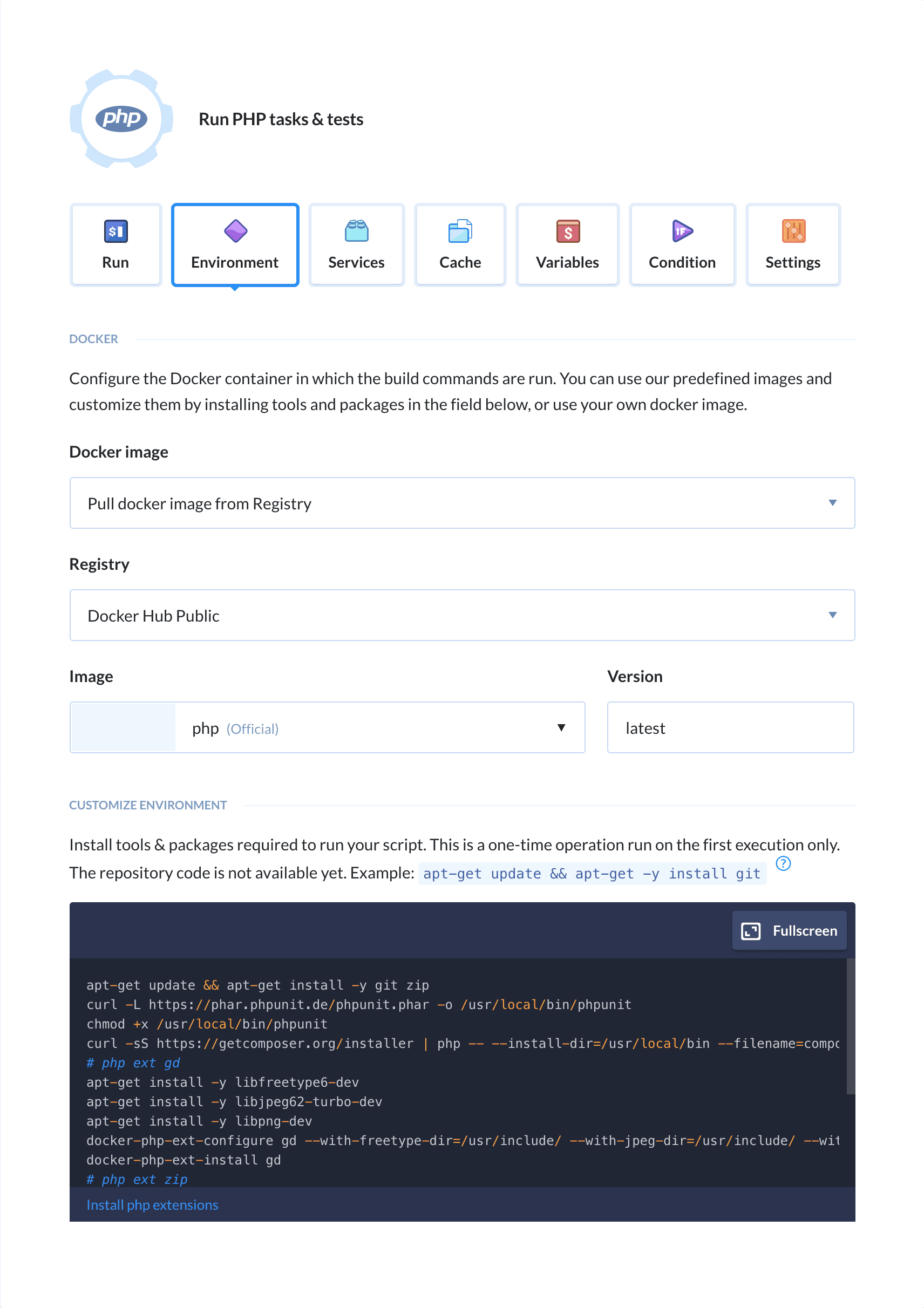 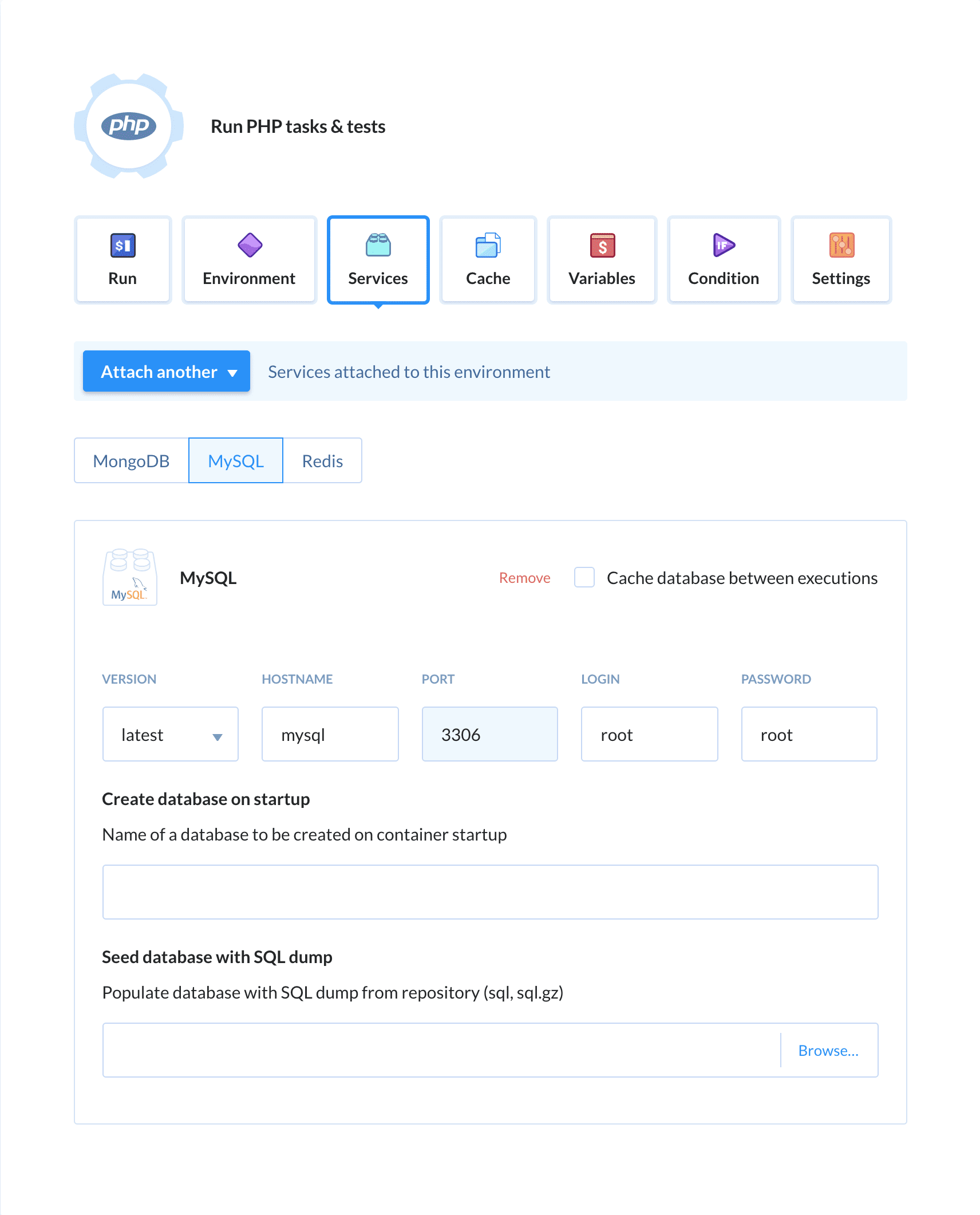 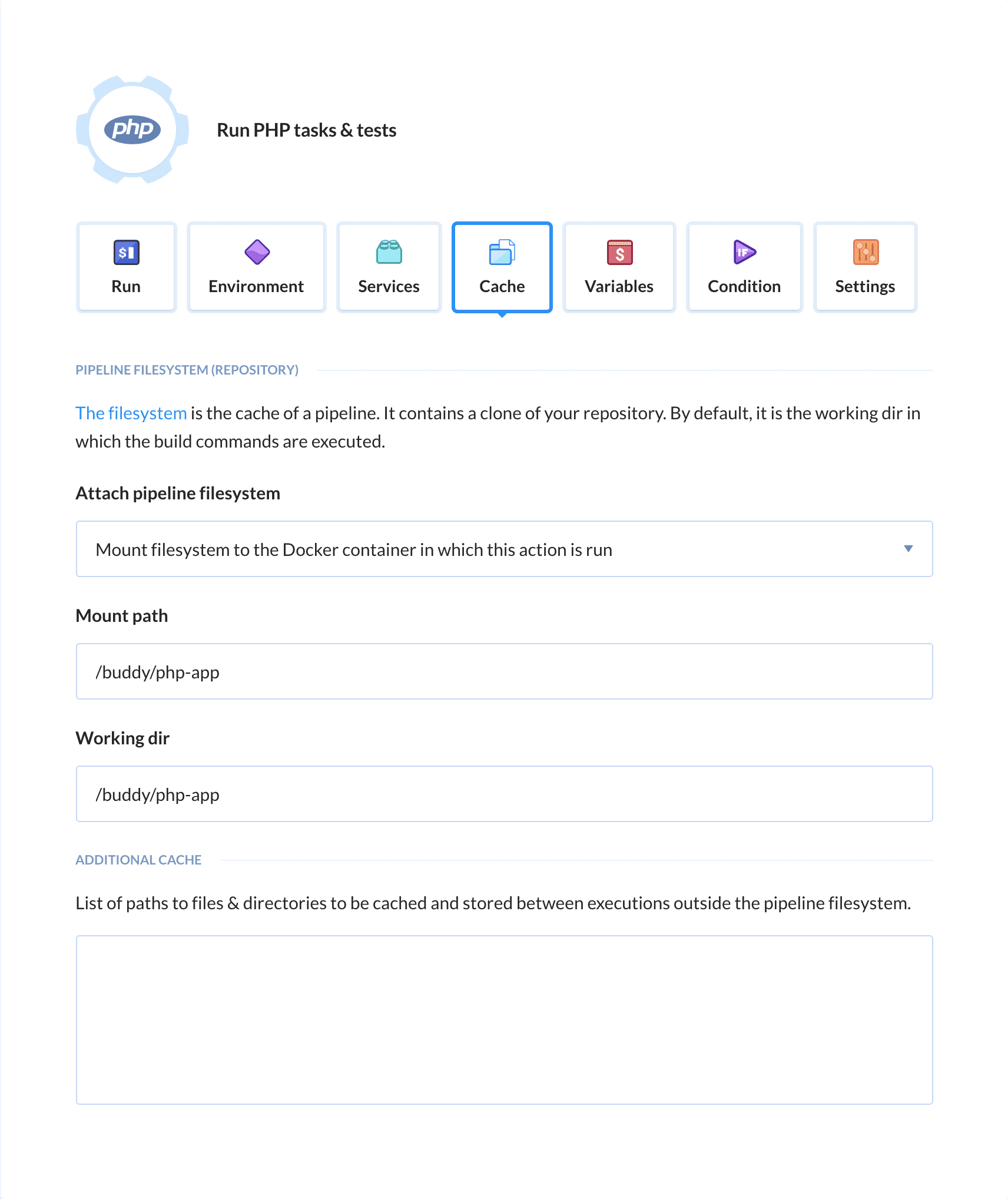 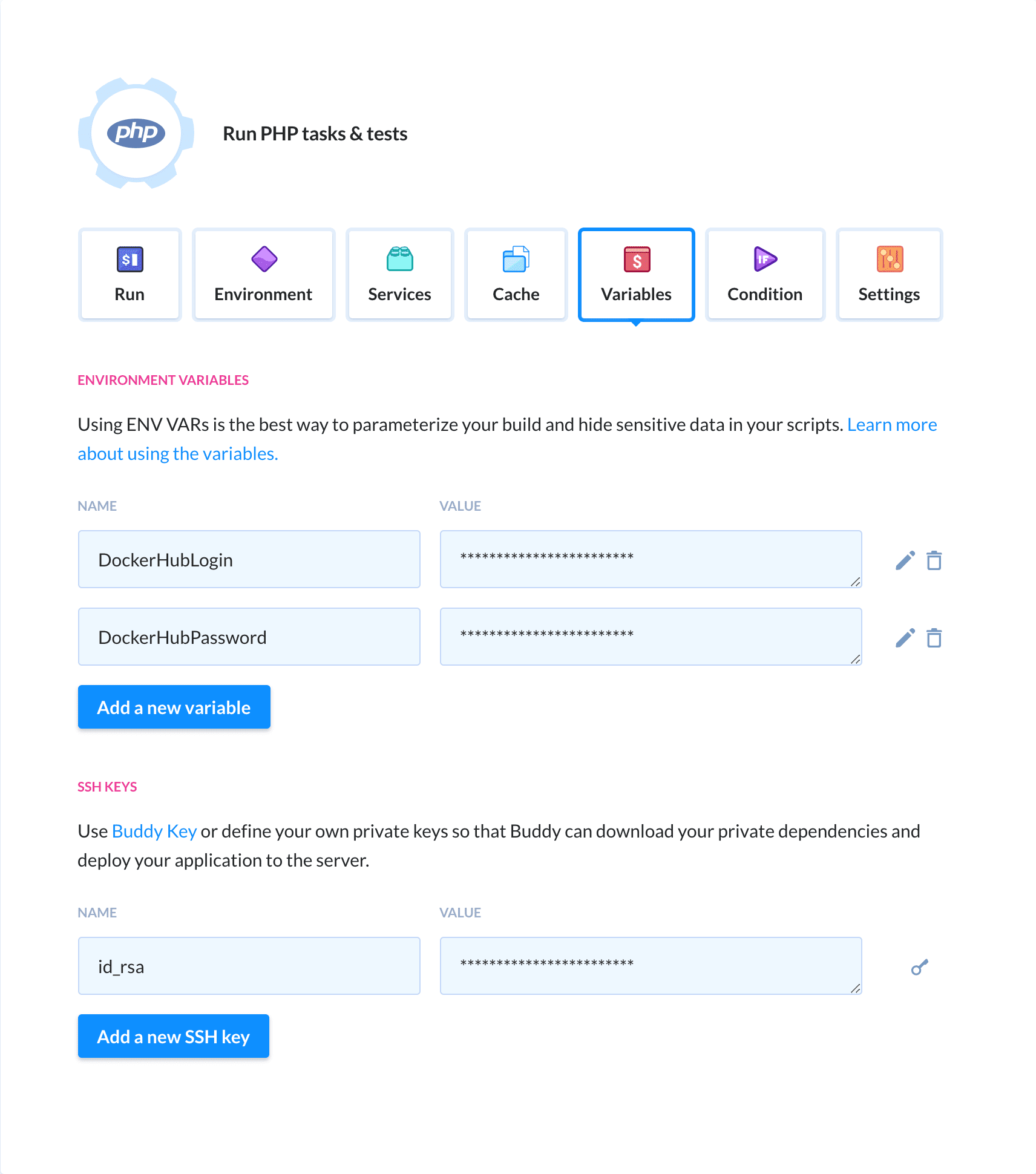 Do more with PHP

Buddy allows you to instantly connect PHP with 100+ actions to automate your development and build better apps faster.

PHP (Hypertext Pre-Processor) is one of the most popular general-use languages used mostly for web development. Created back in 1994 by Rasmus Lerdorf, PHP is currently a go-to language for server-side web development, used by the biggest blogging engine available: WordPress.

Connect PHP with the tools you use everyday and find your web development super-powers.