This action generates static files with Hugo, one of the most popular open-source static site generators. With its amazing speed and flexibility, Hugo makes building websites fun again.

This action launches a Docker container using the official Ubuntu image which is customized with preinstalled Hugo. The container runs hugo -c command. Once the commands stops running, the container is terminated. 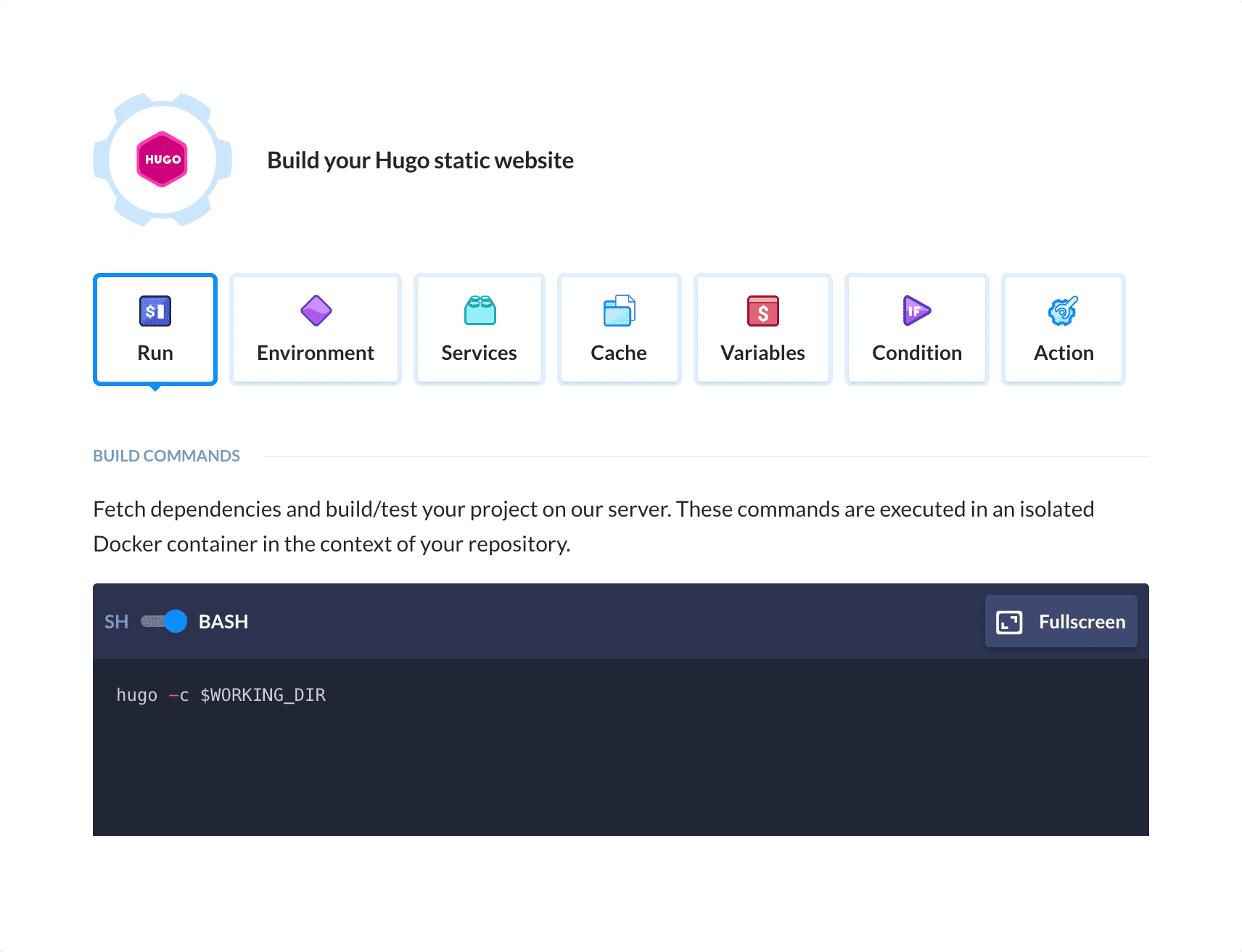 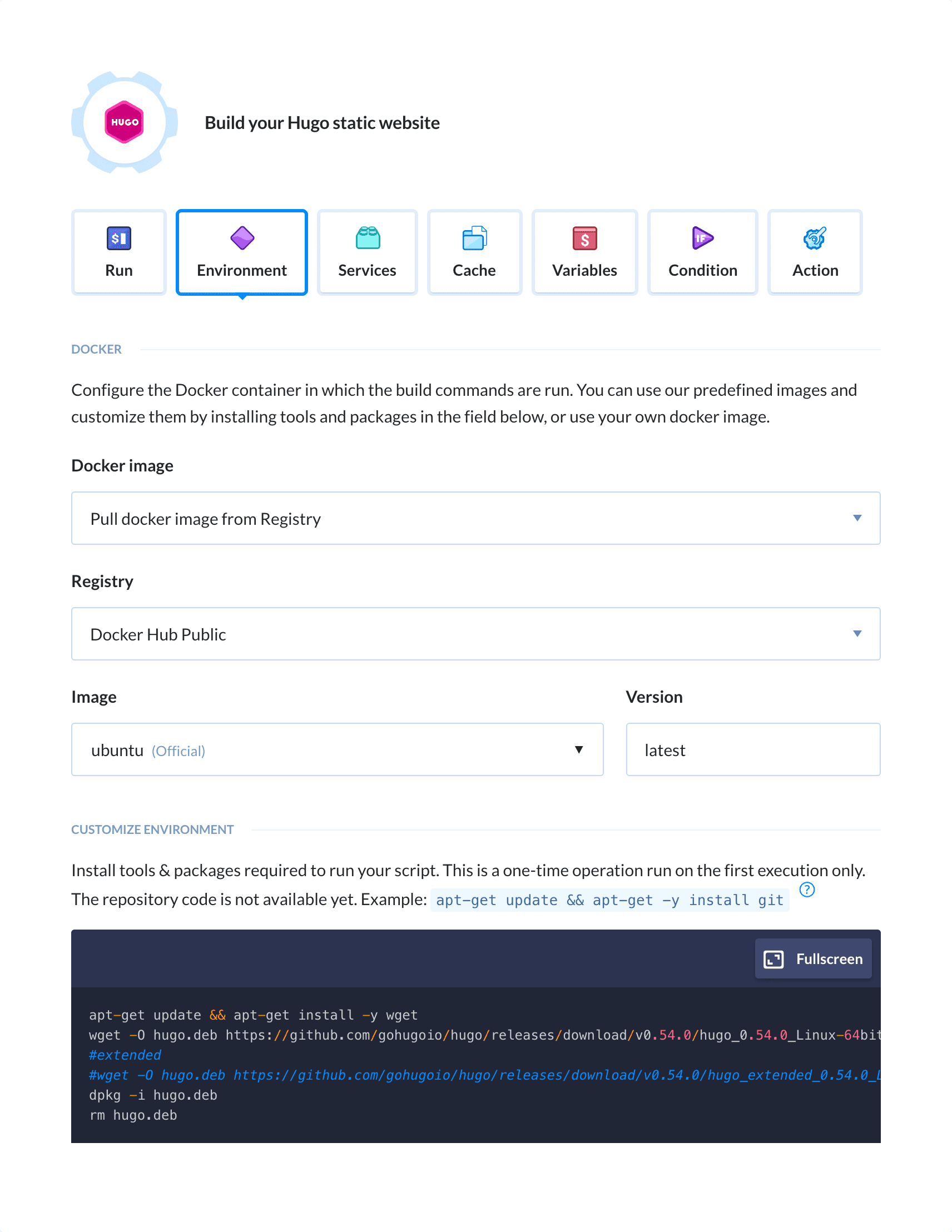 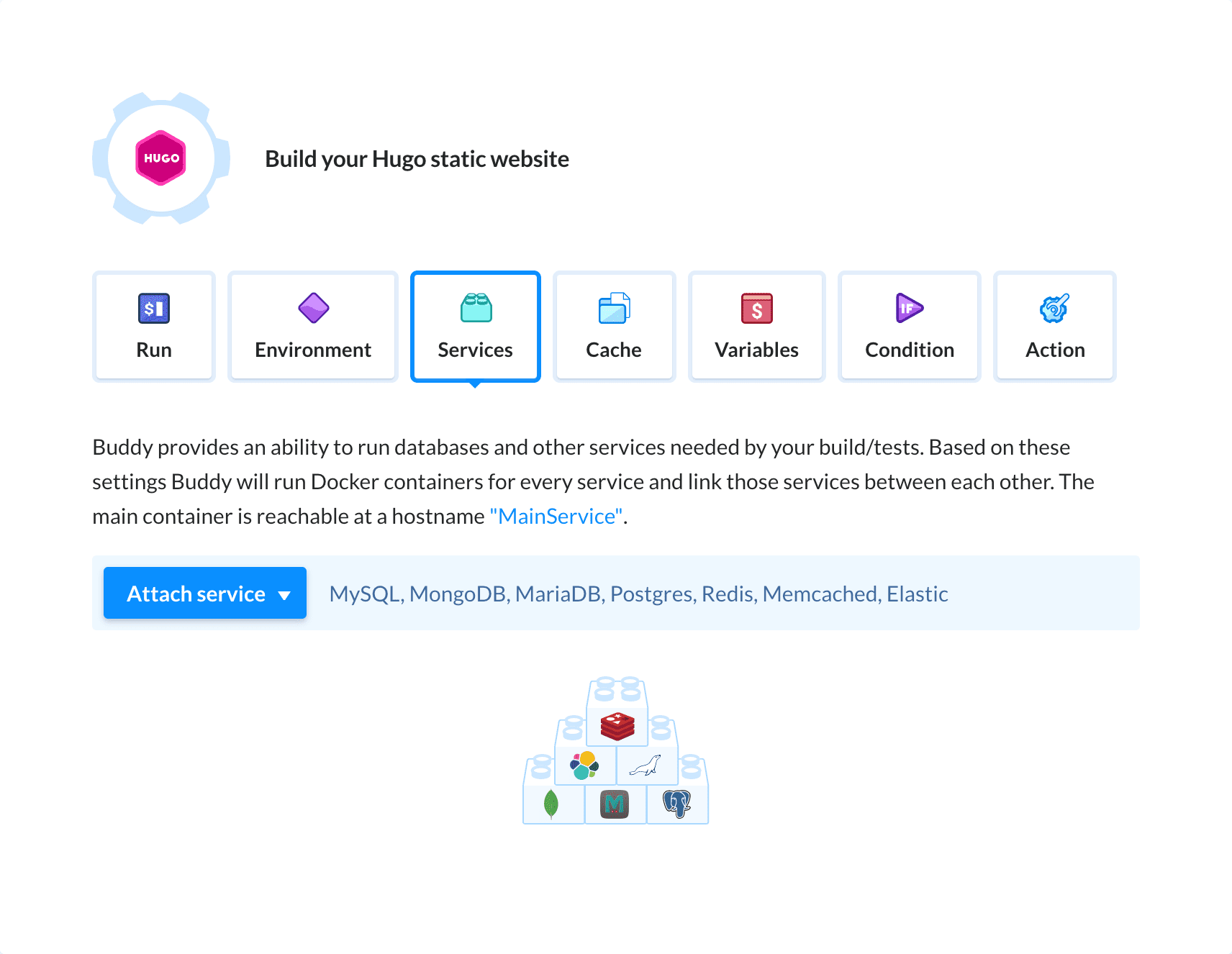 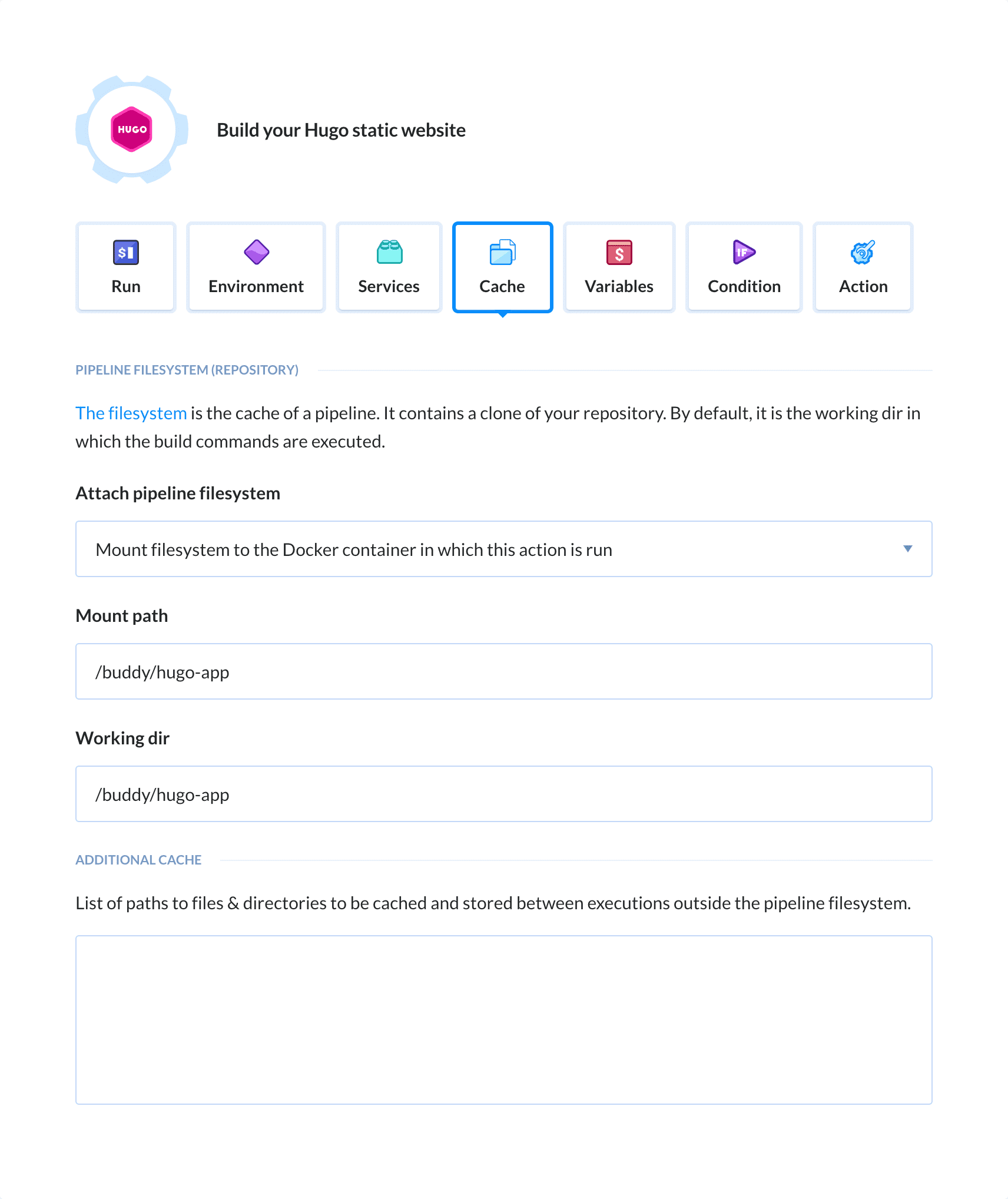 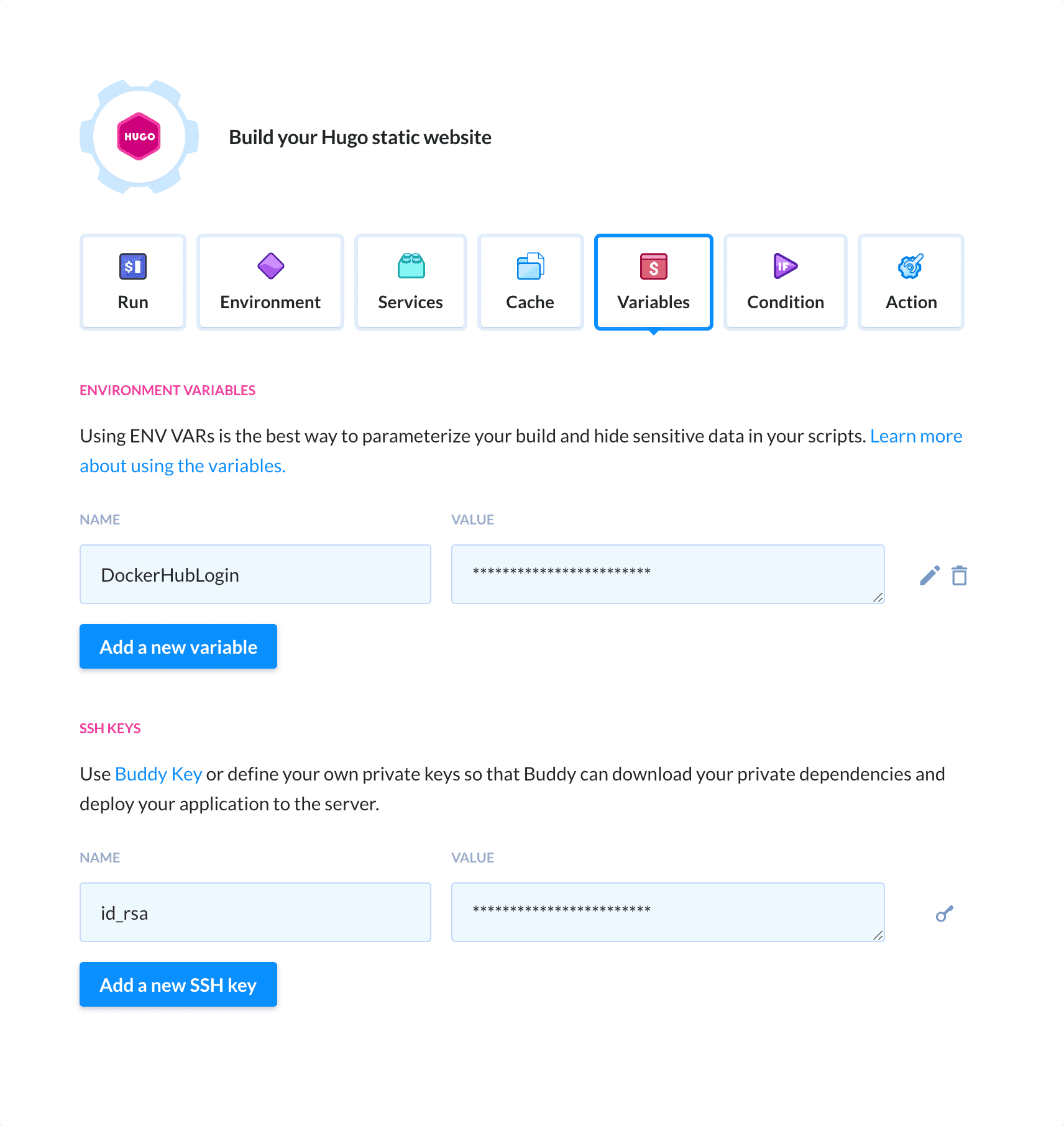 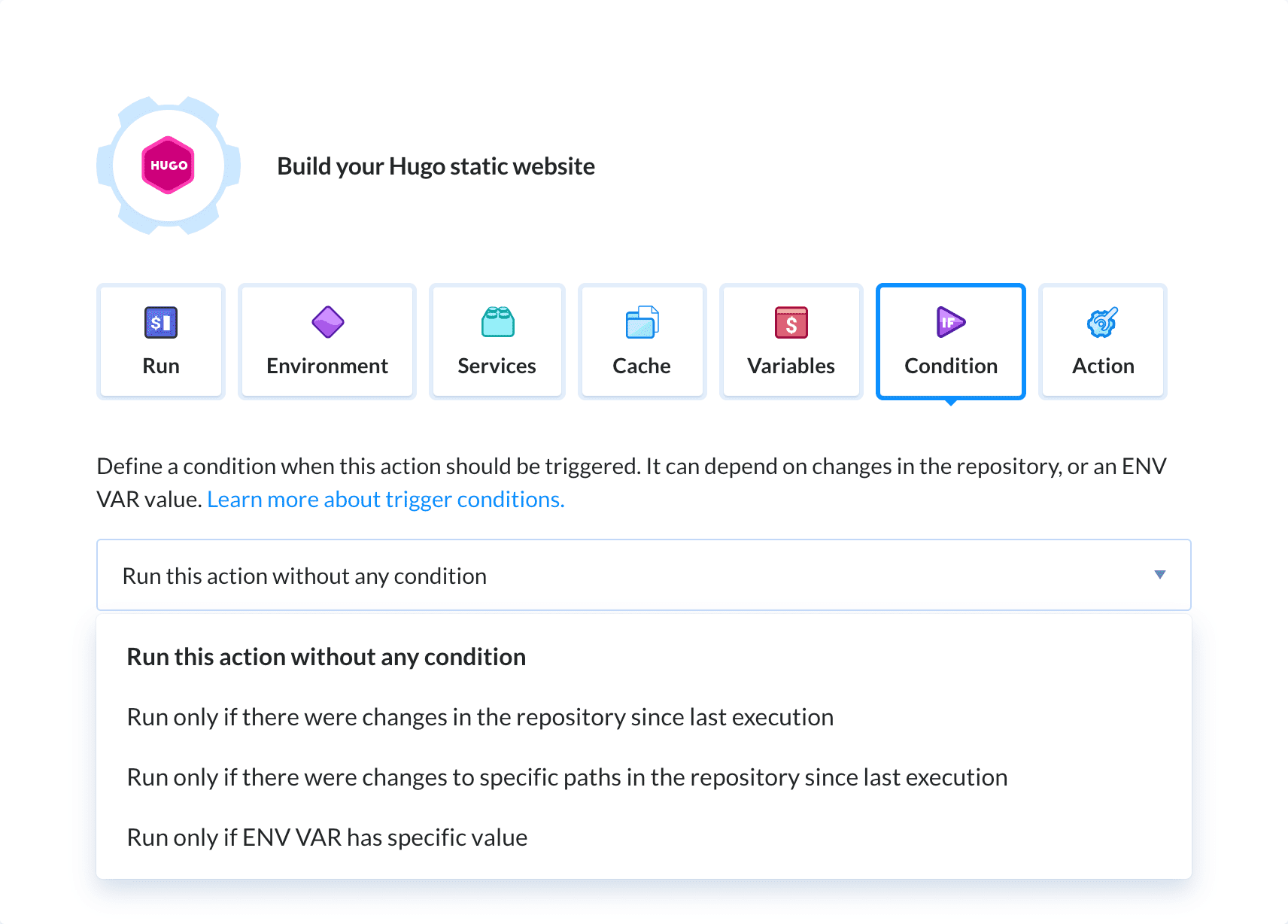 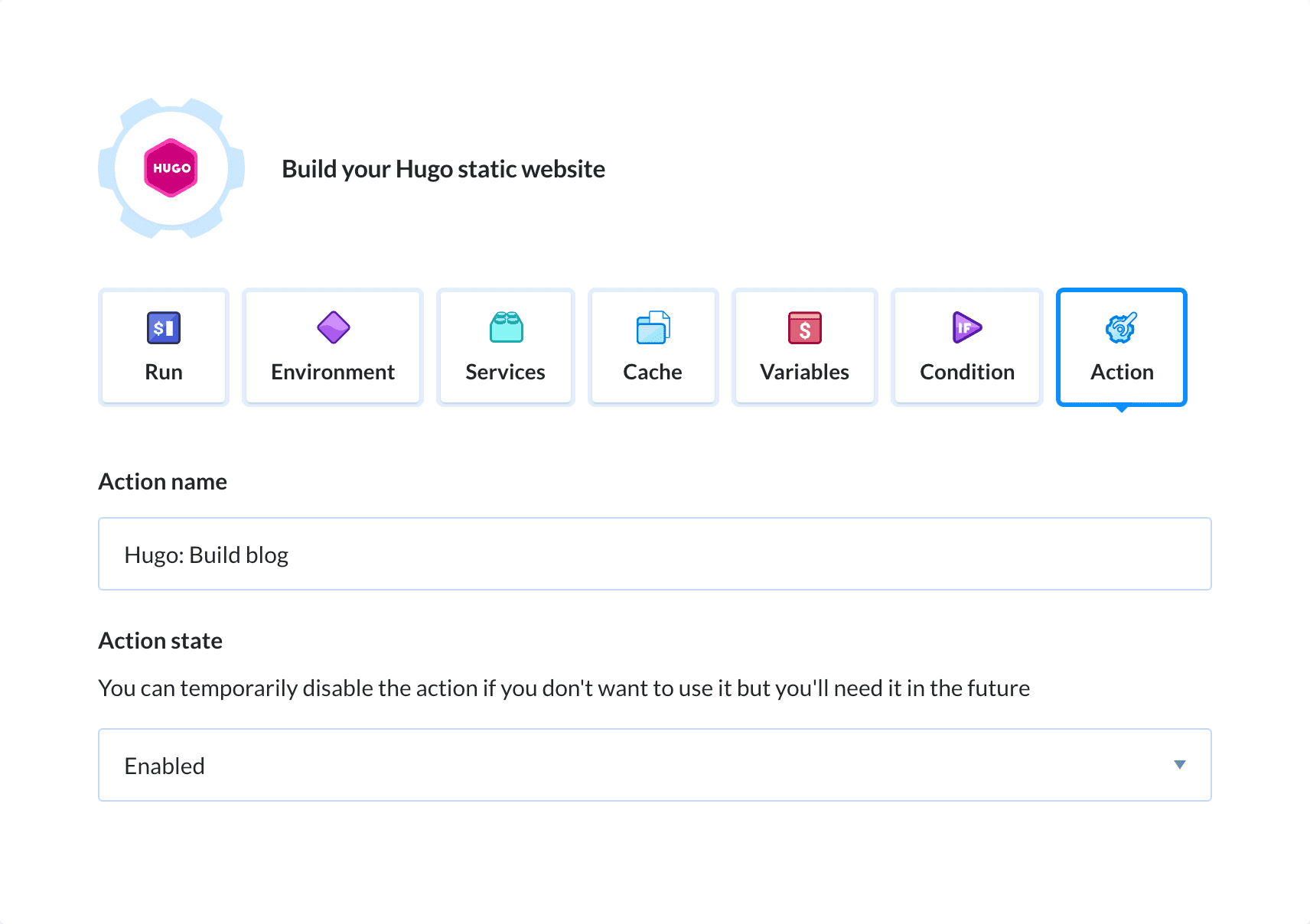 Do more with Hugo

Buddy allows you to instantly connect Hugo with 100+ actions to automate your development and build better apps faster.

Connect Hugo with the tools you use everyday and find your web development super-powers.