Do more with Clojure

Buddy CI/CD allows you to instantly implement Clojure with 100+ ready to use actions to automate your development and build better apps faster.

This action runs Leiningen which automates Clojure projects. It offers various project-related tasks and can: fetch dependencies for your project, run tests, run a fully-configured REPL, compile Java sources (if any), run the project (if the project isn't a library), generate a maven-style 'pom' file for the project for interop, compile and package projects for deployment, publish libraries to repositories such as Clojars, run custom automation tasks written in Clojure (leiningen plug-ins)

This action launches a Docker container using the official Clojure image. The container runs lein test and lein uberjar commands by default. Once the commands stop running, the container is terminated. 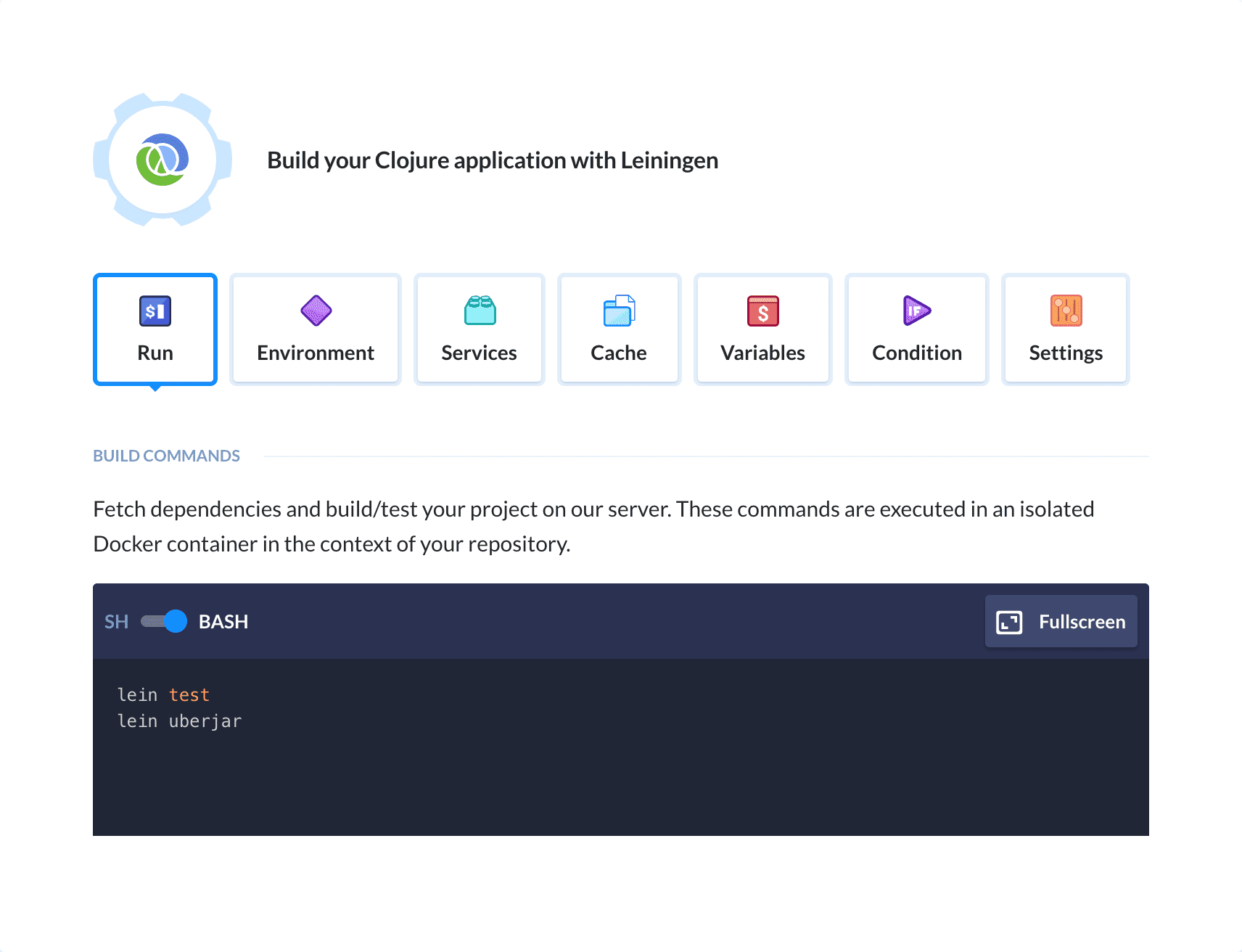 Do more with Clojure

Buddy allows you to instantly connect Clojure with 100+ actions to automate your development and build better apps faster.

Clojure is a general-purpose community-driven dialect of Lisp programming language. The main feature of Clojure are the immutable data structures that encourage developers to be precise about handling identity and its states. Clojure primary platform is Java, but there are other implementations like ClojureScript or ClojureCLR.