This action launches a Docker container using the official Node.js image which is customized with preinstalled Gulp npm package. The container runs gulp command. Once the commands stop running, the container is terminated. 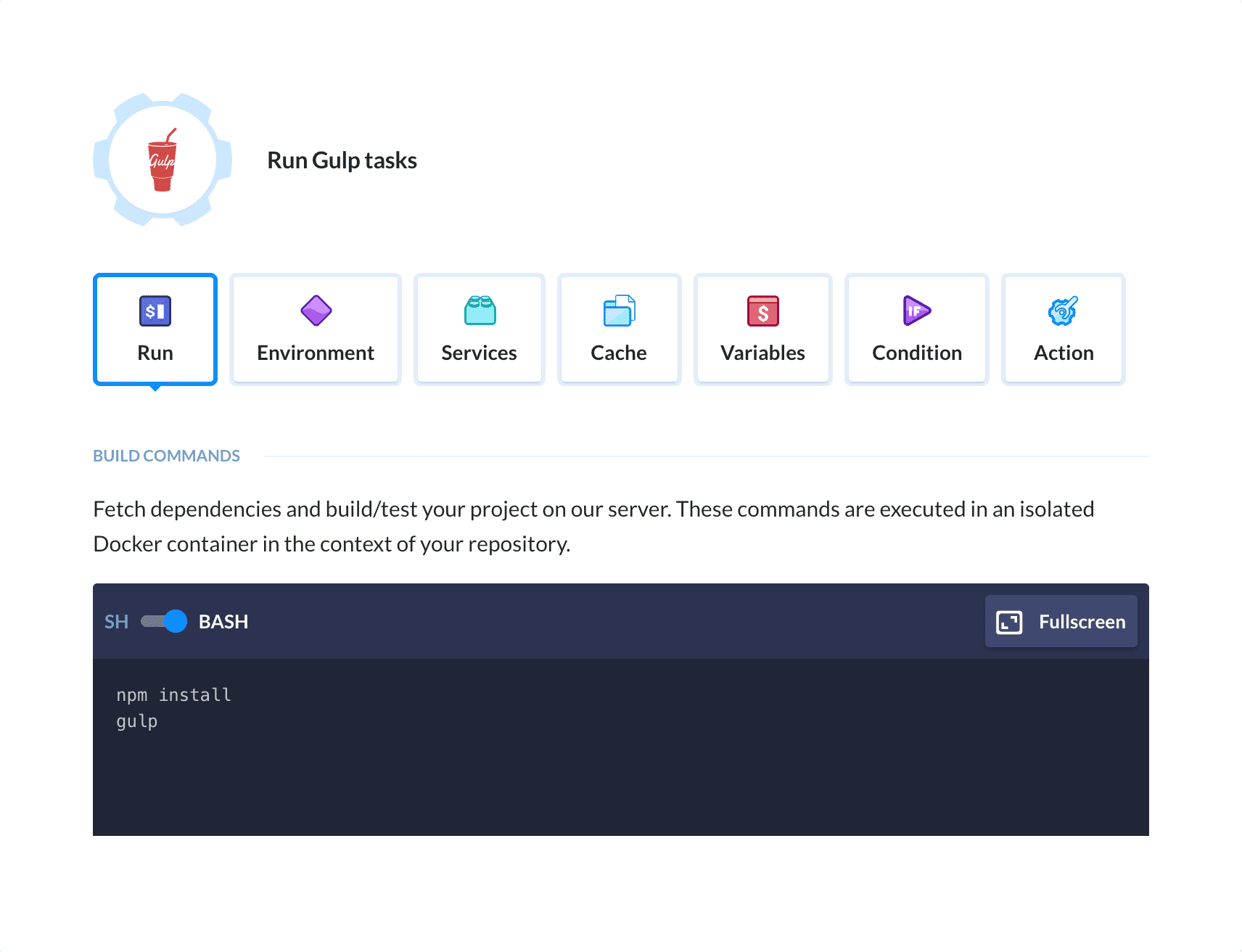 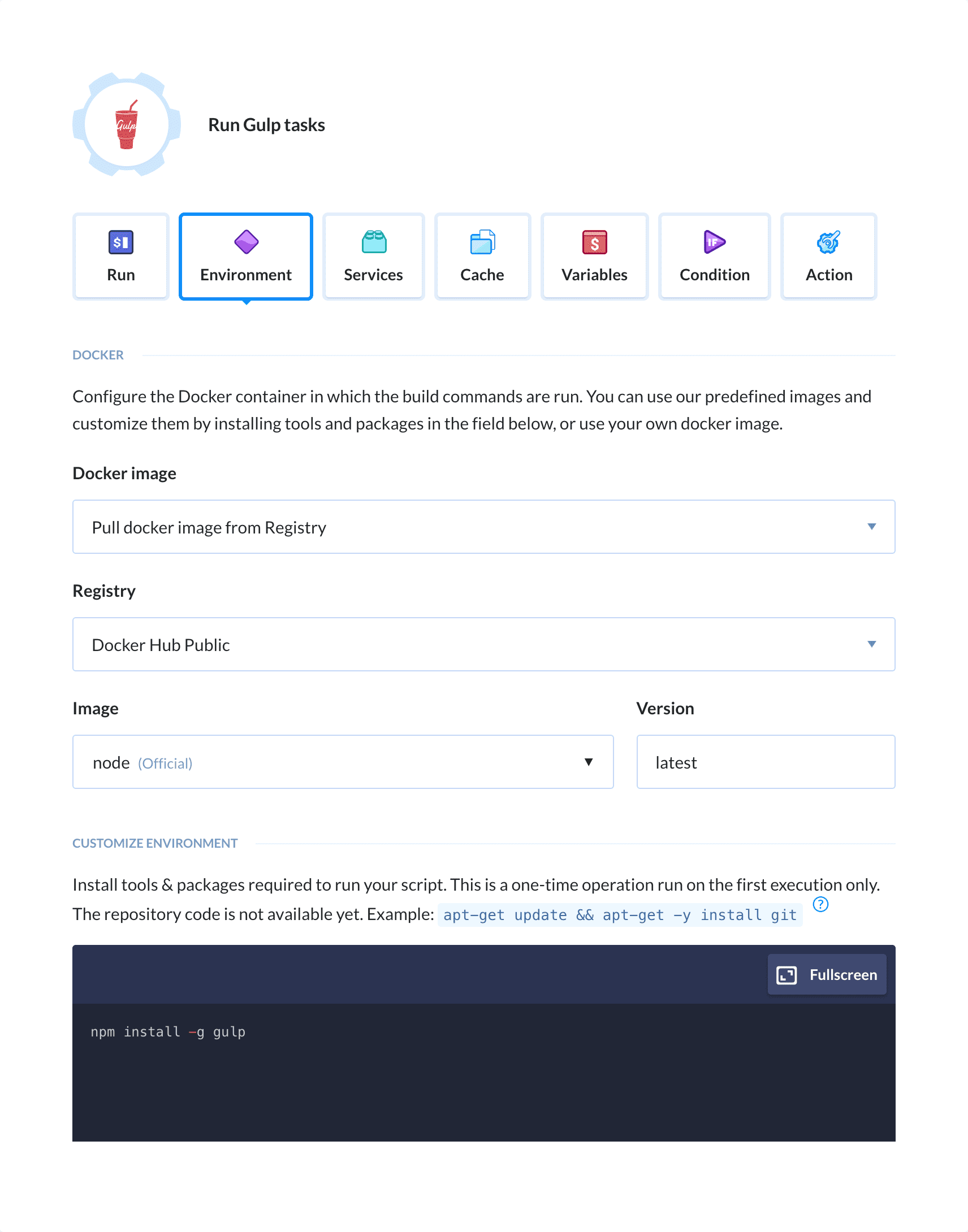 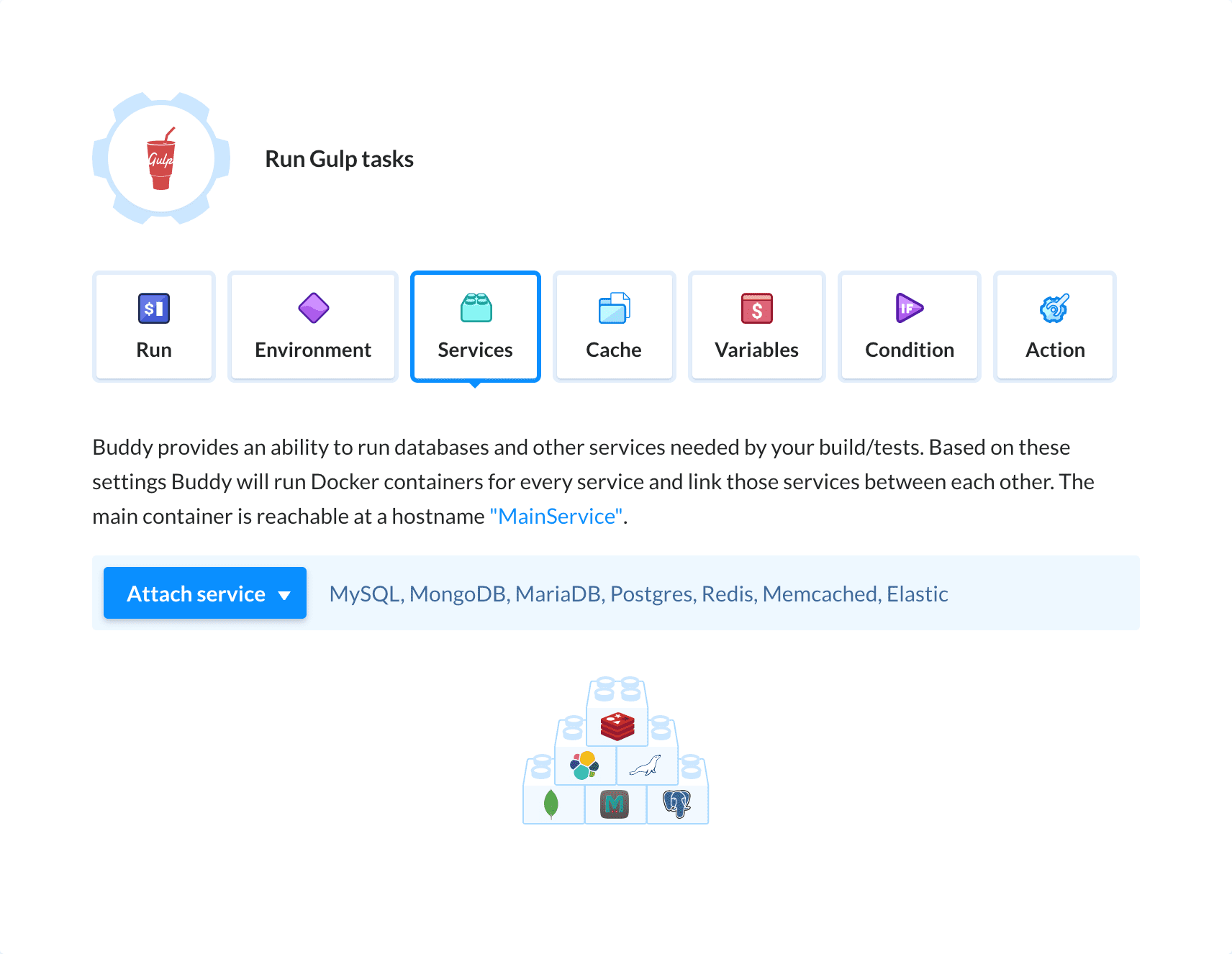 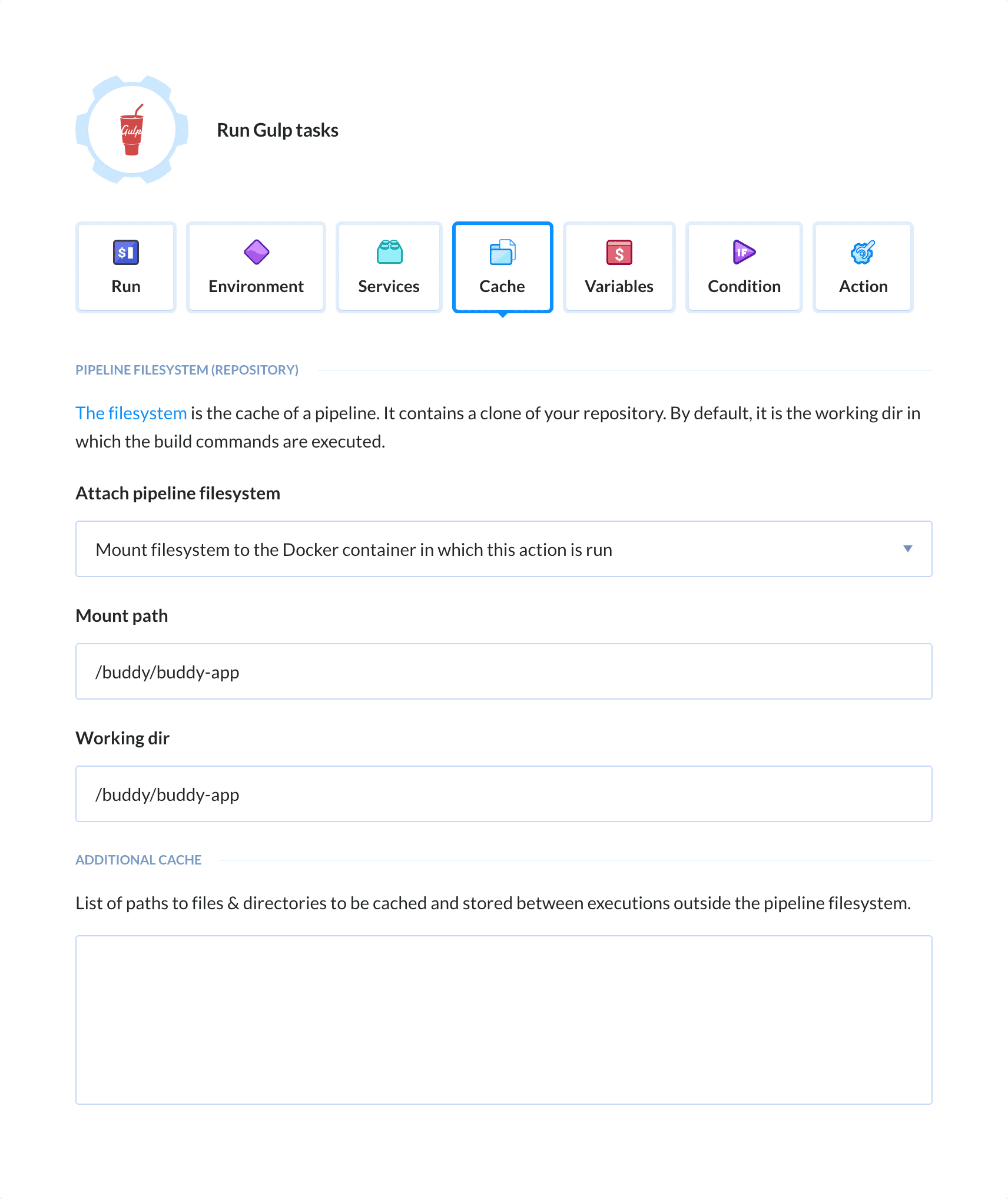 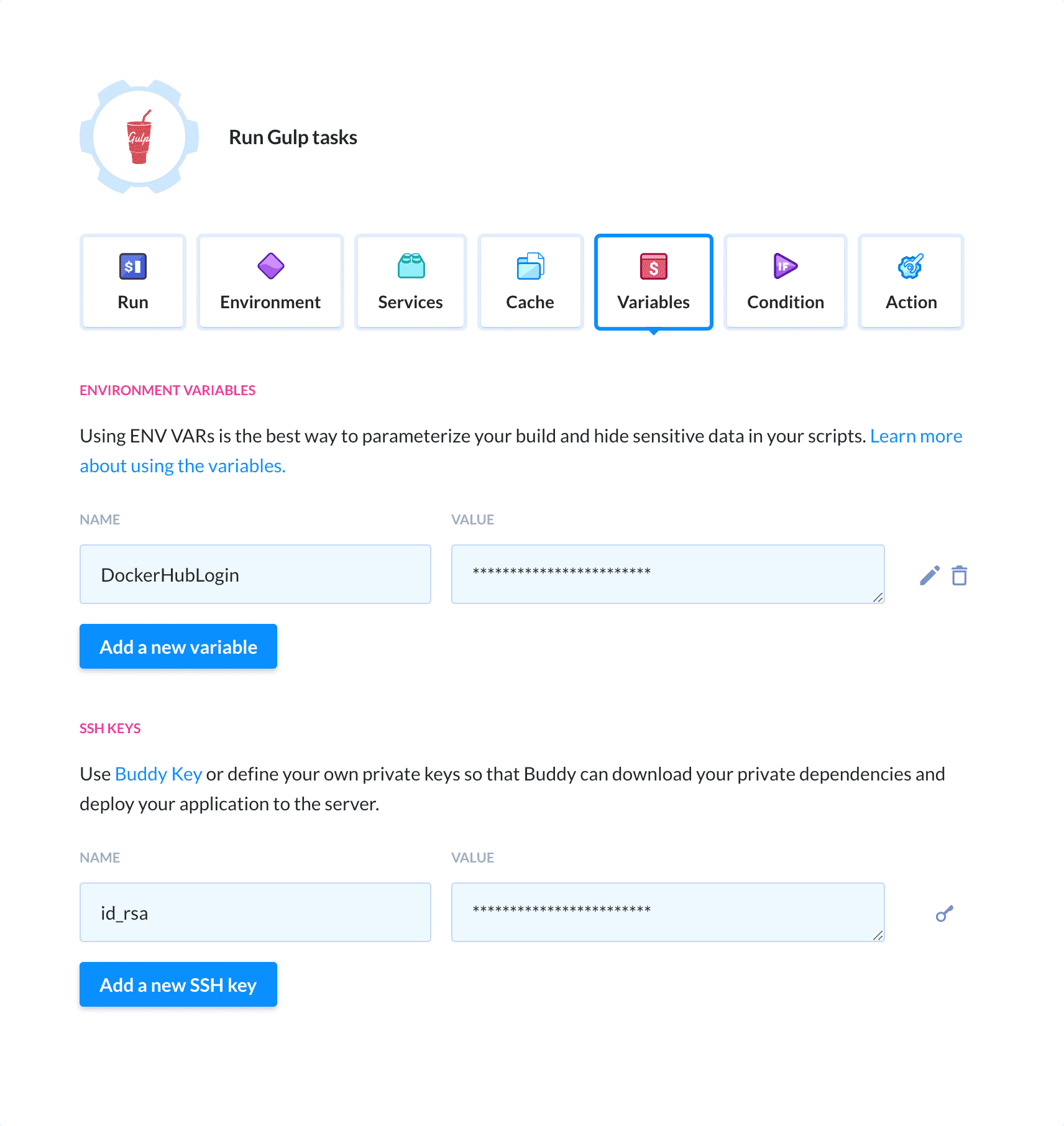 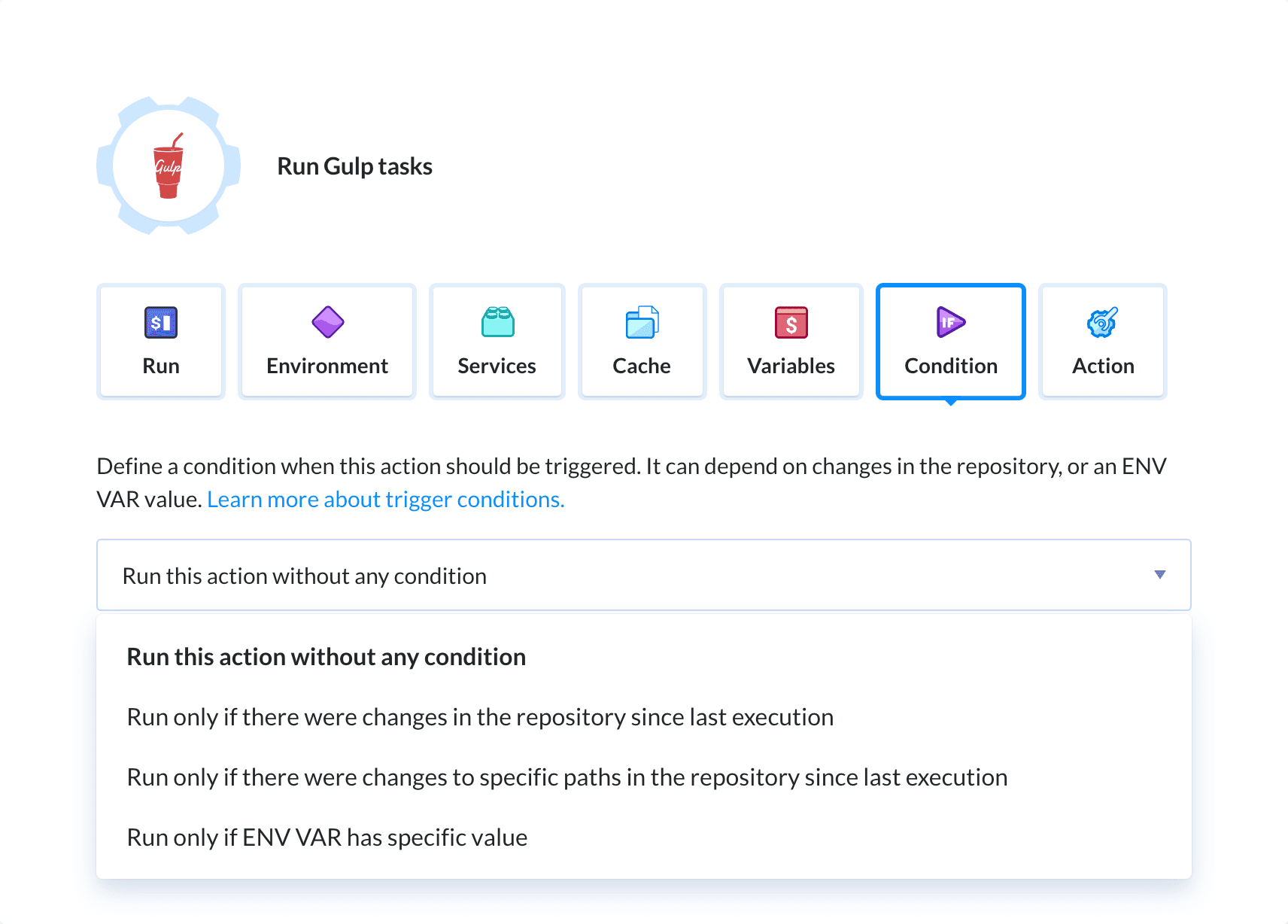 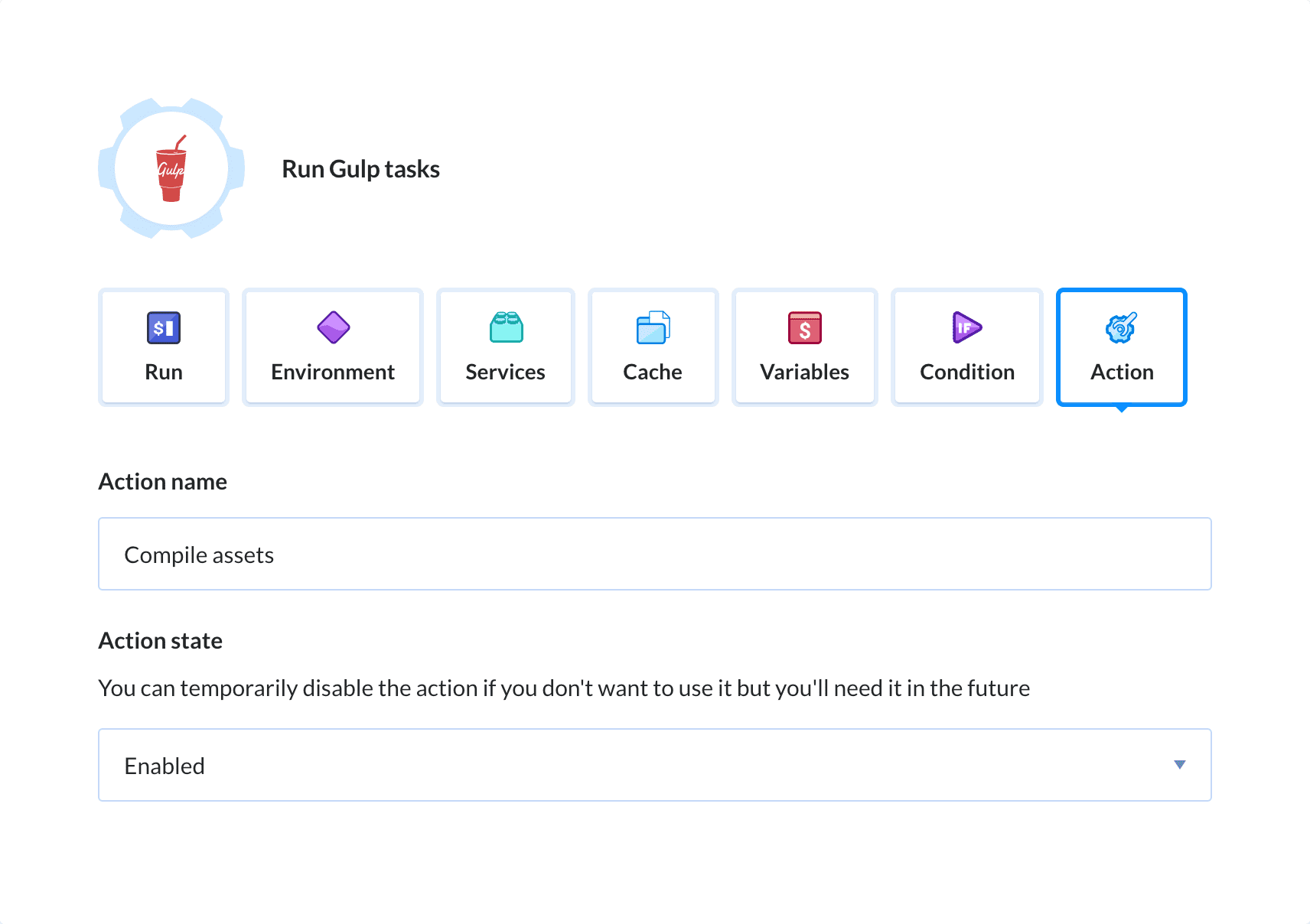 Do more with Gulp

Buddy allows you to instantly connect Gulp with 100+ actions to automate your development and build better apps faster.

Gulp.js is a cross-platform task runner for Node.js that allows streamlining and automating the most tedious tasks in your development cycle. Unlike other task runners, Gulp uses Node streams to use output from one task and use it in the next which greatly increases the speed.

Connect Gulp with the tools you use everyday and find your web development super-powers.