Do more with AWS CLI version 2

Buddy CI/CD allows you to instantly implement AWS CLI version 2 with 100+ ready to use actions to automate your development and build better apps faster.

This action executes AWS CLI ver.2 commands. The AWS Command Line Interface (CLI) is a unified tool to manage AWS services. With just one tool to download and configure, it’s possible to control multiple AWS services from the command line and automate them through scripts.

The action launches a container with preinstalled AWS CLI version 2, which is Ubuntu 18.04. Once launched, it’s already authorized against the AWS account and region provided in the action settings. The container has mounted the pipeline filesystem which contains pulled repository. 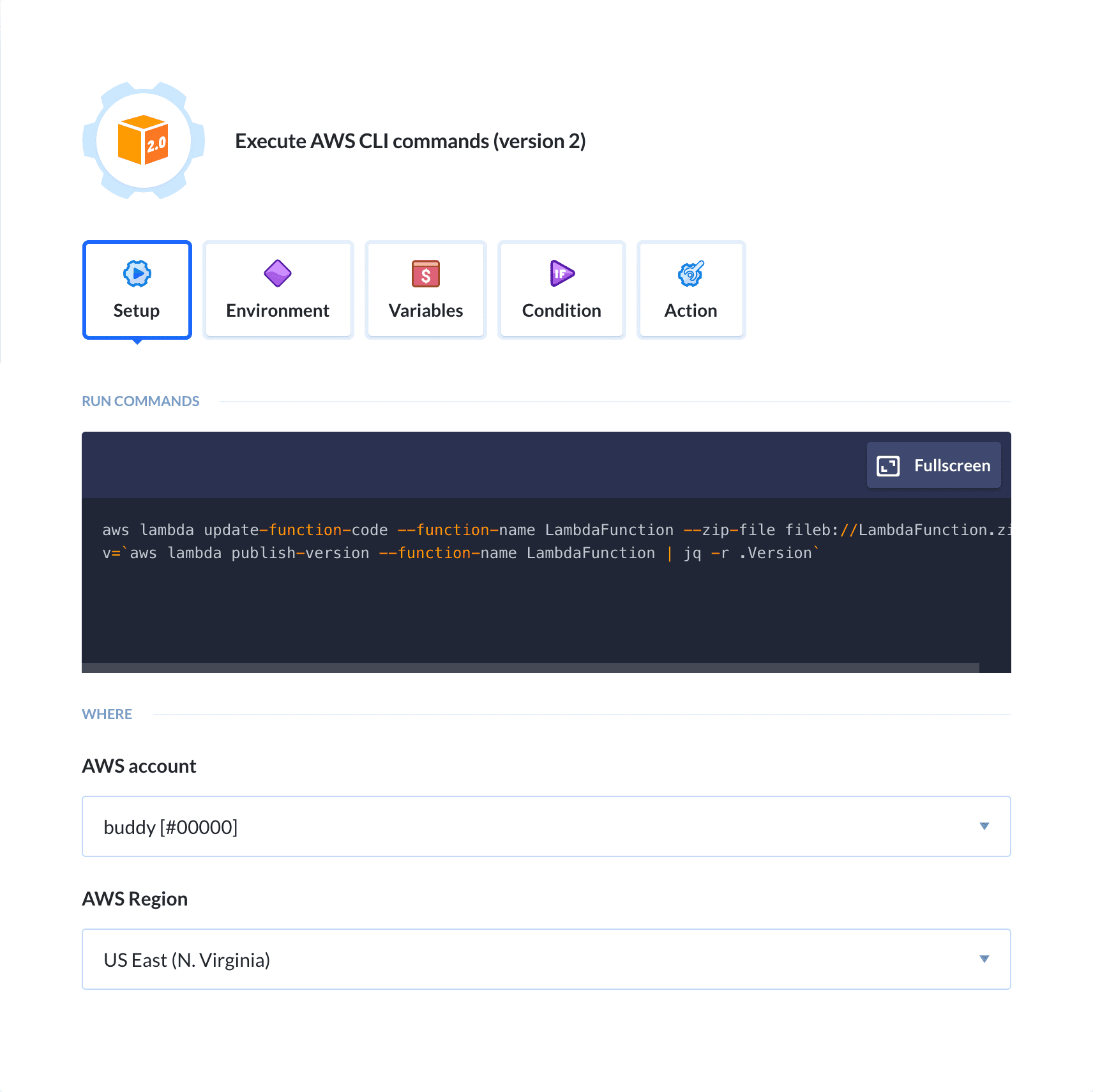 Do more with AWS CLI version 2

Buddy allows you to instantly connect AWS CLI version 2 with 100+ actions to automate your development and build better apps faster.

Amazon Web Services can be managed using the AWS management console or through the APIs. There is another method, however, Amazon Web Services Command Line Interface (or AWS CLI for short). Second version of AWS CLI adds a series of new features and mechanisms.