Buddy offers integrations with the most popular AWS services, including AWS S3, ElasticBeanstalk, and Lambda deployment: 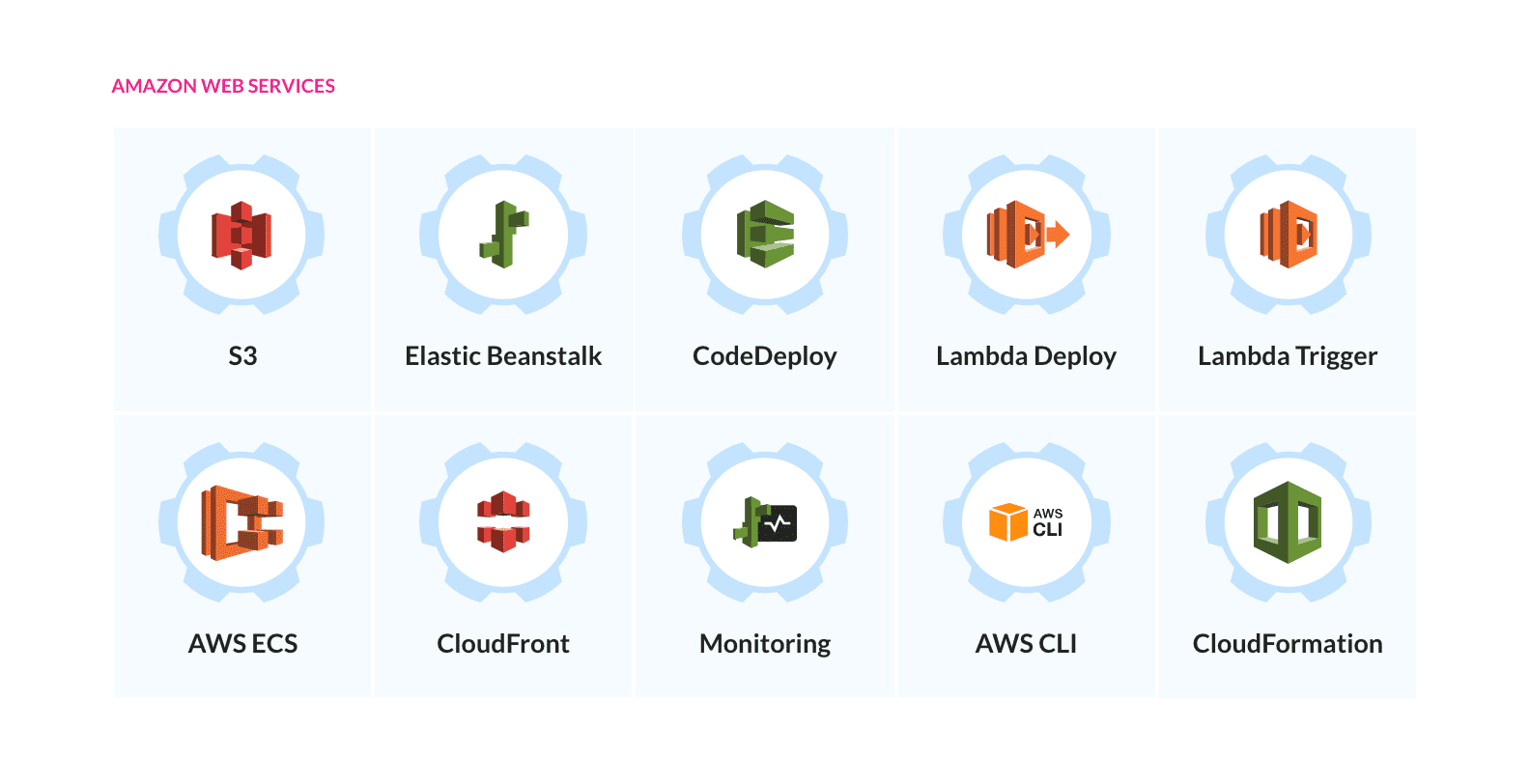 However, the full list of services AWS has to offer remains nothing less than impressive: 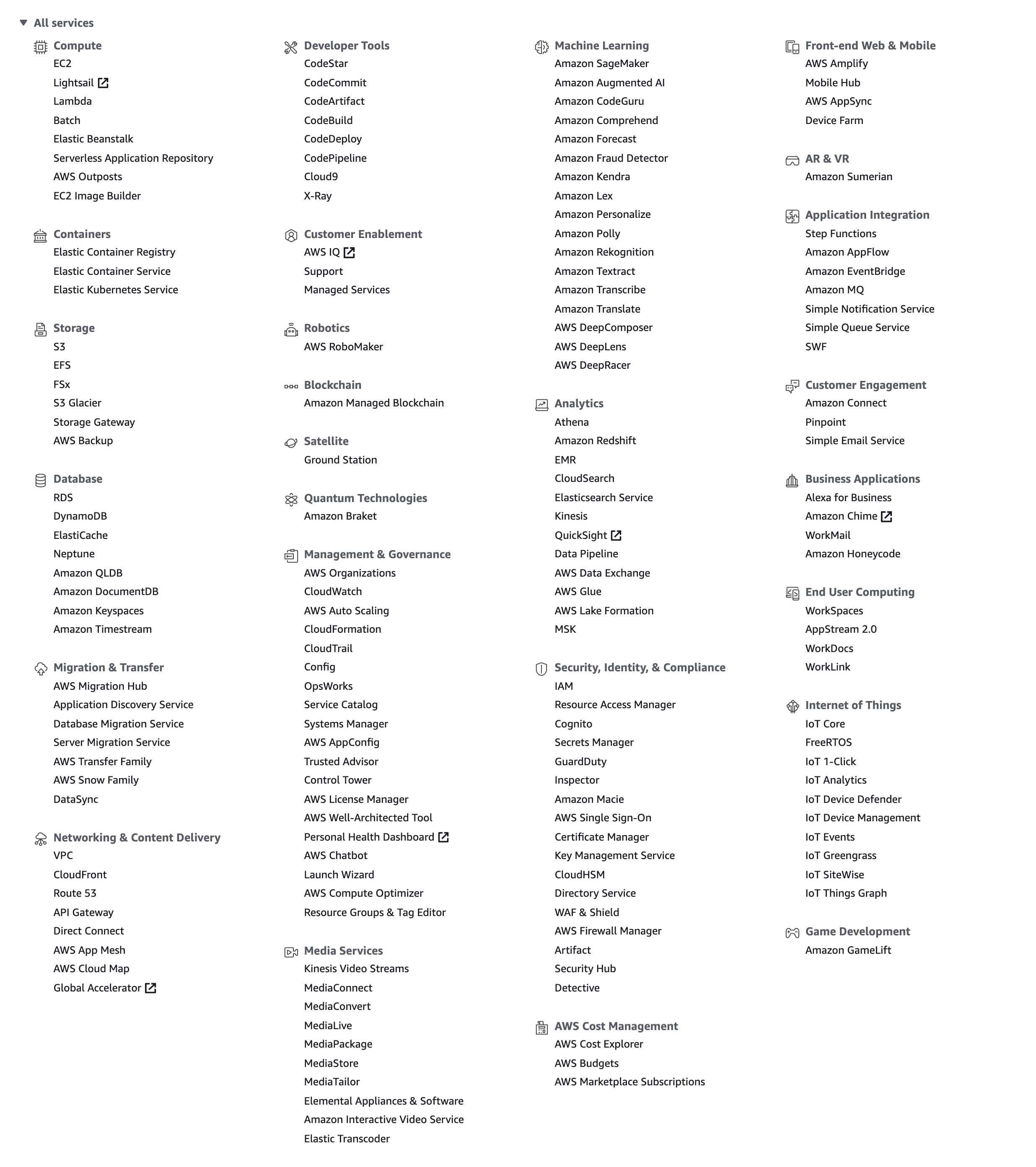 To support these services, two years ago we introduced a dedicated AWS CLI action allowing you to download, configure, and control them straight from the command line. The action authorizes in your AWS account and runs commands in the selected region. A couple of months ago Amazon released an updated version of the interface duly called AWS CLI v2. This version was released mostly because of newer AWS services not being compatible with the original AWS CLI. As the Amazon officials put it:

Over the years [...] we couldn’t address some of the community feedback that we received in a backward-compatible way. As a result, we’re starting work on a new major version, the AWS CLI version 2 (v2).

The new CLI delivers a series of new features as well:

The full list of differences in behavior between both versions is available here – you might want to take a look if you're thinking of migrating to v2.

The action is available from the Amazon action roster. The looks and operation principles remain exactly as in v1 – you select the account (integration), region, and enter the commands to execute: 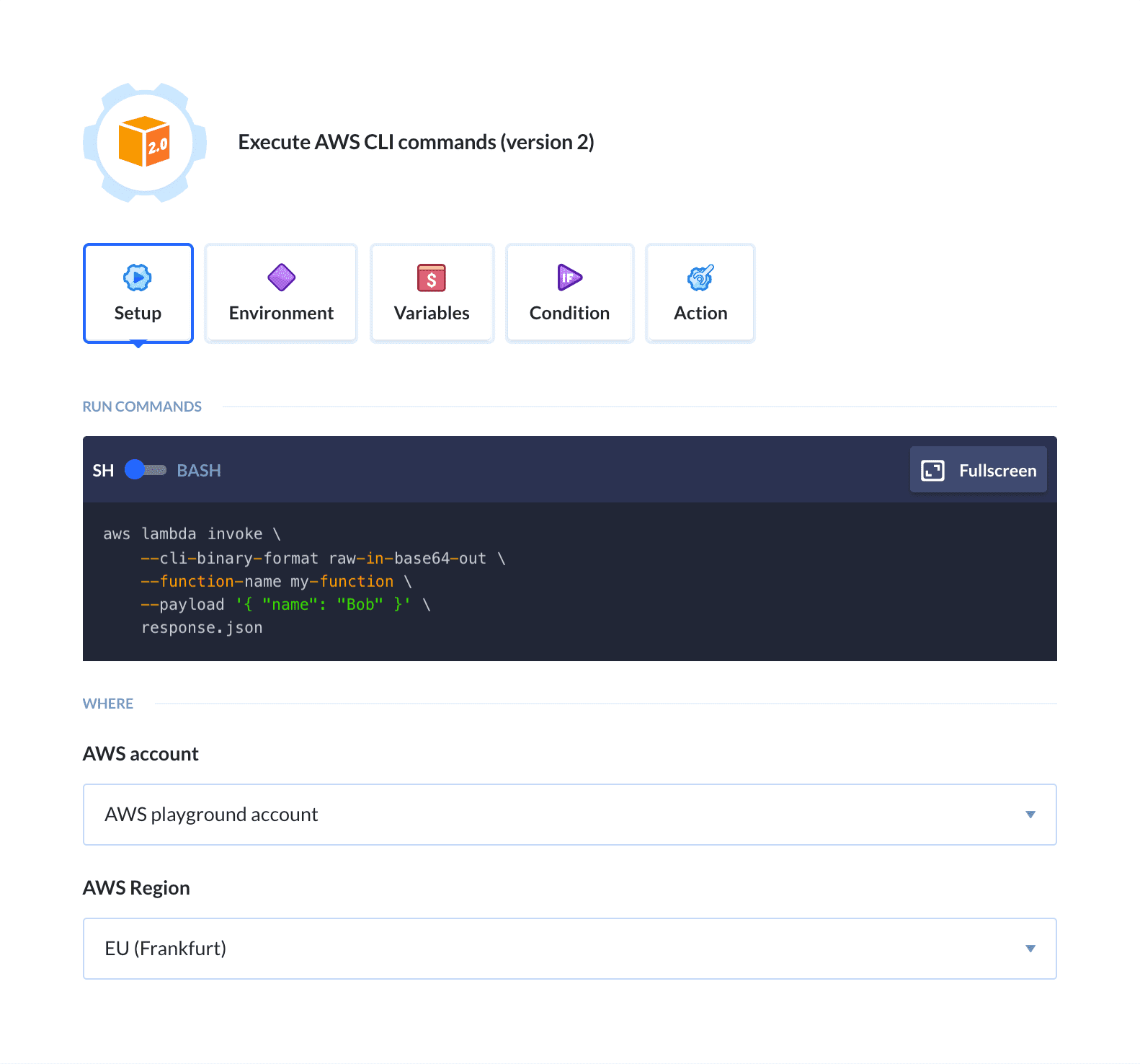 For maximum security, we recommend role assumption as the integration method.