This action launches a Docker container using the official Python image. The container runs pip install and nosetests commands. Once the commands stop running, the container is terminated. 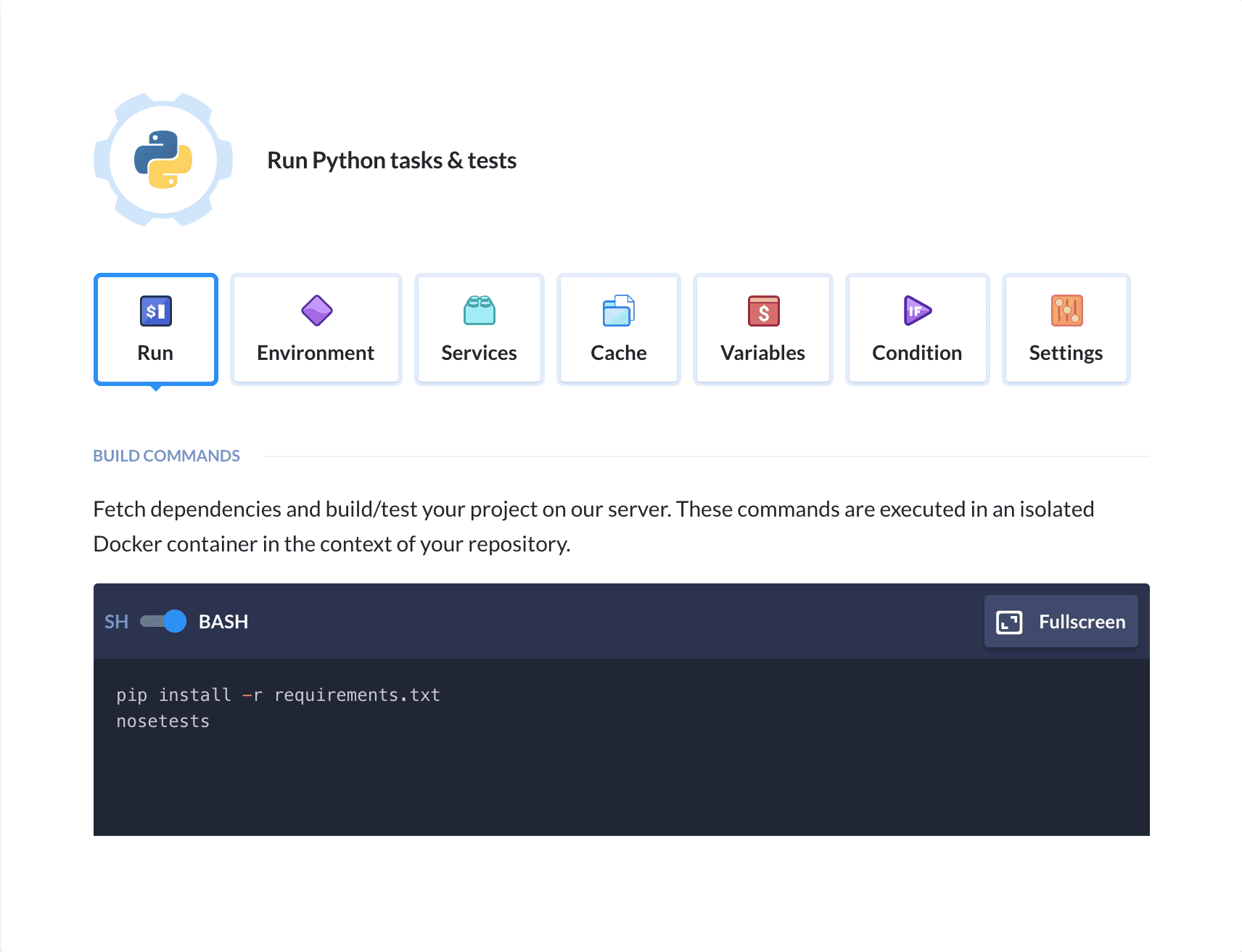 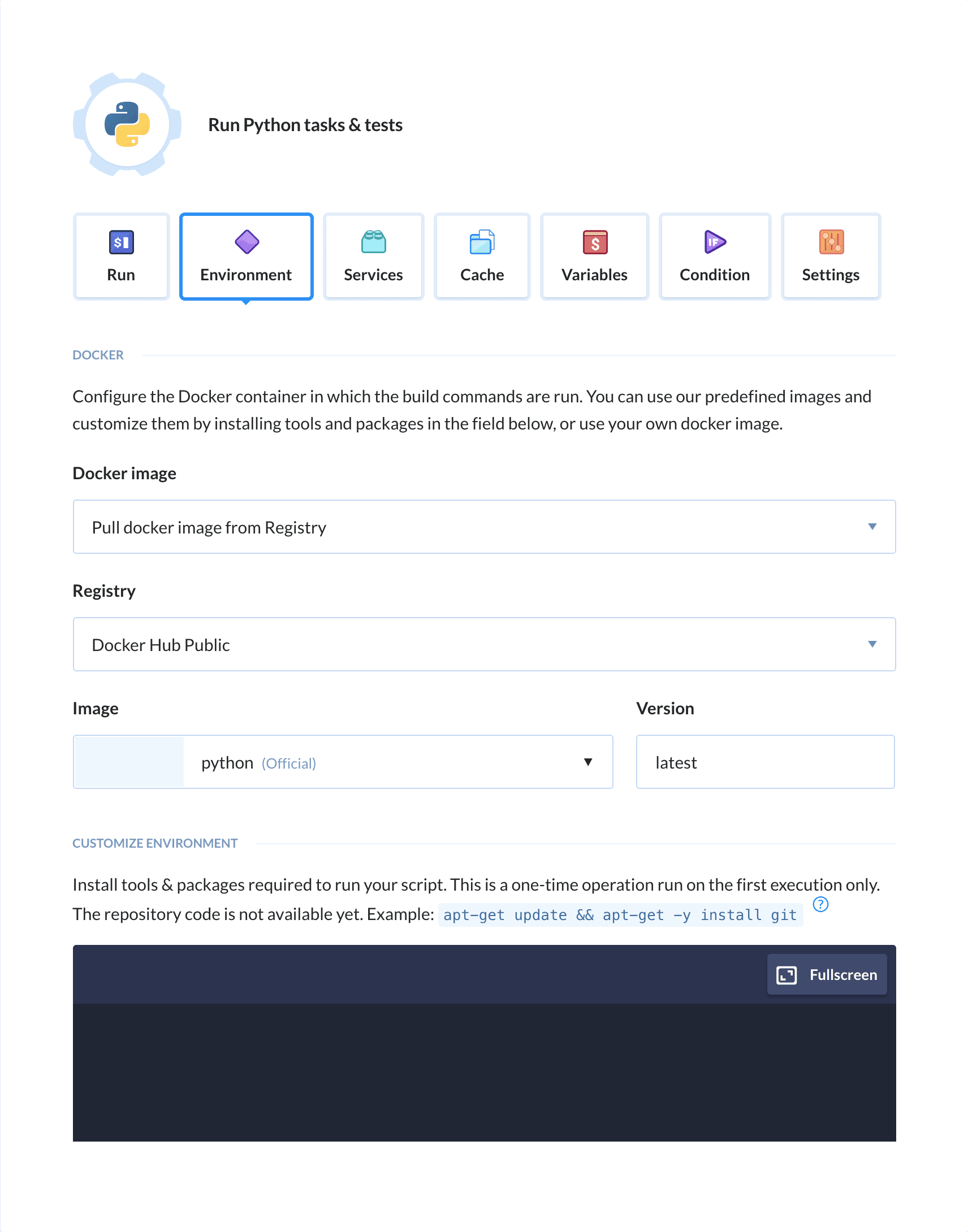 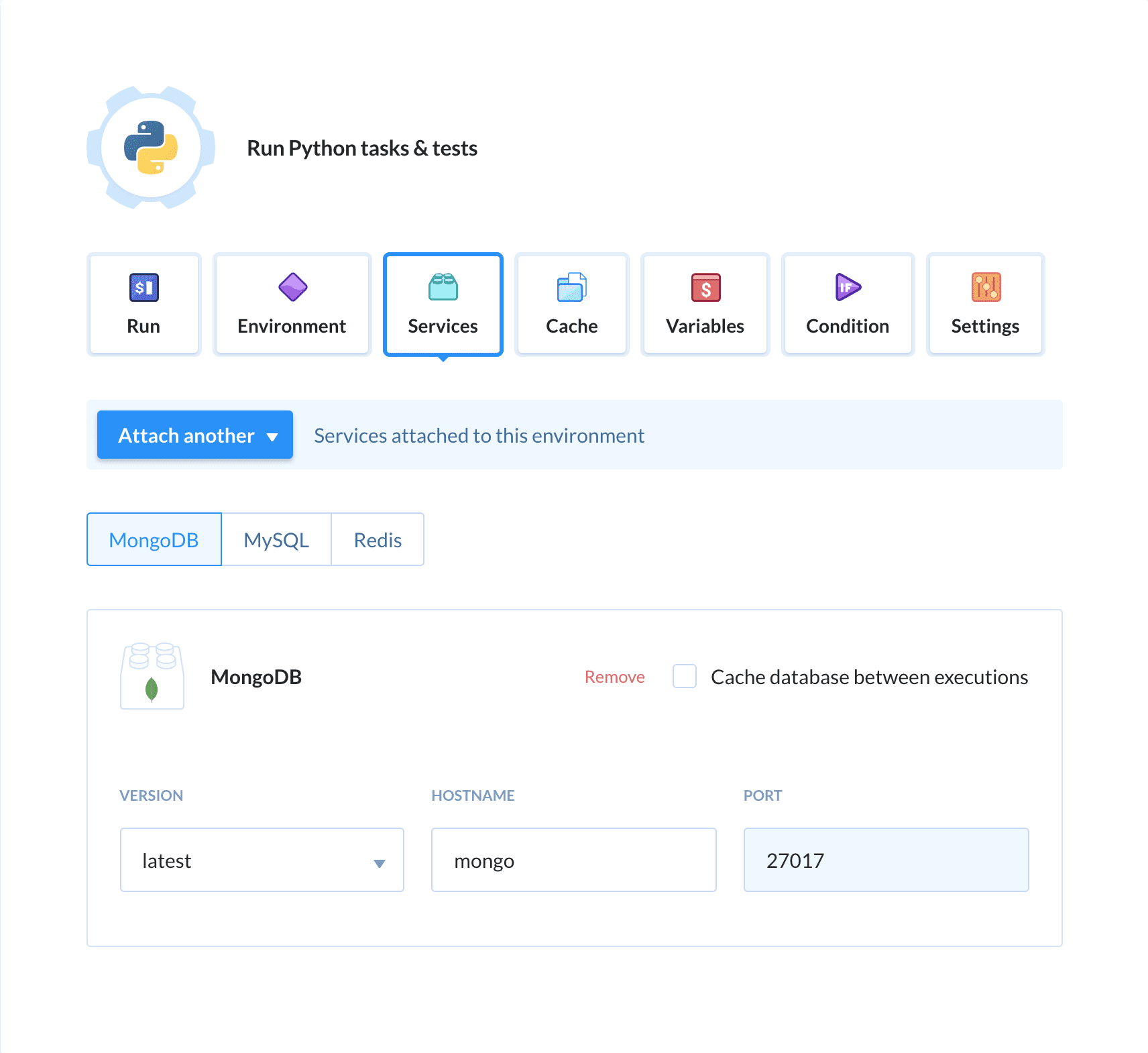 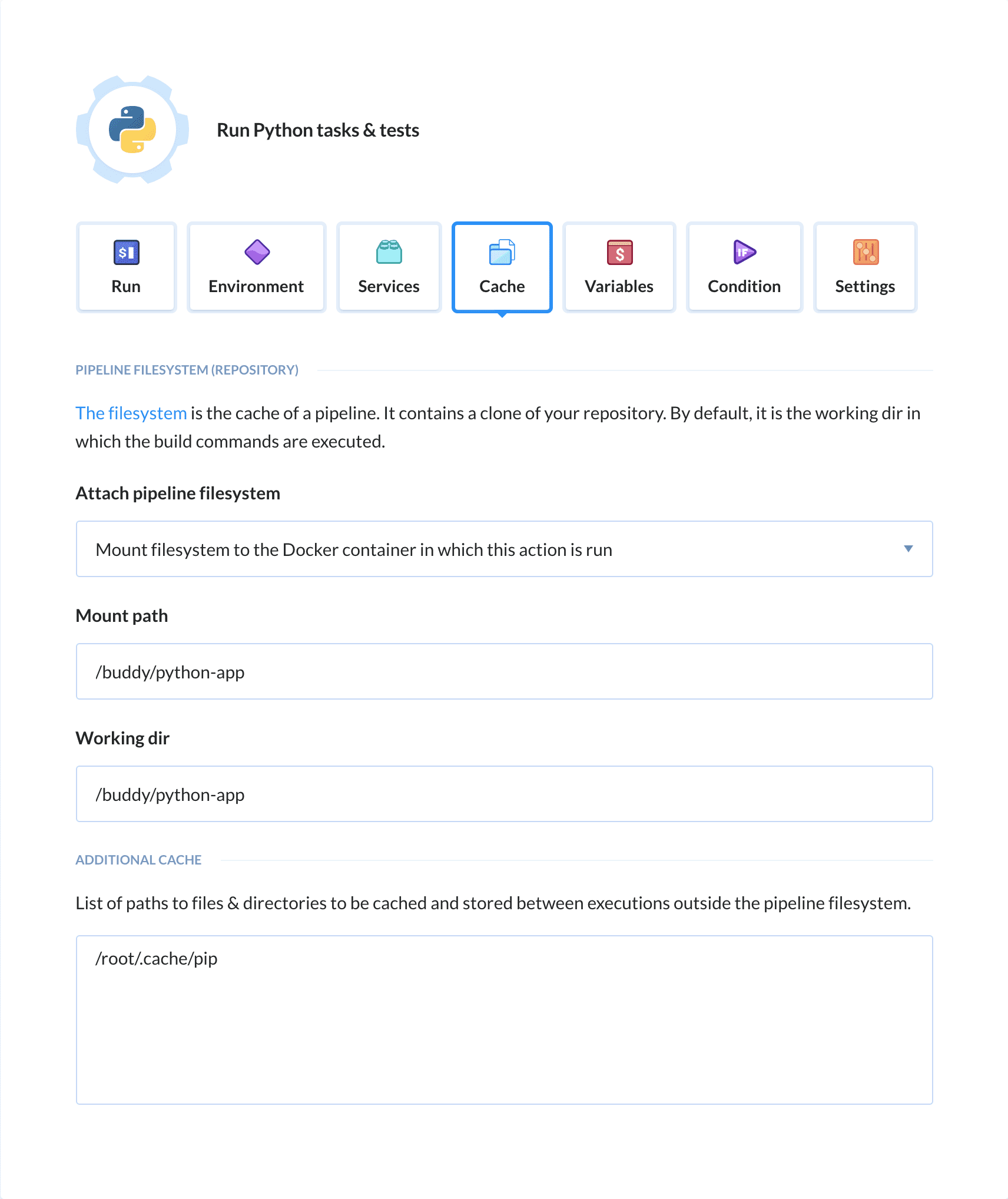 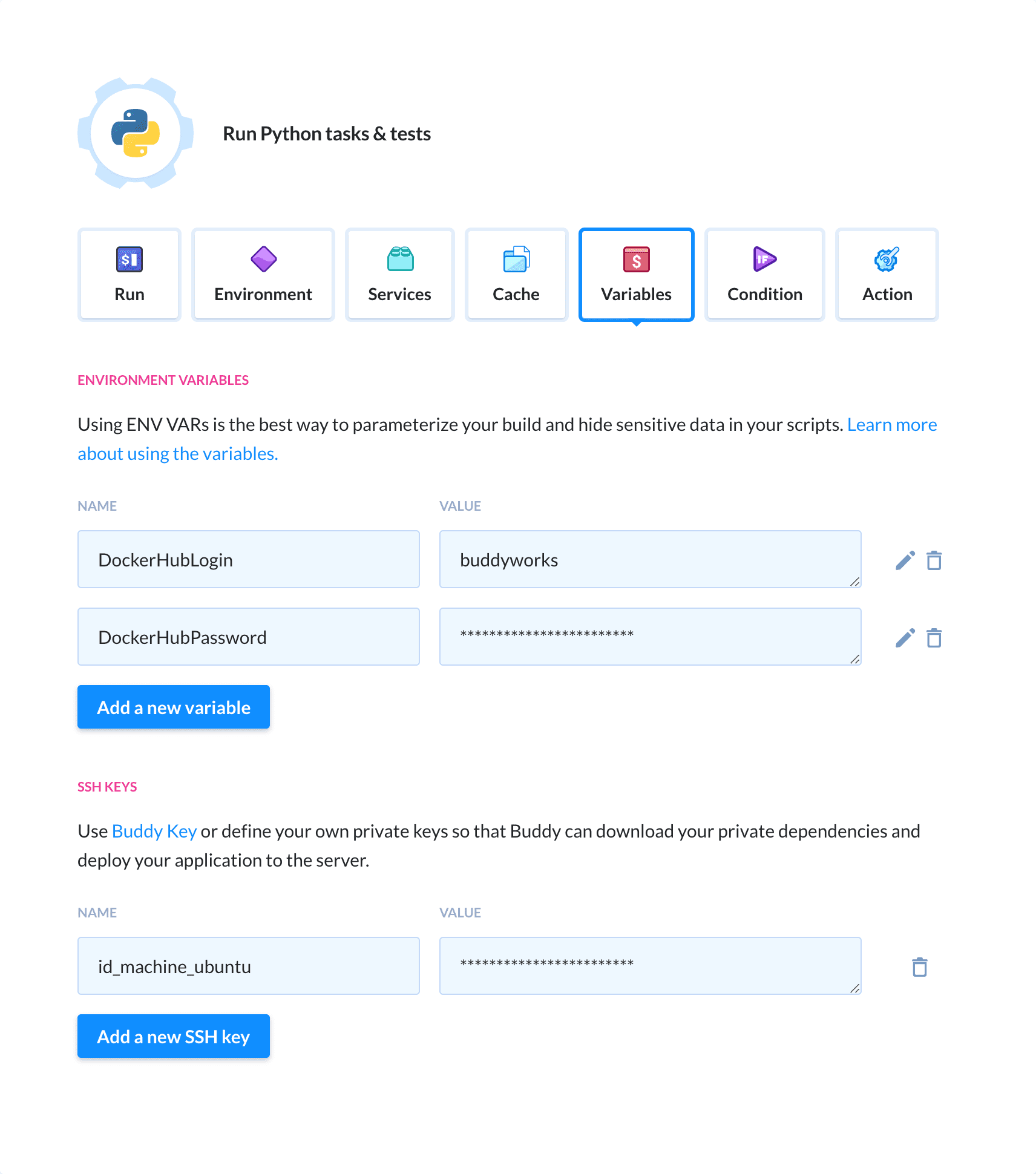 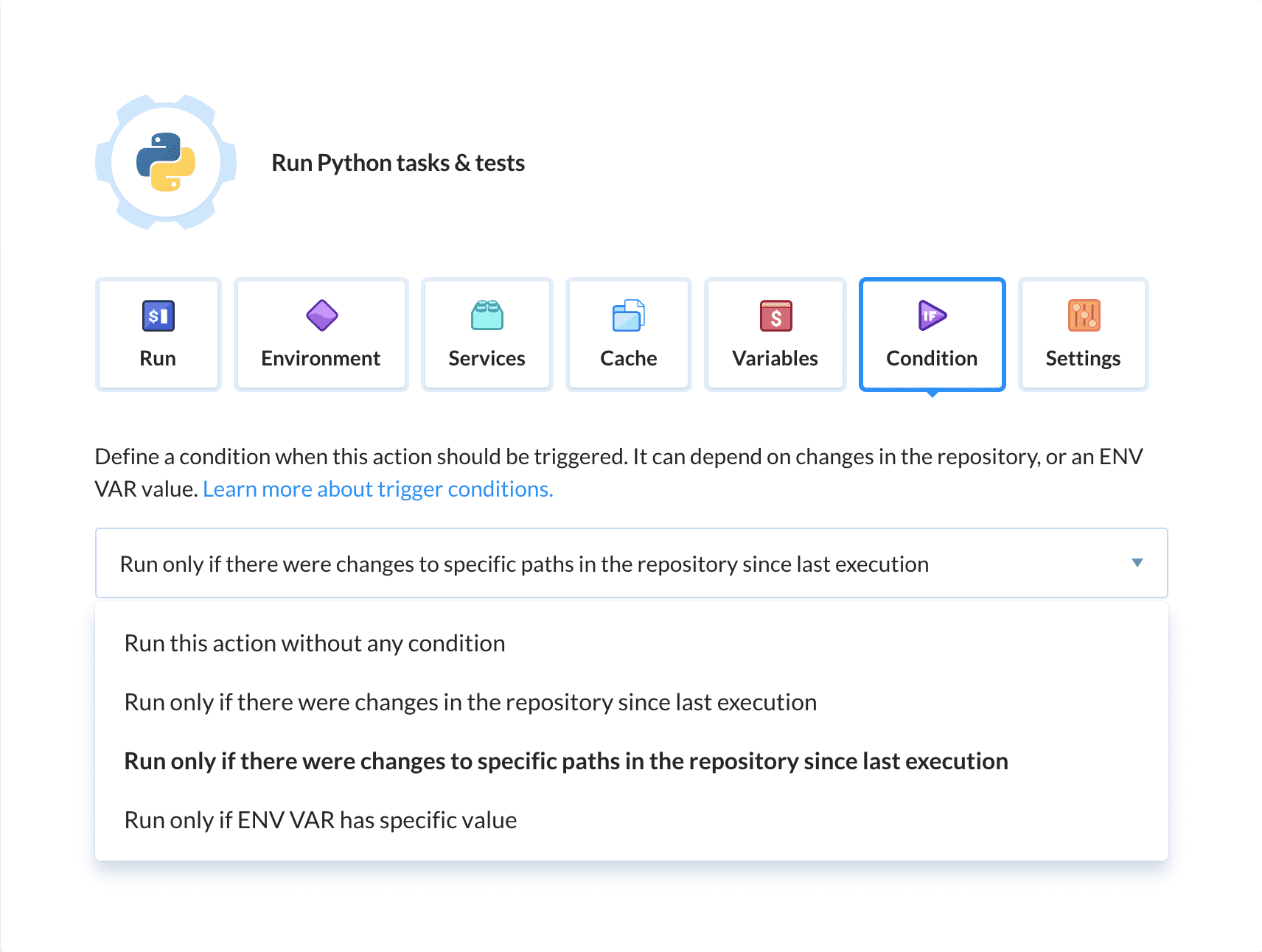 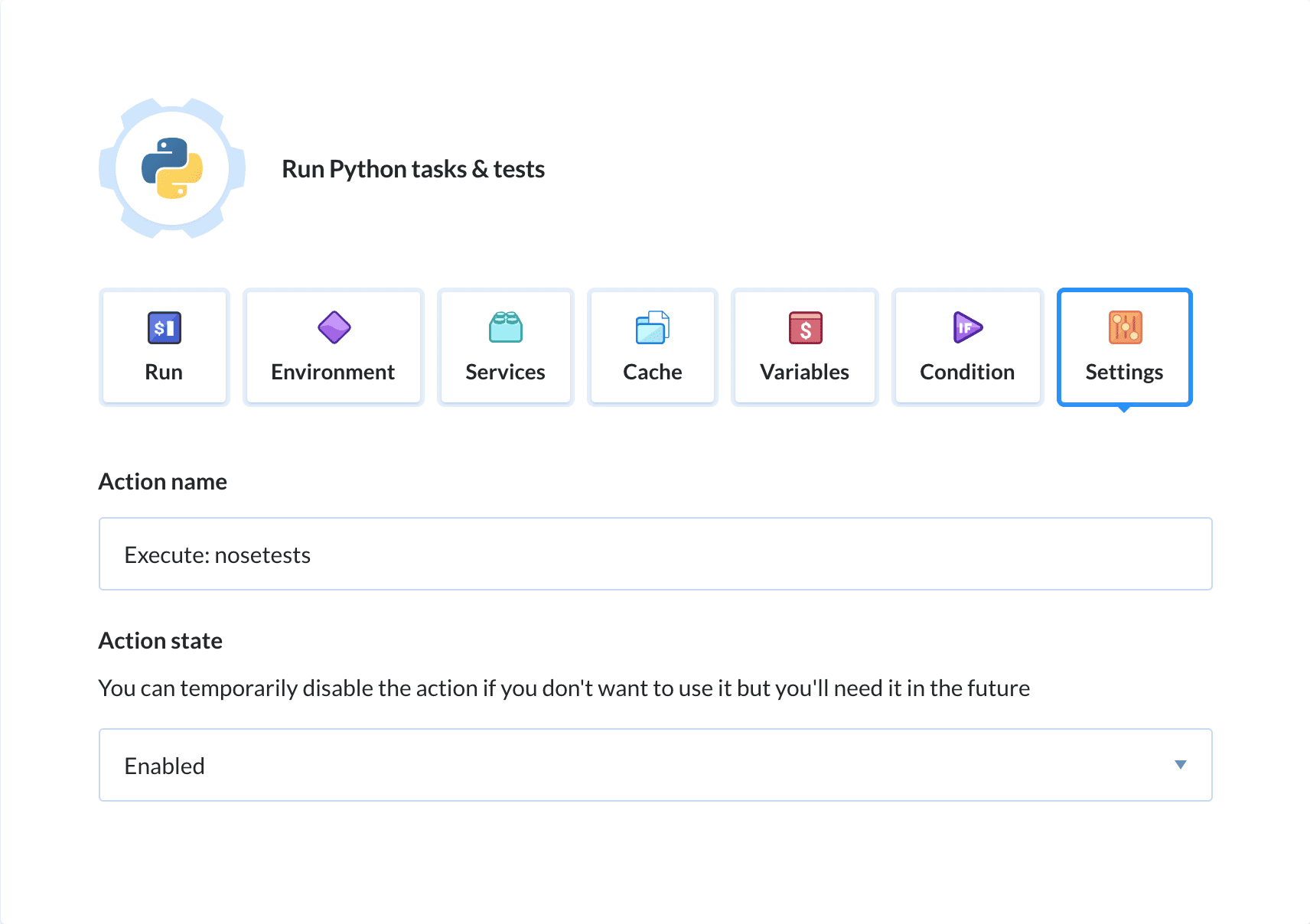 Do more with Python

Buddy allows you to instantly connect Python with 100+ actions to automate your development and build better apps faster.

Python one of the most powerful, object-oriented, interpreted programming languages available. Thanks to its built in data structures combined wyth dynamic binding, it's considered one of the best languages for rapit application development. Since Python has no additional compilation, the standard 'edit-test-debug' cycle is faster than in other languages.

Connect Python with the tools you use everyday and find your web development super-powers.