This action launches a Docker container using the official Node.js image which is customized with preinstalled Grunt npm package. The container runs grunt commmand. Once the commands stops running, the container is terminated. 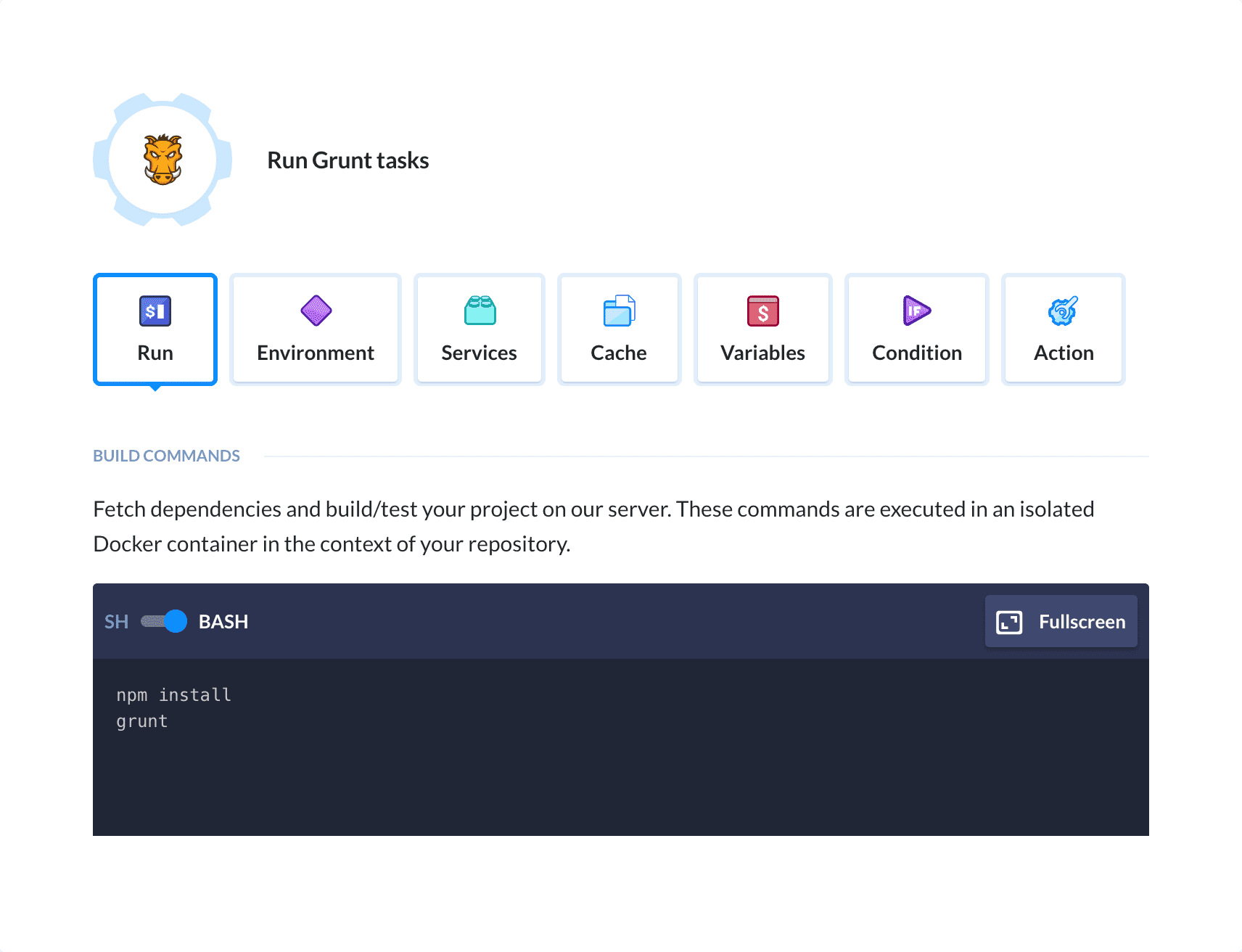 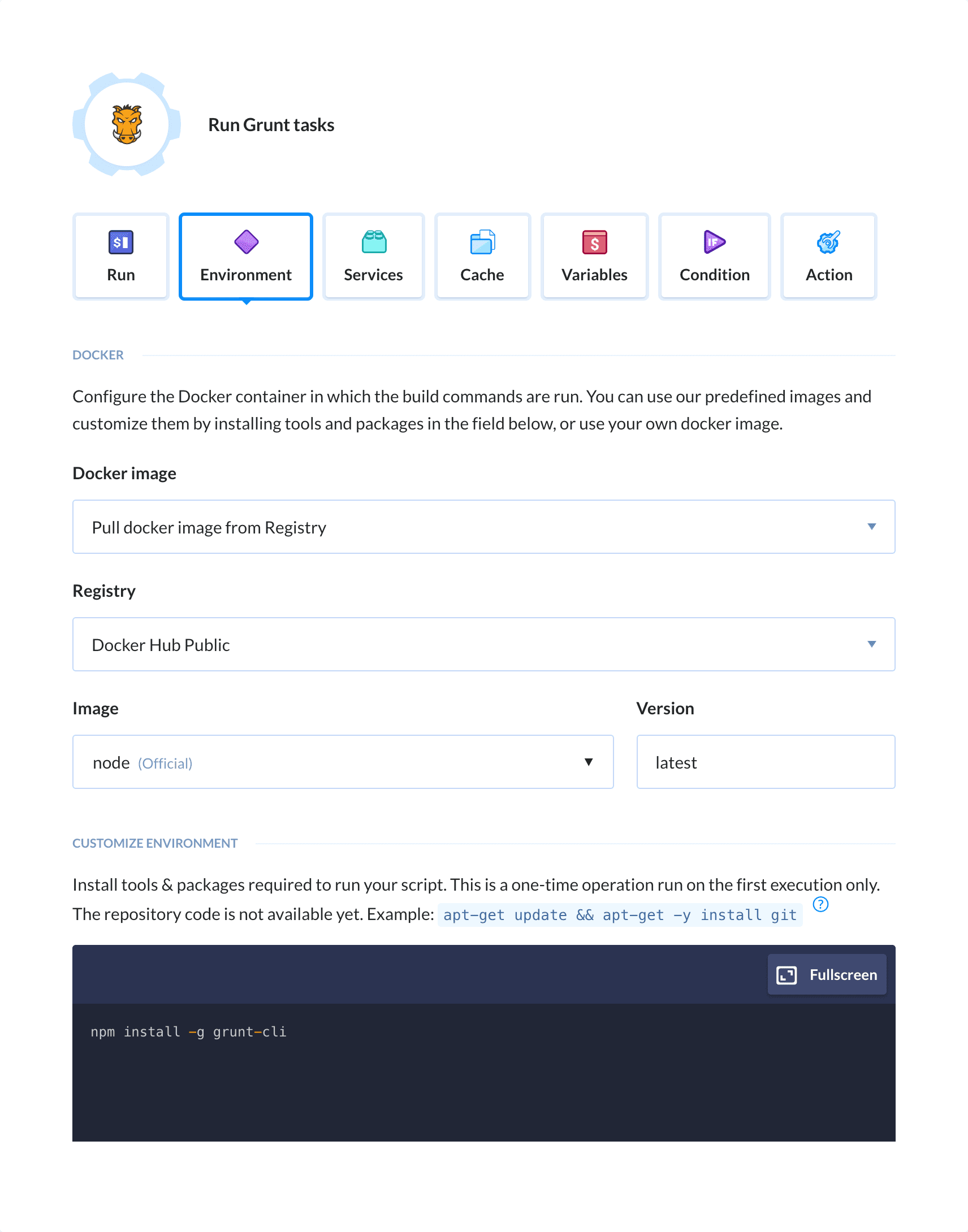 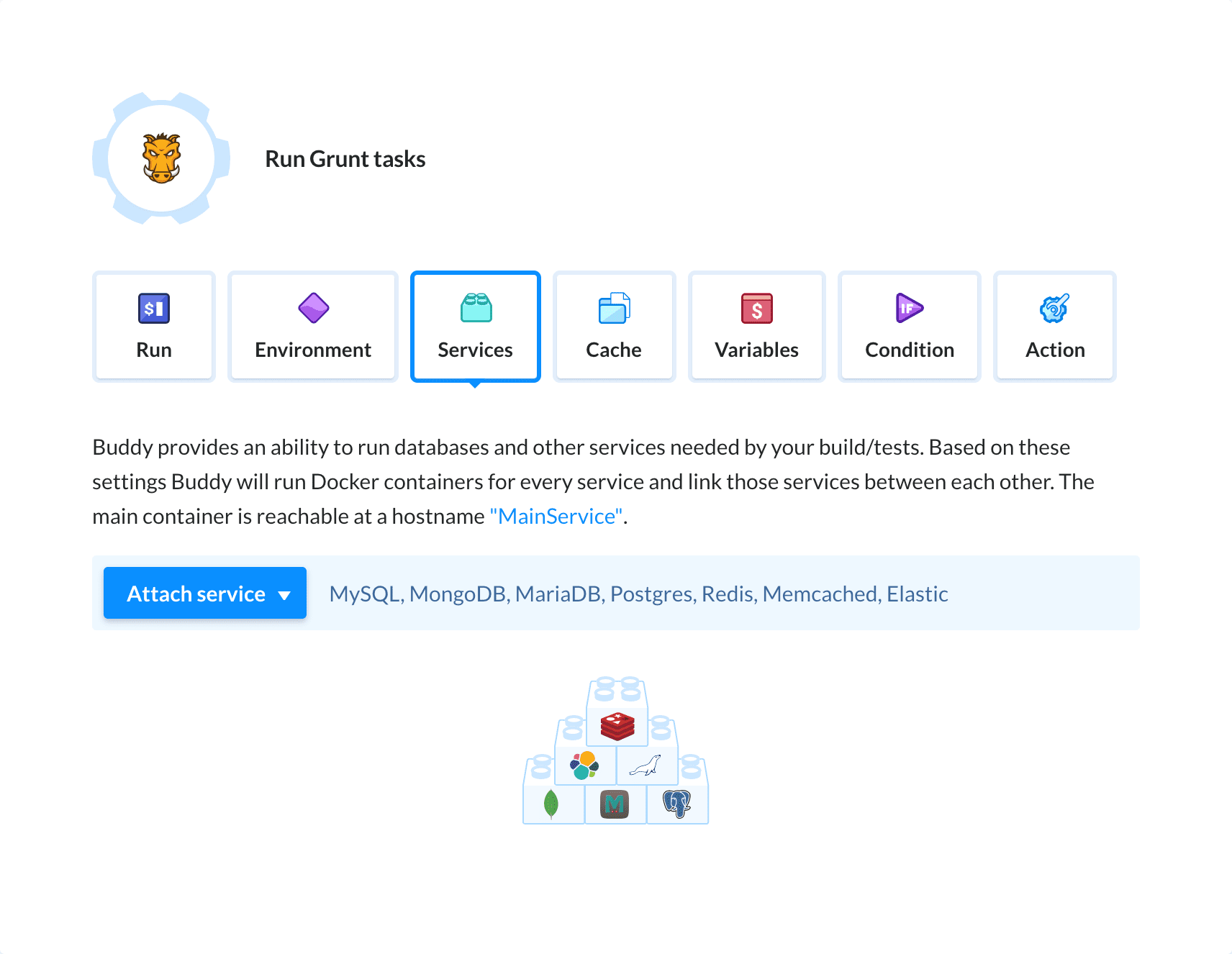 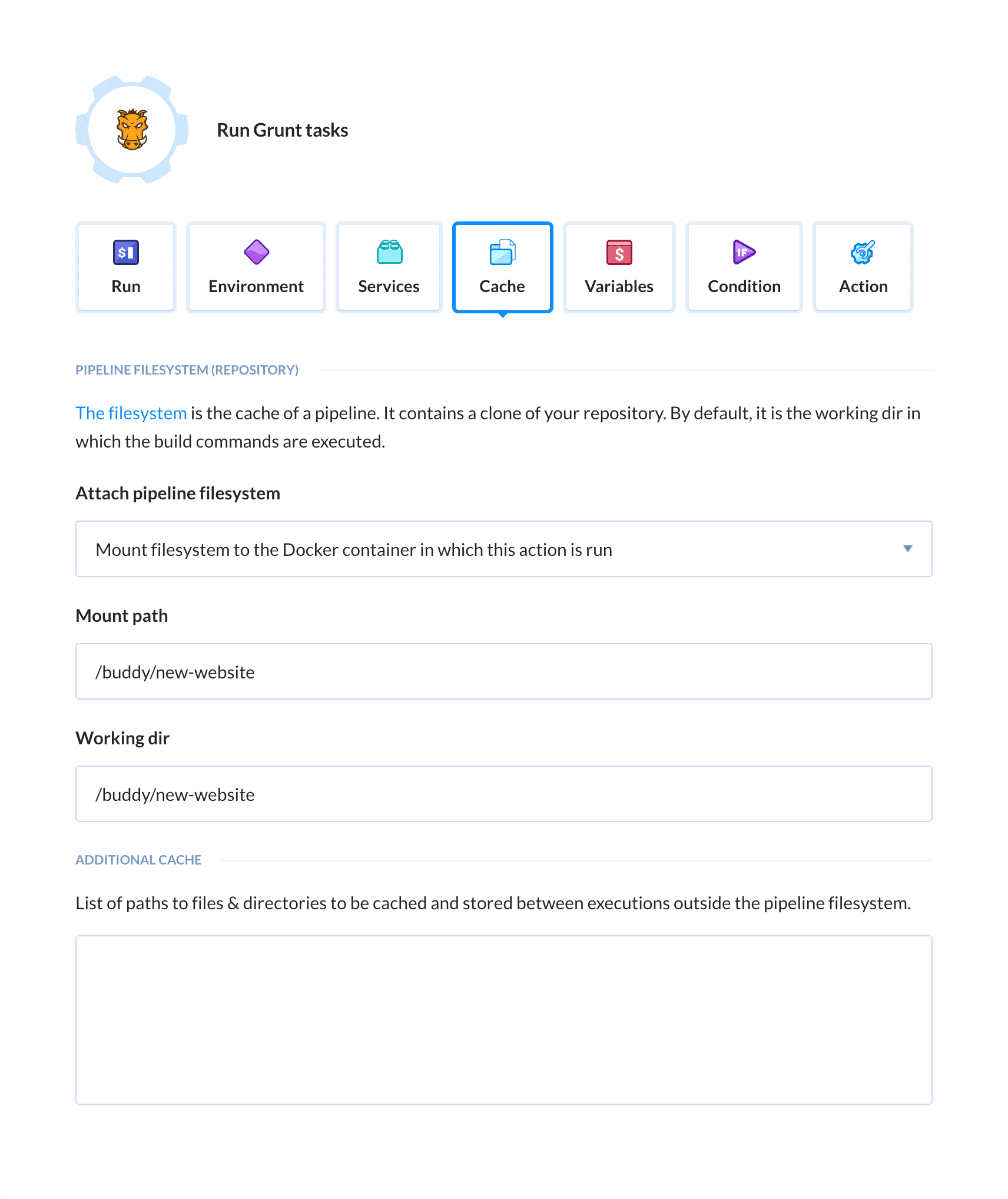 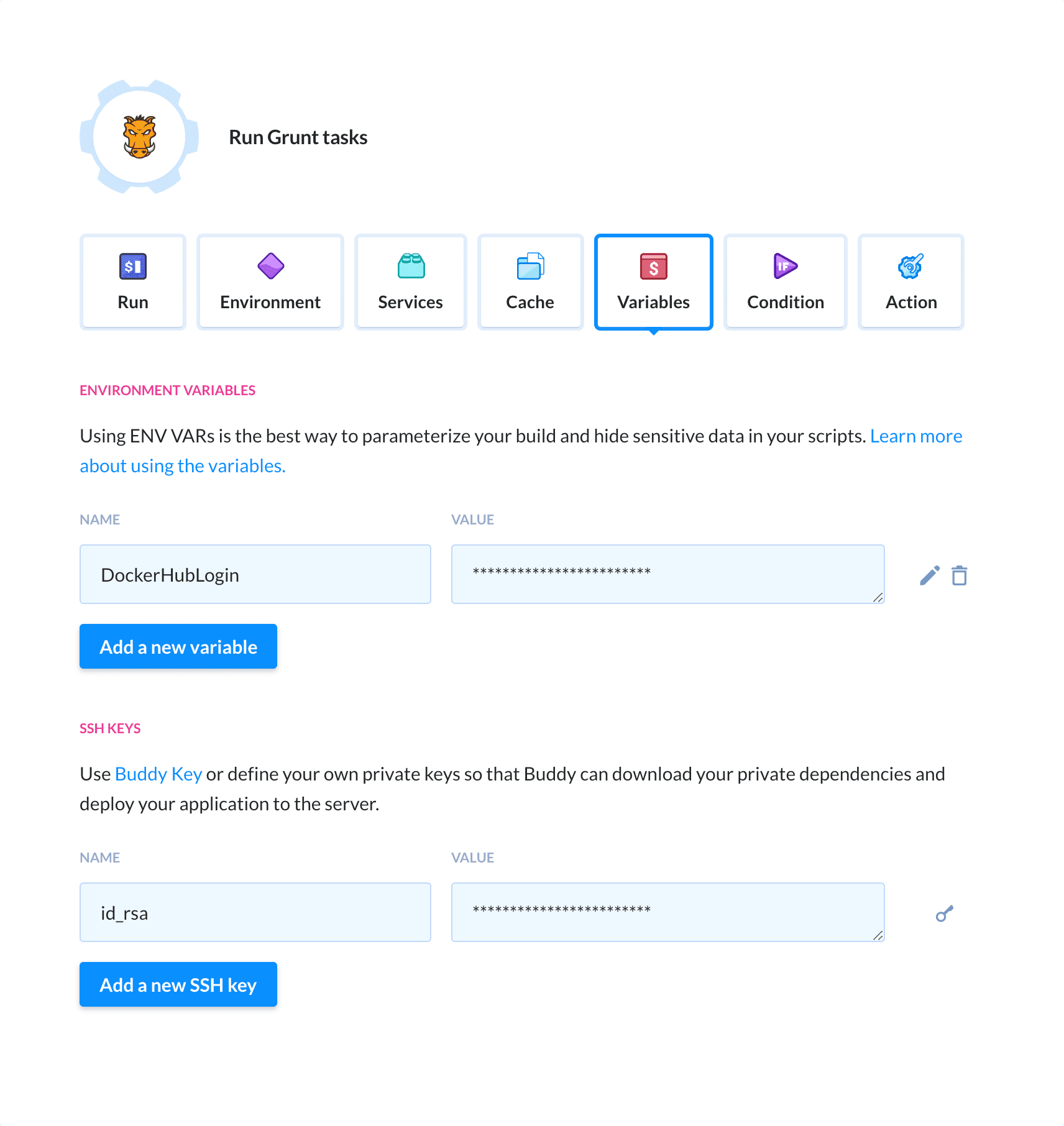 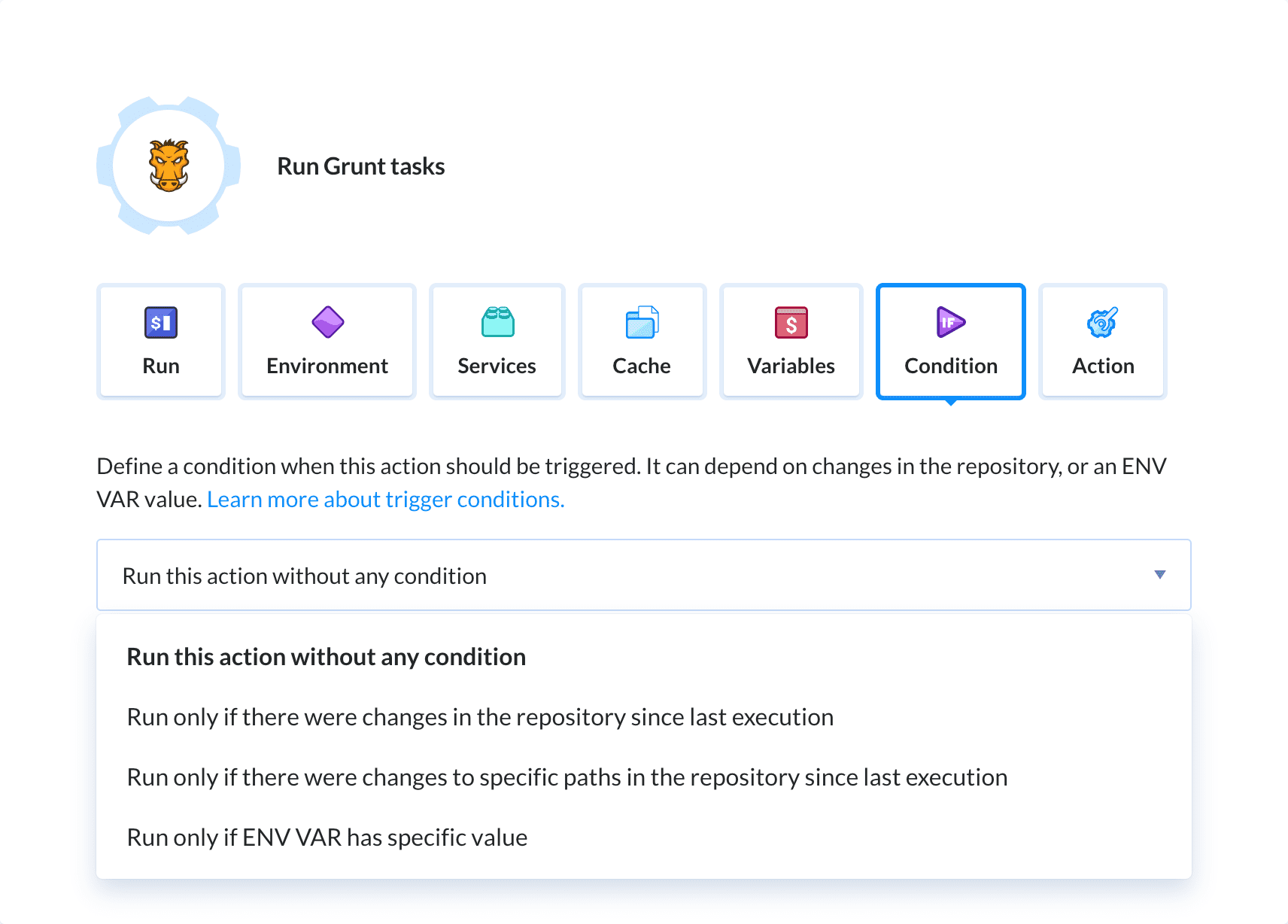 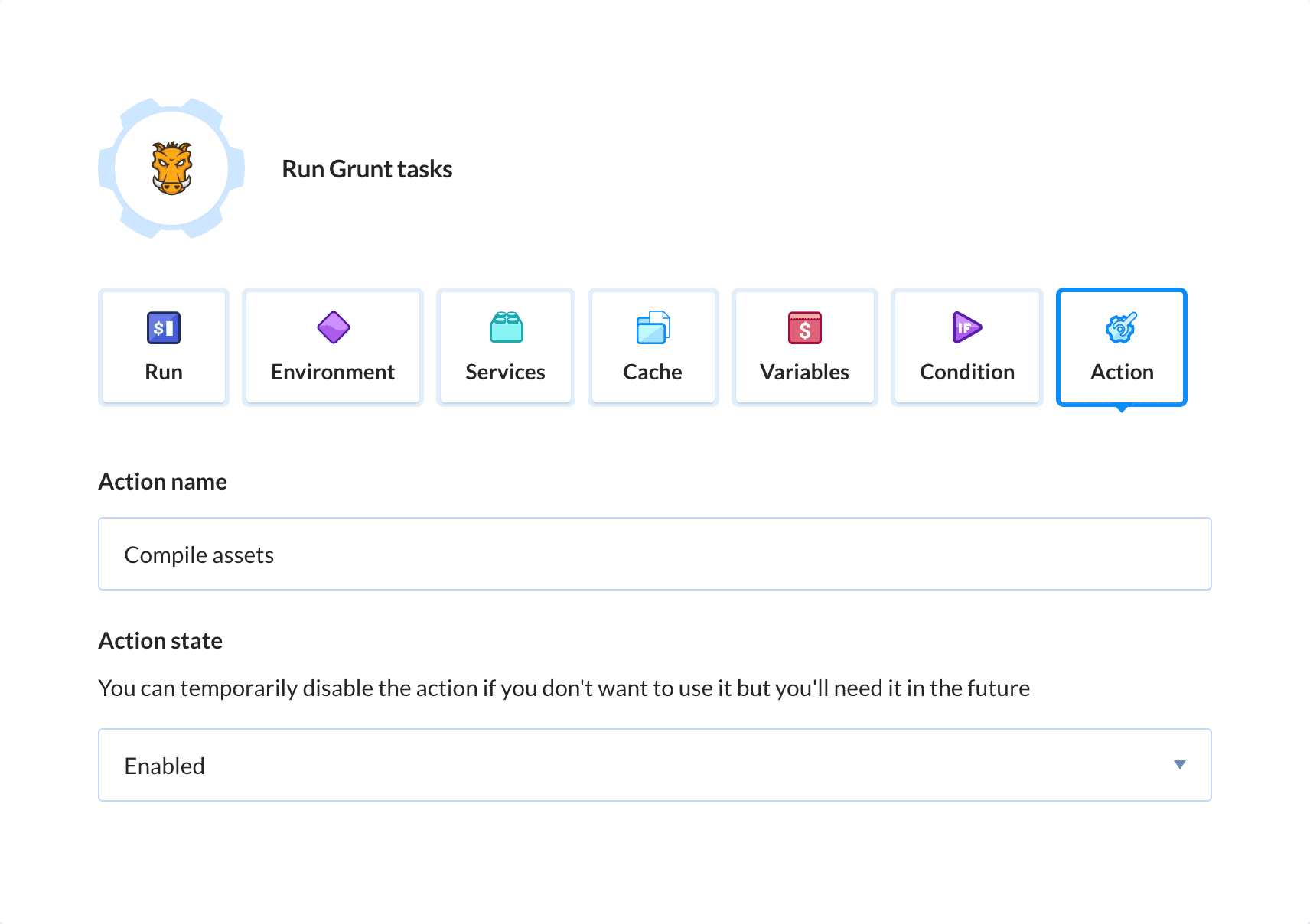 Do more with Grunt

Buddy allows you to instantly connect Grunt with 100+ actions to automate your development and build better apps faster.

Grunt is a JavaScript task runner. Task runners, in general, allow you to automate some of the repetitive processes you ecnounter during development like minification, compilation, linting etc. . Thanks to constantly growing array of Grunt plugins, you can automate most of the tedious tasks of your development cycle.

Connect Grunt with the tools you use everyday and find your web development super-powers.