This action runs Webpack, the module bundler. Its main purpose is to bundle JavaScript files for usage in a browser, yet it is also capable of transforming, bundling, or packaging just about any resource or asset.

This action launches a Docker container using the official Node.js image which is customized with the pre-installed Webpack npm package. In the container, the webpack command is run. Once the commands stop, the container is terminated.

The action uses pipeline's filesystem as its working directory to which generated files are saved. 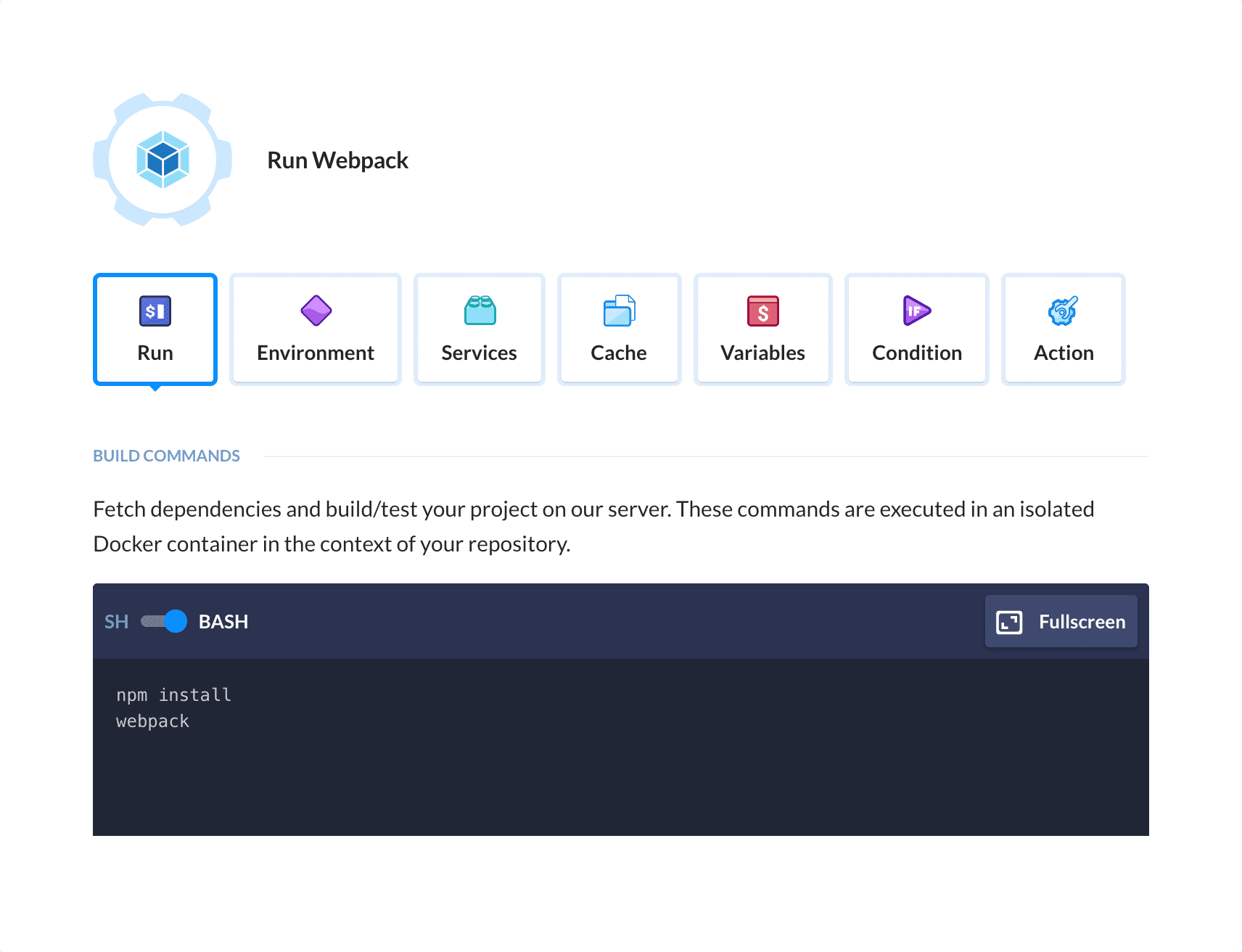 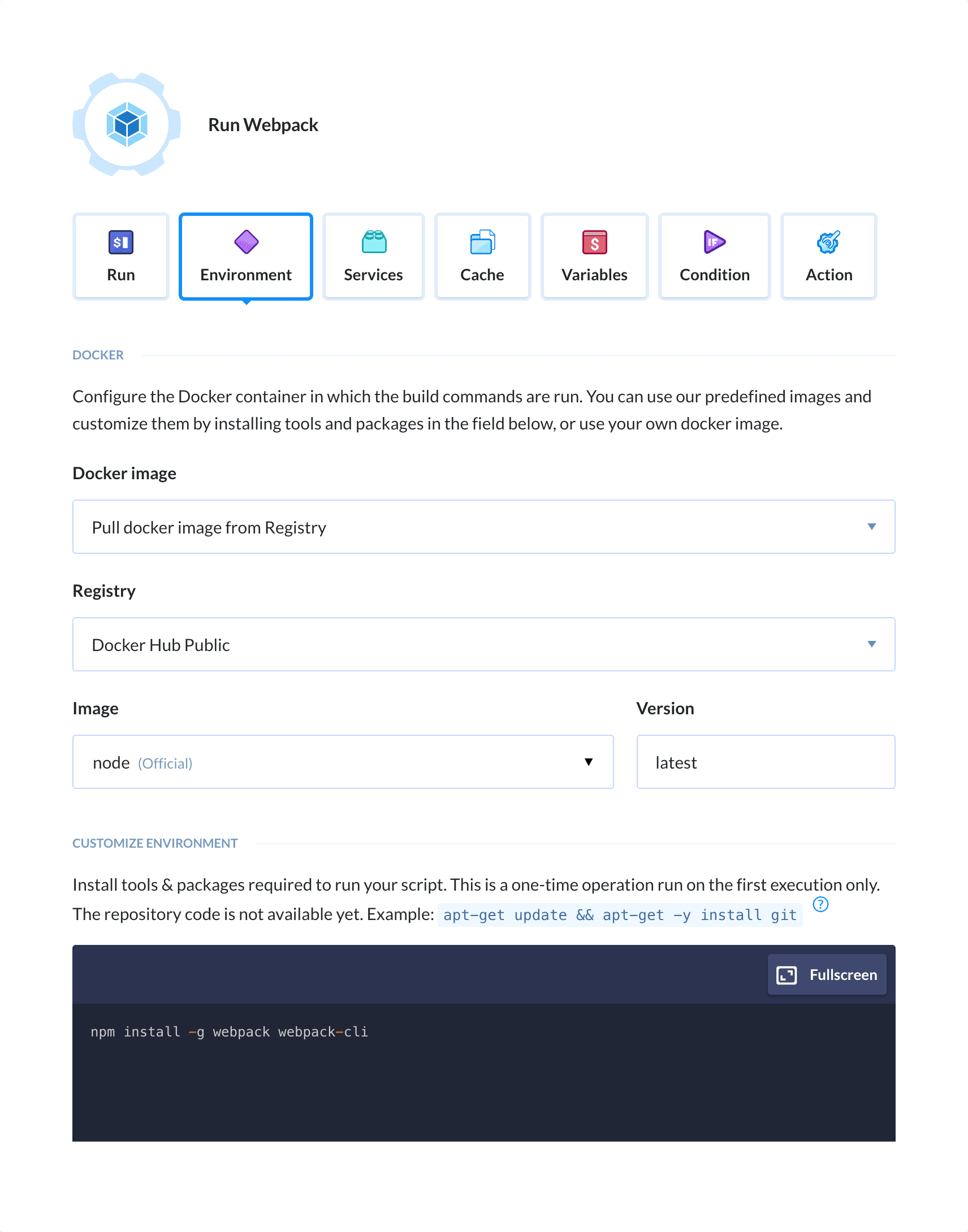 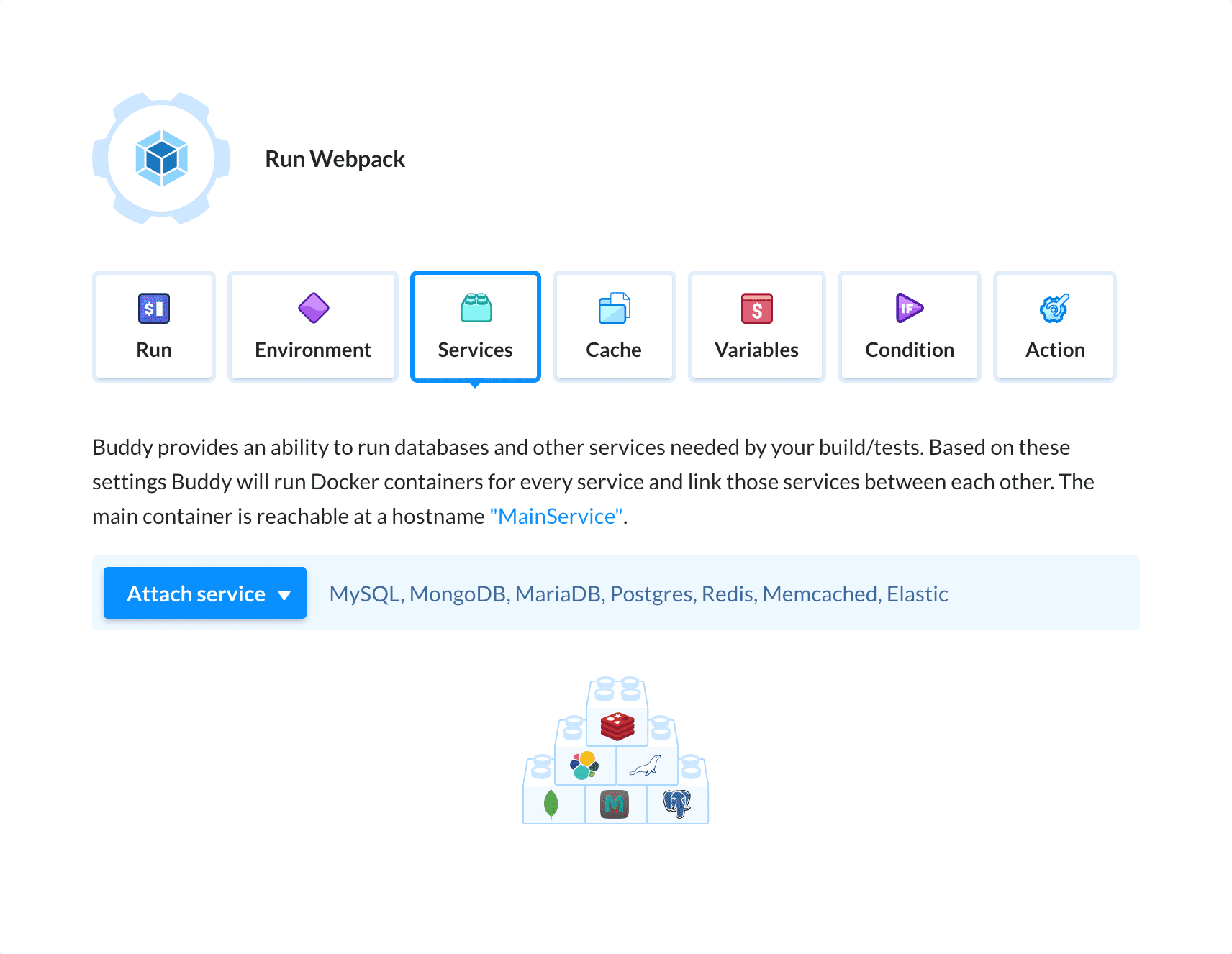 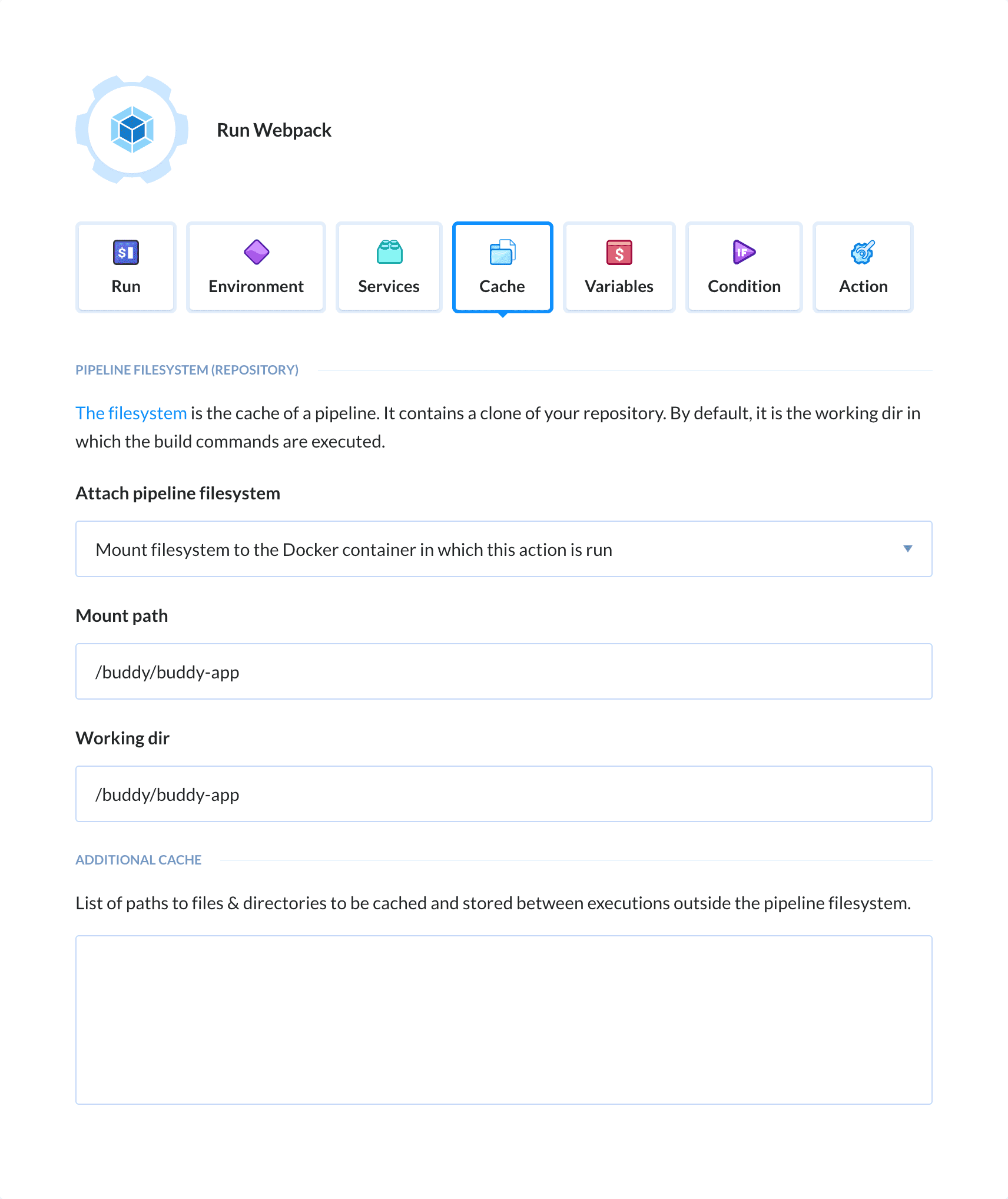 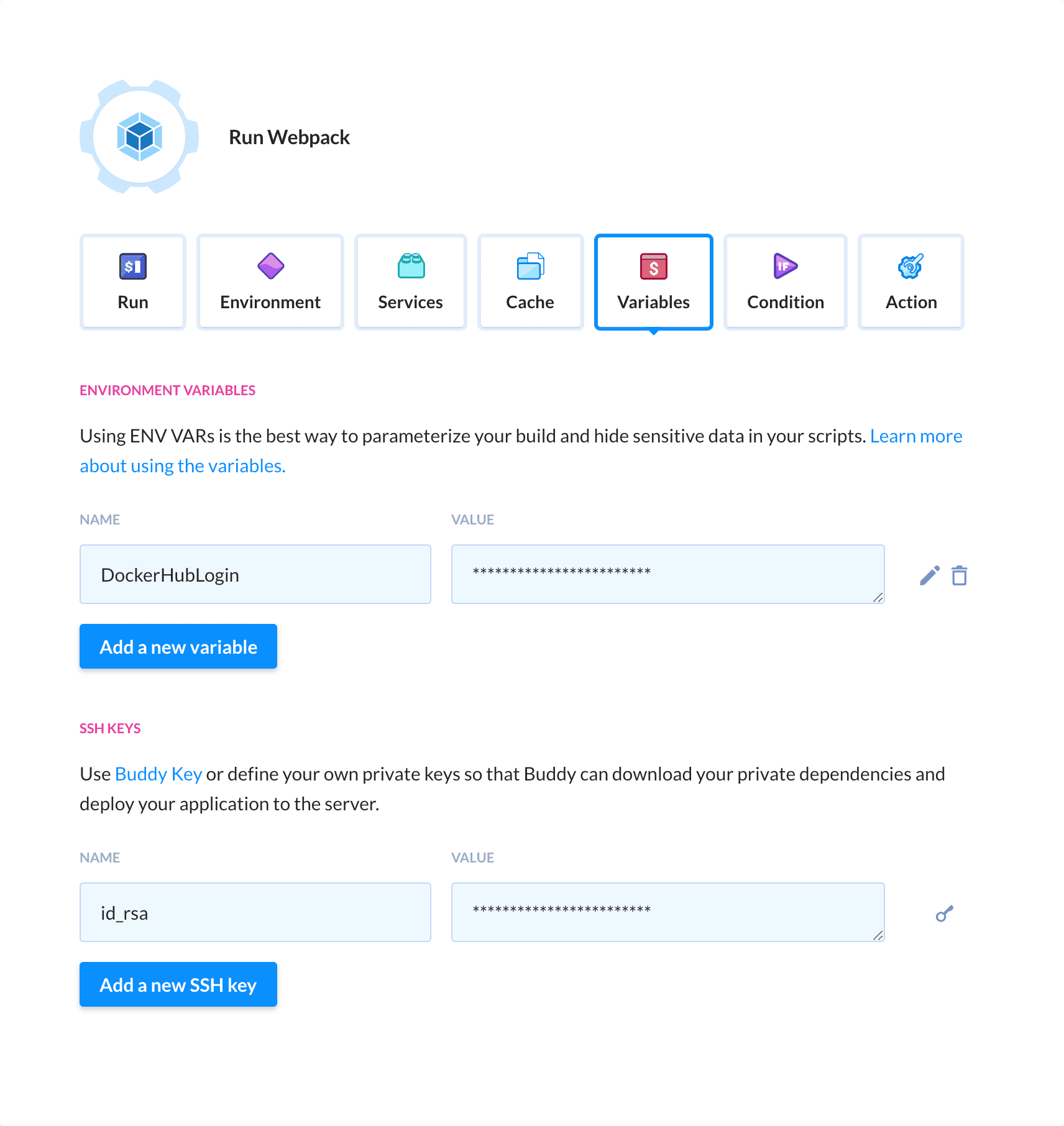 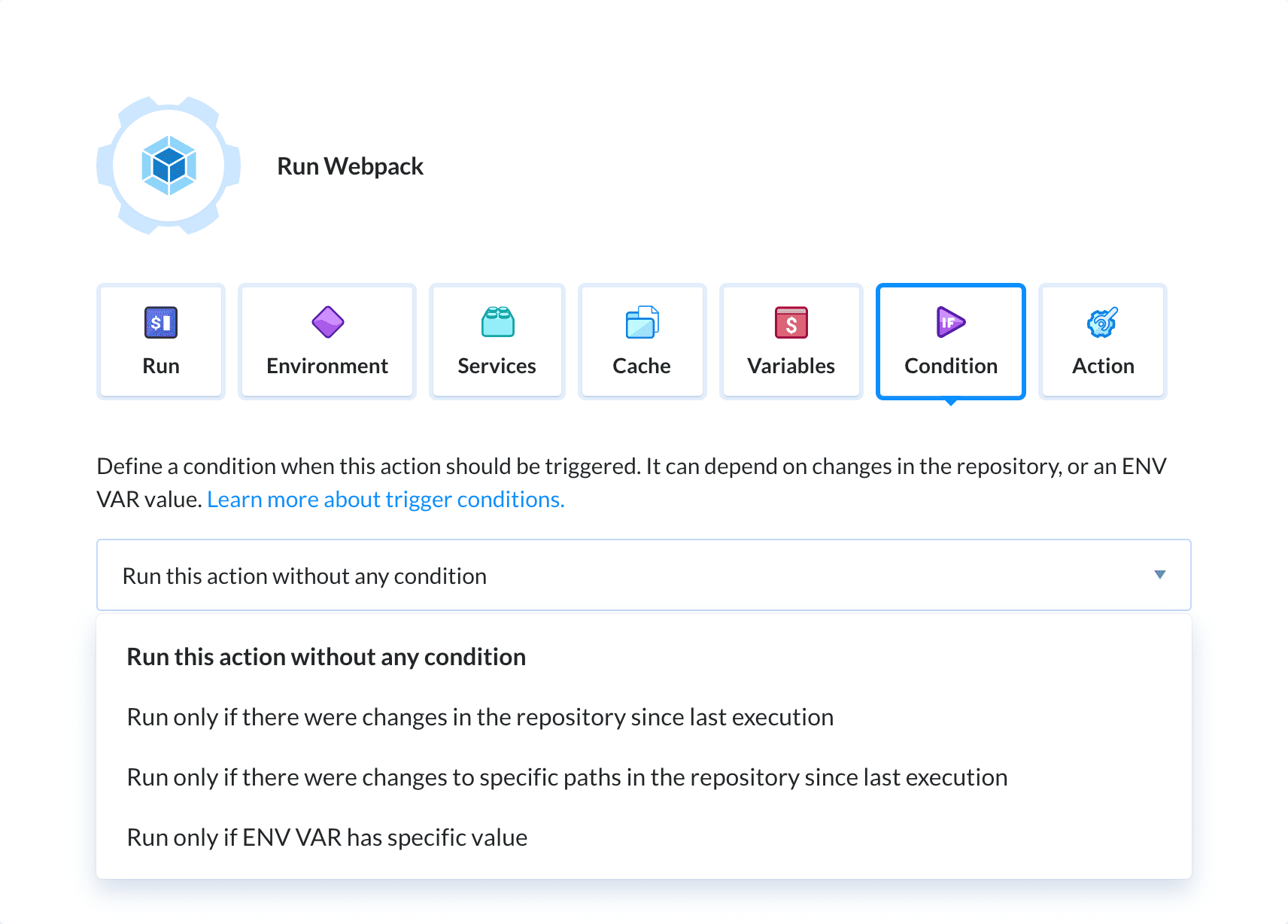 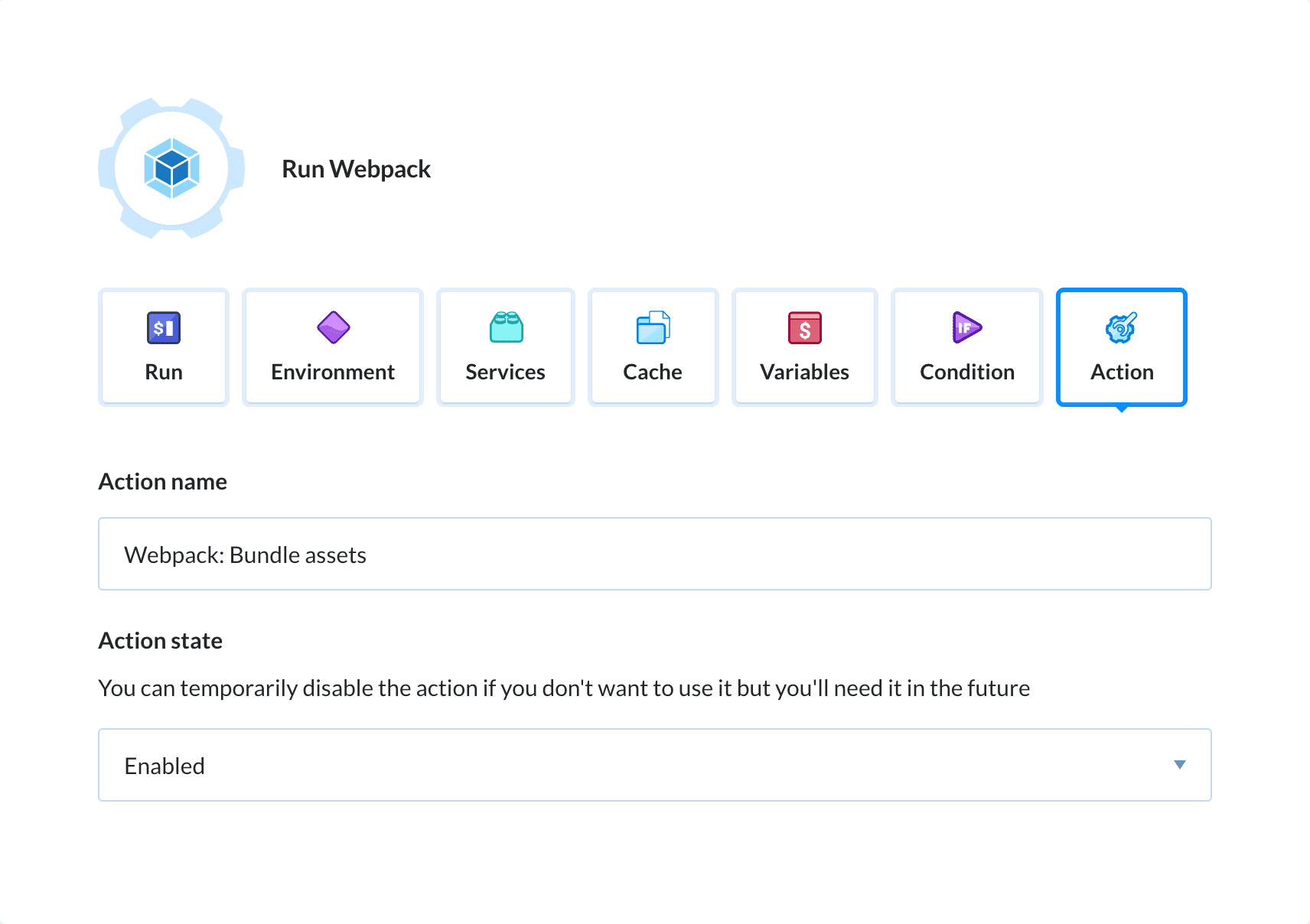 Do more with Webpack

Buddy allows you to instantly connect Webpack with 100+ actions to automate your development and build better apps faster.

Webpack bundles static modules for JavaScript apps. It basically converts your app code and converts it into modules usable in a web browser. Modules can bundle up various elements like node_modules, images, CSS styles. JS code etc. . Despite being developed for JavaScript it is possible to transform HTML, CSS and image files.

Connect Webpack with the tools you use everyday and find your web development super-powers.