This action transfers your files from a Git repository or a pipeline filesystem to a WebDAV endpoint. WebDAV is very often used by popular applications such as IP.Board & BigCommerce.

The action is aware of what is currently on the server and uploads only what has changed. Thus, it uploads new files, updates the changed ones and deletes everything that was deleted from the repository or the filesystem. 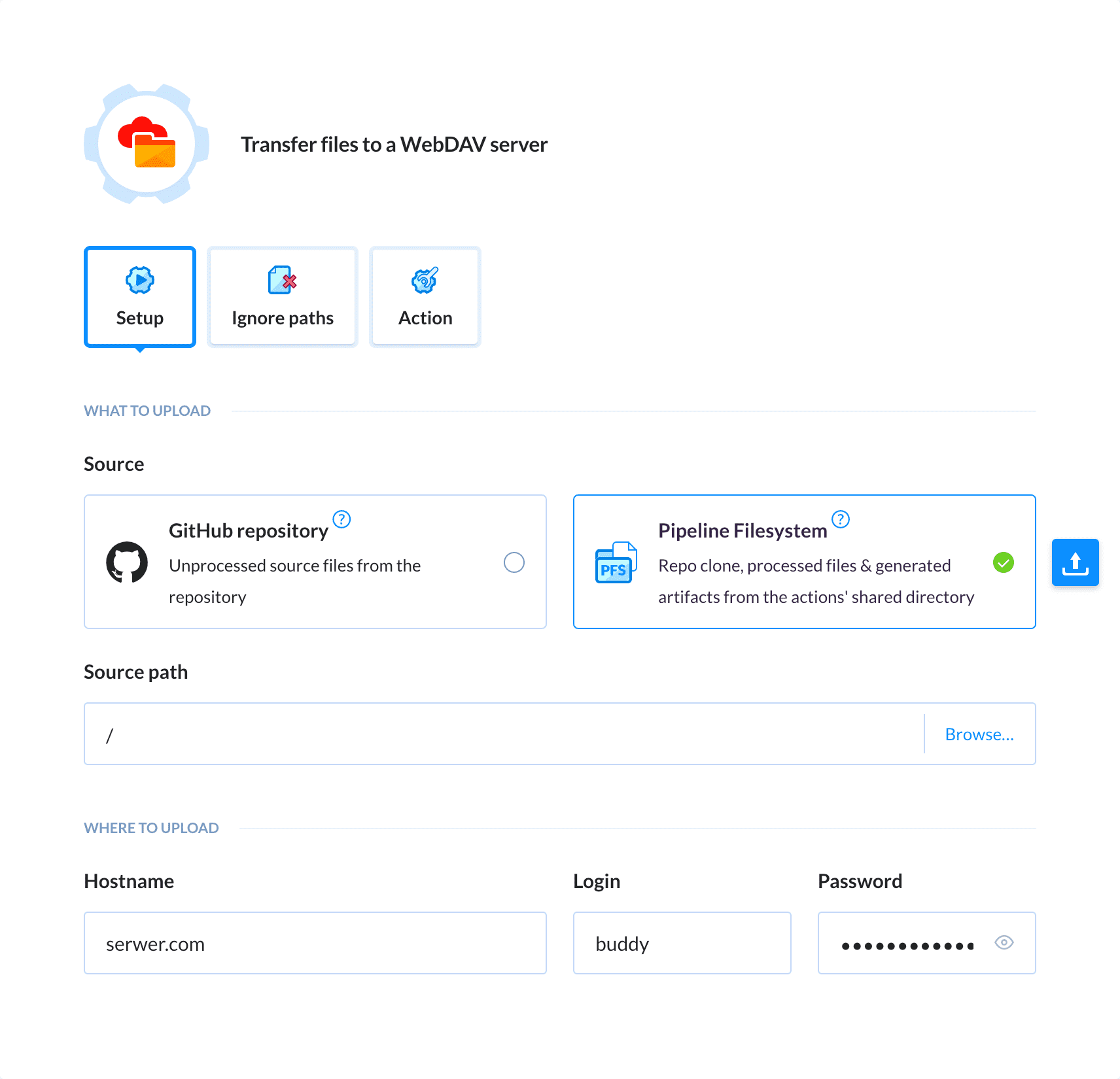 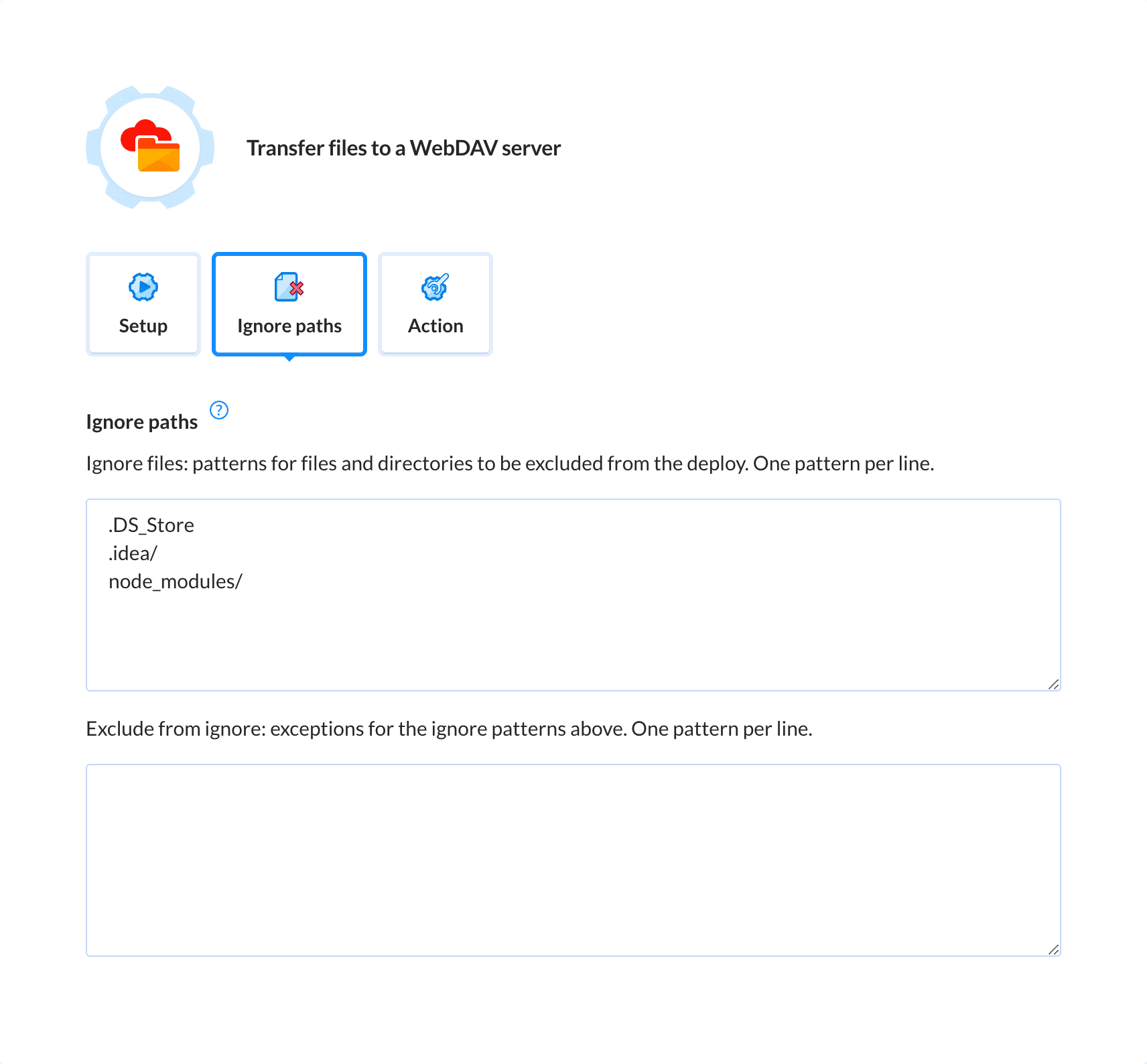 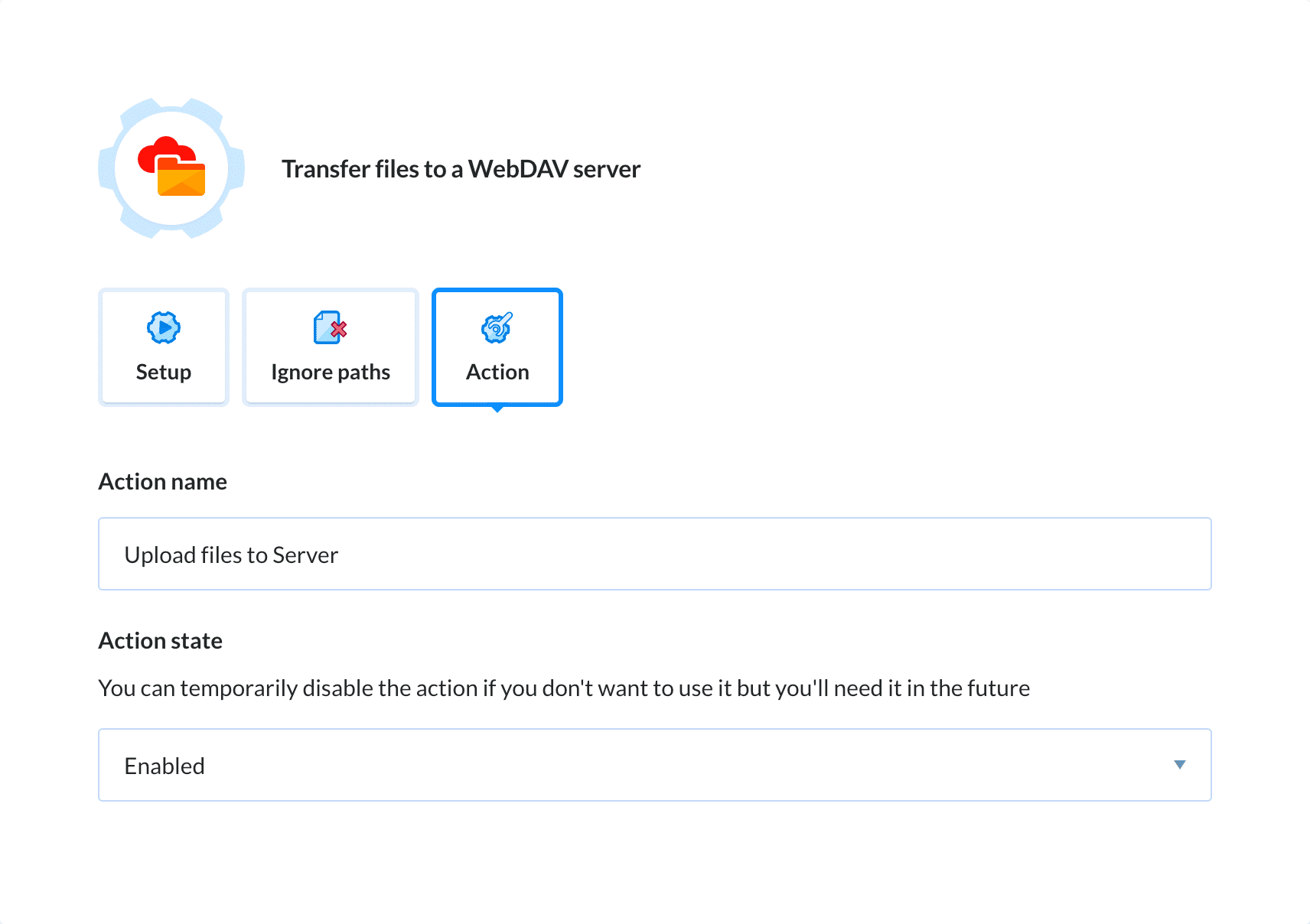 Do more with WebDAV

Buddy allows you to instantly connect WebDAV with 100+ actions to automate your development and build better apps faster.

Connect WebDAV with the tools you use everyday and find your web development super-powers.