This action uploads your files from a Git / GitHub / Bitbucket repository or Buddy’s pipeline filesystem to Shopify.

The action uses Buddy’s OAuth integration with a Shopify shop. Once it’s set up, it allows to select Shopify theme to deploy to. The action is changeset-based, which means that it only uploads new or changed files between deployments. 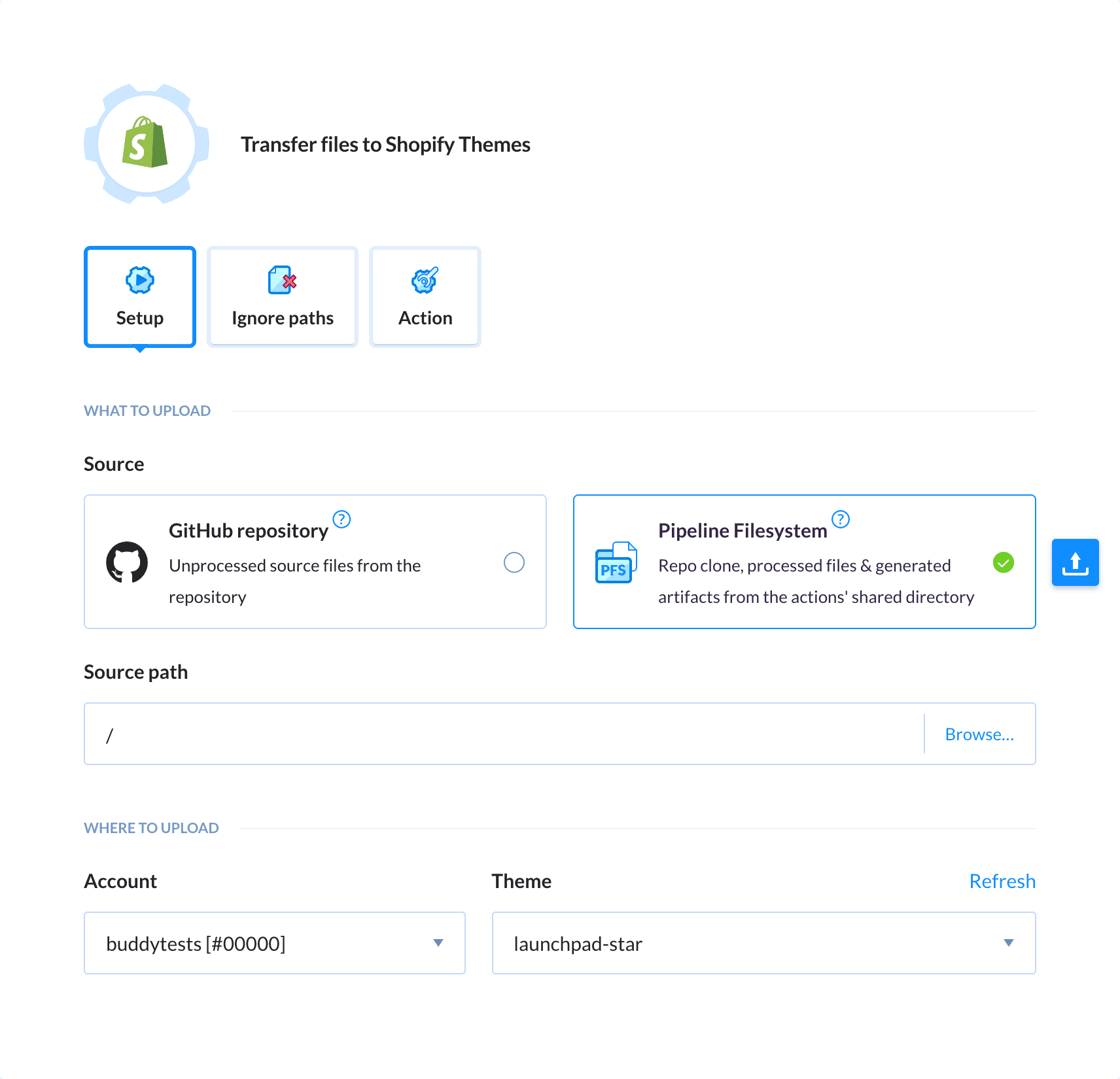 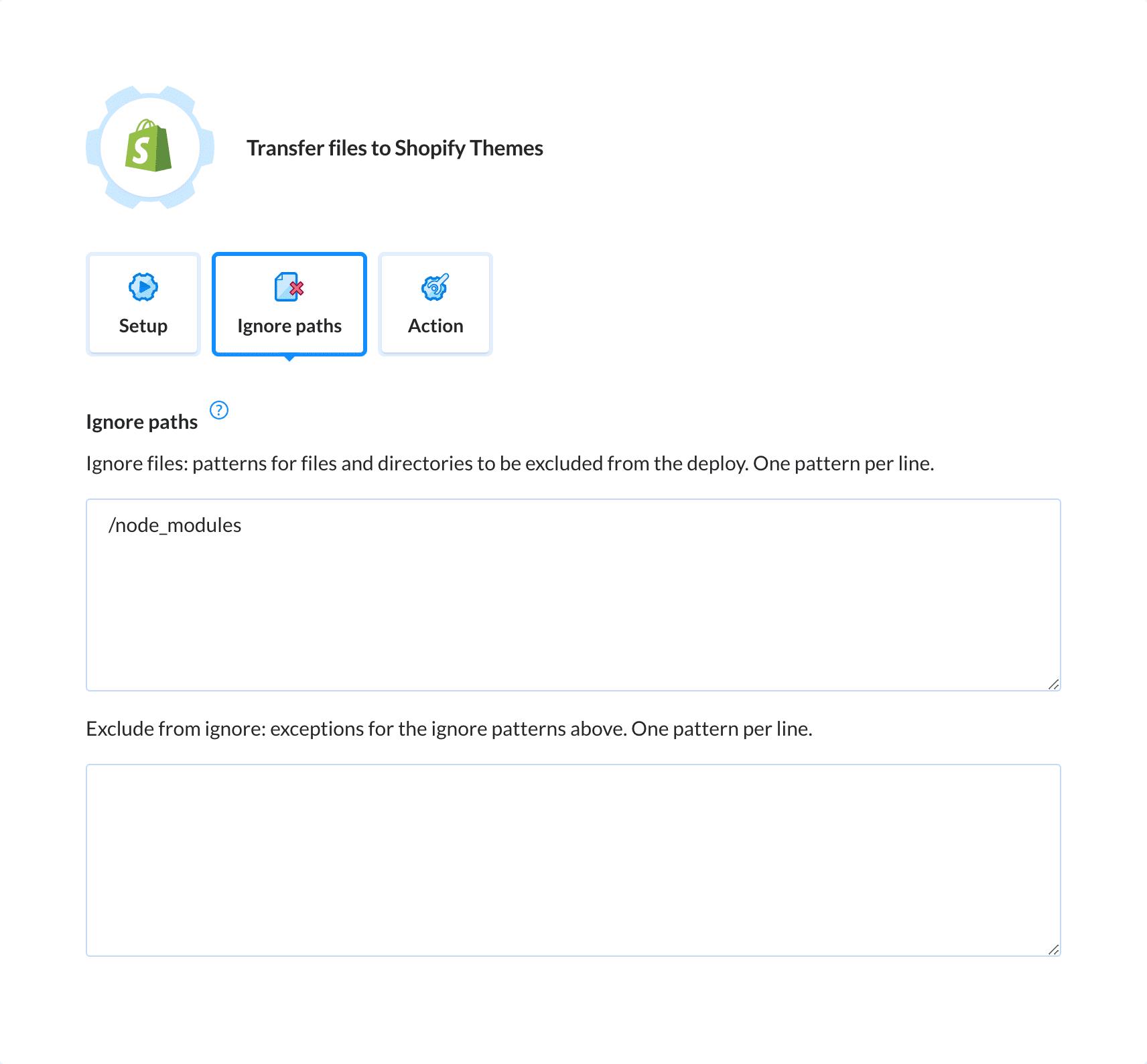 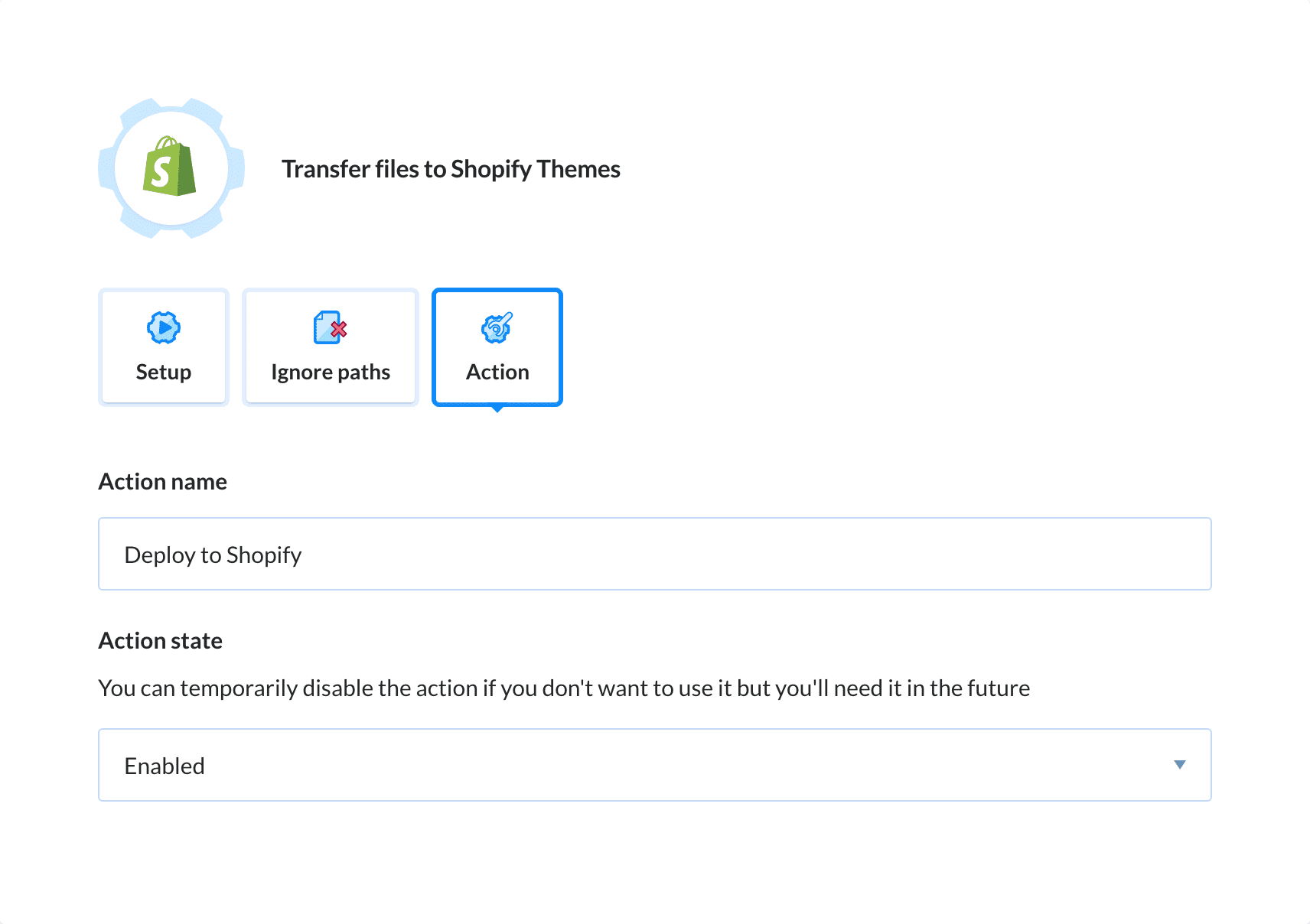 Do more with Shopify

Buddy allows you to instantly connect Shopify with 100+ actions to automate your development and build better apps faster.

Connect Shopify with the tools you use everyday and find your web development super-powers.