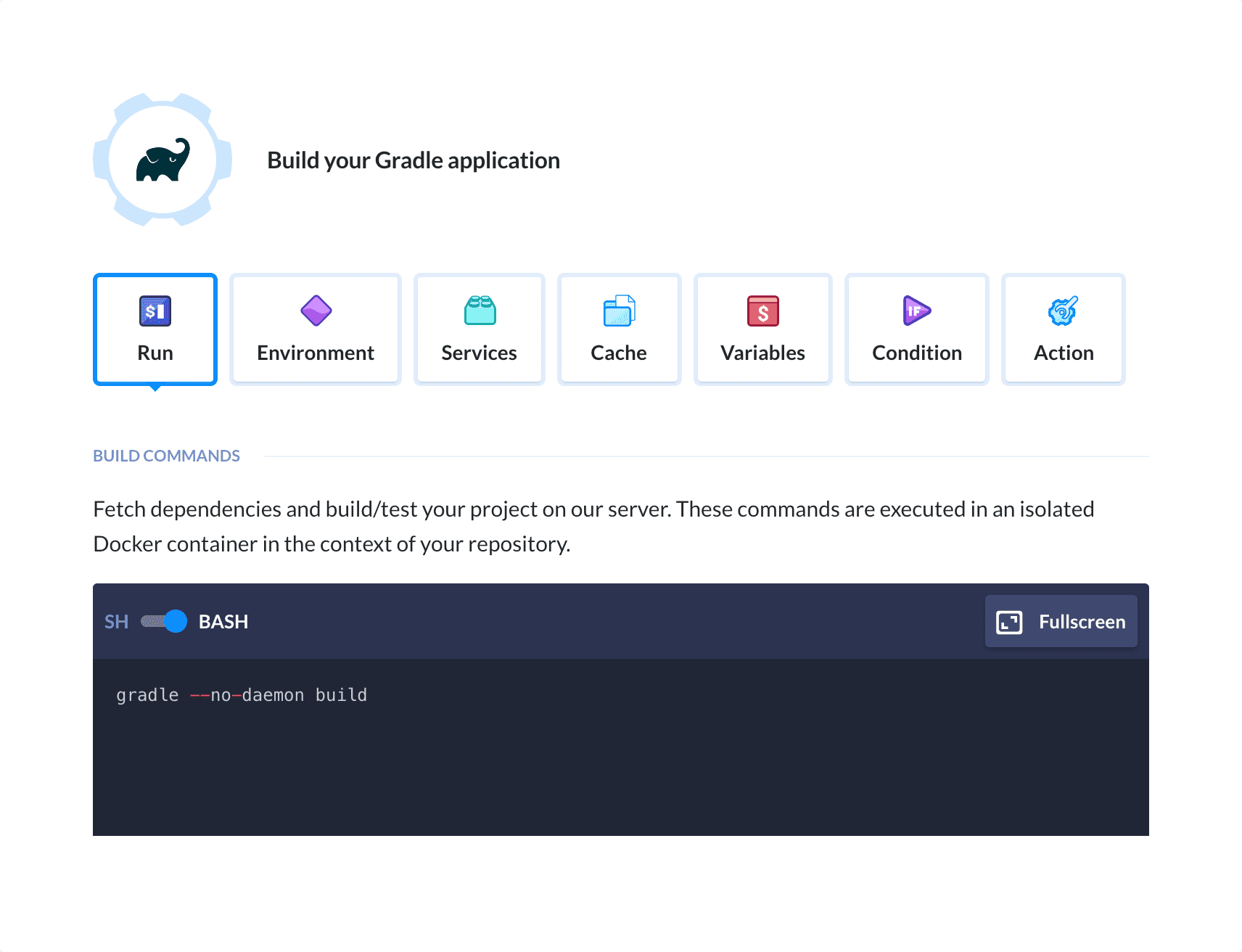 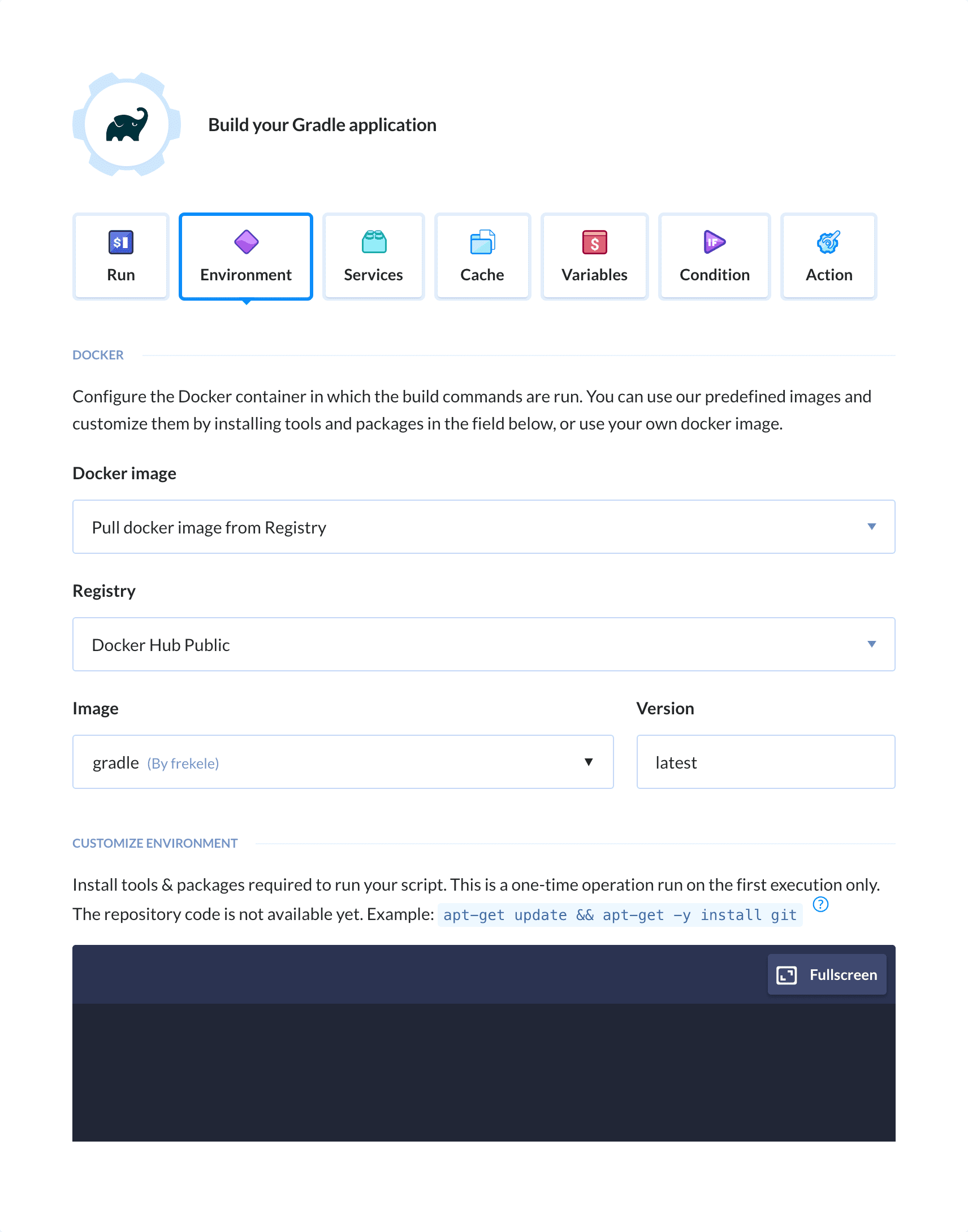 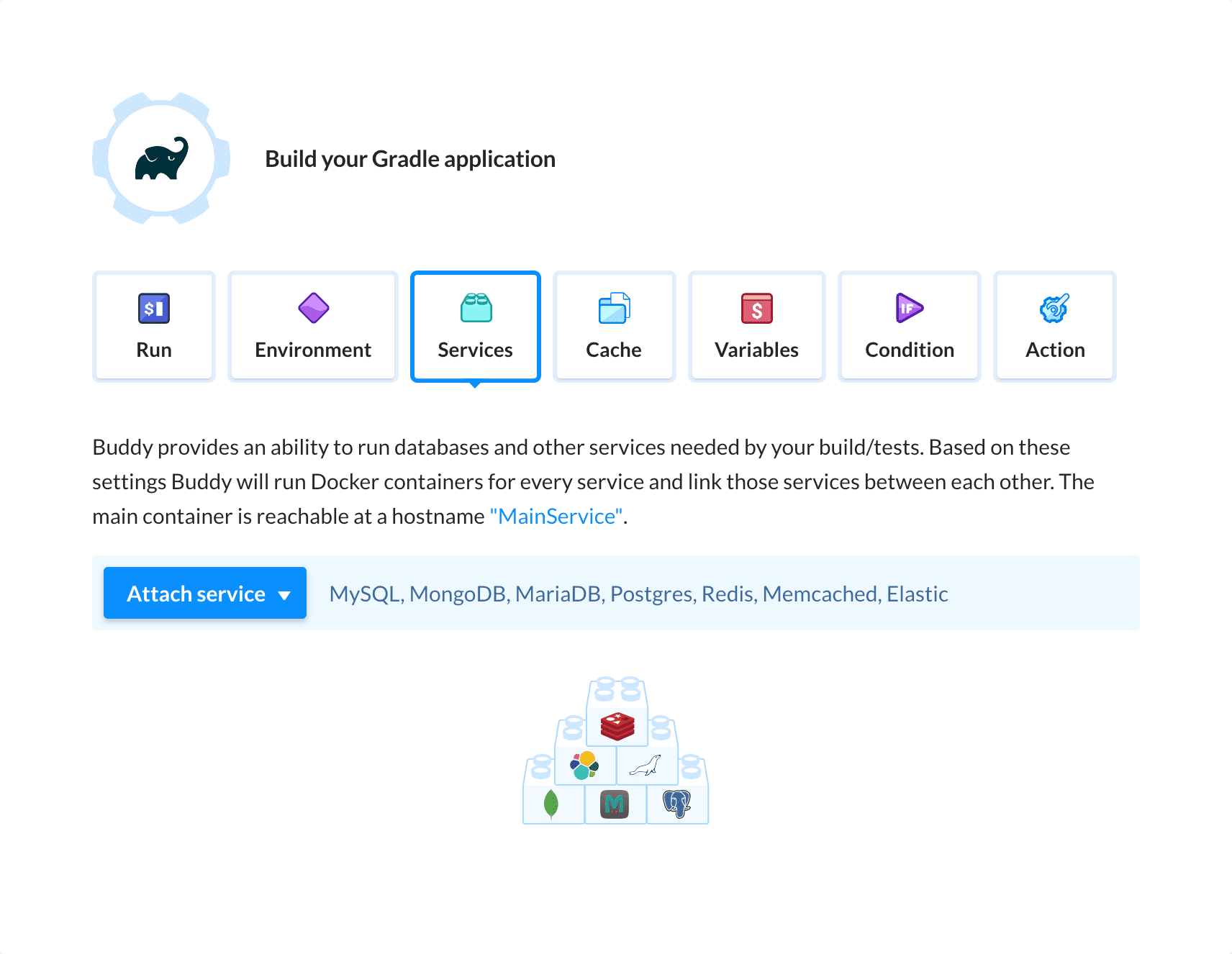 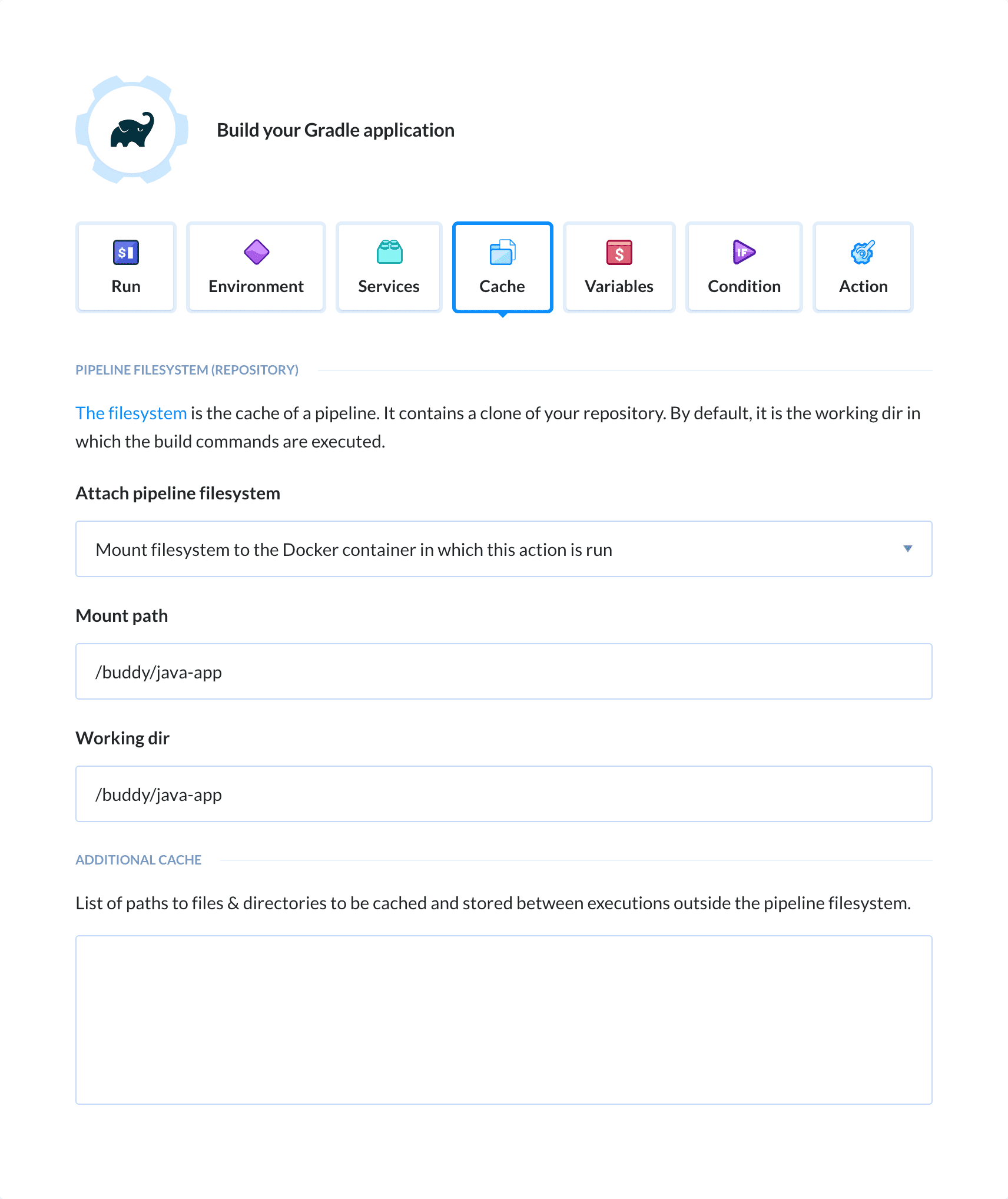 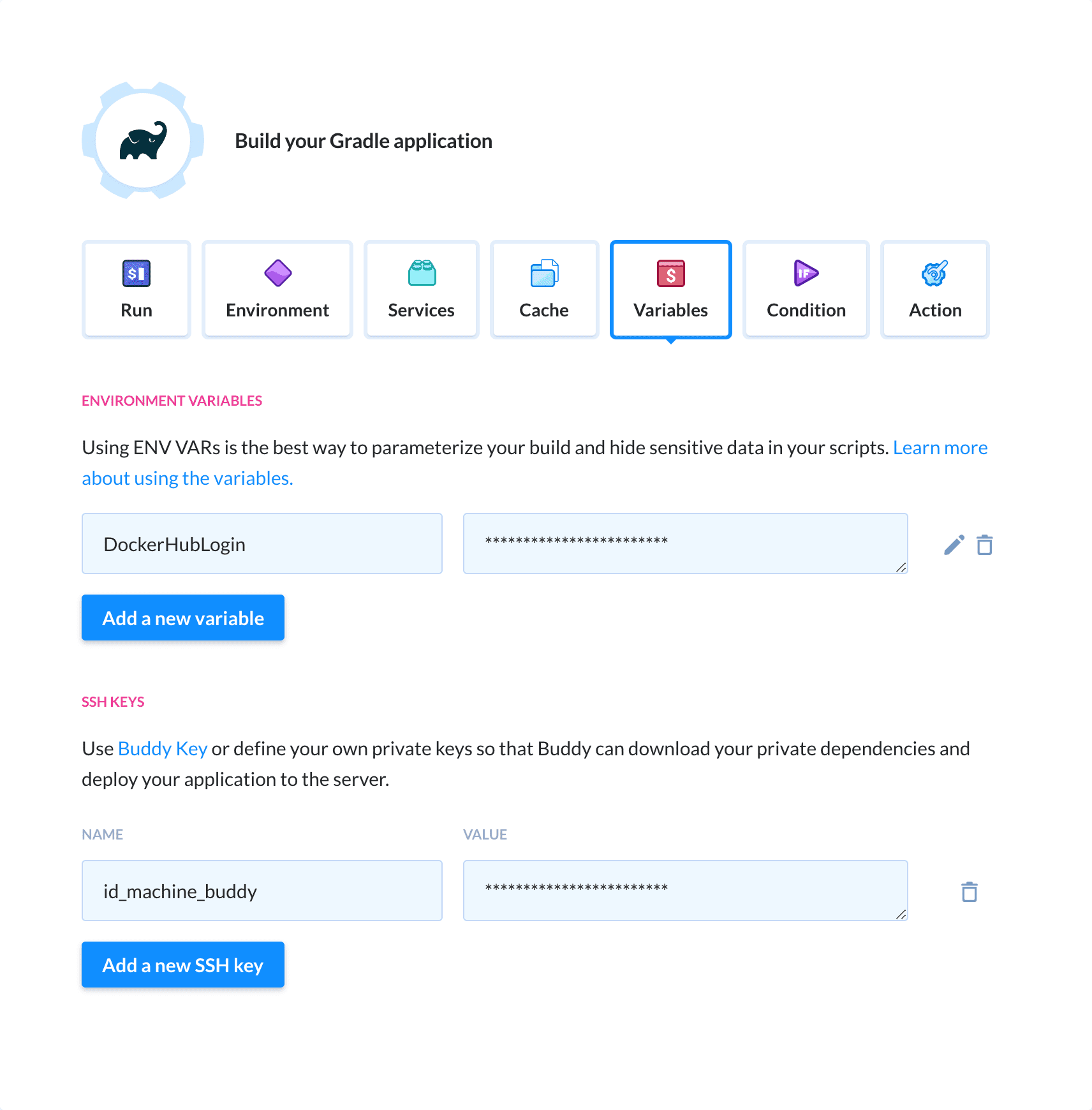 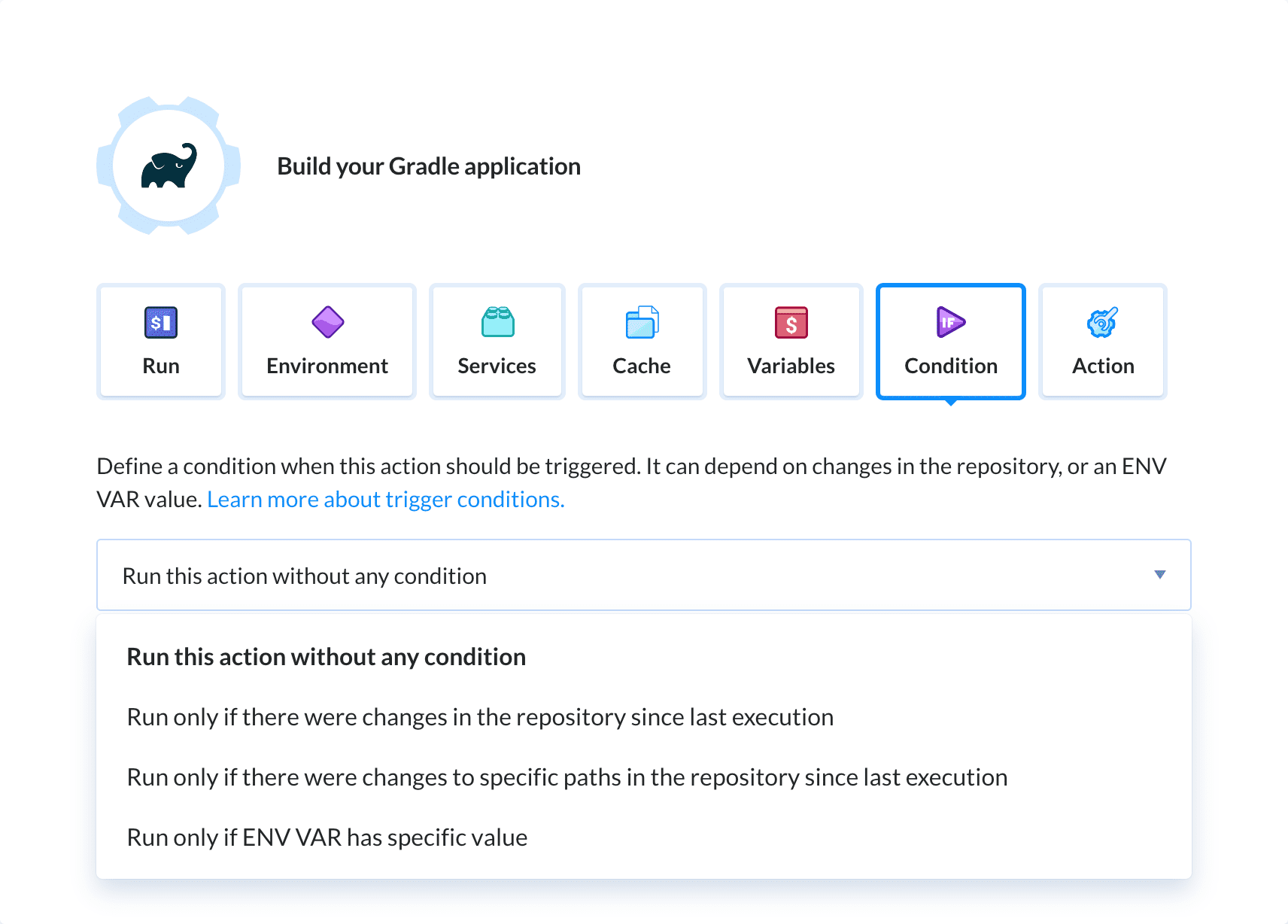 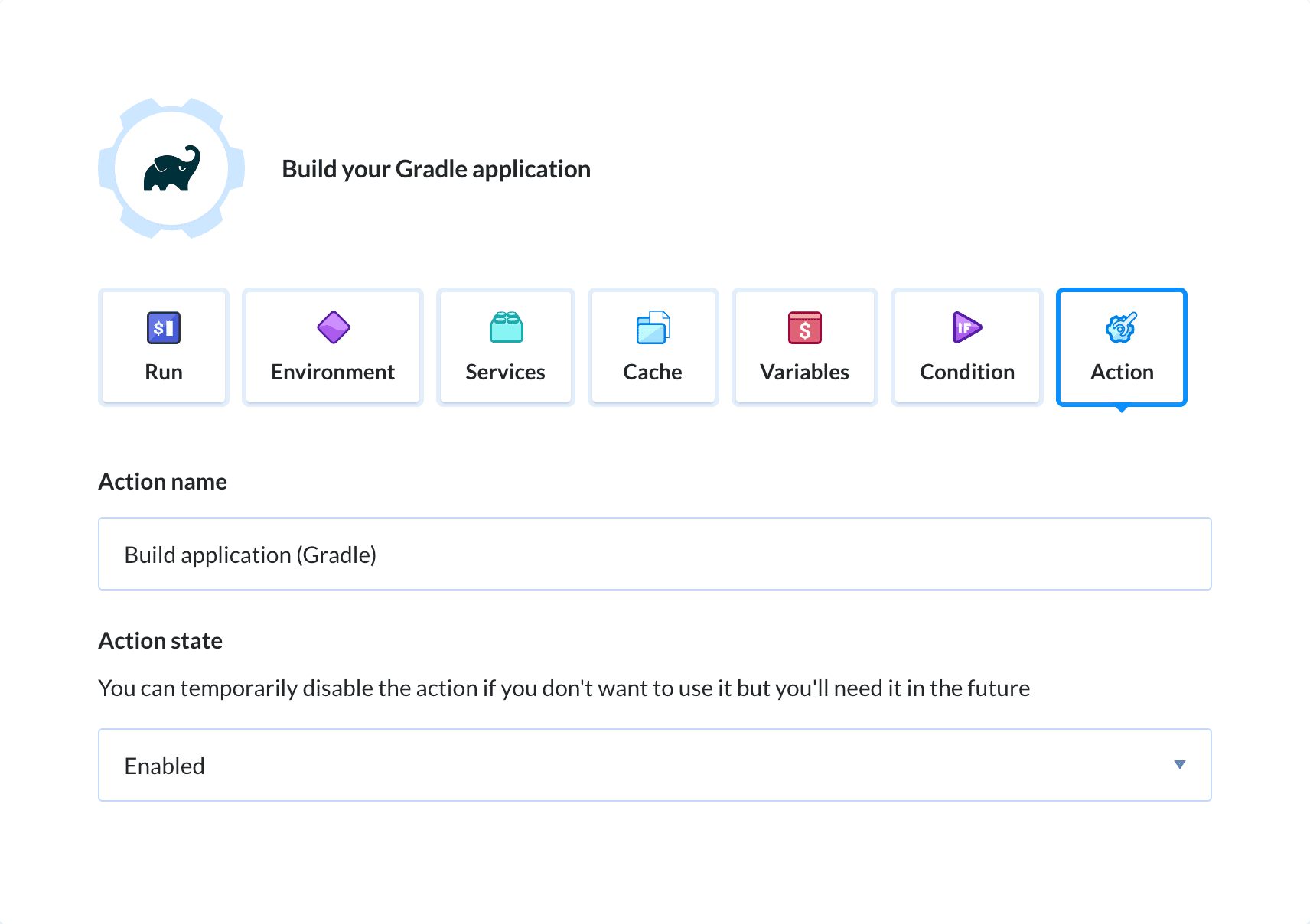 Do more with Gradle

Buddy allows you to instantly connect Gradle with 100+ actions to automate your development and build better apps faster.

Gradle is an Apache-based (Apache Ant and Apache Maven) build automation tool. Gradle is usually used with Java, Scala or Groovy languages. Thanks to Gradle's extensive API, developers can benefit from an impressive library of plugins and integrations pushing their automation even further.

Connect Gradle with the tools you use everyday and find your web development super-powers.