Do more with Git Push

Buddy CI/CD allows you to instantly implement Git Push with 100+ ready to use actions to automate your development and build better apps faster.

This action pushes commits from Git repository connected with Buddy (GitHub, Bitbucket, GitLab, private Git server) or from Buddy’s built-in Git server to another repository with or without artifacts saved to the pipeline’s filesystem.

The action pushes a revision to a remote branch with which it was executed. By default, it pushes from the pipeline filesystem. It means that it will also push a commit containing artifacts that were generated in the filesystem by previous pipeline steps. 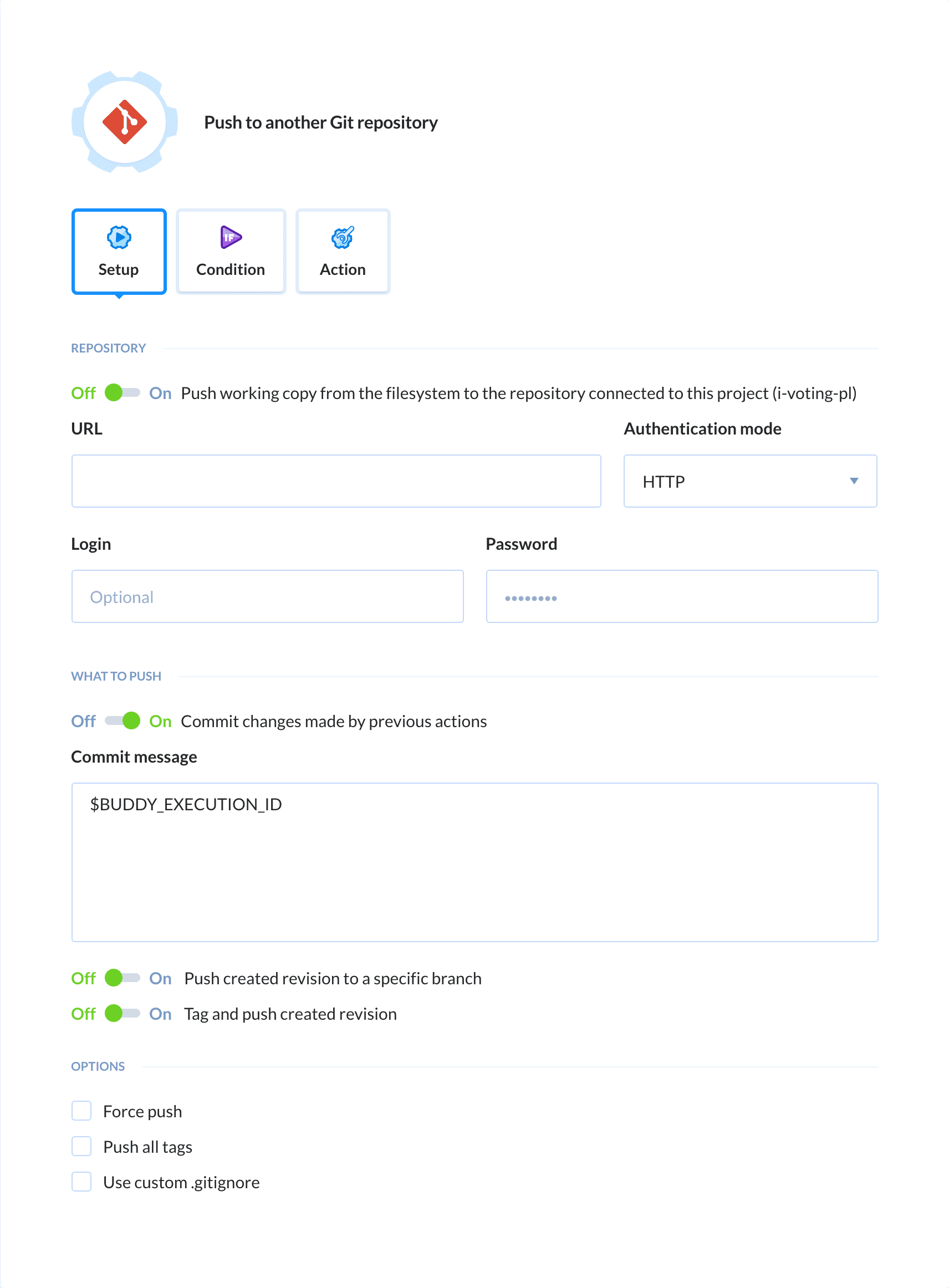 Do more with Git Push

Buddy allows you to instantly connect Git Push with 100+ actions to automate your development and build better apps faster.

Git is an open-source version control system that allows for better handling of projects. Thanks to how easy it is to learn and how fast its performance is it leaves behind other SCM tools like CVS, Perforce, ClearCase or Subversion