This action compiles C/C++ application using the GNU Compiler Collection with front ends for C, C++, Objective-C, Fortran, Ada, Go, and D, as well as libraries for these languages (libstdc++).

This action launches a Docker container using the official gcc. The container runs make command by default. Once the commands stop running, the container is terminated.

It uses the pipeline's filesystem as its working directory to which complied files are saved. 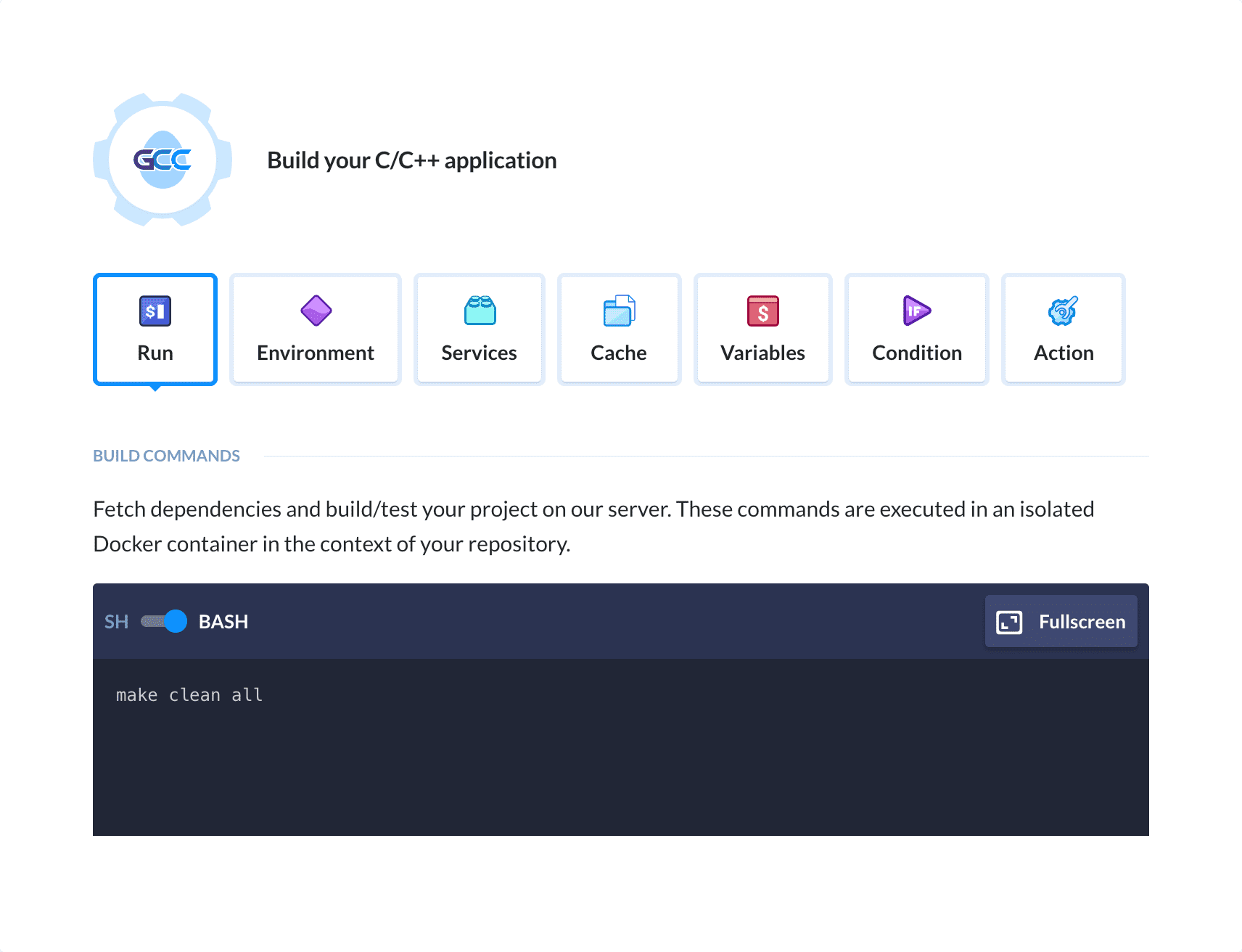 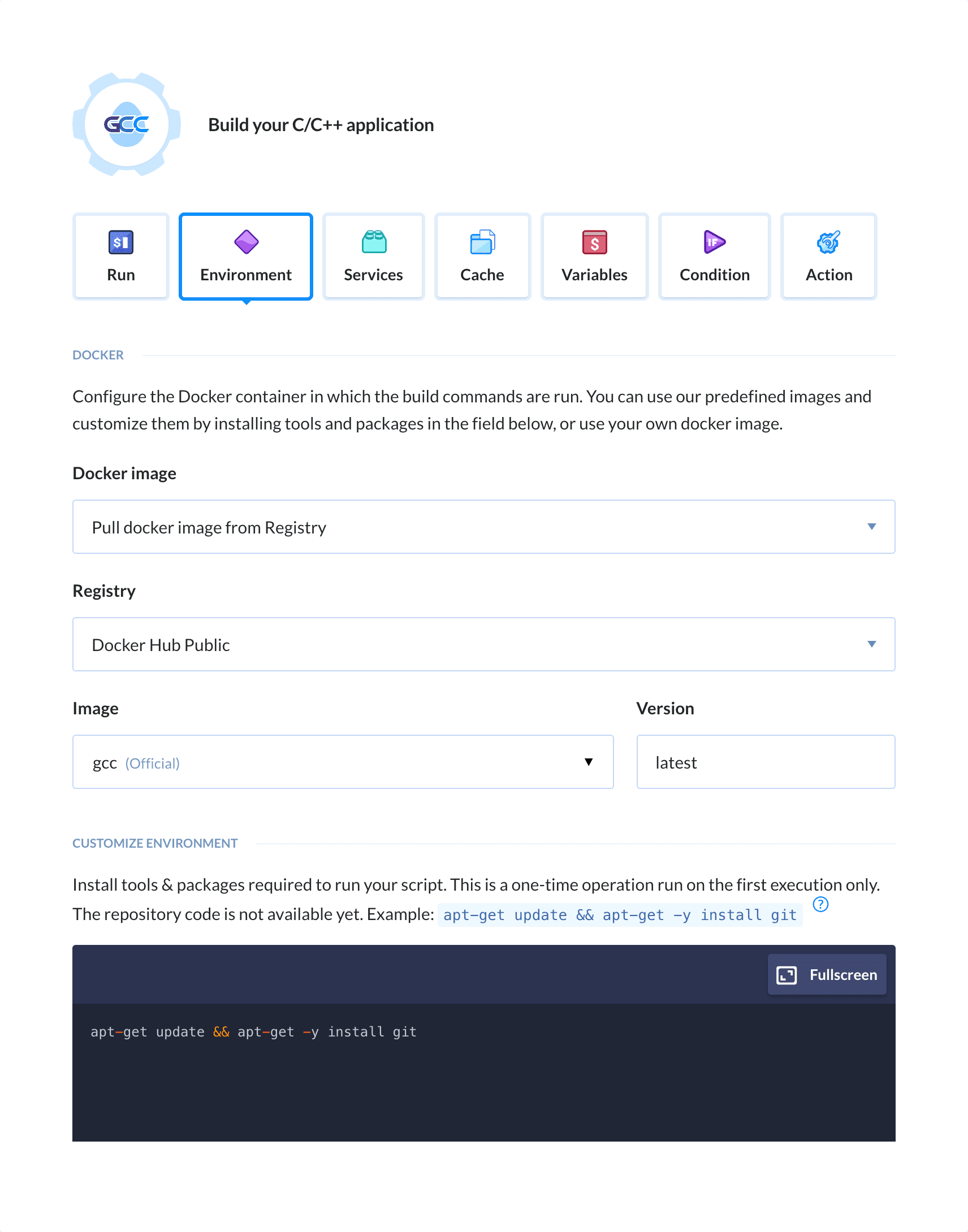 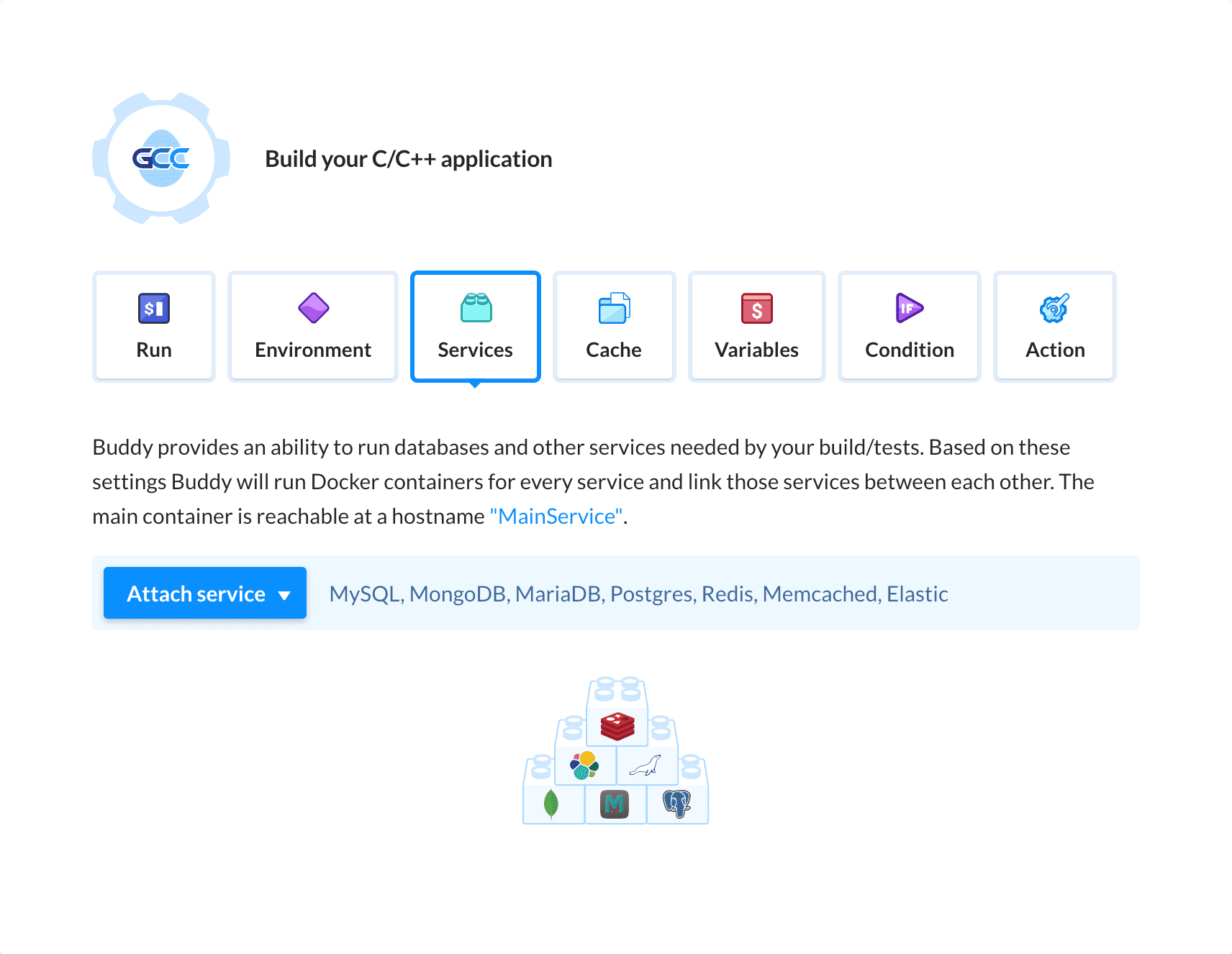 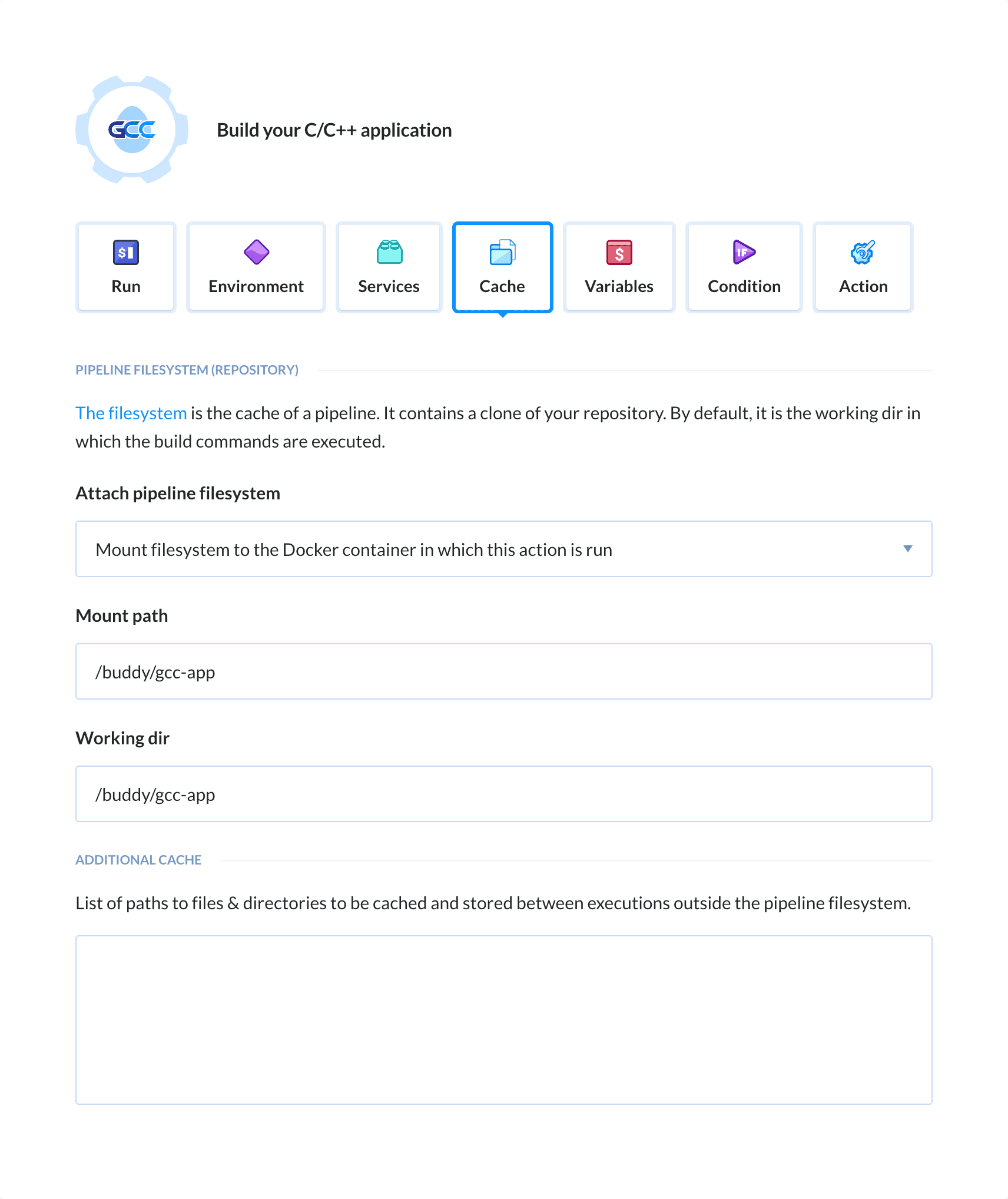 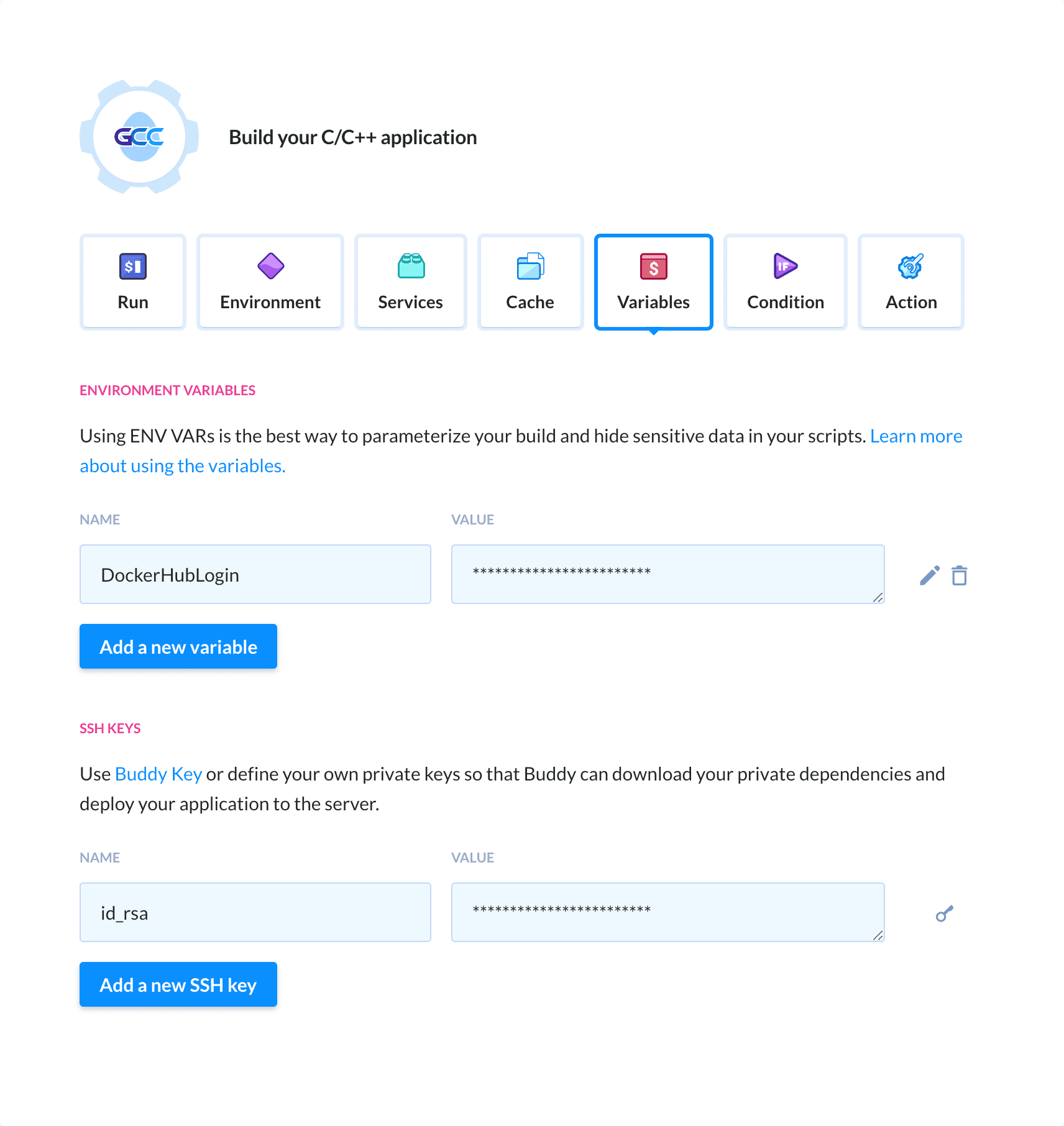 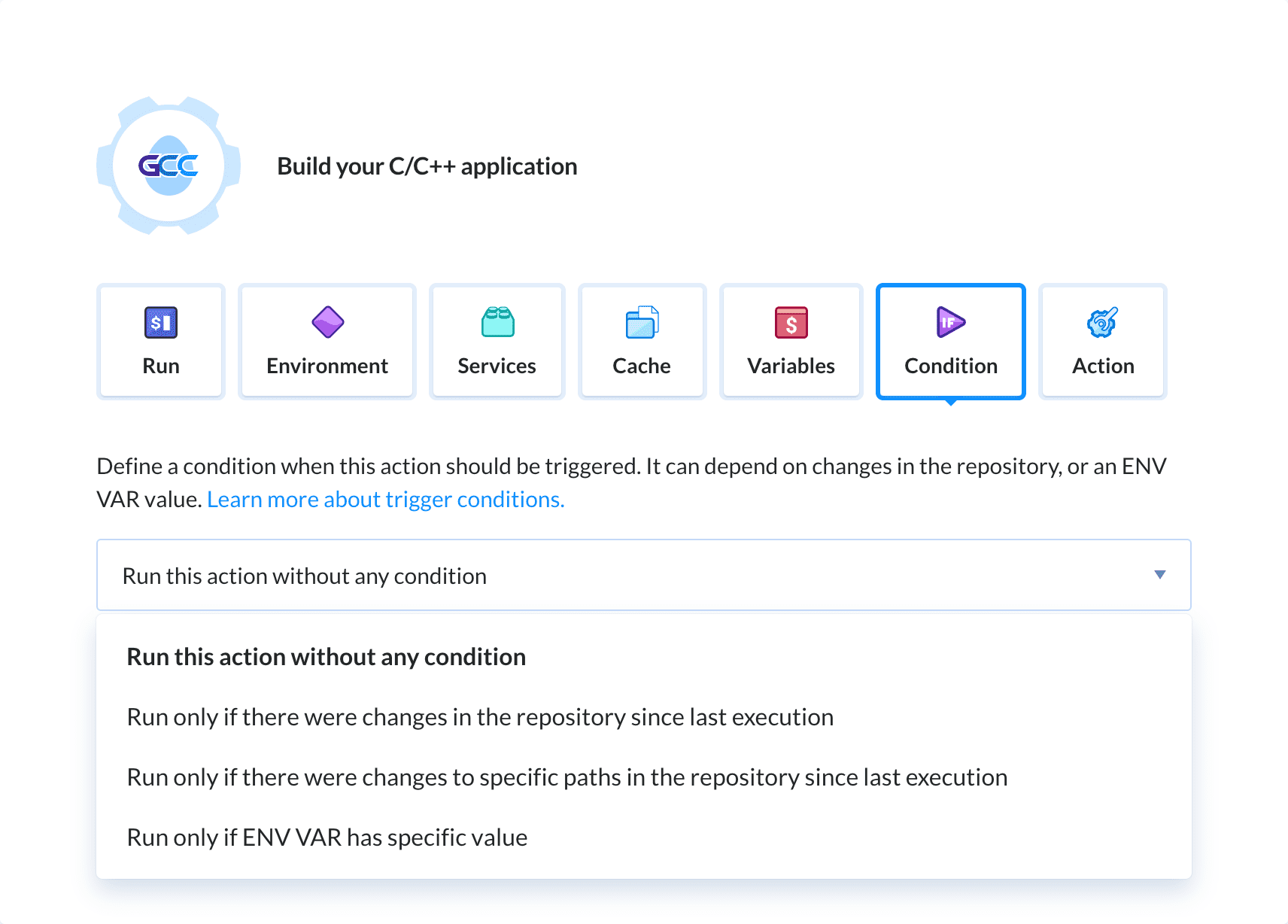 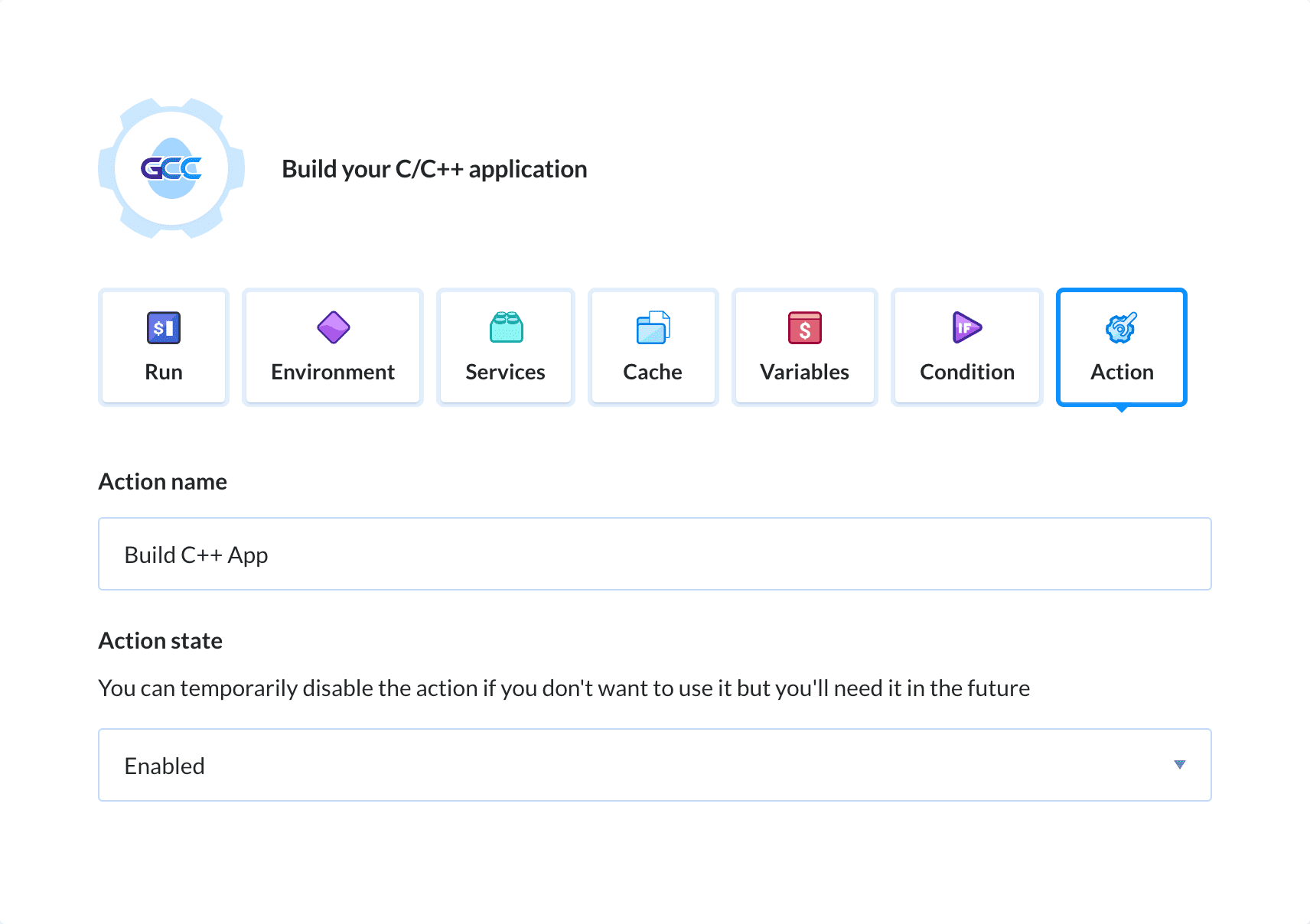 Do more with GCC

Buddy allows you to instantly connect GCC with 100+ actions to automate your development and build better apps faster.

GNU Compiler Collection (or GCC for short) is a compiler system that supports various programming languages and is a key element of the GNU toolchain. GCC is currently used as the standard compiler for most Unix-like operating systems, including Linux.

Connect GCC with the tools you use everyday and find your web development super-powers.