This action runs au, the official command line interface for Aurelia. Use the CLI to fetch dependencies, run tests or bundle your app for release.

This action launches a Docker container using the official Node.js image which is customized with preinstalled aurelia-cli npm package. The container runs test and build commands by default. Once the commands stop running, the container is terminated. 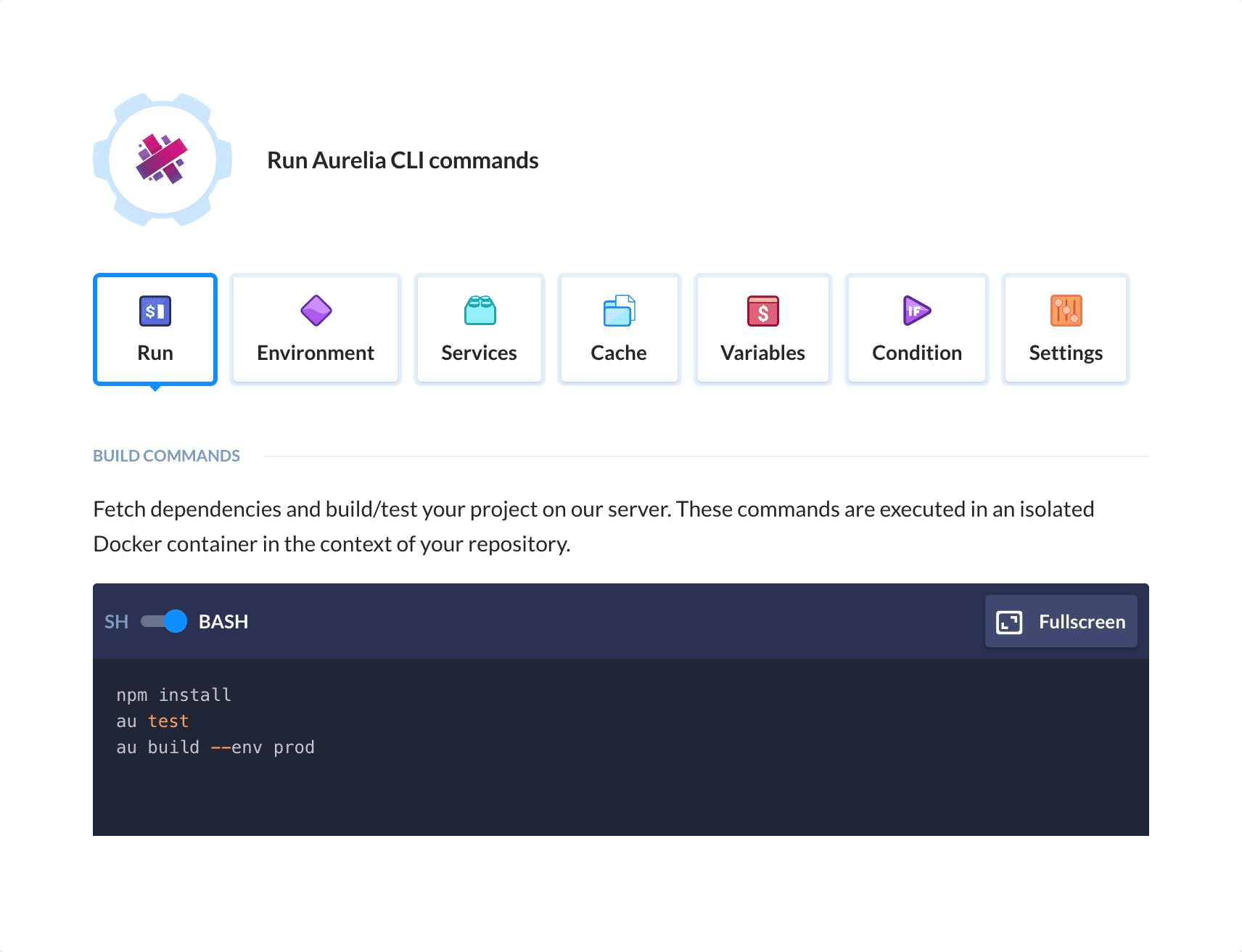 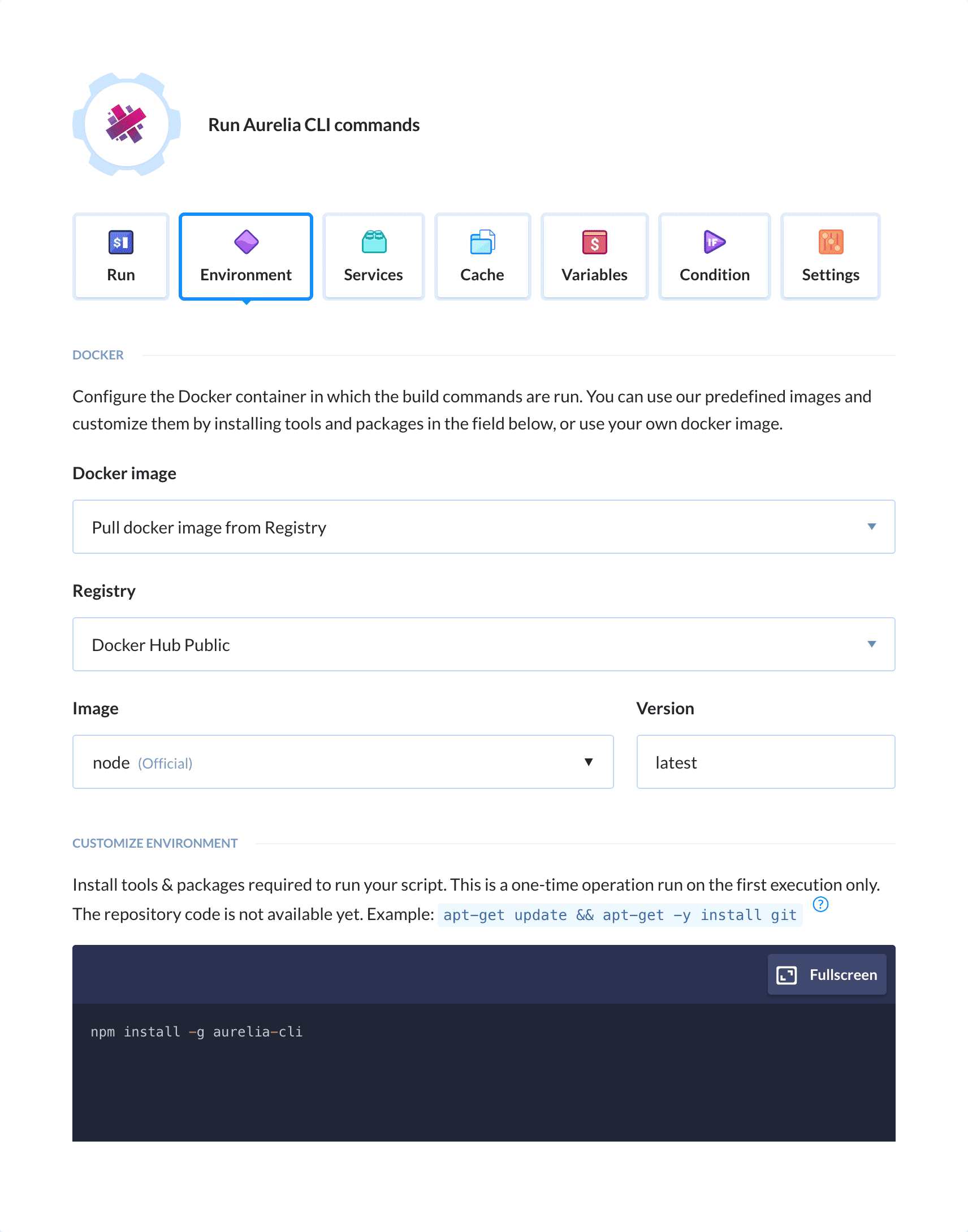 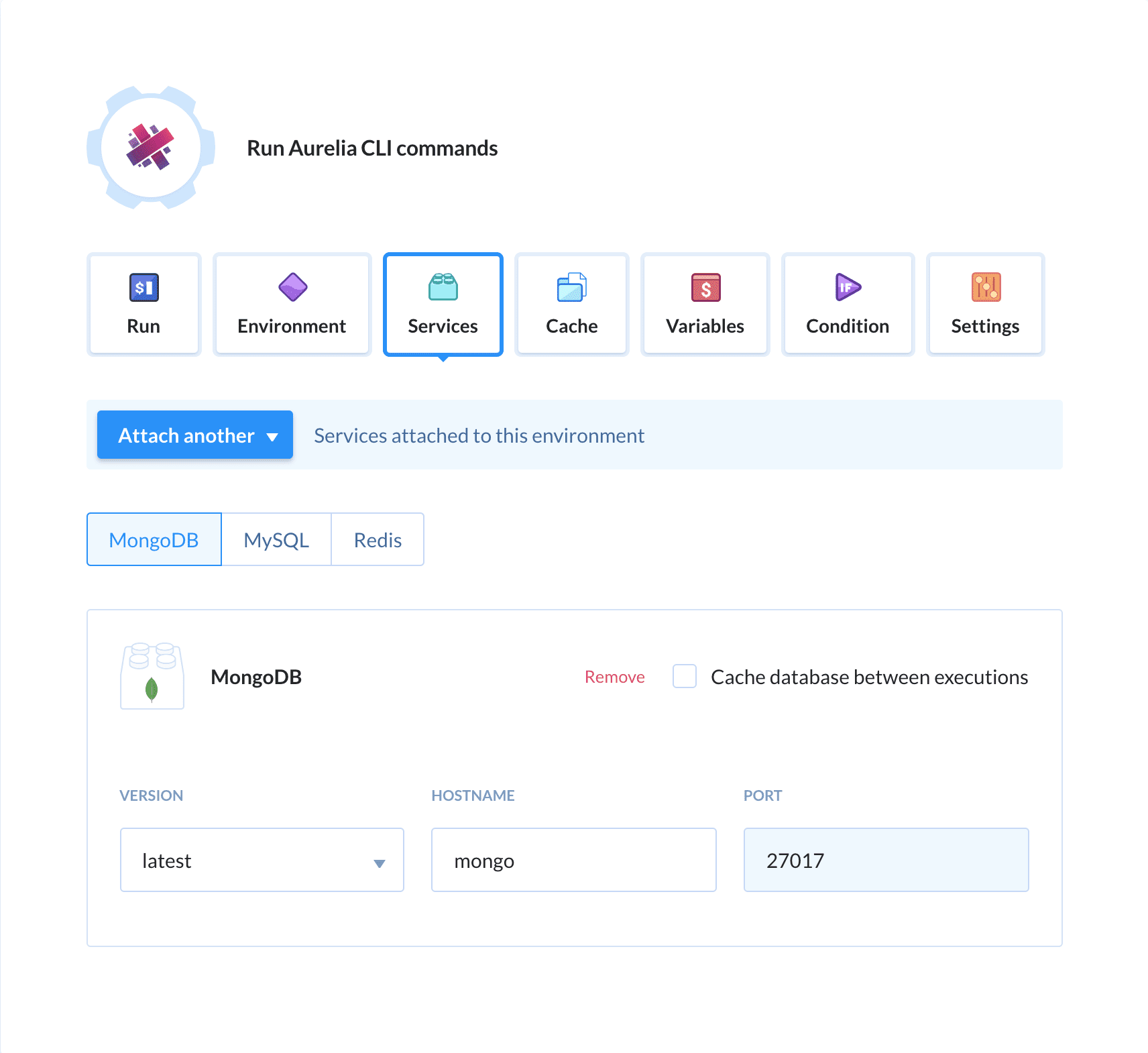 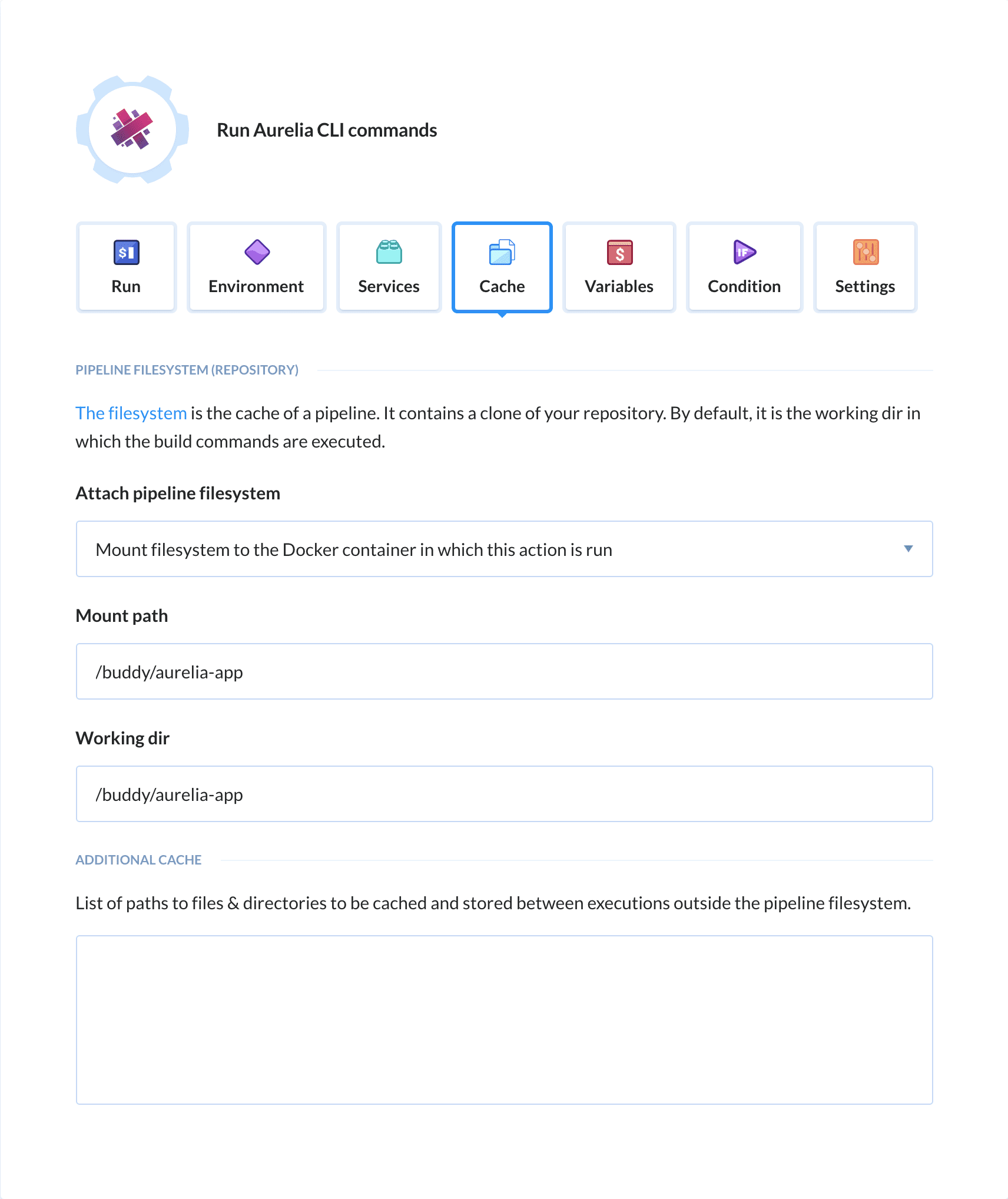 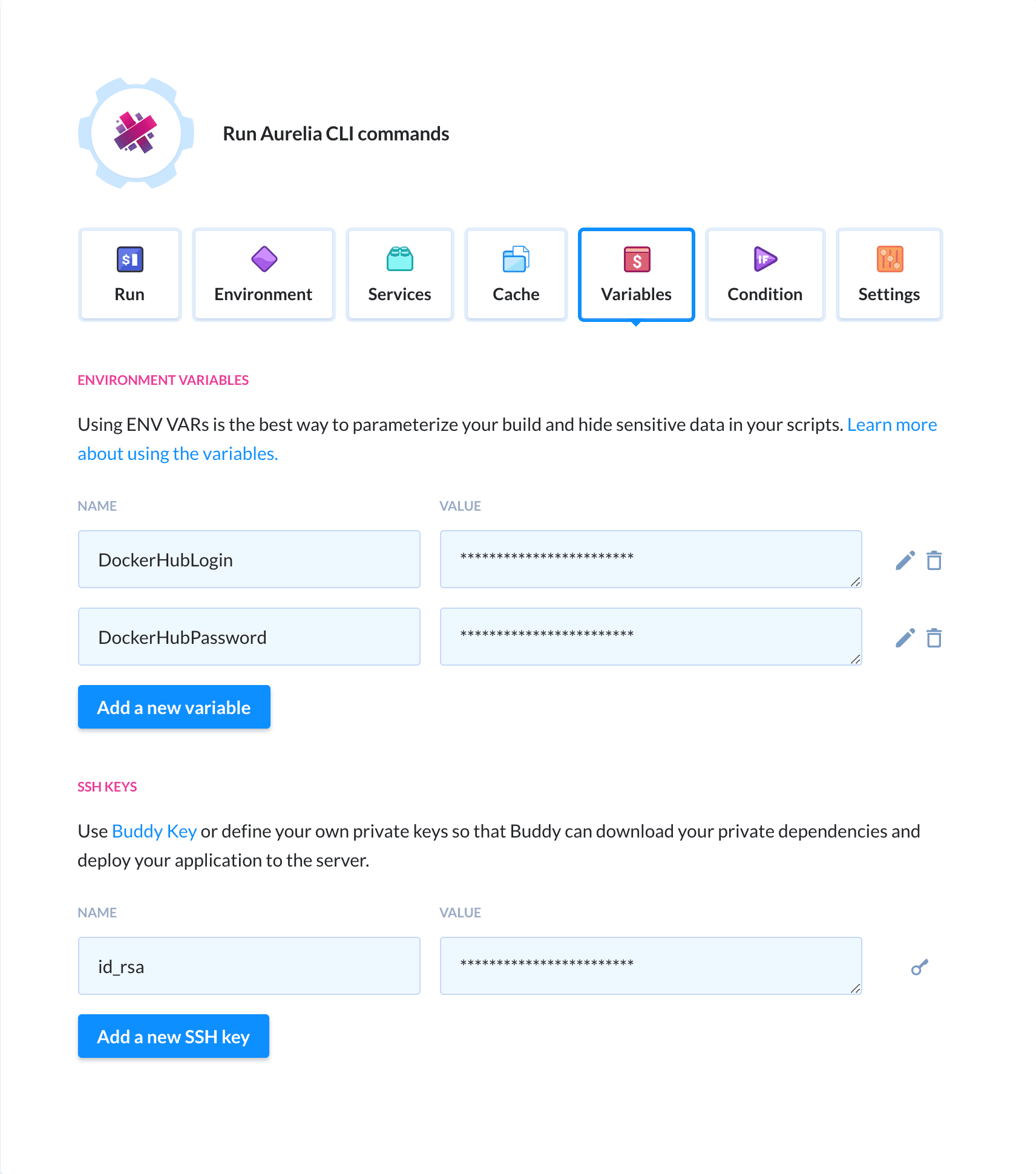 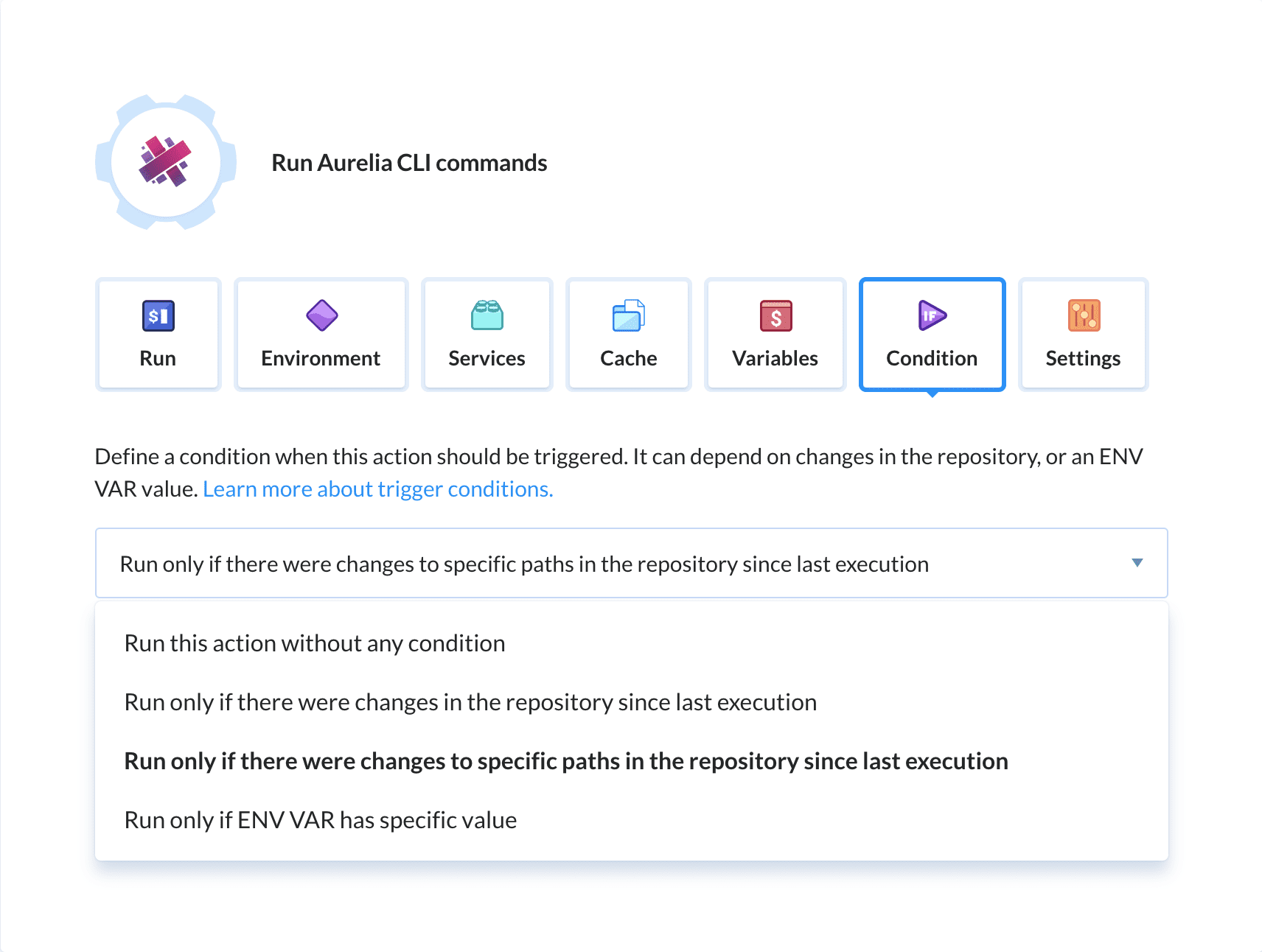 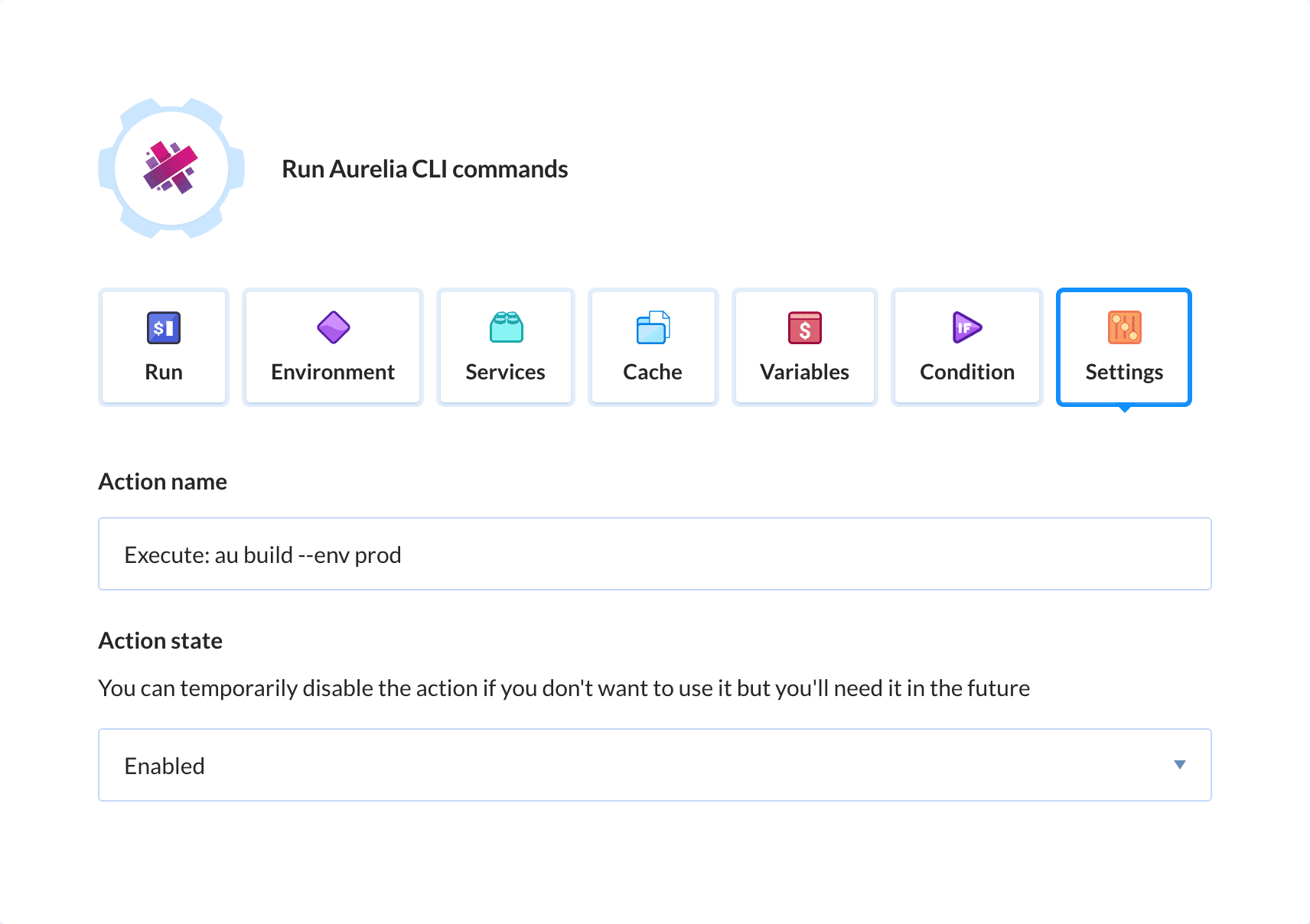 Do more with Aurelia CLI

Buddy allows you to instantly connect Aurelia CLI with 100+ actions to automate your development and build better apps faster.

Aurelia is an open source JavaScript-based framework used for browser, mobile ,and desktop apps. Instead of being a singular framework, Aurelia serves as a collection of JS modules (e.g., metadata, binding, templating etc.). Aurelia modules are written in ECMAScript or TypeScript and can be used in any JS project.

Connect Aurelia CLI with the tools you use everyday and find your web development super-powers.