iOS coming to Buddy! Sign up for Beta here

This article is part 7 of the series on Exploring GraphQL. Check out the previous articles:

GraphQL has taken over REST! The GraphQL way of doing things solves some of the major problems like OverFetching, UnderFetching, Multiple end-points, Versioning, etc. The GraphQL specification contains a strong type system, query language, rules for validating, parsing and executing operations. The types in GraphQL are defined using the Schema Definition Language (SDL). We've learned about the two important GraphQL operations -- Query and Mutations in this article. The GraphQL enables the client to have control over the data. The client specifies the fields and the structure of the expected response and the server sends back the response in the exact same shape to the client. This is the power of GraphQL!

The query and mutation operations follow a request-response cycle. The client sends a query to the server. The GraphQL layer parses the query and constructs an Abstract Syntax Tree and then validates the fields in the query. The query is then executed and the response is sent back to the client. The process can be illustrated as:

Let's say the client sends a query to the server to fetch 10 most recent tweets in JavaScript. The server processes the request and sends back the result. The client displays the result on the front-end.

And someone just tweeted about JavaScript!

The GraphQL has solved the traditional query/mutation operations in the most efficient manner but can it solve the real-time data fetching issue? Let's find out in this article.

We can hit the tweet fetching API again to get the updated data from the server. New tweets might get added in seconds so we'll have to keep calling this API in intervals of a few seconds to get the updated response. There will be some API calls, where we'll get the same response as the previous one because there were no newer tweets. This is clearly an inefficient solution and a waste of precious resources (read round-trips to the server).

However, let's assume there are newer tweets available, the tweet-fetch API will get these newer tweets. These tweets will now occupy the viewport of the user. The user has no idea why the tweet he was reading pateiently has gone out of his viewport. This doesn't look good from the user's perspective.

We can, however, use this approach while fetching real-time stock prices. The moving graph of the stock prices makes sense!

This can be a good solution when data changes too frequently and latency should be as minimal as possible.

We can optimize the above solution for fetching tweets as:

The client periodically issues a request to check on the state of the data it cares about.

The client polls on the server only to check if the state of the data is changed (or new tweets are available). This is a simple solution when updates happen over some fixed interval. However, if updates are infrequent, polling may not be useful. Also, if updates are frequent and data changes too fast like in stock-based use-case, polling may introduce additional latency.

Another solution to fetching real-time updates is letting the server tell us if anything is changed. This is a push-based technique, where the server tells the client about the updated state of the data that it cares about.

The bar that shows 234 new results is an amazing user experience to tell clients that new tweets are now available for your search result (which in my case is #happybirthdaydhoni).

Check out the API response in the Network tab in DevTools below in the screenshot. The timeline API has a new_latent_count field in the response. Note the value of new_latent_count as 234, which is mentioned in the top bar. These new tweets would be fetched only when the user clicks on the bar.

The server pushes data to the client only when new tweets are available!

The client tells the server about the events it is interested in. Whenever those events trigger, the server notifies the client. In our case, the event is New tweet for a ${category}. Please note: category is a variable here; it is happybirthdaydhoni in our case. Whenever there is a new tweet available for the respective category, the server should send an alert to the client. This is Event-based Push Subscriptions.

The client is subscribed to an event and is interested in getting further updates when the event happens.

Overview of the RFC on GraphQL Subscriptions

If you're wondering what RFC is-- here's what I found on Wikipedia:

An RFC is authored by engineers and computer scientists in the form of a memorandum describing methods, behaviors, research, or innovations applicable to the working of the Internet and Internet-connected systems. It is submitted either for peer review or to convey new concepts, information, or occasionally engineering humor.

The client issues a standard query. Whenever the answer to the query changes, the server pushes the new data to the client. The key difference between Live Queries and Event-based Subscriptions is that Live Queries do not depend on the notion of events. The data itself is live and includes mechanisms to communicate changes. Note that many event-based use cases can be modeled as live queries and vice versa. Live Queries require reactive data layers, polling, or a combination of the two.

We'll learn more about the Live Queries in our later articles. But let's now focus on the event-based approach that GraphQL uses for subscriptions.

We're now clear on what a subscription is and how GraphQL uses event-based Subscriptions to send updated information to the client about the event that it is interested in. Let's dig deeper and understand more!

One of the places where Facebook uses GraphQL Subscriptions is in its NewsFeed.

Let's say you're currently viewing a post from Mark Zuckerberg (or of someone who has many followers). The likes count on the post keeps increasing in a matter of milliseconds.

When you get subscribed to a story, an un-ending connection gets built between the client and the server. The server notifies the client whenever the events (likes and comments) are updated on the server for these particular stories. Isn't this an interesting use-case? Let's dig deep and find out how GraphQL subscriptions actually work under the hood.

How GraphQL Subscriptions work under the hood?

We saw earlier how queries and mutation operations get parsed, validated and executed inside the GraphQL layer. The subscription is also one of the operations that are handled by the underlying GraphQL engine. Here, the Execute block gets replaced by the Subscribe block as:

Let's break down this subscribe block and see how it works:

Here's the definition of Subscriptions from the GraphQL specs:

Event Stream, Response Stream, Source Stream? Eh? Don't worry if you didn't understand any of these terms. We're going to get them right away!

Let's first understand what is an Event Stream:

Event stream builds up a continued connection between the source and the receiver to send events over time.

The source sends the relevant data packets to the receiver as and when the event happens at the source end. This can be illustrated as:

If this makes sense then understanding Response Stream and Source Stream is no big deal!

The result of the subscription operation is this event stream that establishes an un-ending connection with the client and sends events on this stream. Also, these events on the response stream are happening because some operation was executed on another stream (source stream).

Let's apply this to our likes count use-case on Facebook. If somebody likes a post that is currently in your viewport, it means some event happened on the source stream. This event will be communicated to you using the response stream that you are subscribed to.

Please note: this stream will close either when there is an error of the source or client explicitly sends a cancellation signal.

Cool, got it! Event Stream is a continuous flowing of events from the source to the client. But how do we implement this?

We already implement streams in NodeJs as:

Notice the callbacks for data, error and end events. We can use stream.destroy() to send the cancellation signal.

We can also implement streams using RxJs Observables as:

We'll have to include rxjs as a dependency to implement streams using observables.

If you don't want to include any dependency in your project, you can use async iterators. The async iterators are already proposed to be added in the core JavaScript environment but you can also use them now using the Babel transpiler.

The streams can be implemented using async iterators as:

for-of is a great addition in JavaScript for iterating asynchronous pieces. You can read more about it here

This is it! Now we know how to create streams! Let's head over to the next part and see how can we include these streams in our Subscribe block:

The subscribe block contains a createSource function that takes in a valid query and returns an event stream.

Whenever there are any updates and a data packet is to be sent to the client, this data packet travels over this stream and is executed by the Execute block.

Let's see how these pieces would look inside the subscribe block:

We would be implementing GraphQL Subscriptions using pubsub in the next article. The create source block in the pubsub implementation would be the pubsub topic. This will become clearer once we start writing the code.

We've connected these components and everything looks great! But there is one issue here -- how do we make sure that there is a persistent connection between the client and the server? How do we handle the transport?

We can use WebSockets, MQTT or post to a webhook. We'll be using subscriptions-transport-ws for our transport layer. We'll get to the details of this module in our next article. Until then, have fun learning GraphQL.

In this article, we learned a lot of things related to Subscriptions and some of the ways to implement them. We saw GraphQL uses Event-based subscription model to communicate real-time data to the client. We then learned about the internals of the subscribe block. In the next article, we'll implement GraphQL Subscriptions using pubsub. 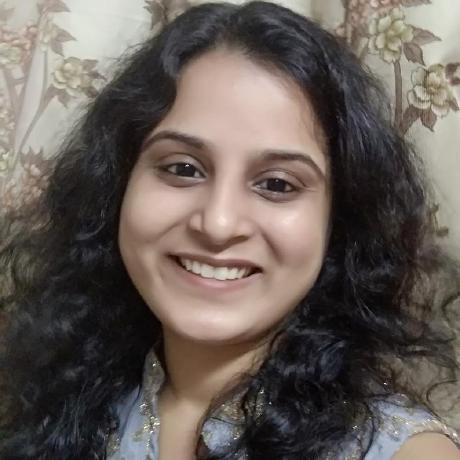 Ankita is a Freelance Software Engineer with expertise in React, NodeJs, MongoDB, and GraphQL. She likes solving engineering problems and believes every complicated problem can be solved with ease by breaking it down to fundamental subsets. She loves writing technical blogs and makes it a point to explain convoluted technical jargon in simple and concise language.