Do more with Split tests

Buddy CI/CD allows you to instantly implement Split tests with 100+ ready to use actions to automate your development and build better apps faster.

This action takes files that match provided pattern and splits them into separate variables.

This action creates an environment variable ($BUDDYSPLIT*) with paths to the directories containing test files that can be used by actions that actually execute the tests after the Split tests action completes.

This action doesn’t actually execute the tests, it just creates the $BUDDYSPLIT* that can be used later by other actions. The number of the created vars is determinated by a number of split tests groups defined in the action settings. 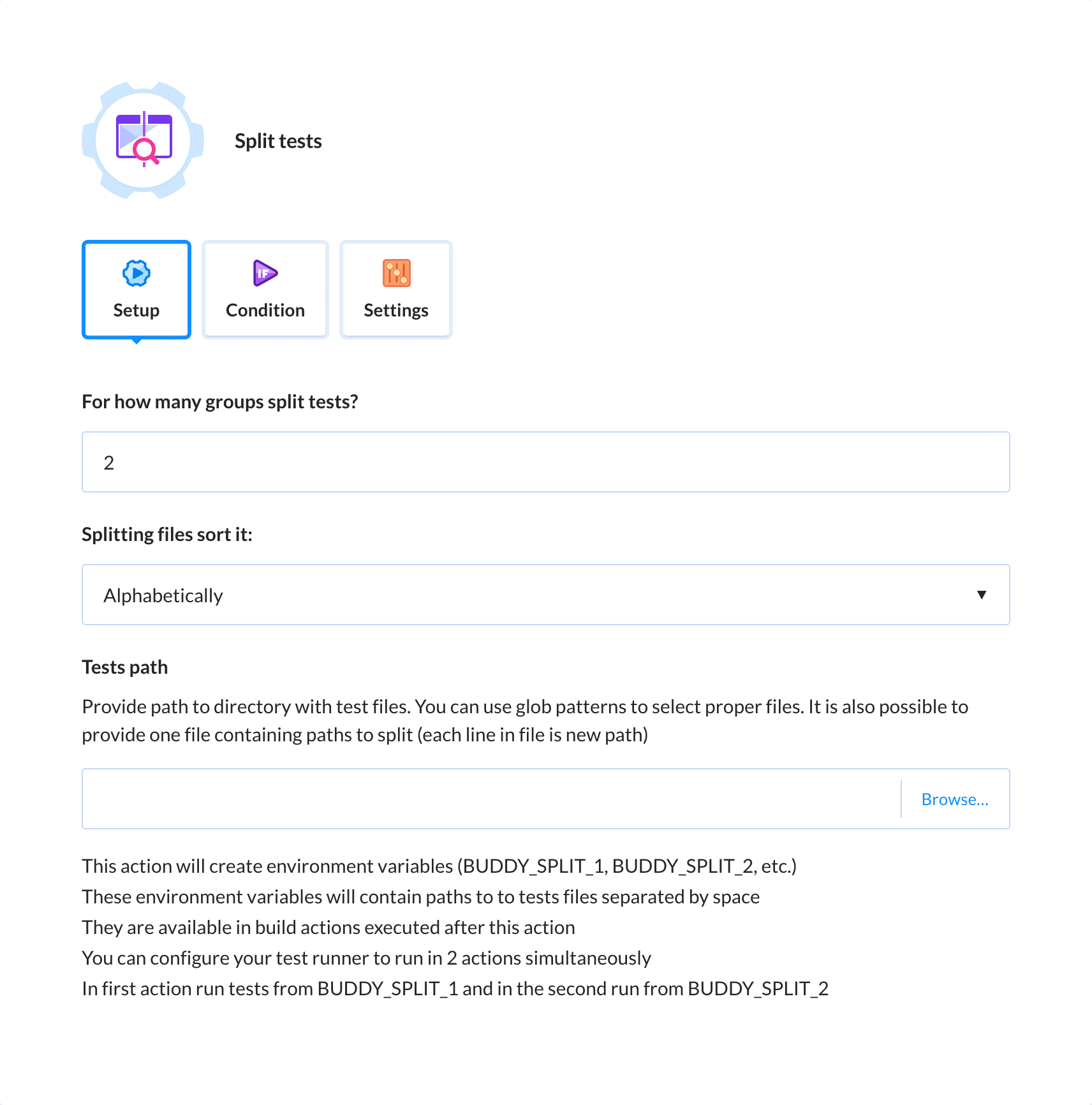 Do more with Split tests

Buddy allows you to instantly connect Split tests with 100+ actions to automate your development and build better apps faster.