This action runs Gatsby CLI, the command line tool which is the main entry point for getting up and running with a Gatsby application. It is also used for functionalities such as running a development server and building out your Gatsby application for deployment.

This action launches a Docker container using the official Node.js image which is customized with preinstalled gatsby-cli NPM package. The container runs gatsby build command by default. Once the commands stop running, the container is terminated. 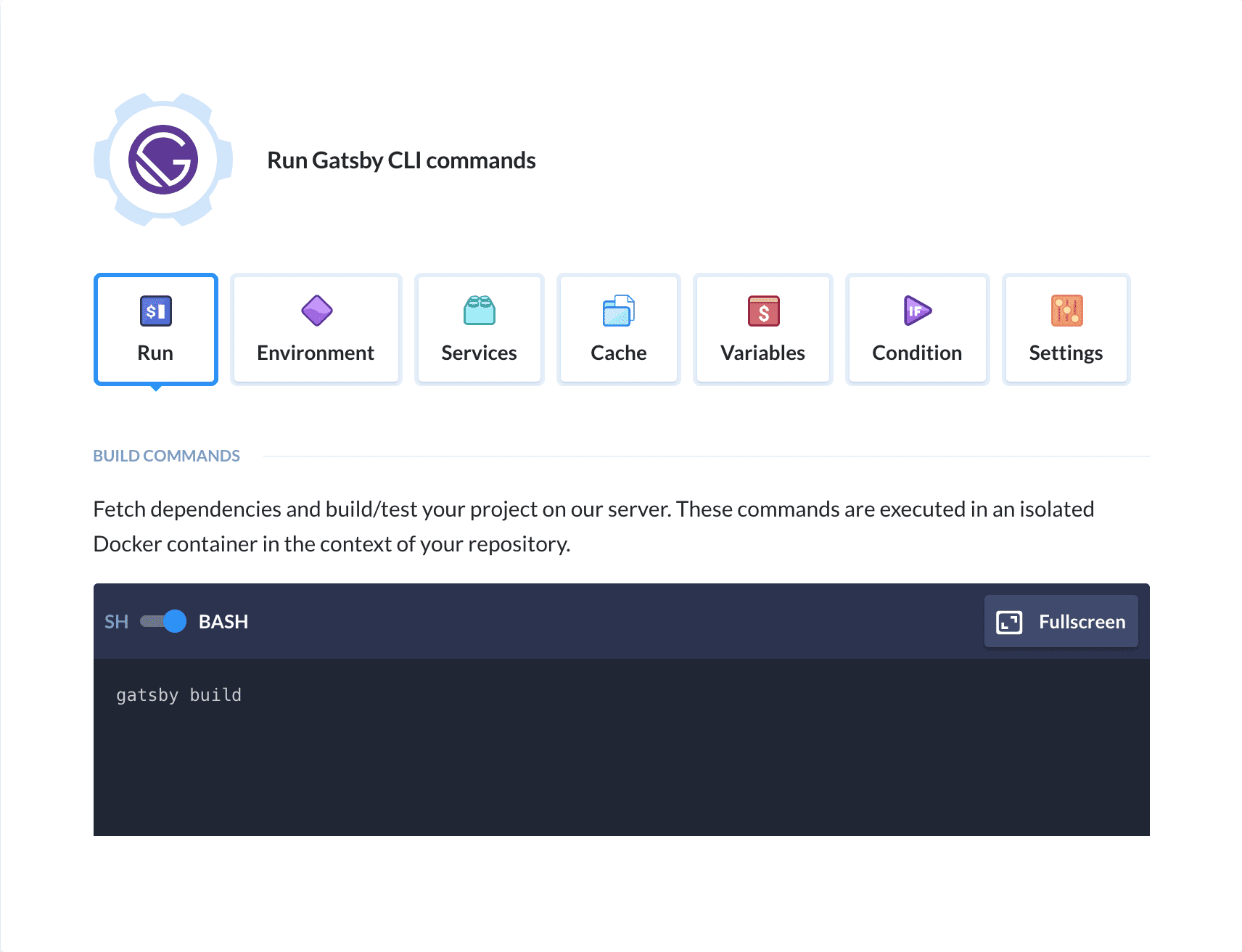 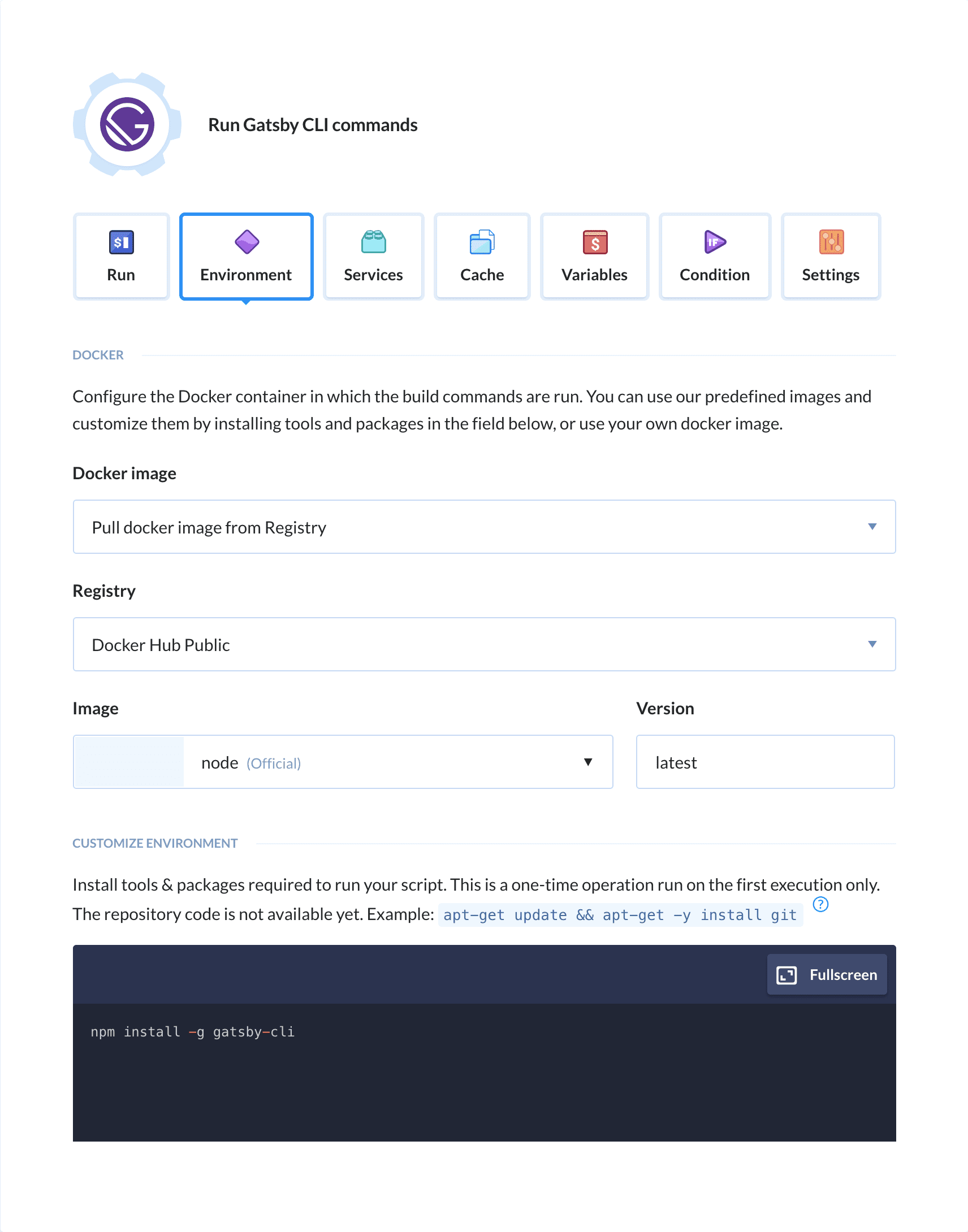 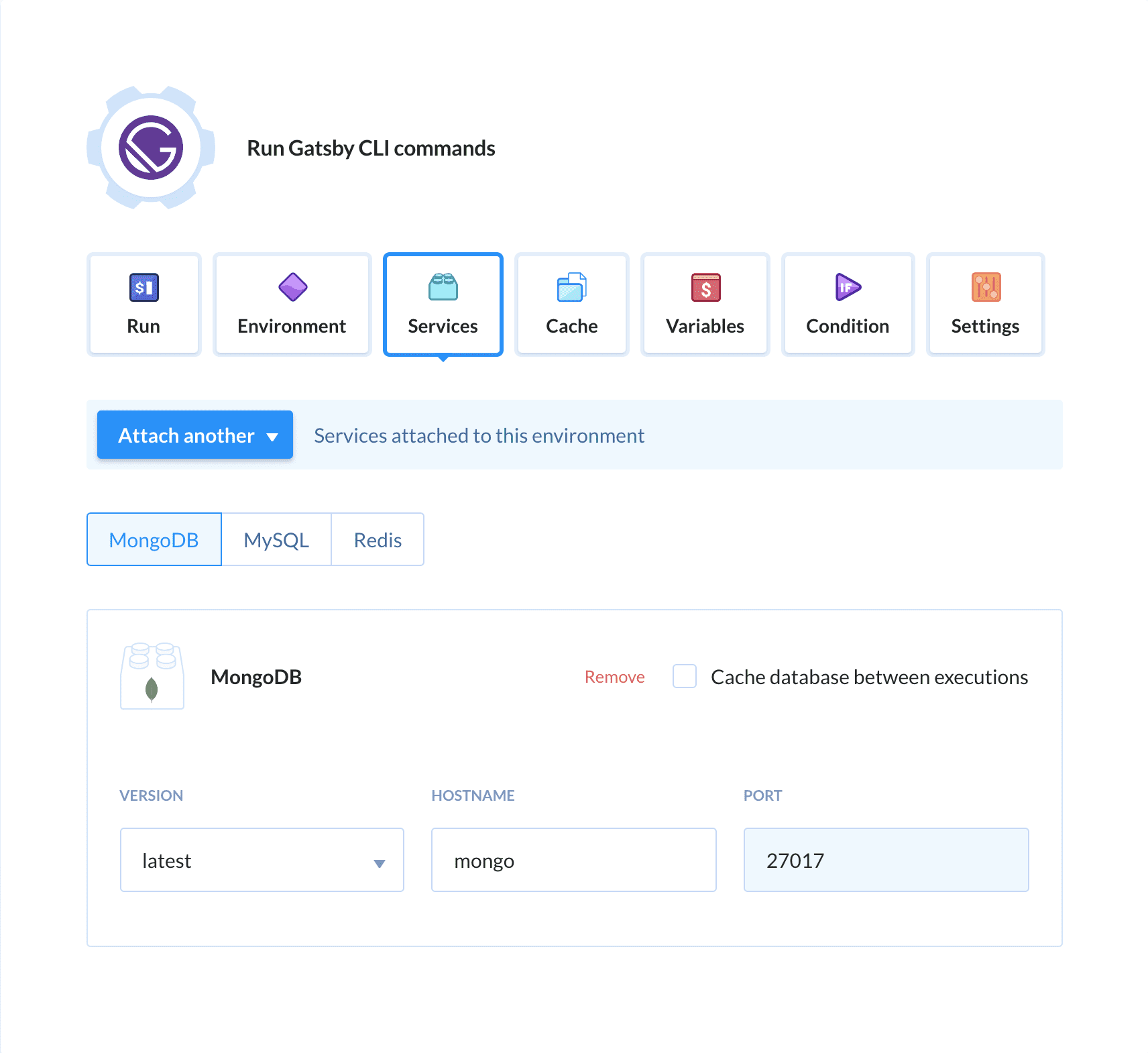 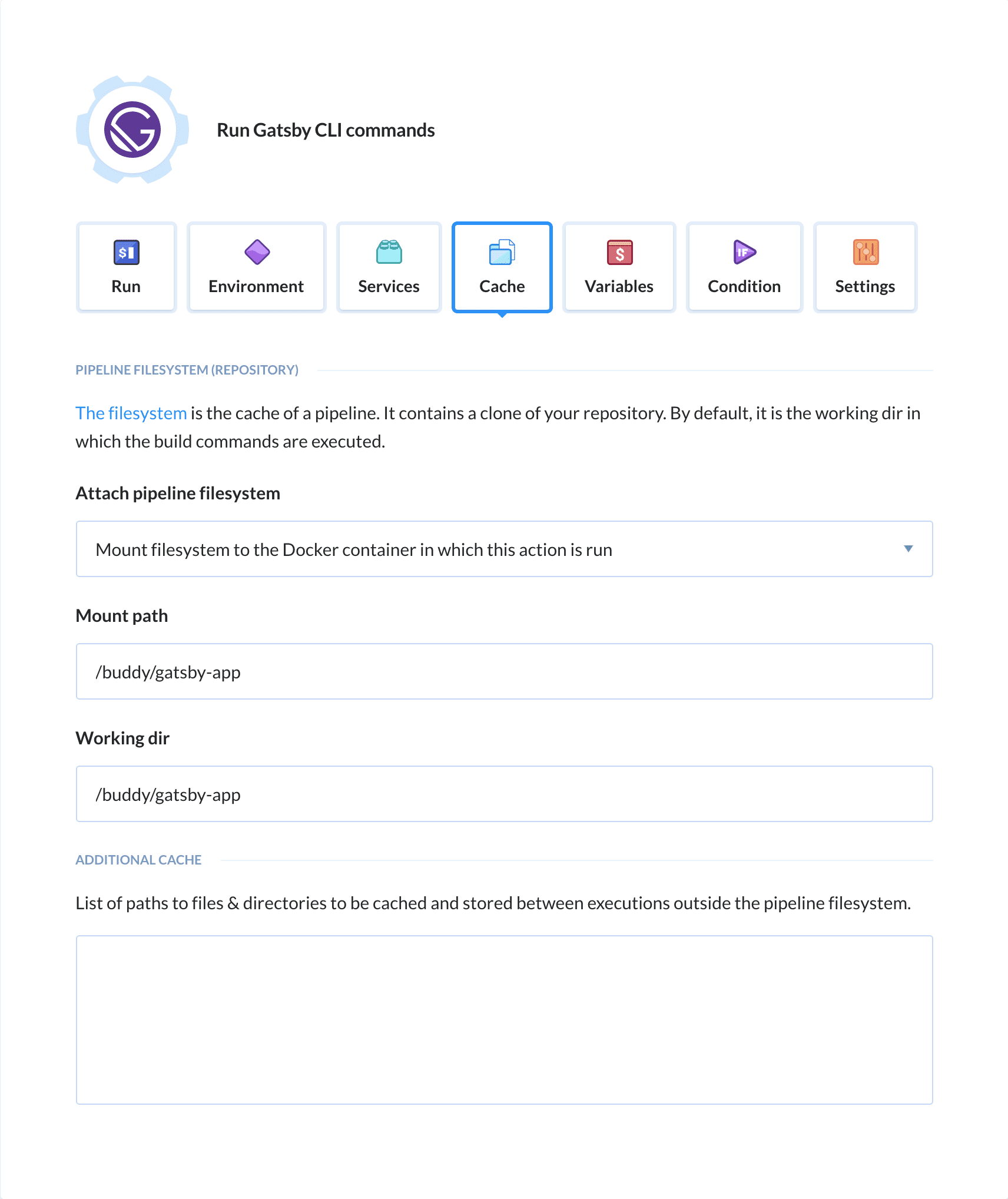 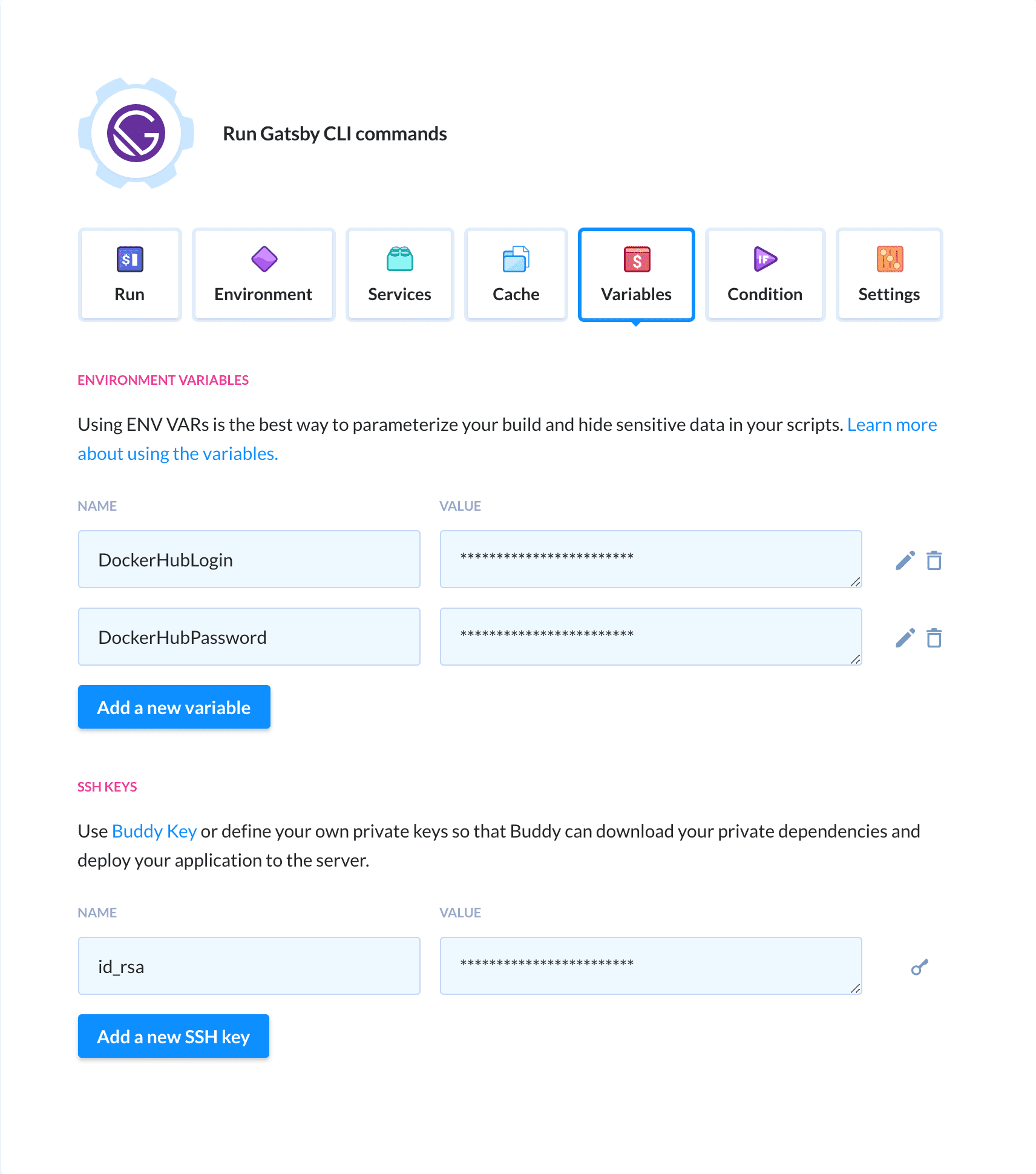 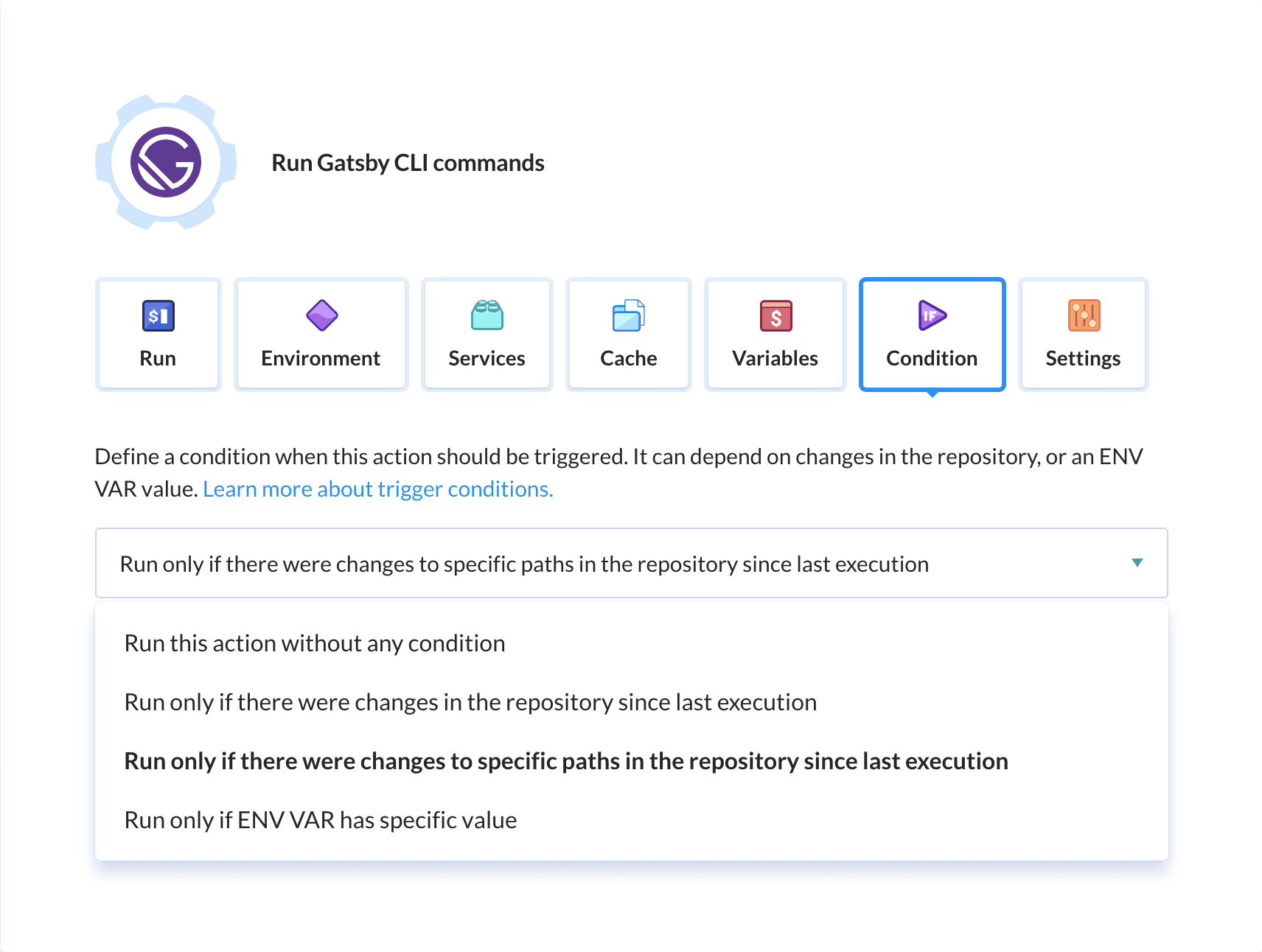 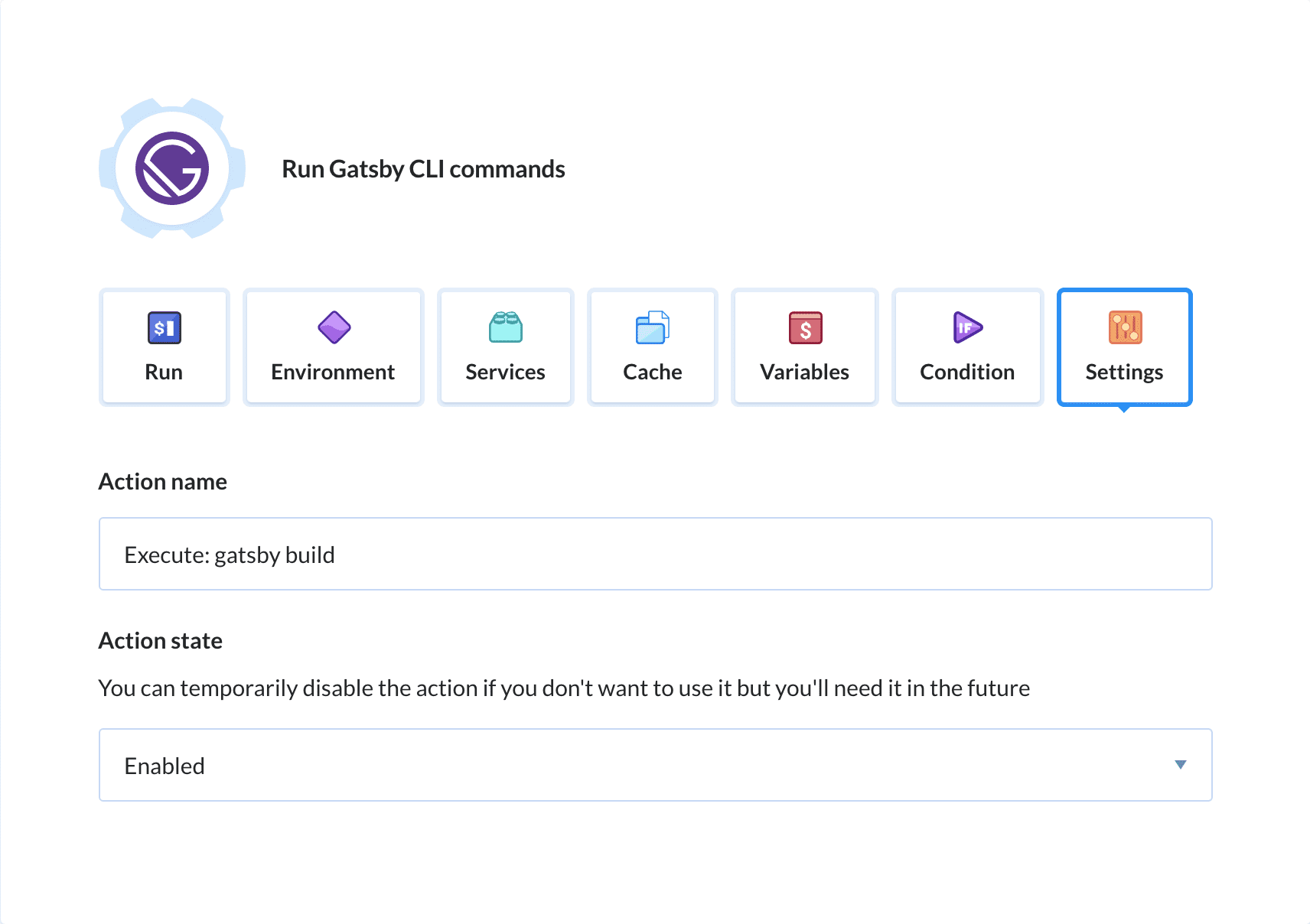 Do more with Gatsby CLI

Buddy allows you to instantly connect Gatsby CLI with 100+ actions to automate your development and build better apps faster.

Gatsby is a static site generator that combines webpack and react-router from React, GraphQL and other front end tools into a single comprehensive package. Thanks to its preconfiguration, building static websites is incredibly fast and reliable.

Connect Gatsby CLI with the tools you use everyday and find your web development super-powers.