The action runs preconfigured openJDK environment with the selected version of SDK, Build Tools, and Flutter in which it runs flutter build apk. If you need to preinstall additional dependencies, you may add them in the Environment Customization tab. 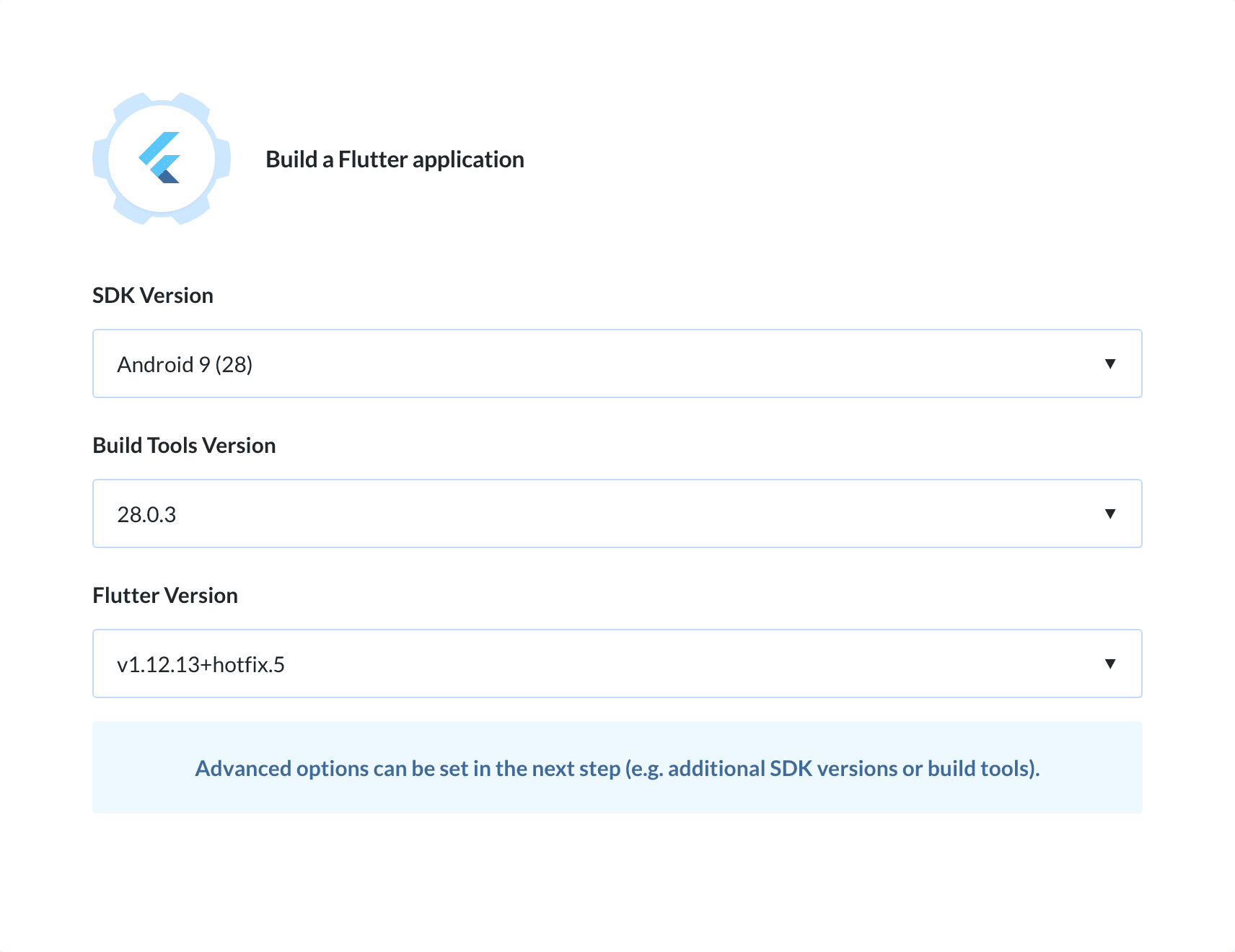 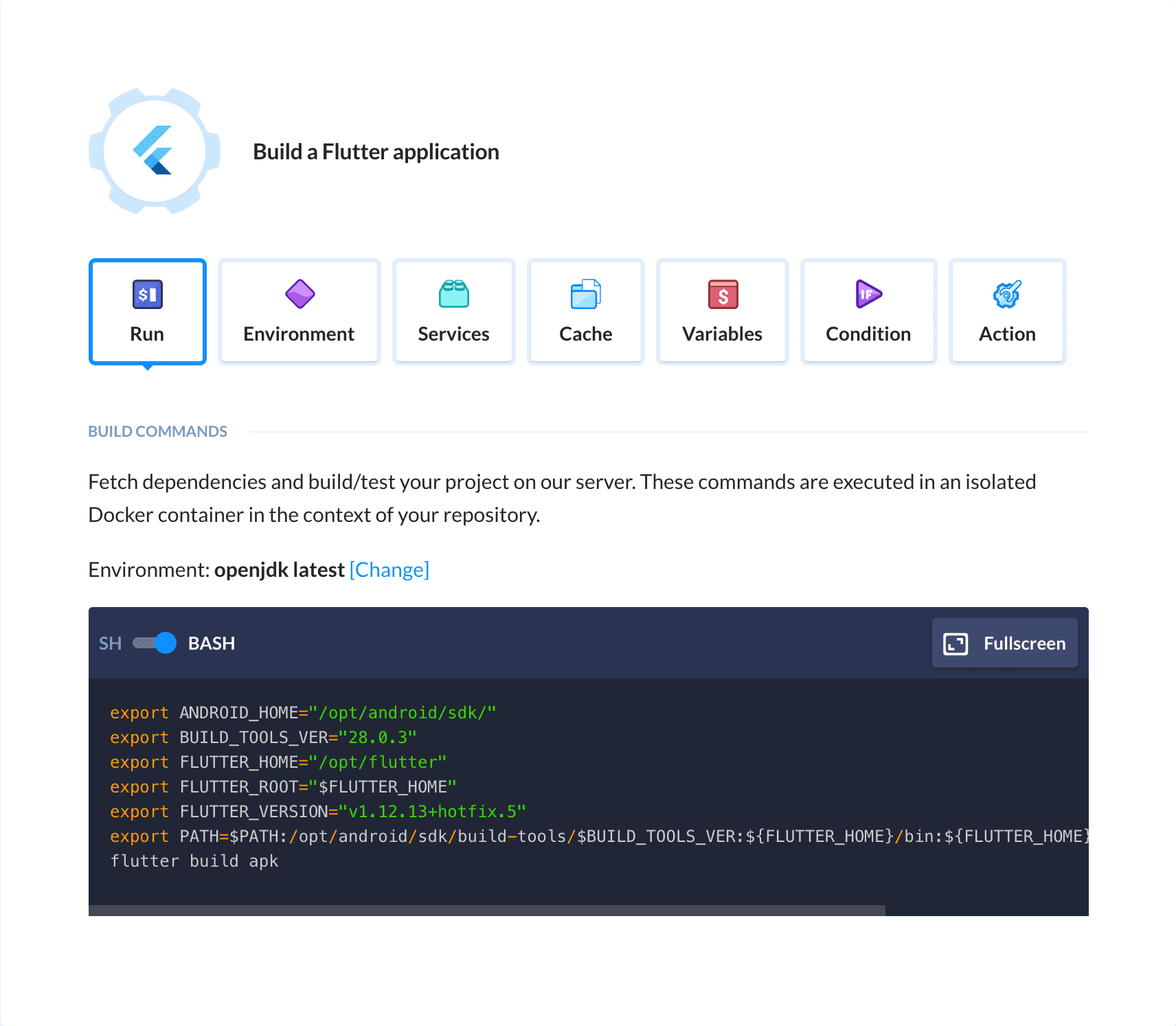 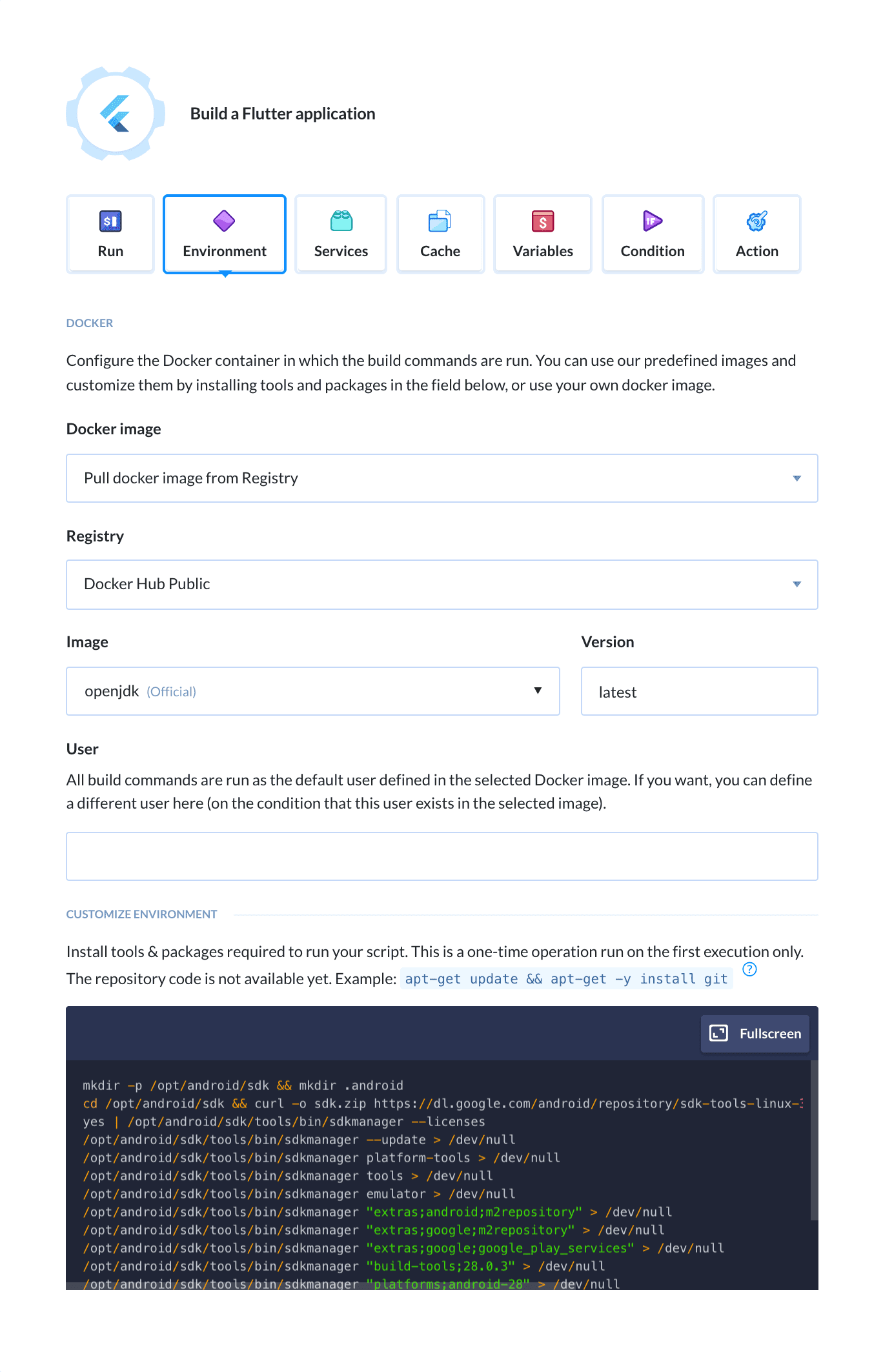 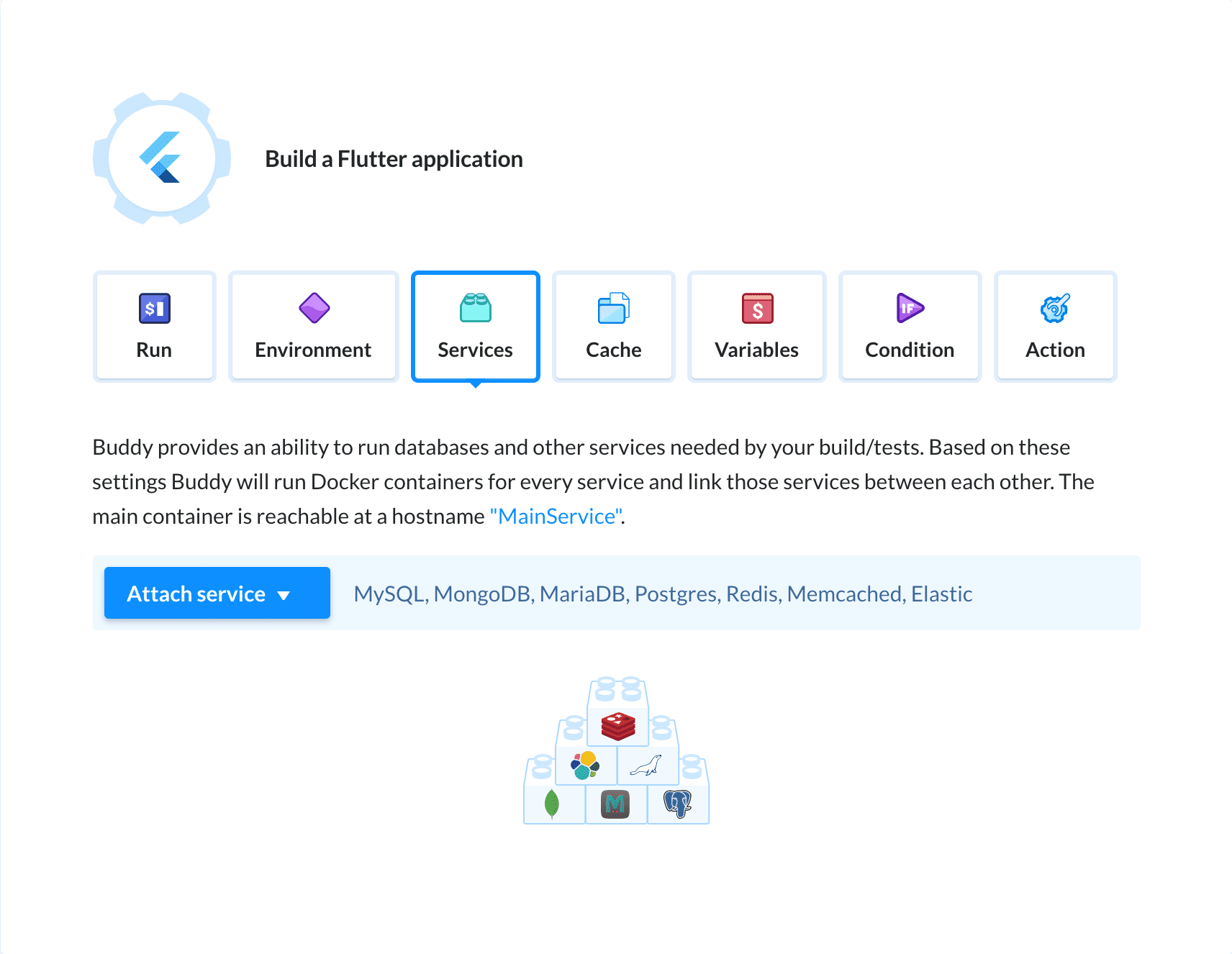 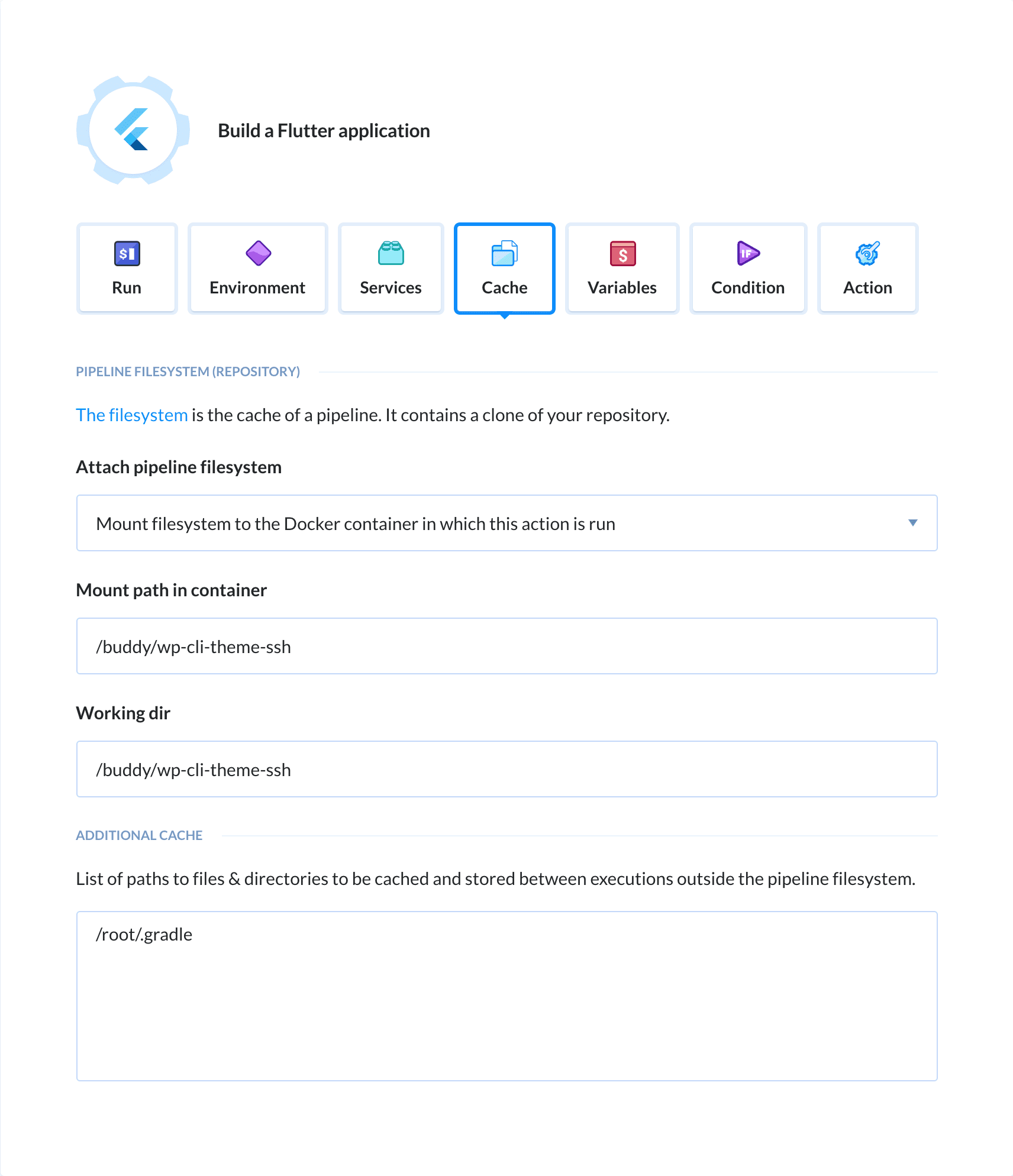 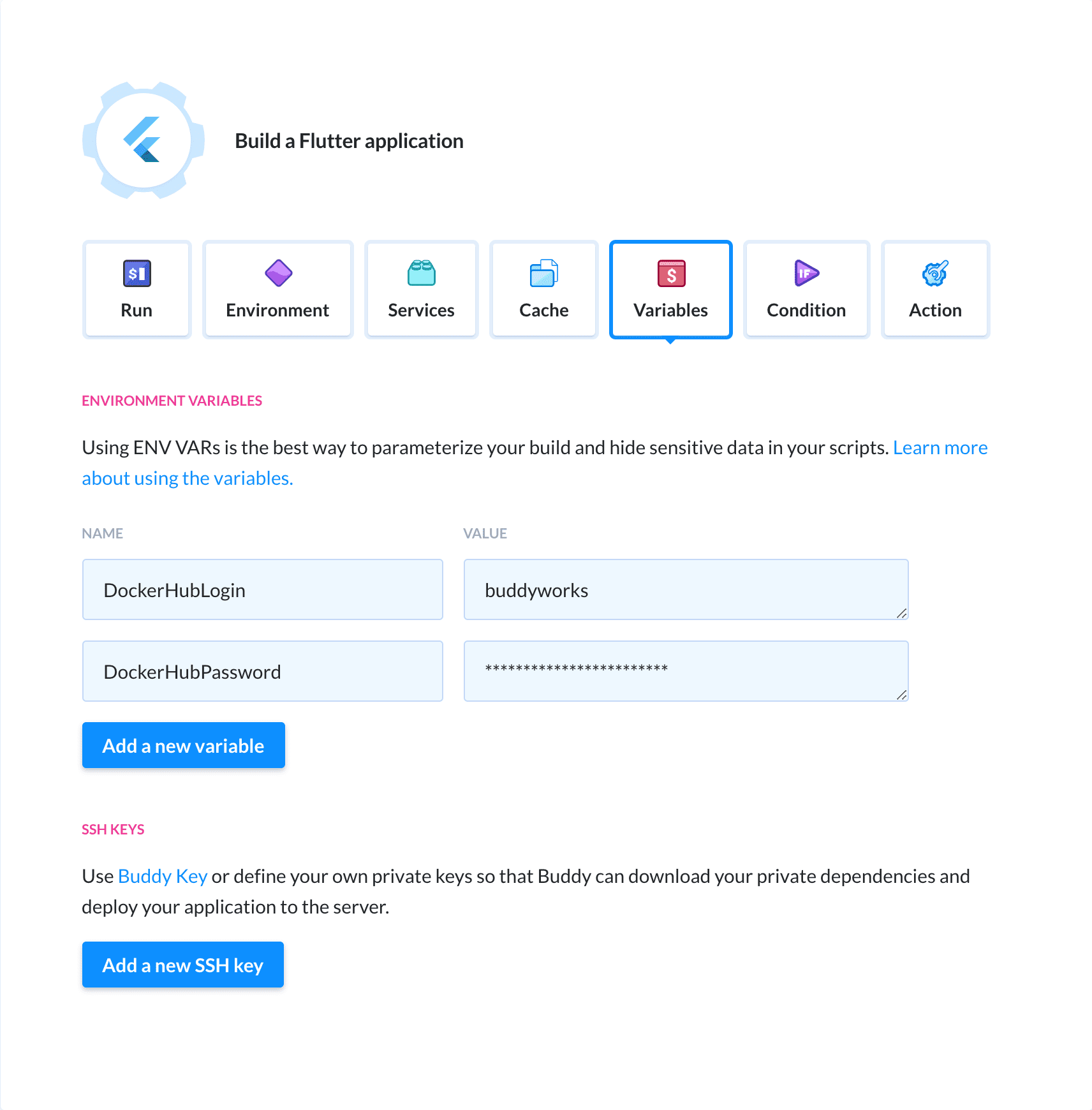 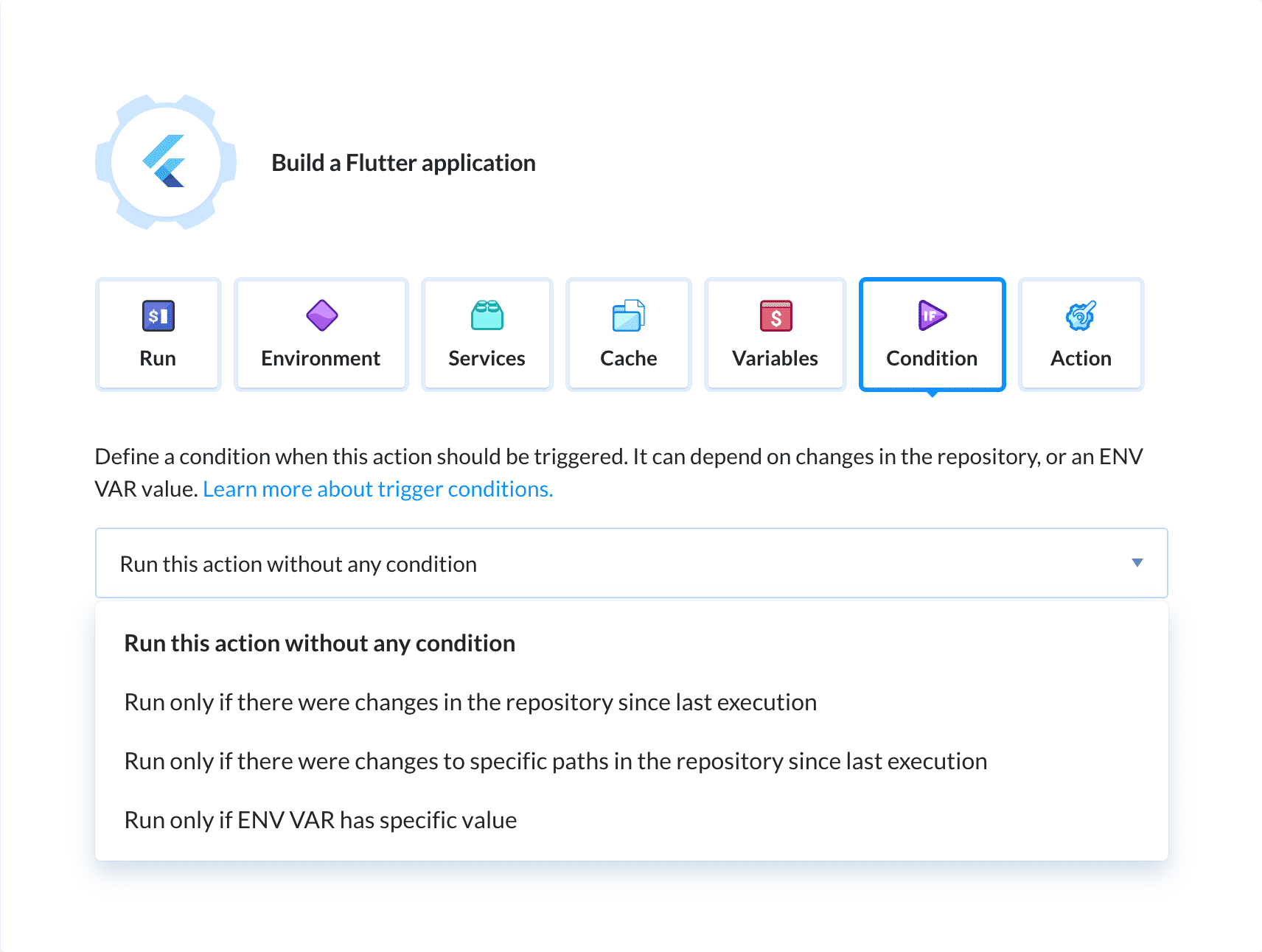 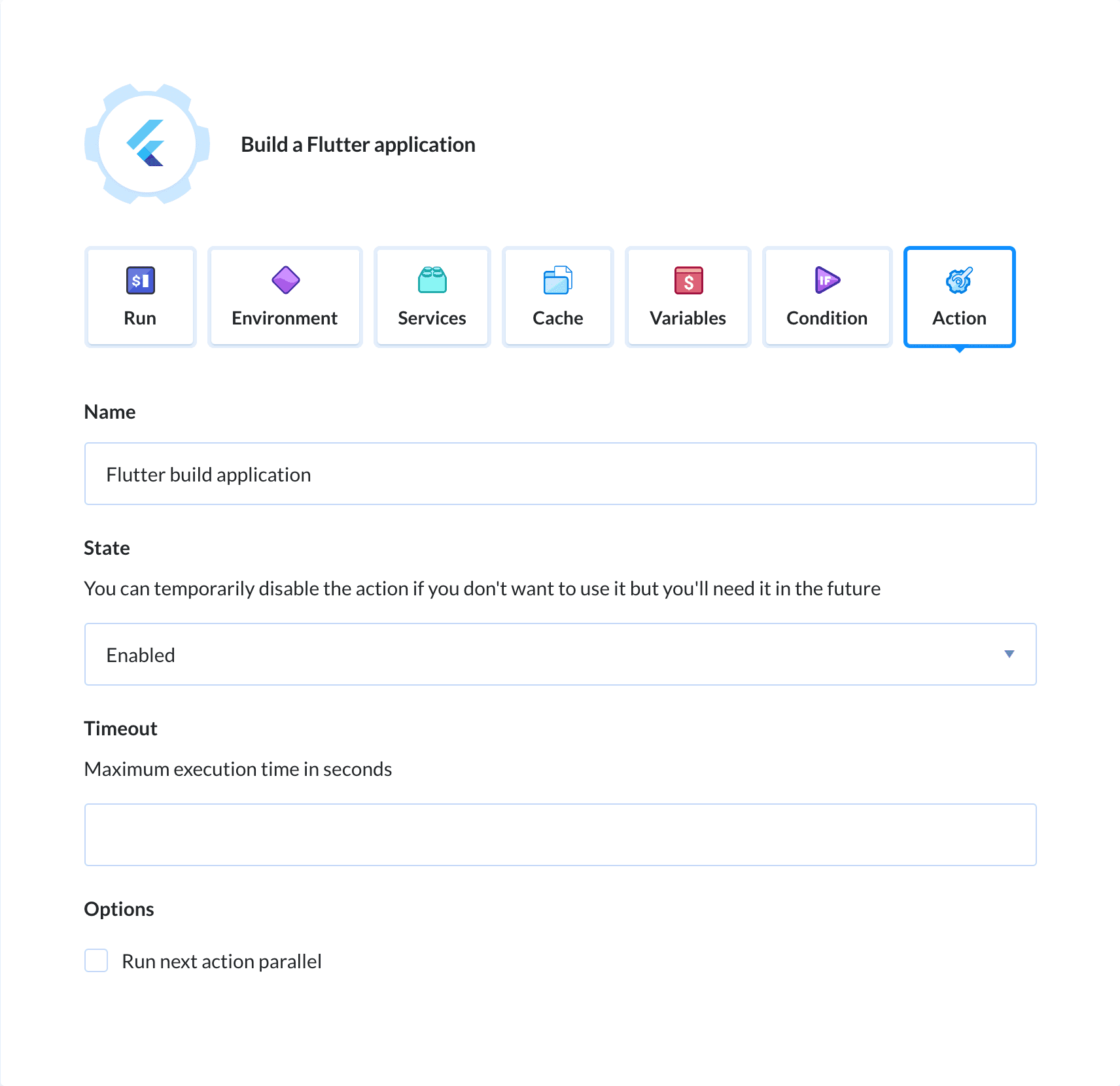 Do more with Build Flutter app

Buddy allows you to instantly connect Build Flutter app with 100+ actions to automate your development and build better apps faster.

Connect Build Flutter app with the tools you use everyday and find your web development super-powers.