This action launches a Docker container using the official Python image. The container runs pip install and python manage.py by default. Once the commands stop running, the container is terminated. 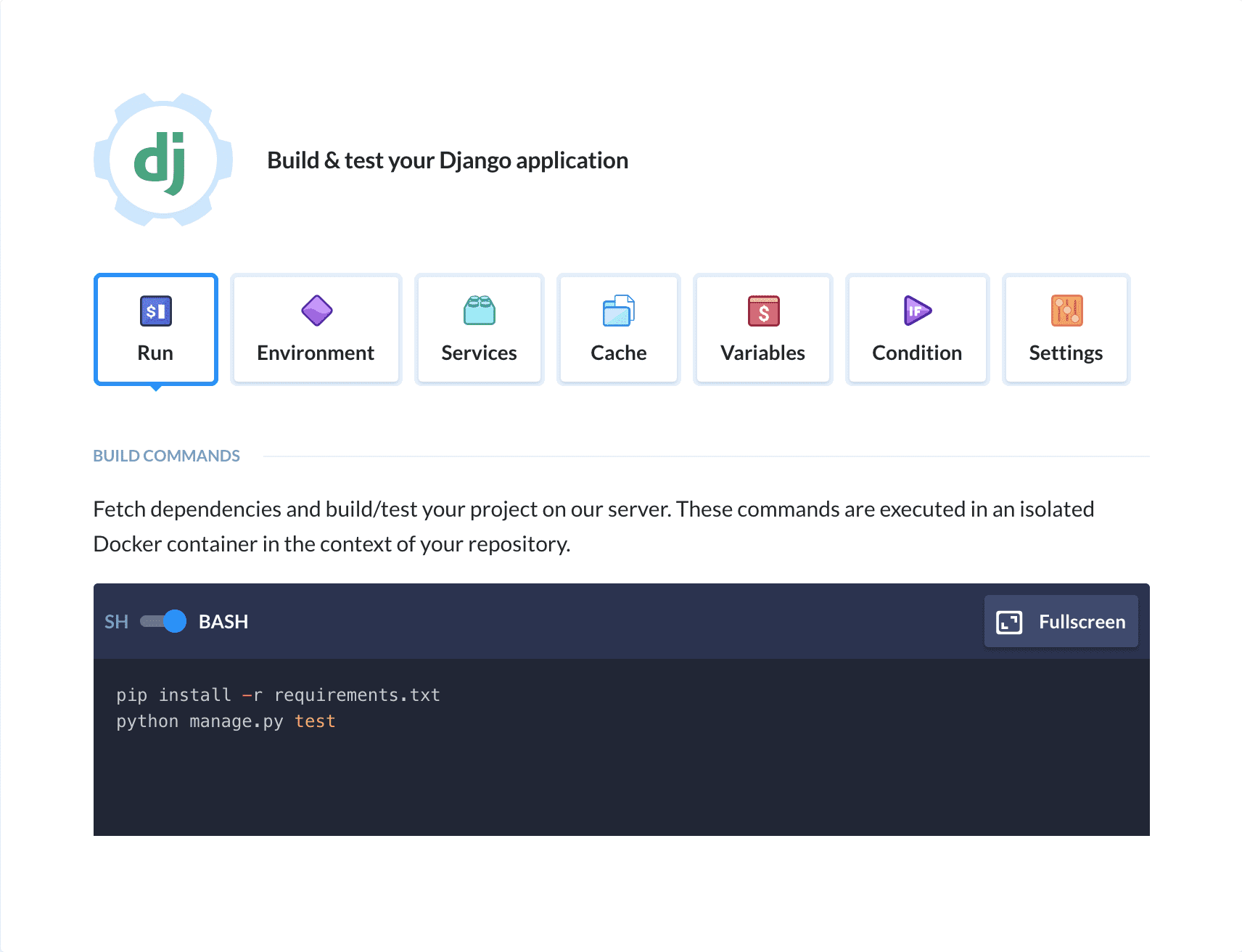 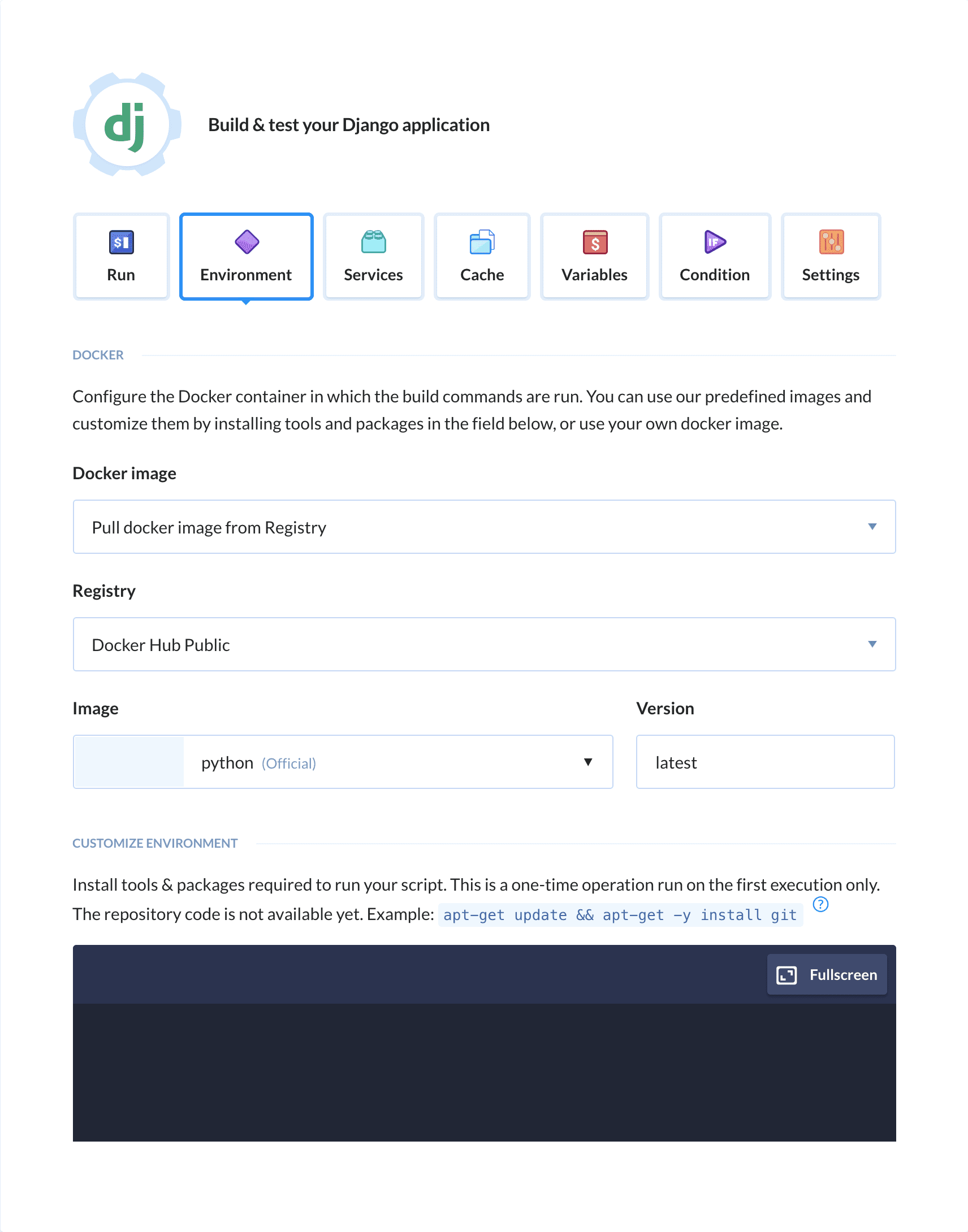 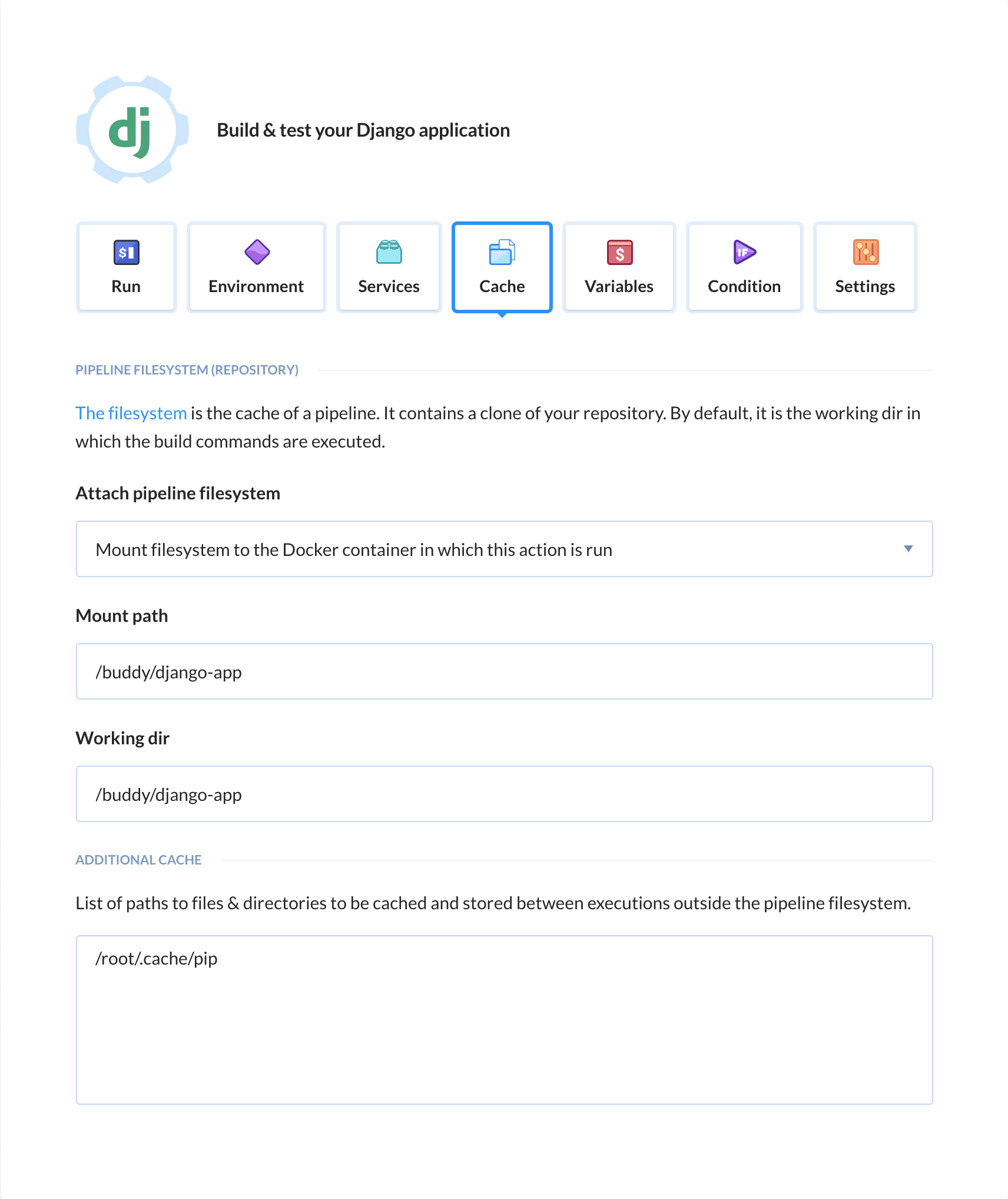 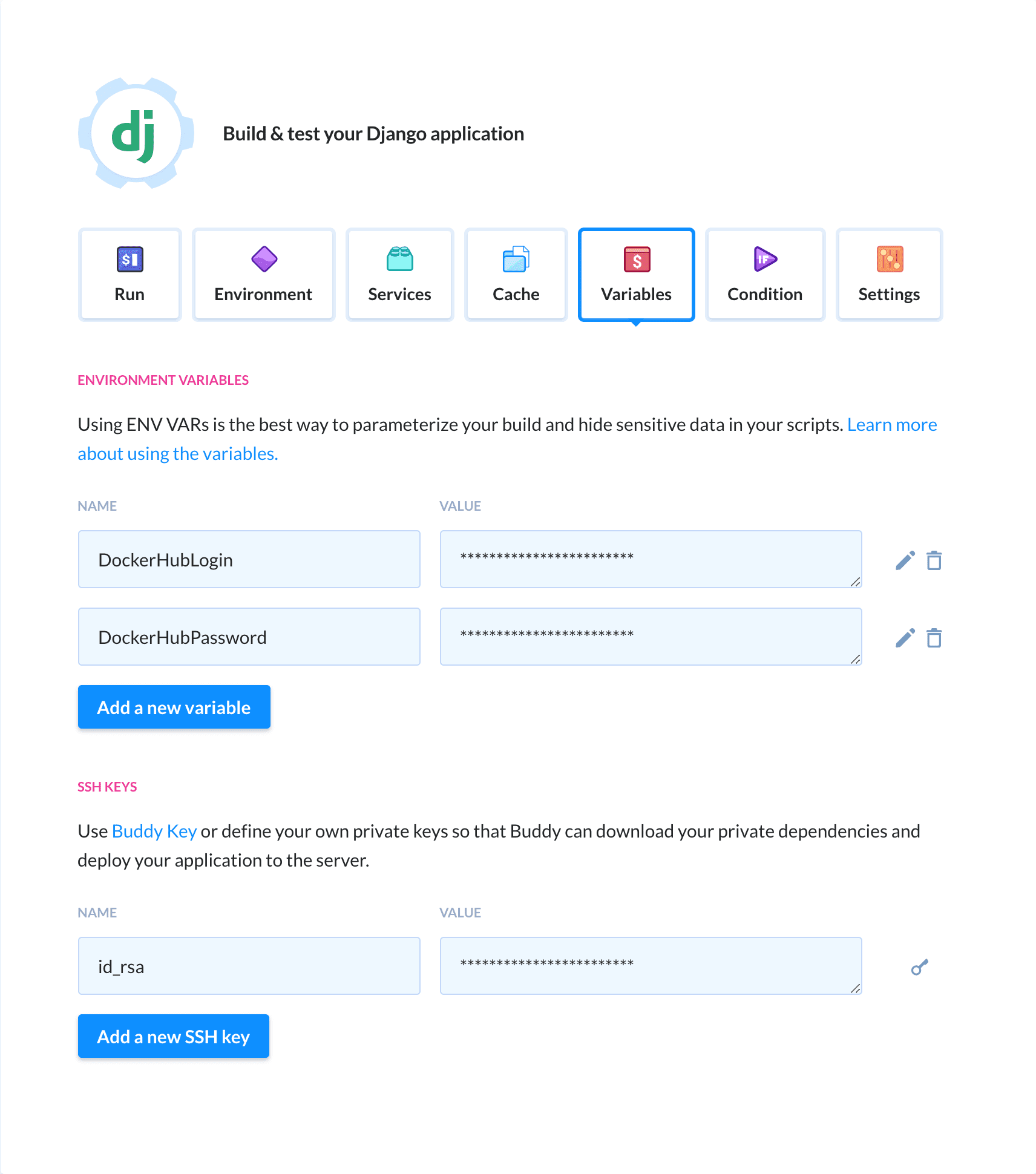 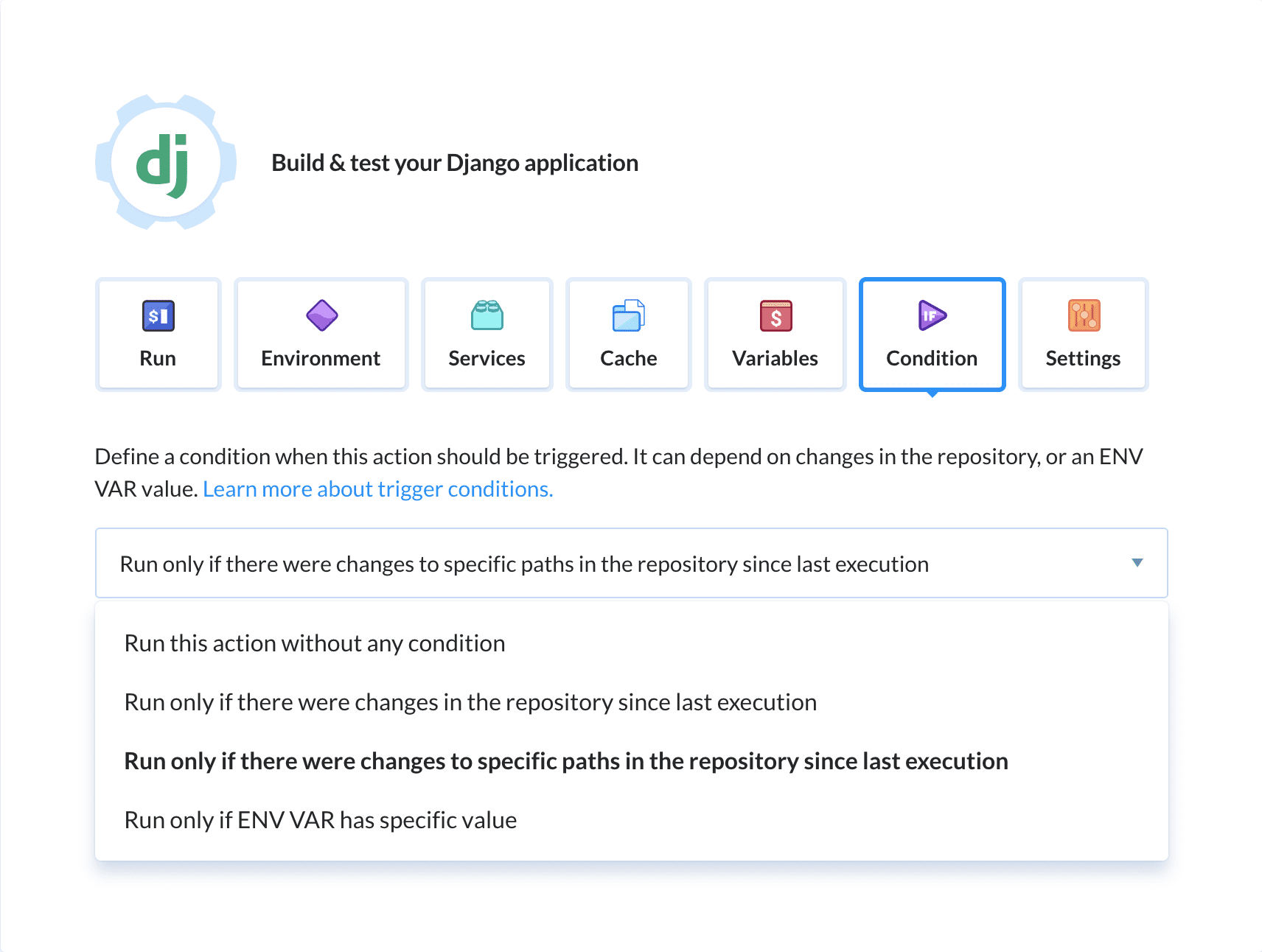 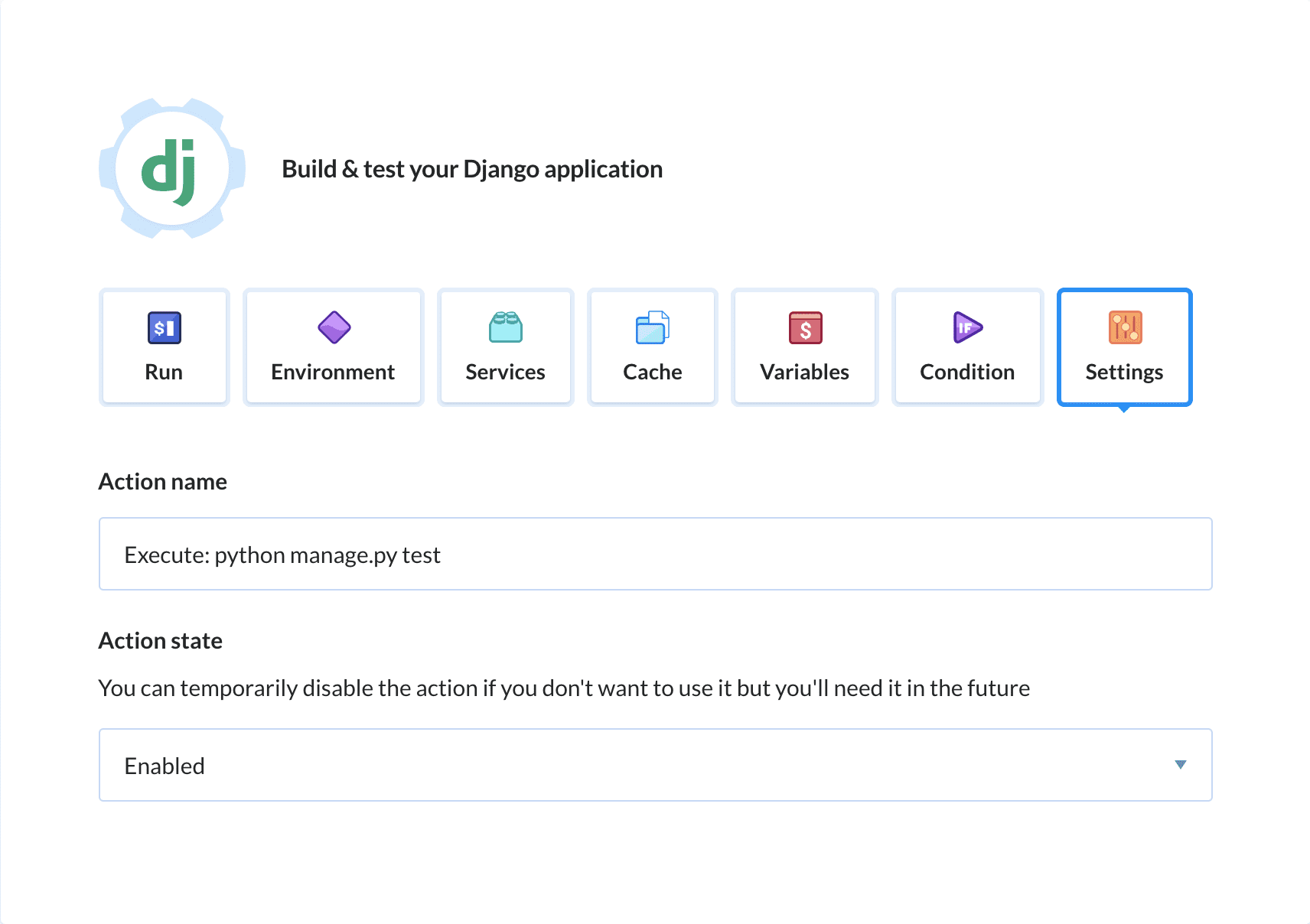 Do more with Django

Buddy allows you to instantly connect Django with 100+ actions to automate your development and build better apps faster.

Django is an open-source web framework based on Python used mostly in the application development due to its templates, libraries and APIS. The main focus of Django is allowing developers to focus on implementing new features instead of constantly reviewing old ones.

Connect Django with the tools you use everyday and find your web development super-powers.