This action builds and tests Scala applications using SBT, the interactive build tool that lets you define tasks and run them in parallel.

This action launches a Docker container using the official OpenJDK image customized with preinstalled Scala and SBT. The container runs sbt compile on default. Once the commands stop running the container is terminated.

It uses the pipeline's filesystem as its working directory to which the generated files are saved. 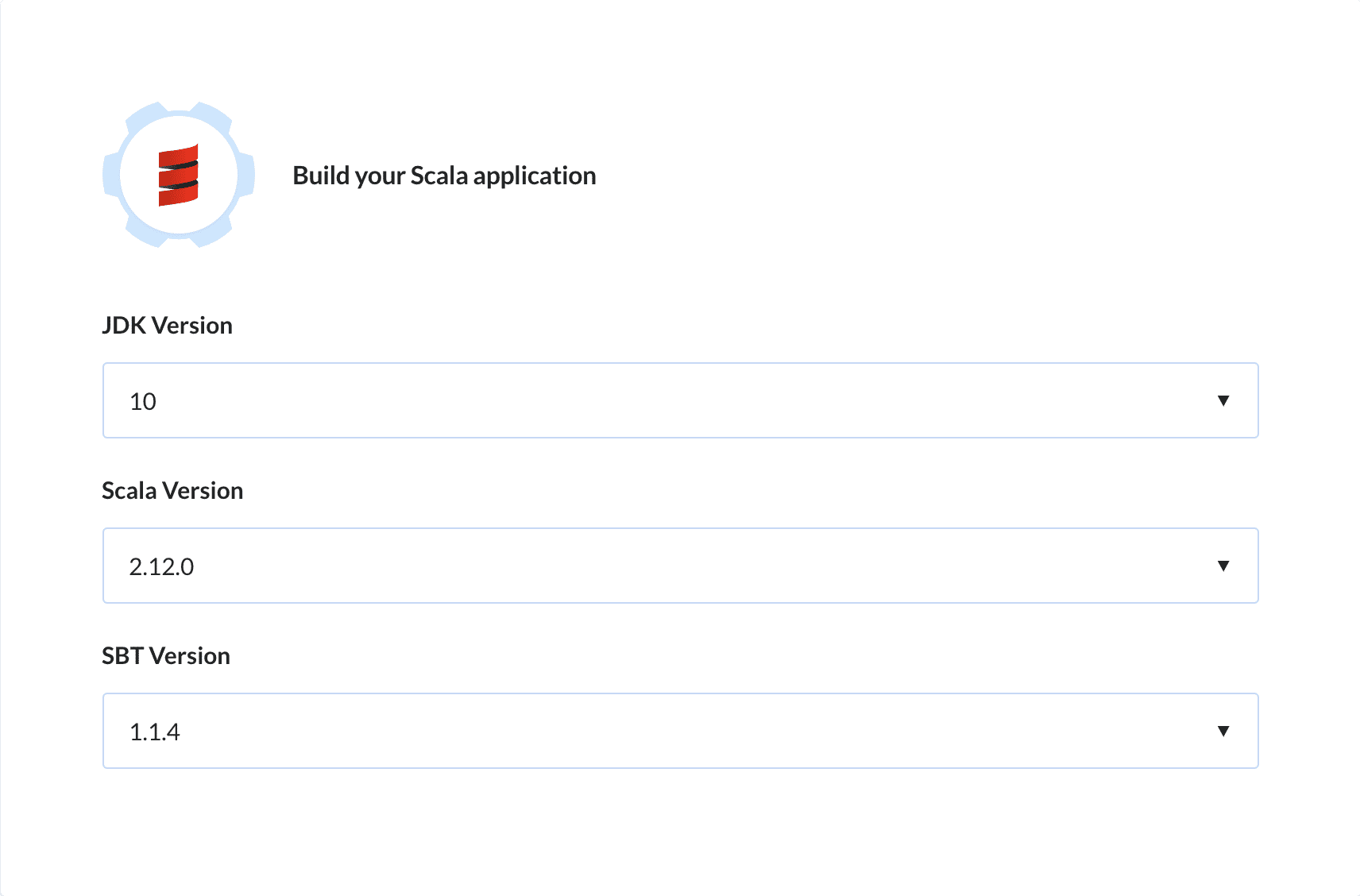 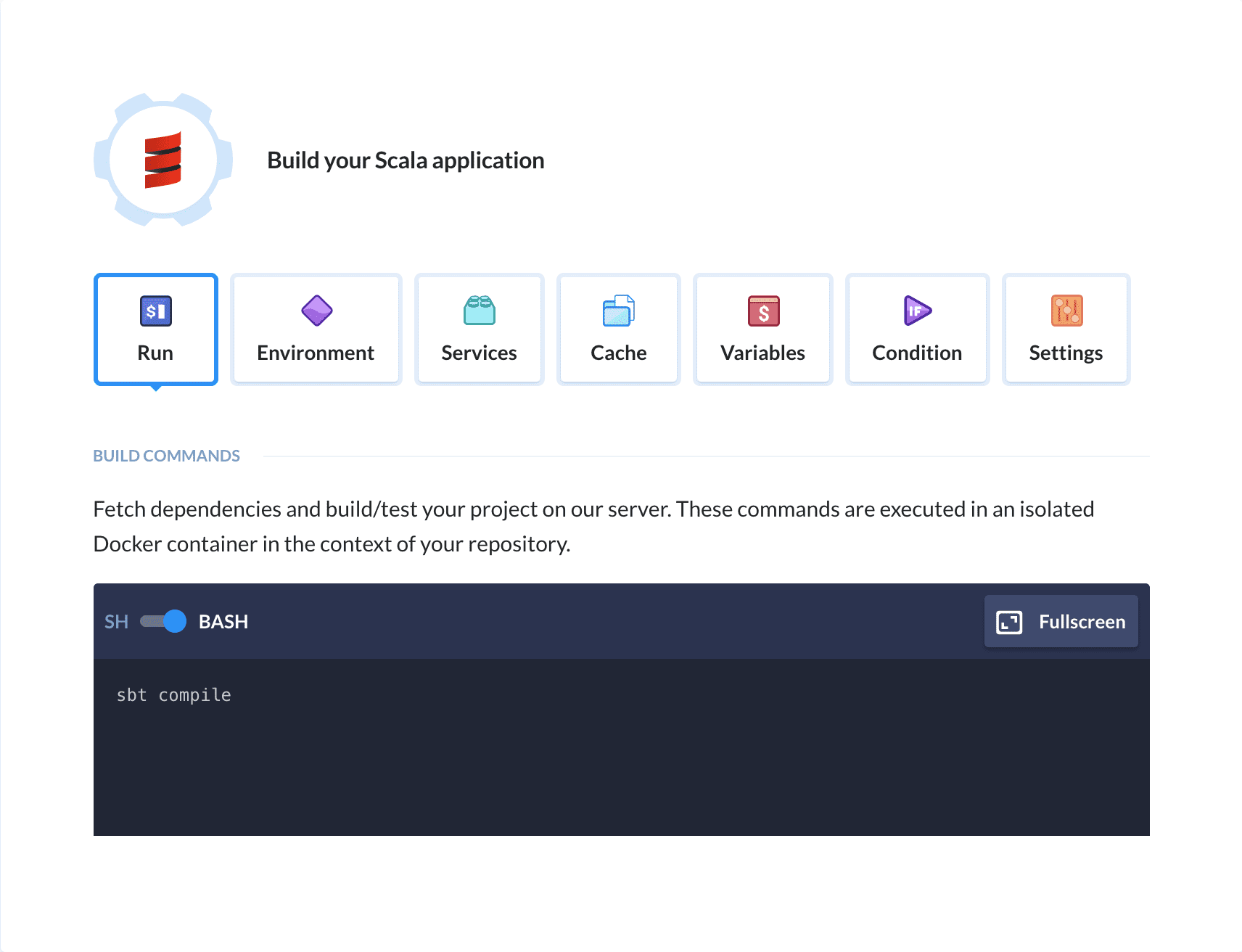 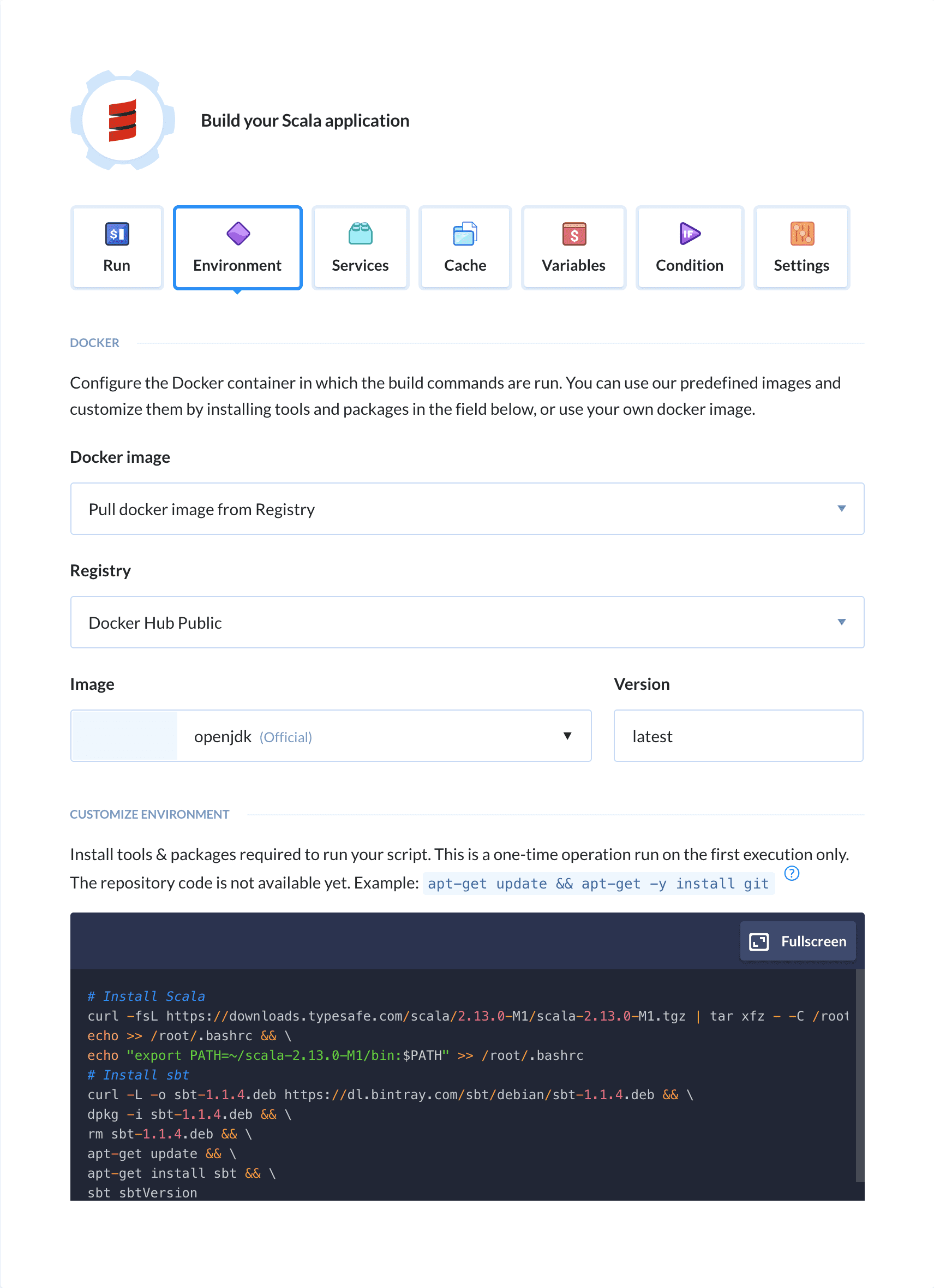 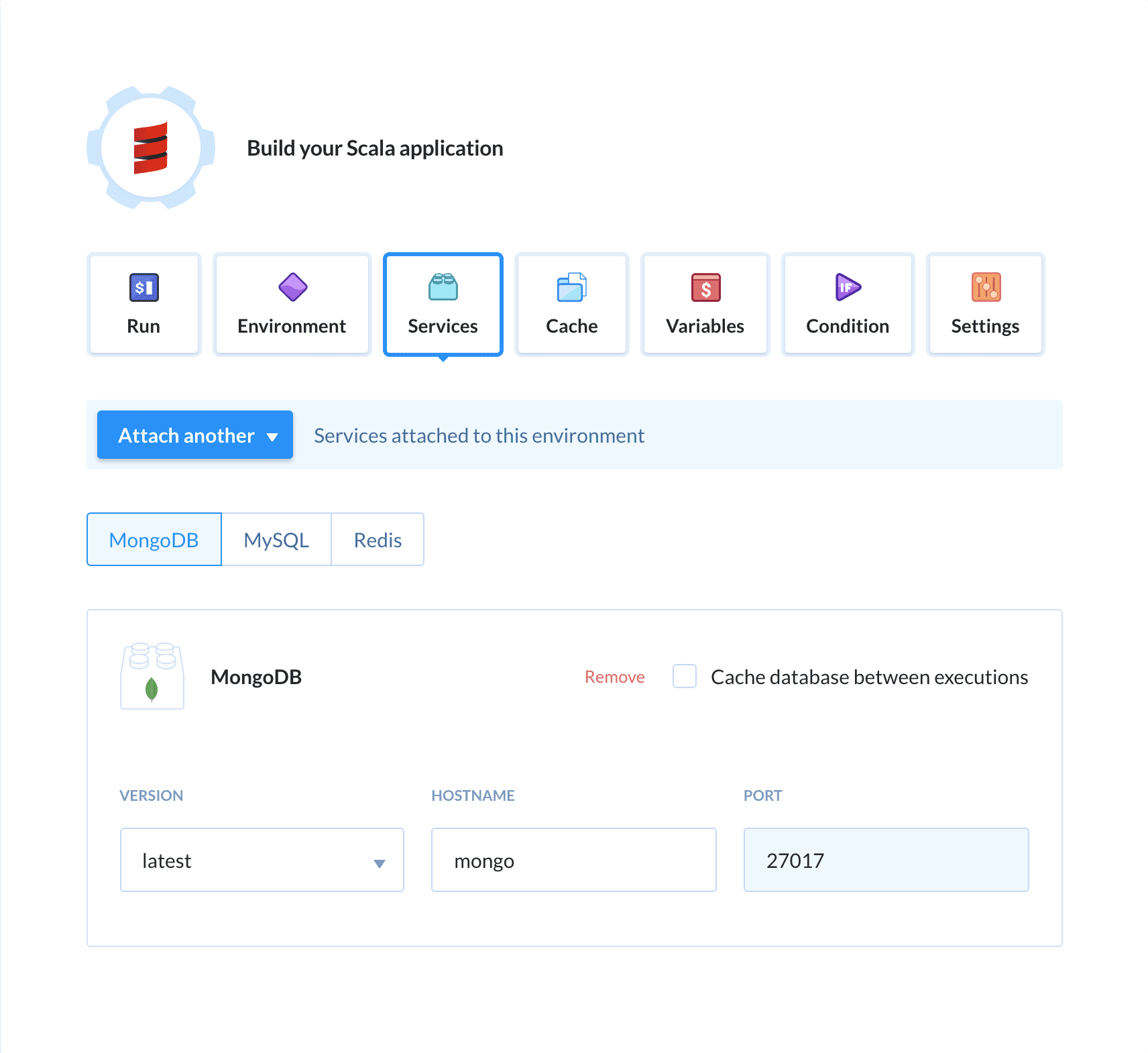 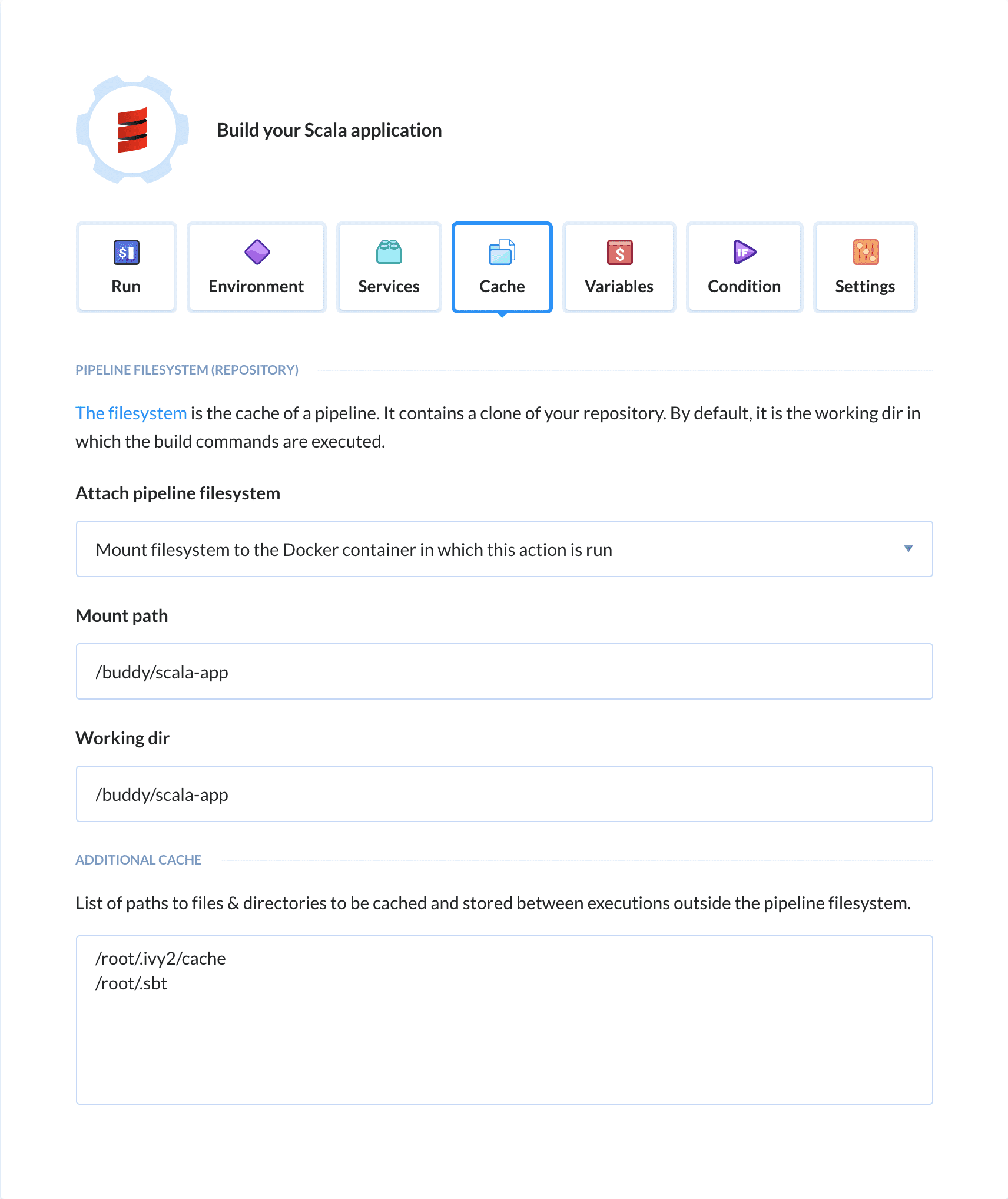 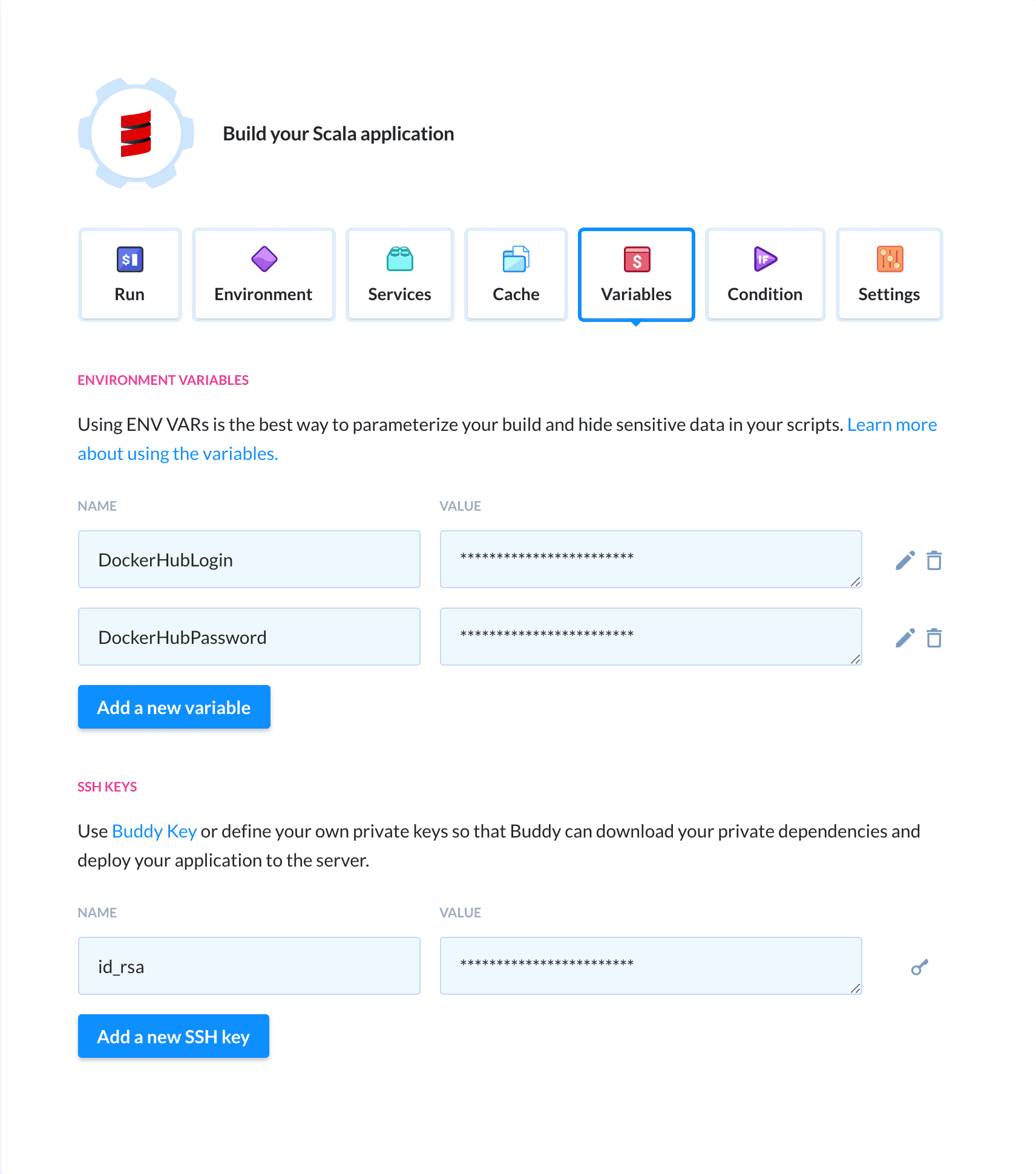 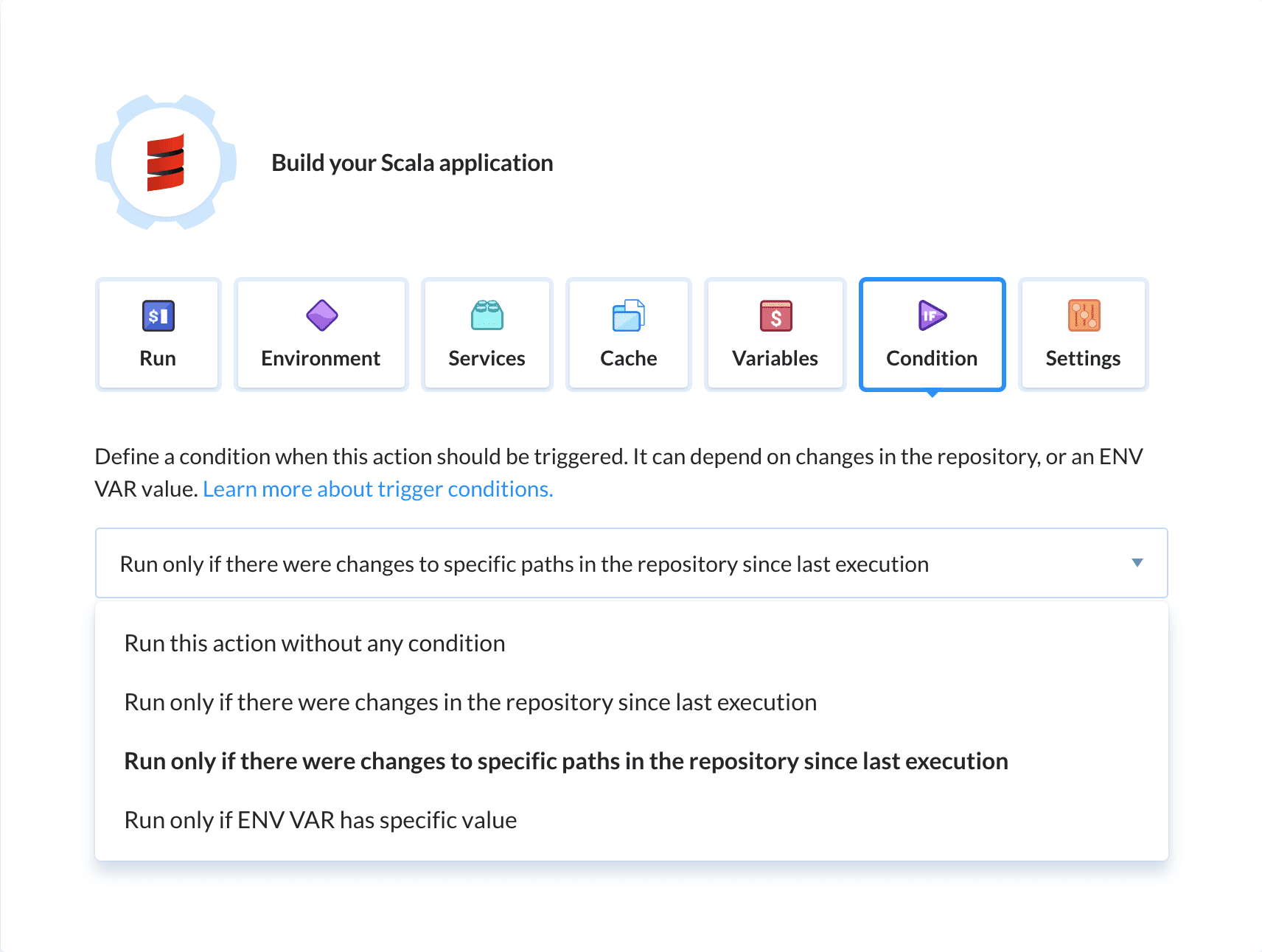 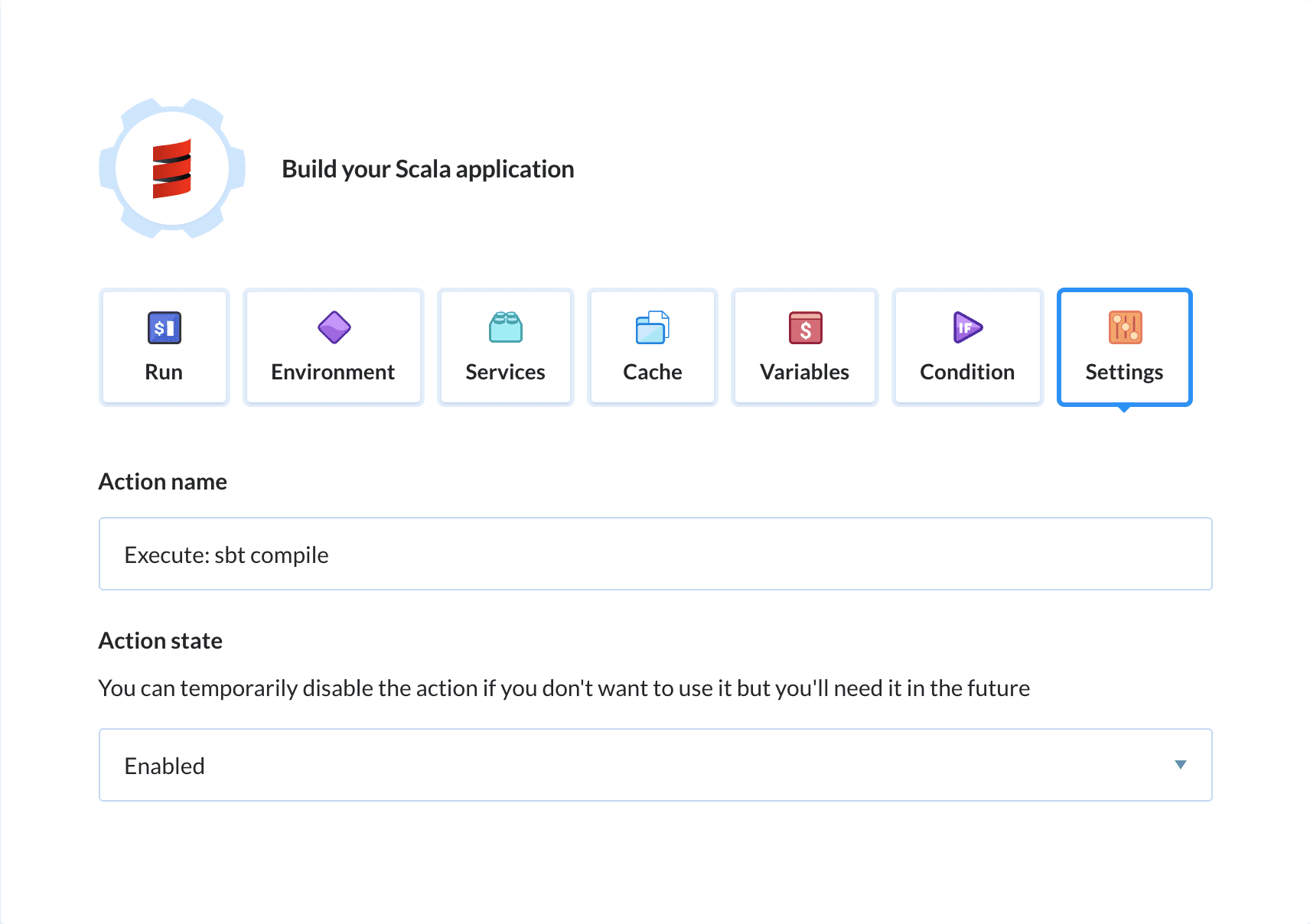 Do more with Scala

Buddy allows you to instantly connect Scala with 100+ actions to automate your development and build better apps faster.

Scala is an object-oriented general purpose language developed by Martin Odersky. Scala is often considered a better alternative to Java by solving a wide array of issues Java has like dreaded null pointer exceptions, asynchronous processing and ability to define algebraic data types

Connect Scala with the tools you use everyday and find your web development super-powers.