The action launches a container with preinstalled Cloud SDK. Once launched, it’s already authorized against settings provided in the action of Google Cloud application. The container has mounted pipeline filesystem which contains pulled repository. 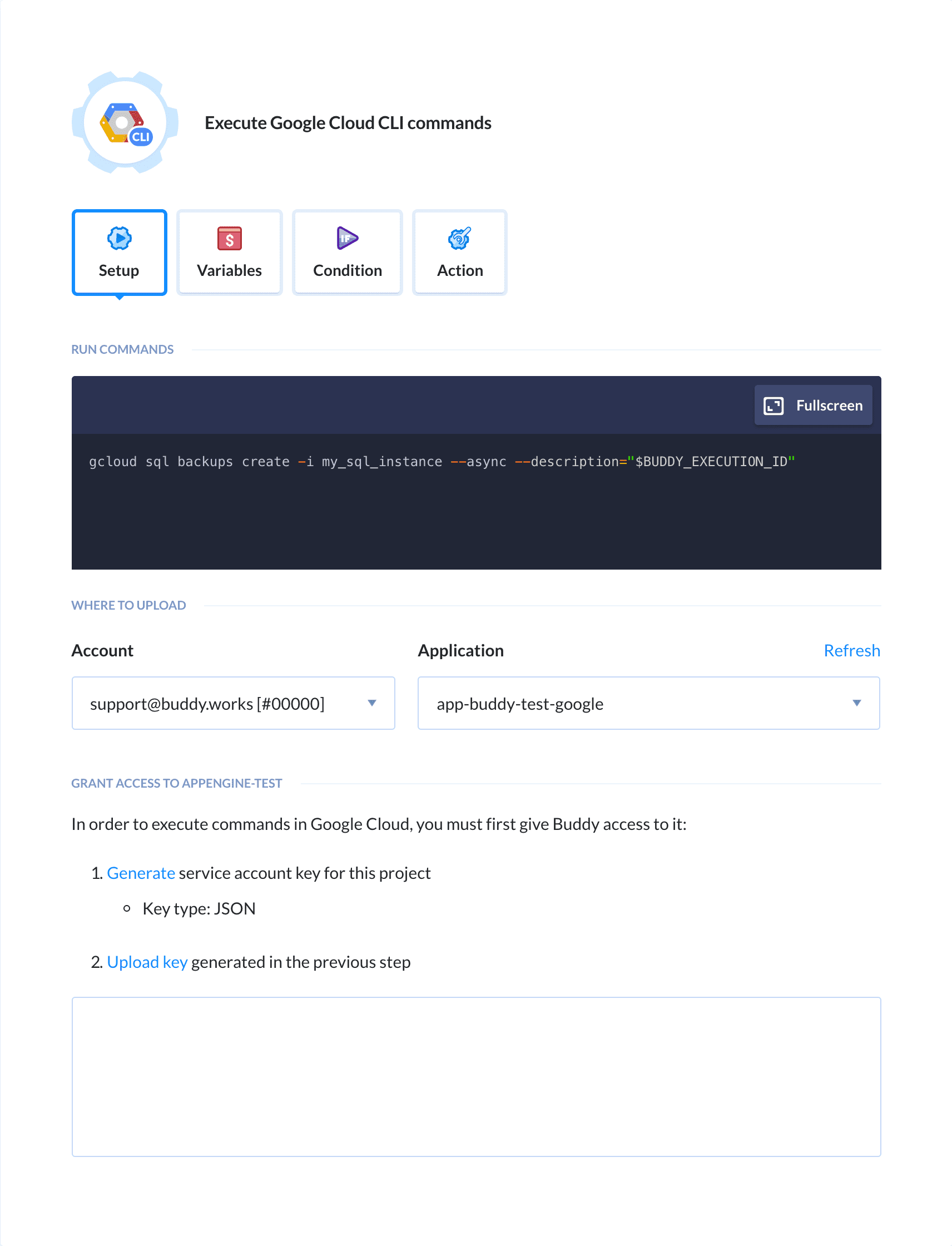 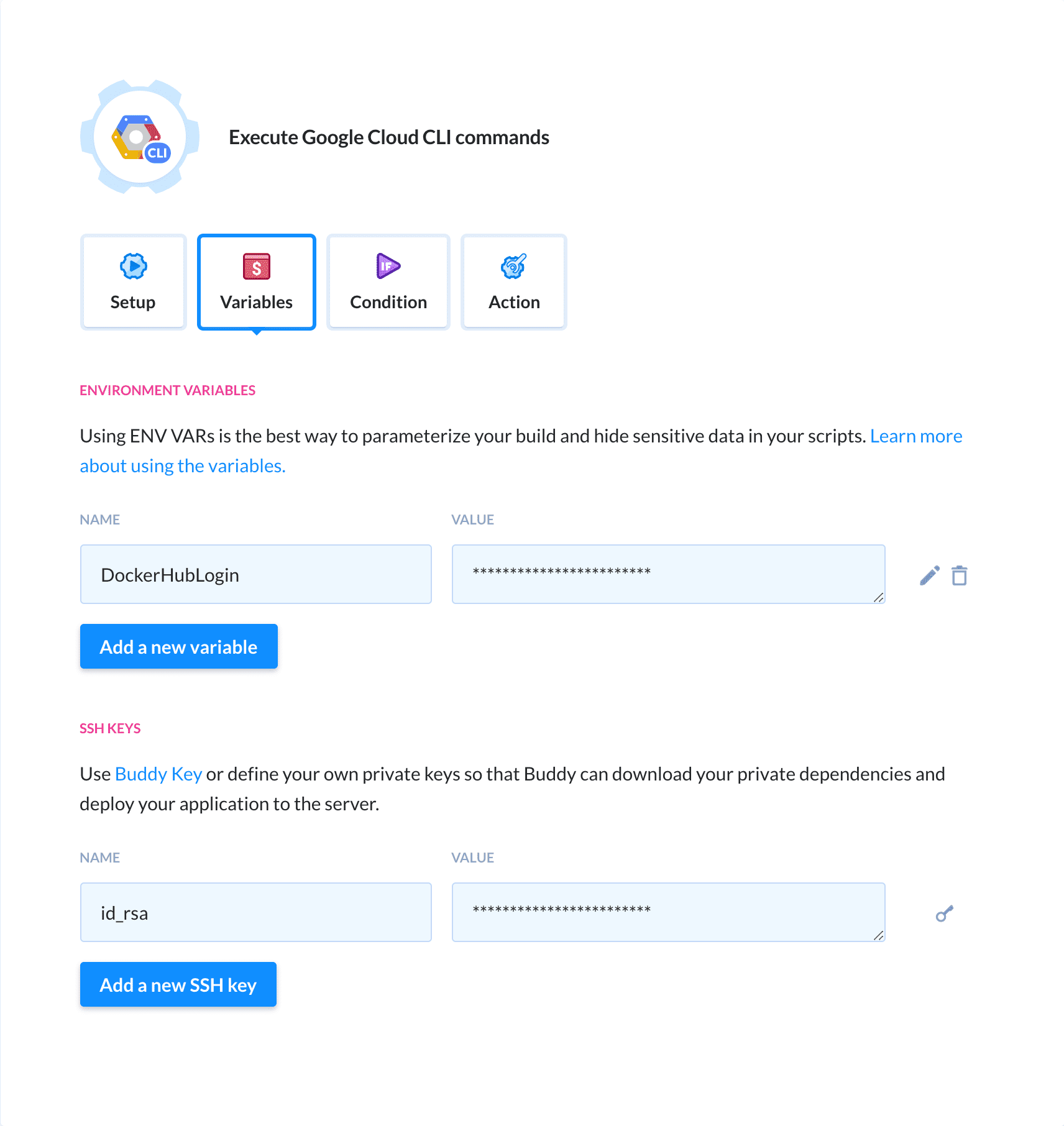 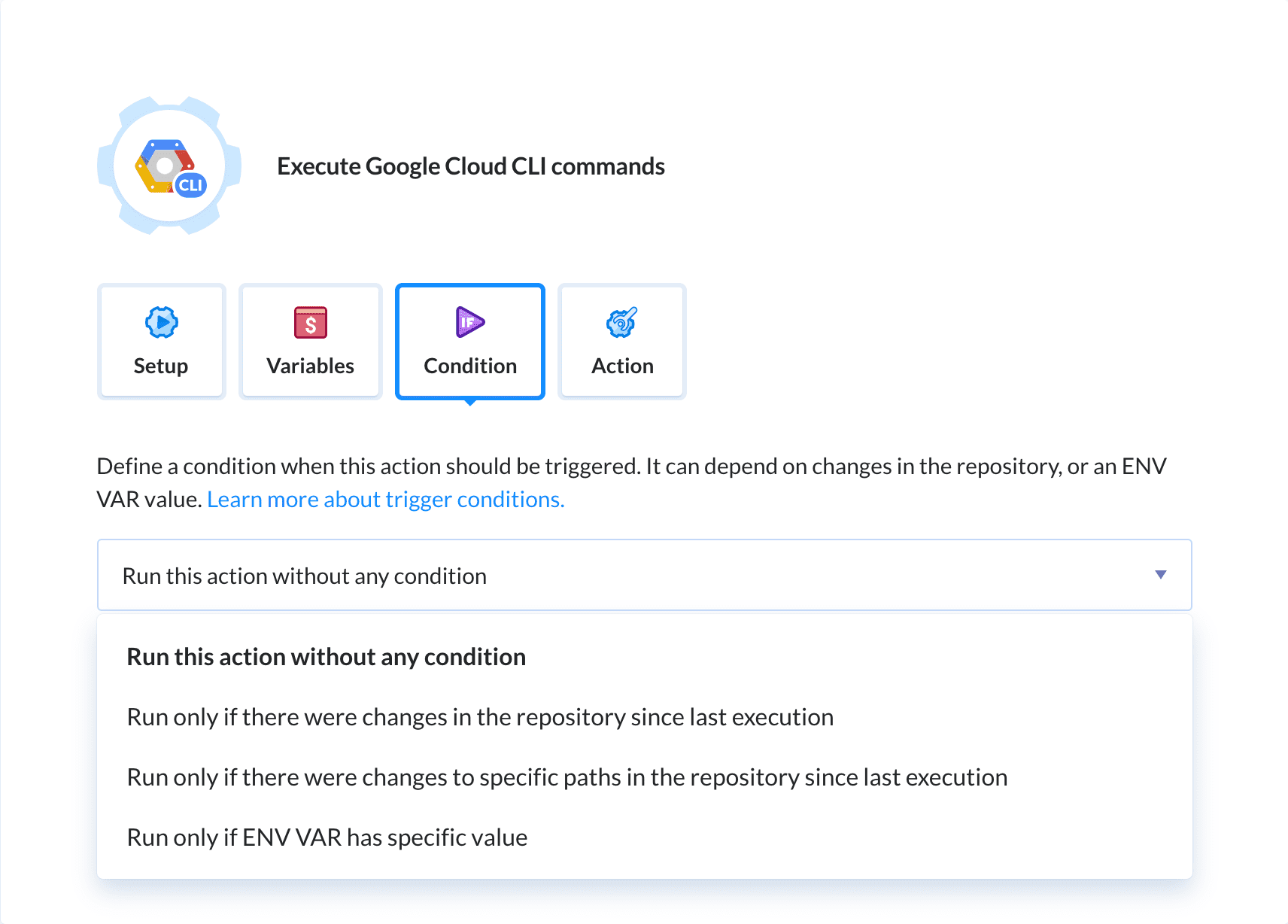 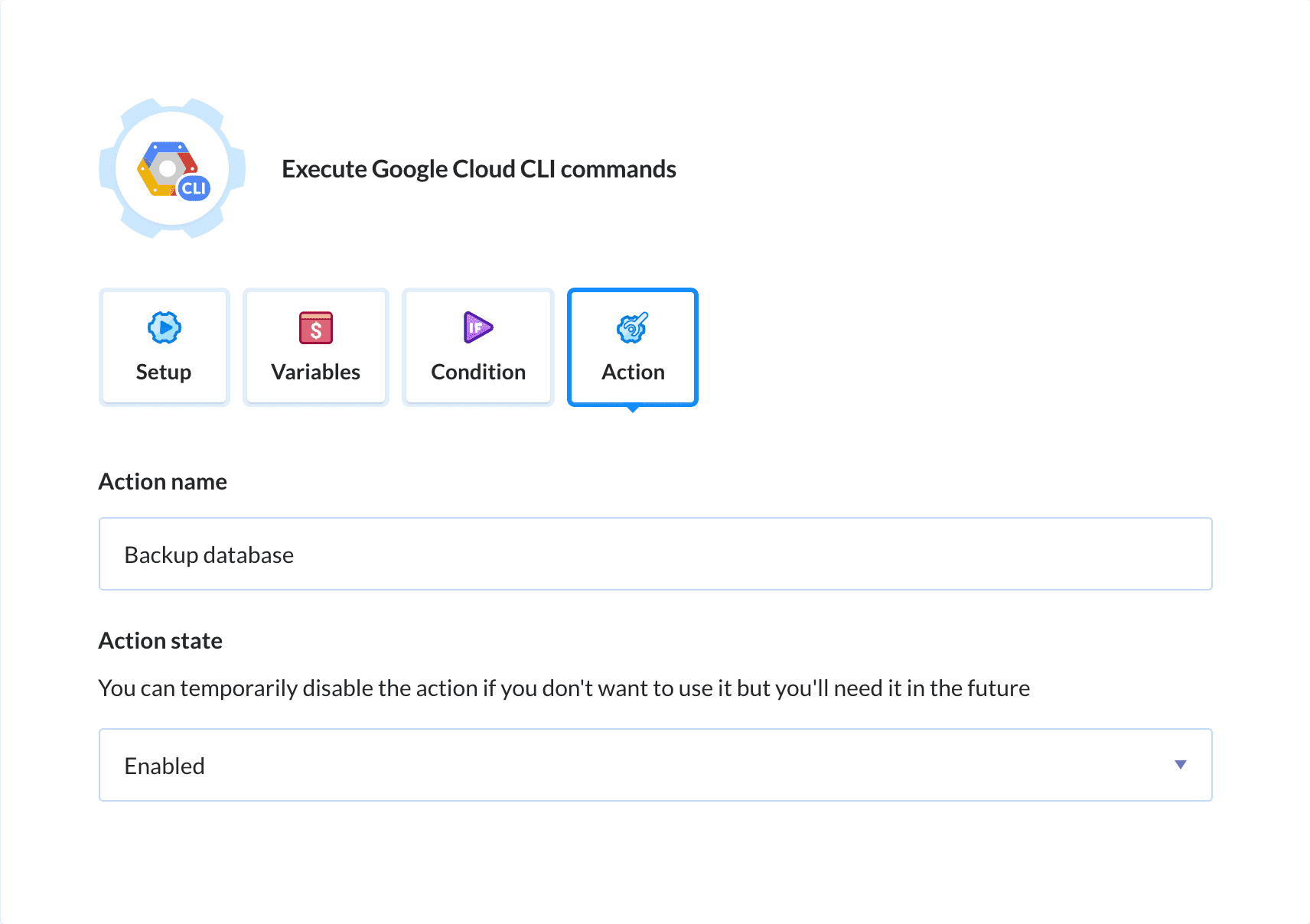 Do more with Google Cloud CLI

Buddy allows you to instantly connect Google Cloud CLI with 100+ actions to automate your development and build better apps faster.

Connect Google Cloud CLI with the tools you use everyday and find your web development super-powers.