The following guide covers the basics of Git: installing Git on your system, initializing repository, comitting files, adding remote, and collaborating on branches with other users.

A note before you start: the best way to understand how Git works is to run Git commands from your terminal. If you're a Windows user, make sure to run git bash when adding your Git package.

Once the Git is installed, go to the folder with your project and run the following:

To initialize Git in this directory. This command will add a /.git directory to your folder that will store data about the repo.

Where -m stands for the commit message. Always write something that describes your activity in the commit to avoid a mess when browsing the history later on.

To view which files have been added and/or committed, run git status.

In Git, every time you change a file, you need to add it again with git add before making a commit.

With Git, you can easily undo changes to your files. You will soon find this feature a real blessing, especially if your recent change to code has messed up your whole project. The command depends on the actual status of the file in Git.

If you'd like to collaborate on code with your team, you need to create a remote repository on a Git hosting service to which you will push your changes. You can host your repo on our service, or use any other Git hosting provider and synchronize it with Buddy later on. In this example, we'll use Buddy as the provider: 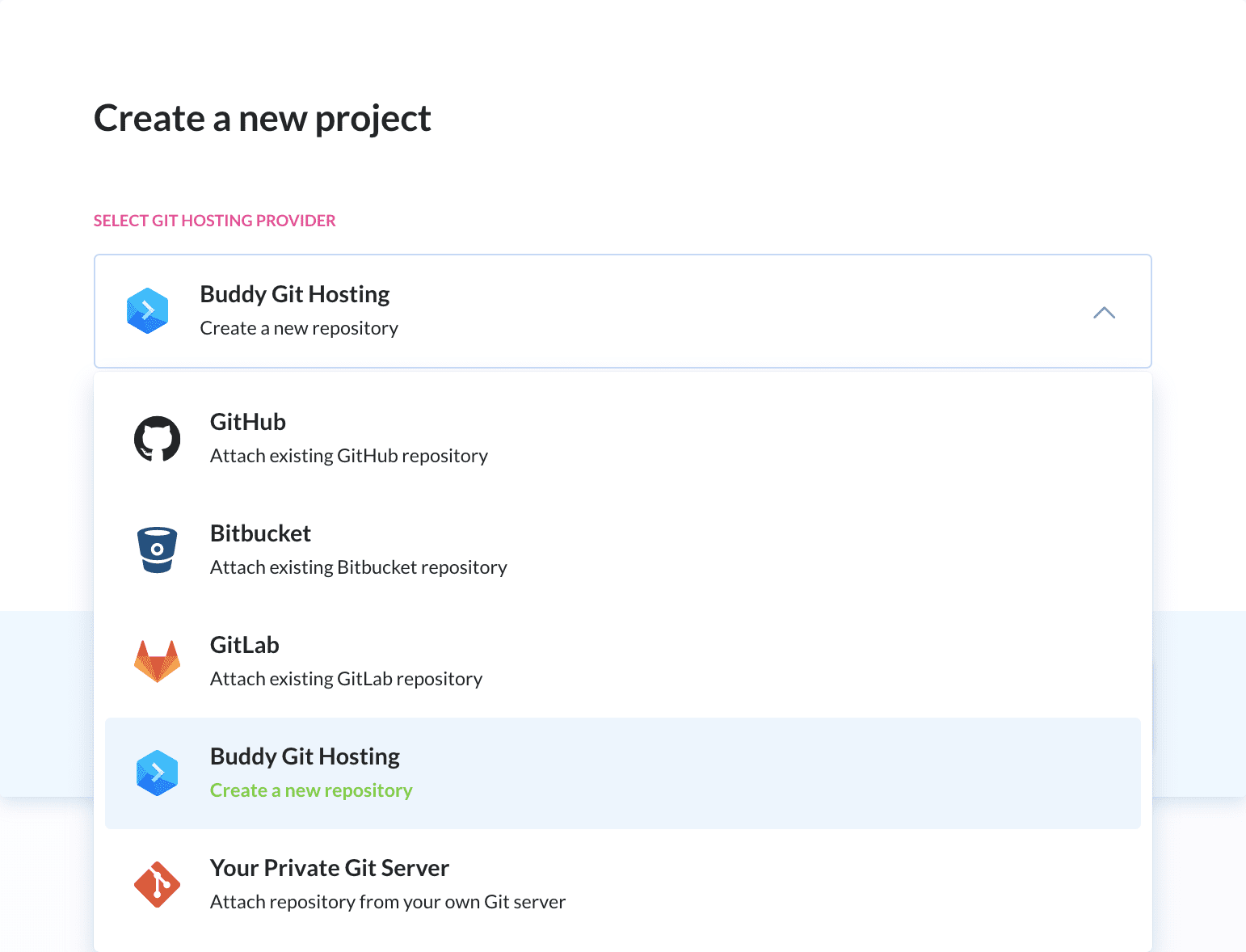 Creating a remote repository in Buddy

Right, so we've just created a remote repository on Buddy. Before we can push our commits we need to add that repo as a remote. To do that, run: 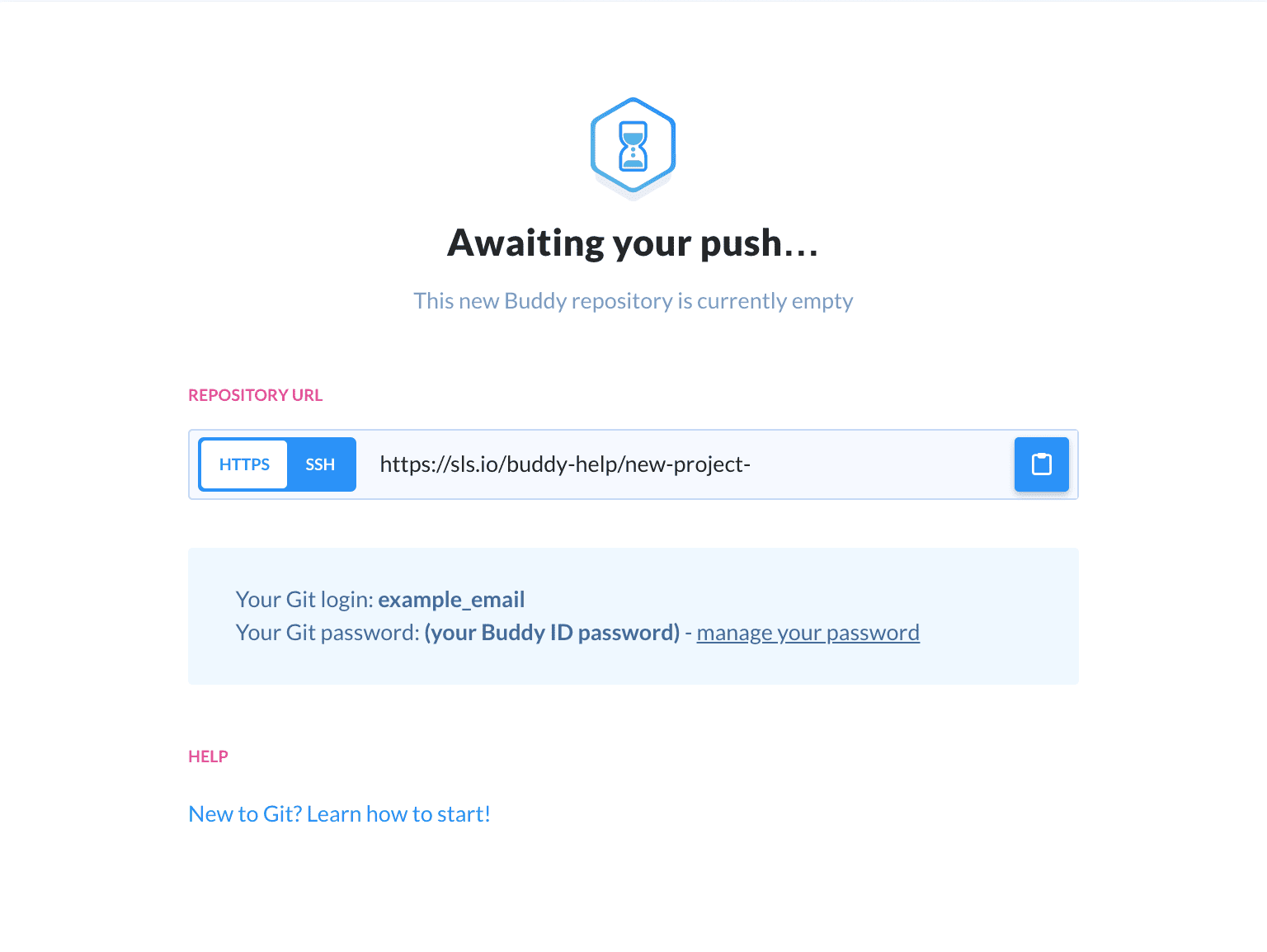 In Git, you don't just physically "upload" files from one place to another: what you are actually doing is registering the file changes into commits, and then push (upload) these commits to the repository. In other words, every time a file is added, modified, or removed, you need to commit this change before you can push it to the repository making it physically available to your team.

Branches are the core feature of Git, allowing you to work in isolation from other developers without the risk of messing up the mainline of development.

By default, the Git repository is created with the Master branch. If you'd like to develop a new feature, you should create a new branch:

From now on, all new commits will be pushed to the freshly created new_features branch. 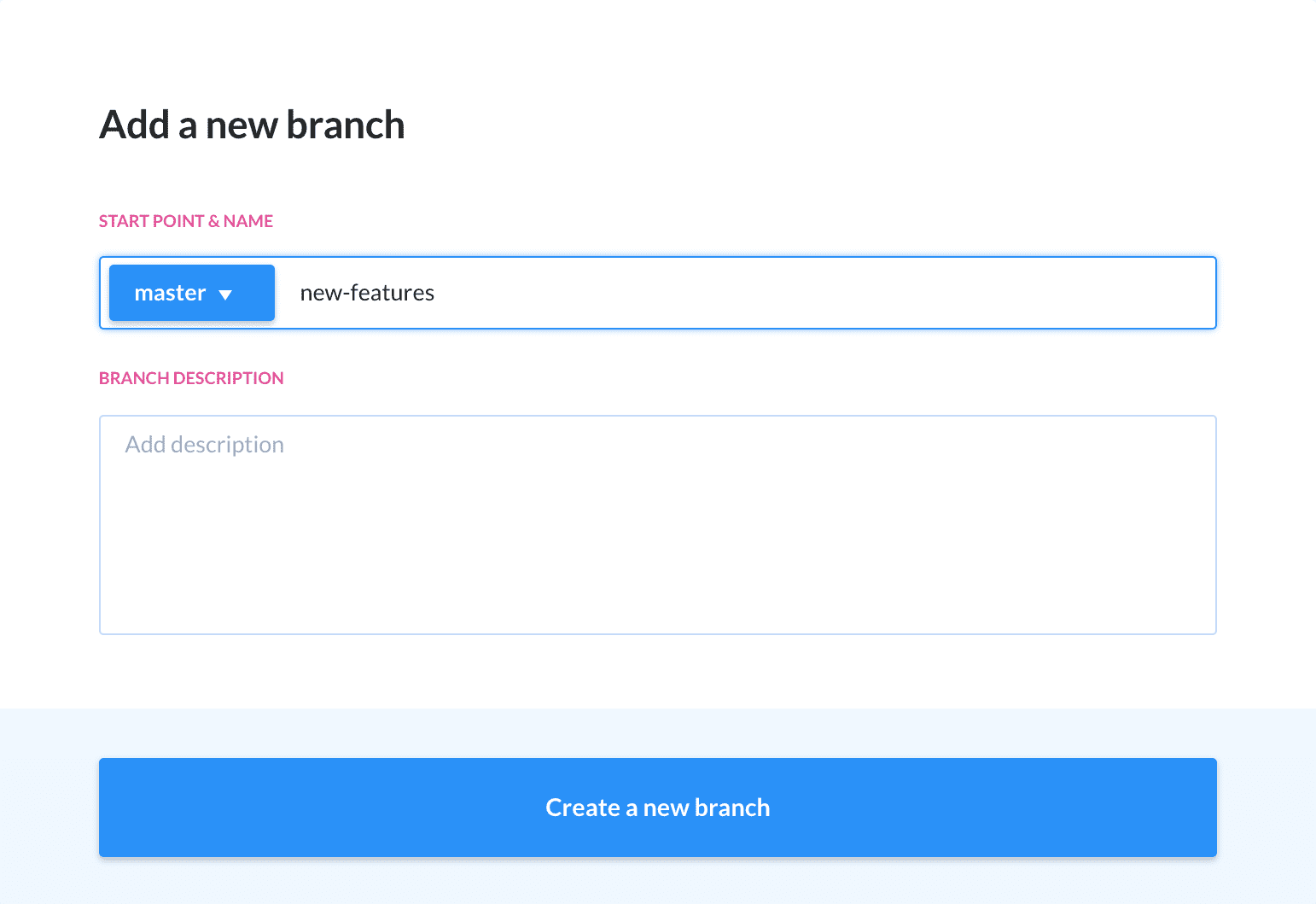 Sometimes when merging conflicts appear. This happens most often when the same file's been edited in two different branches, and you need to tell Git whose changes to keep.

Most often to resolve the conflict, you must edit the file, and then add and commit it again to the repo:

If you'd like to learn more, take a look at our article on solving conflicts in Git.

Getting to know these few basic commands is the first step towards Git mastery. Although it may take some time until you become familiar with the Git ecosystem and instinctively know which command to use at a given situation, they will soon become the bread and butter of your everyday work as a developer.