In the year 2020 – not the best year in the history of mankind, I think we all agree on that – Git celebrates its 15th birthday. This technology completely changed the way how developers work. A lot of younger devs may not remember at all what a nightmare it was to cooperate on a project before the emergence of distributed version control. Yes, Subversion was first, but who would like to go back to the time of the so-called tree conflicts when merging two branches was more of a horror than actual convenience?

Two weeks ago we published a new version of our Git Push action. The action allows users to create pipelines that are based on git push releases to external repositories. With the update arrived a bunch of new useful features:

Let's assume you want to tag the repository with the execution number whenever a new release to the production server is made. Here's what you need to do: 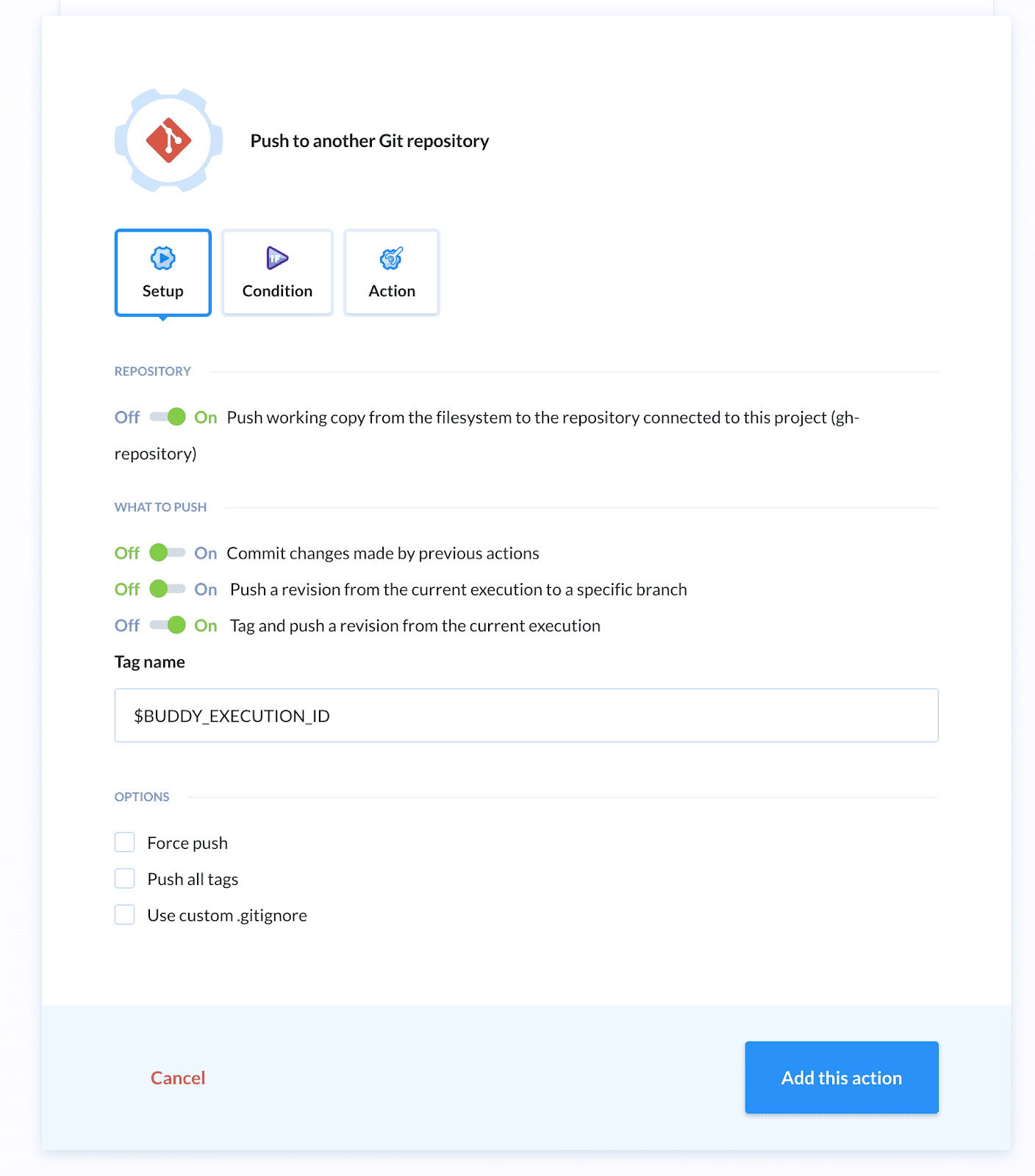 You can find more information on possible use cases in our pipeline examples and automation guides.

A journalist and an SEO specialist trying to find himself in the unforgiving world of coders. Gamer, a non-fiction literature fan and obsessive carnivore. Jarek uses his talents to convert the programming lingo into a cohesive and approachable narration.