Do more with Local Shell

Buddy CI/CD allows you to instantly implement Local Shell with 100+ ready to use actions to automate your development and build better apps faster.

This action executes Shell commands run locally against the pipeline’s filesystem. It’s like Terminal on Mac and Linux or Command Prompt on Windows.

The action launches a Docker container in which it runs the provided commands. It’s possible to select /bin/sh or /bin/bash. By default the action uses the official Docker image from the Docker Hub, but it can be changed to anything else. 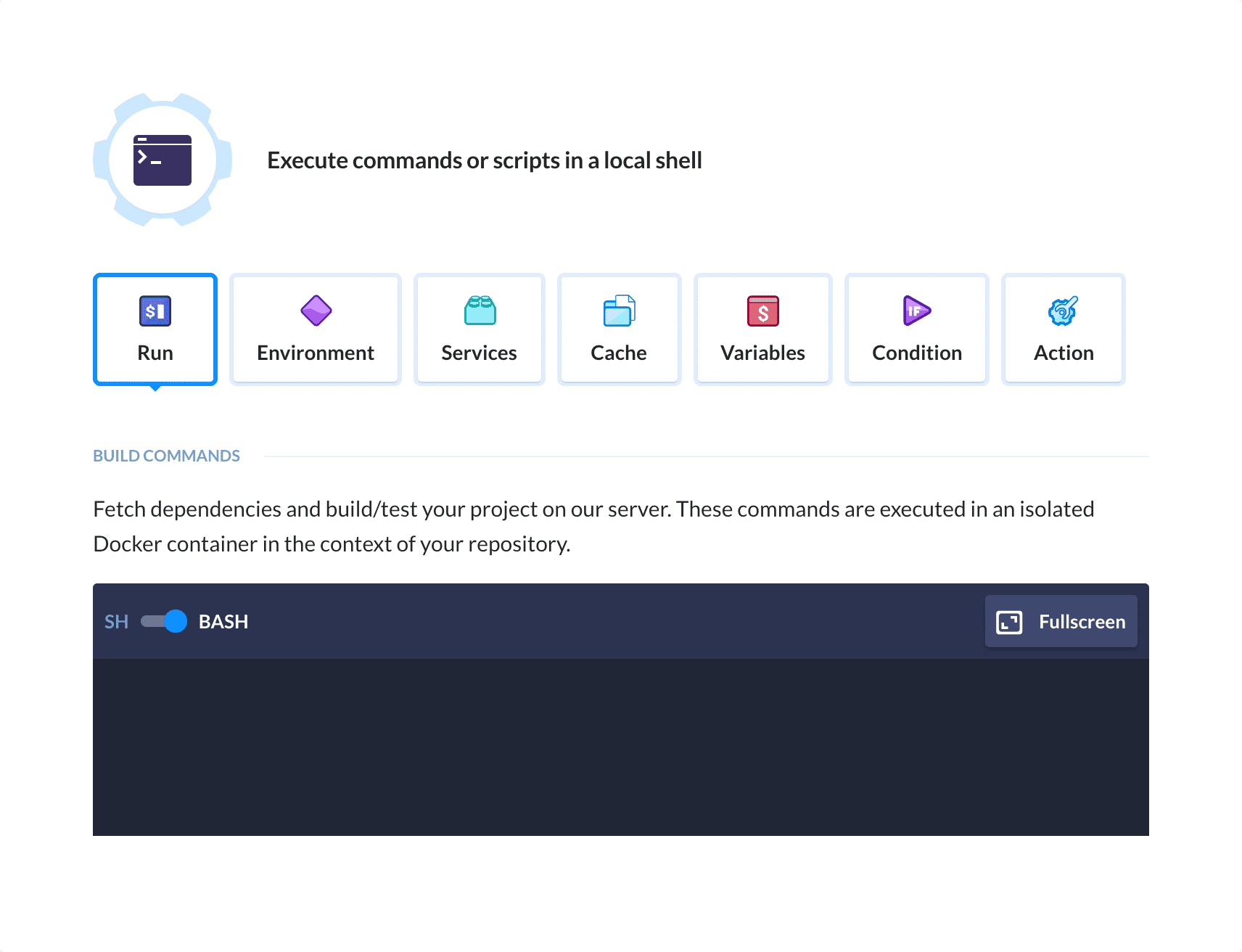 Do more with Local Shell

Buddy allows you to instantly connect Local Shell with 100+ actions to automate your development and build better apps faster.