Do more with AWS Lambda Trigger

Buddy CI/CD allows you to instantly implement AWS Lambda Trigger with 100+ ready to use actions to automate your development and build better apps faster.

This action triggers AWS Lambda Function which is already deployed on the serverless compute platform.

The action uses Buddy’s dedicated integration with an Amazon Web Services (AWS) account. Once it's set up, it allows for selecting AWS Lambda Function to trigger. Check a list of AWS policies required by this integration. 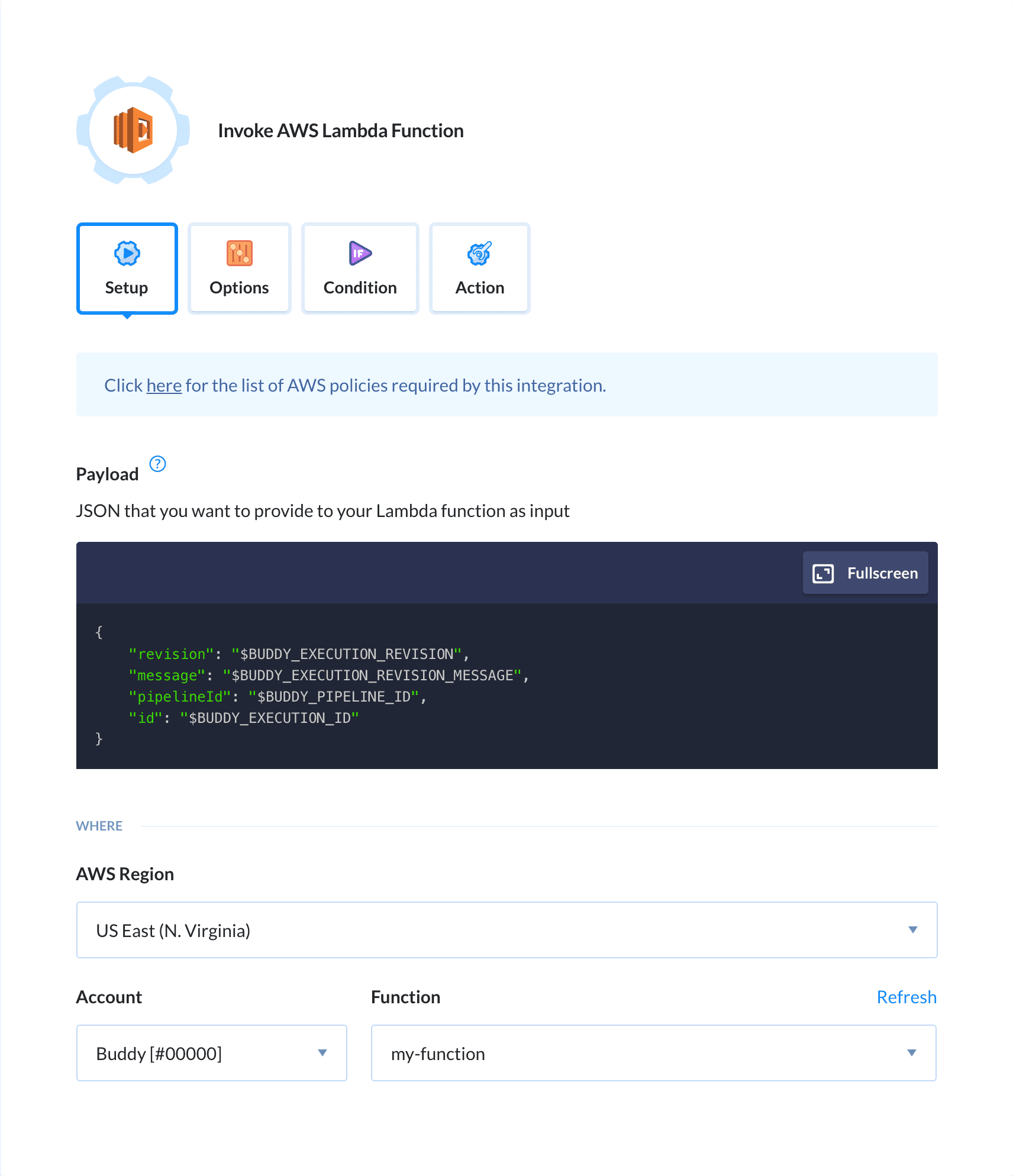 Do more with AWS Lambda Trigger

Buddy allows you to instantly connect AWS Lambda Trigger with 100+ actions to automate your development and build better apps faster.

AWS Lambda is a computing platform that allows users to run their code without the need of having your own servers. This service runs the code only when prompted to do so and scales automatically so you only pay for the total time spent on actual code computing. AWS Lambda supports .Net, Go, Java, Ruby, Python and Node.js.