This action launches a Docker container using the official Elixir image. The container runs mix deps.get and mix test commands by default. Once the commands stop running, the container is terminated. 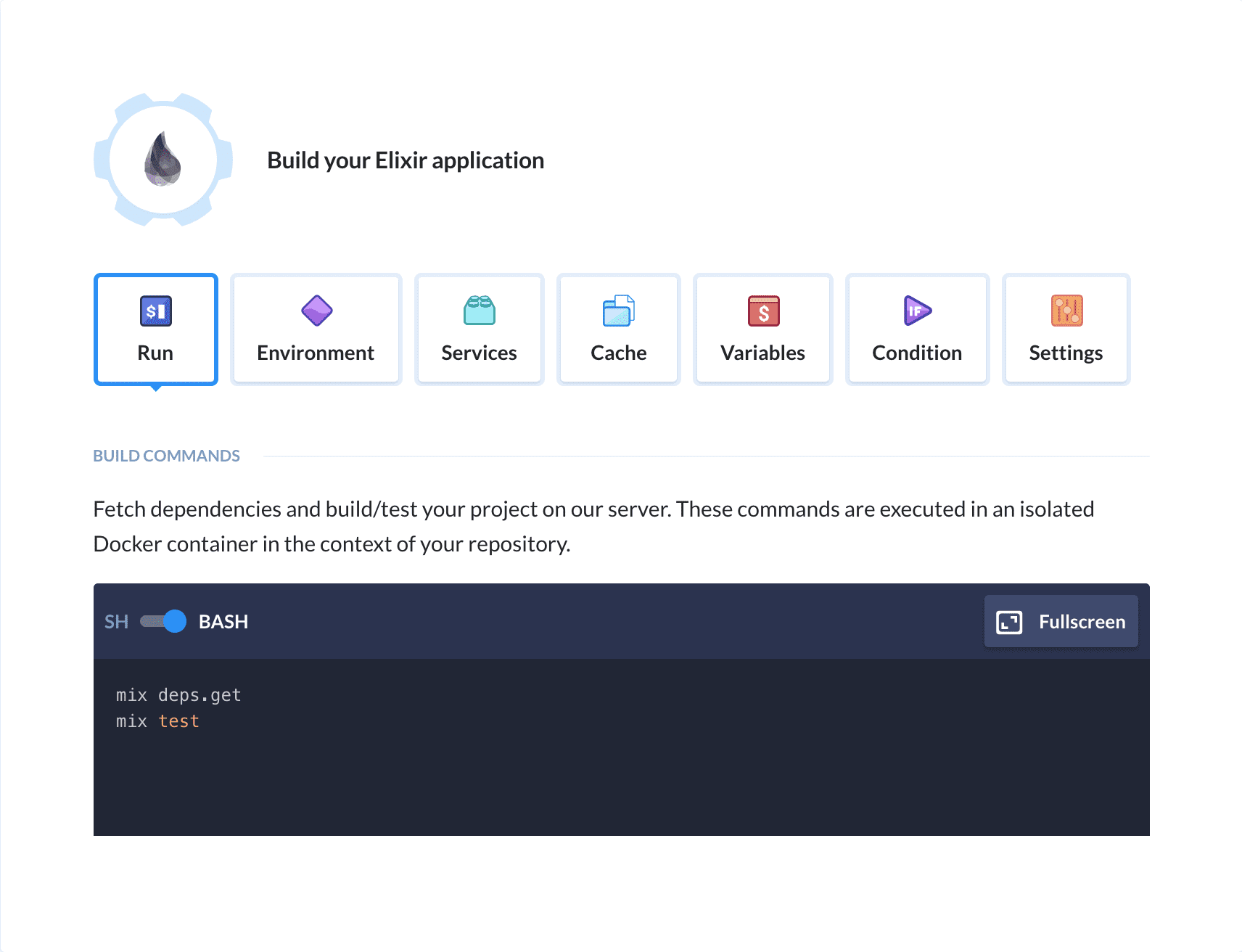 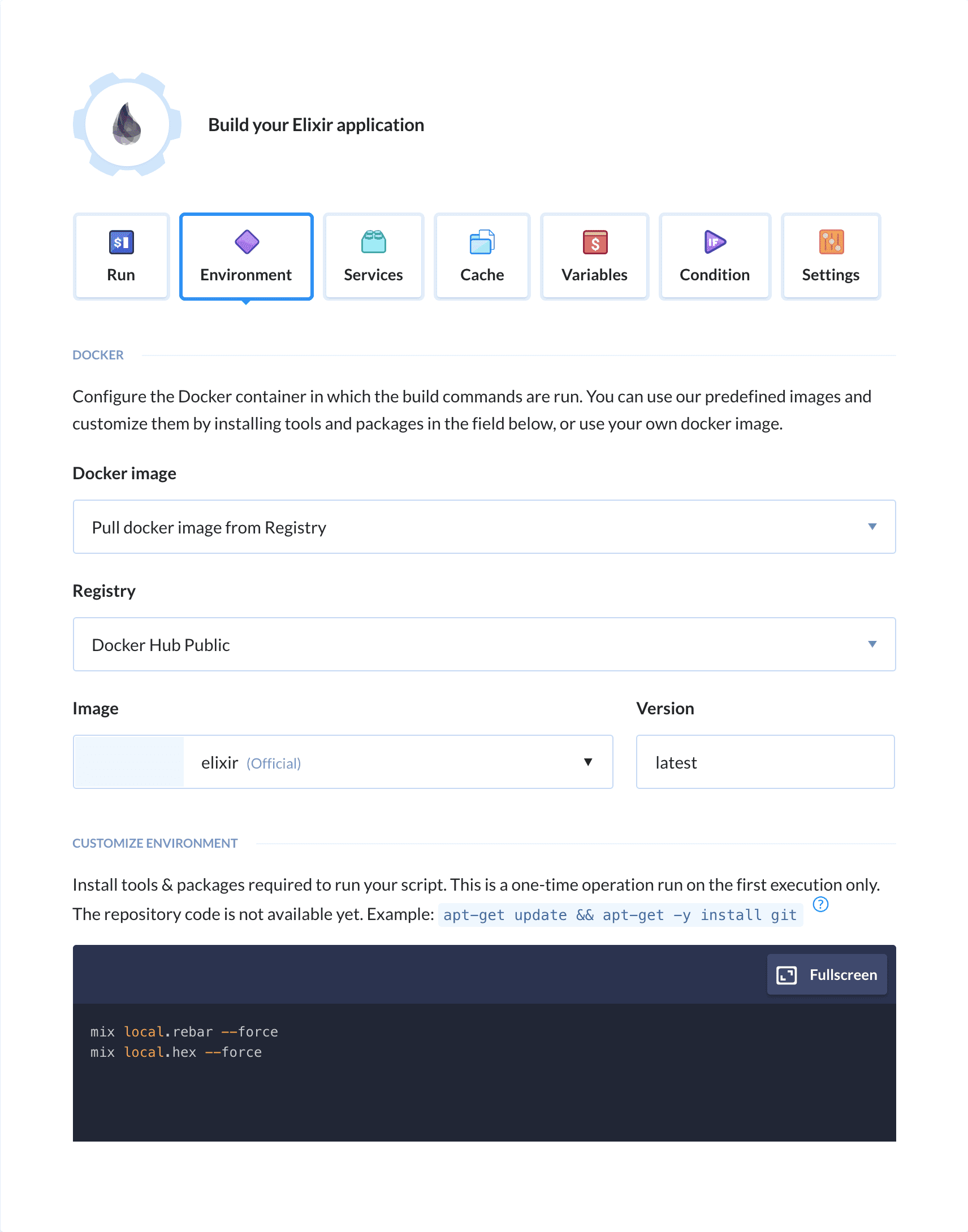 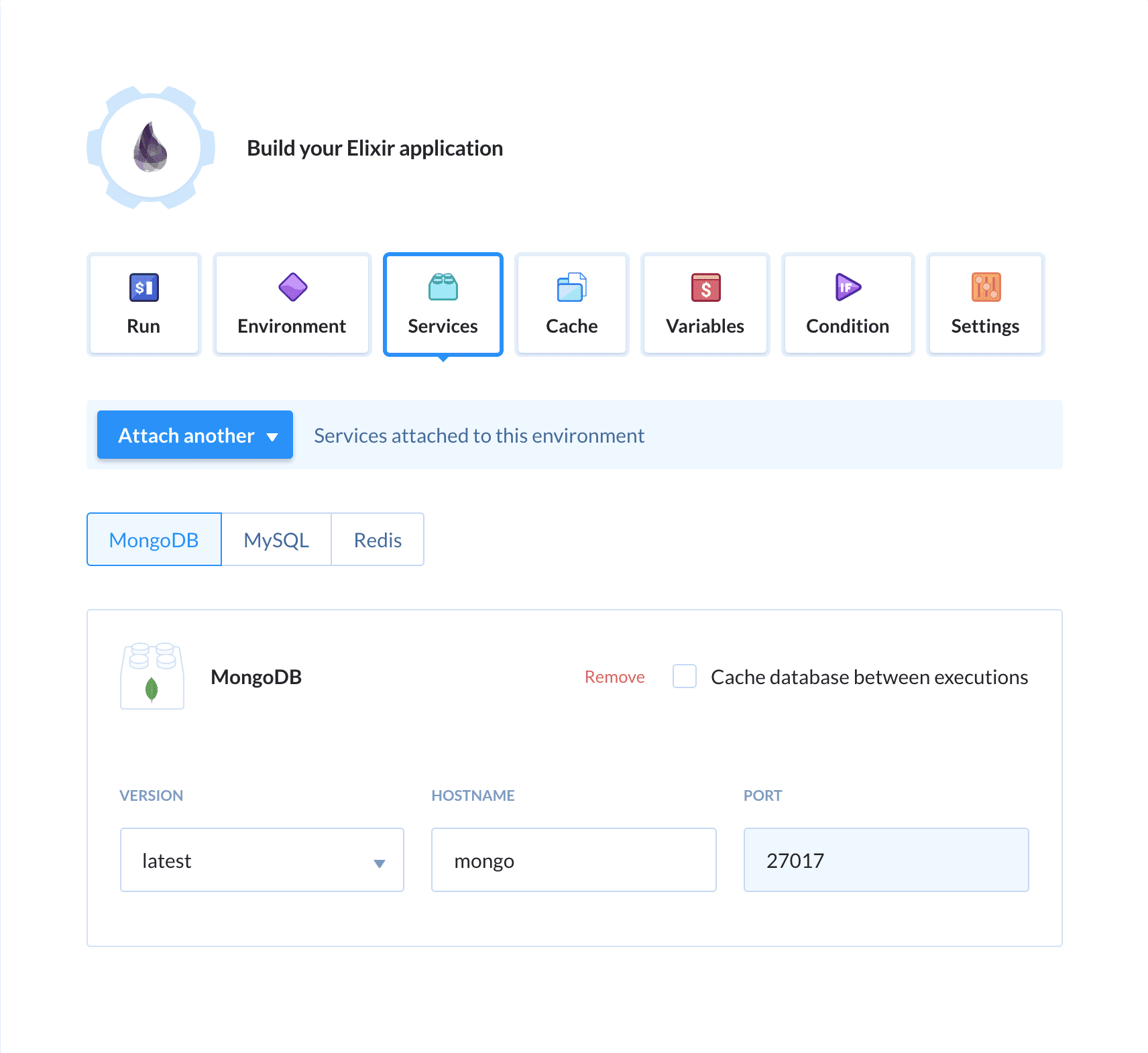 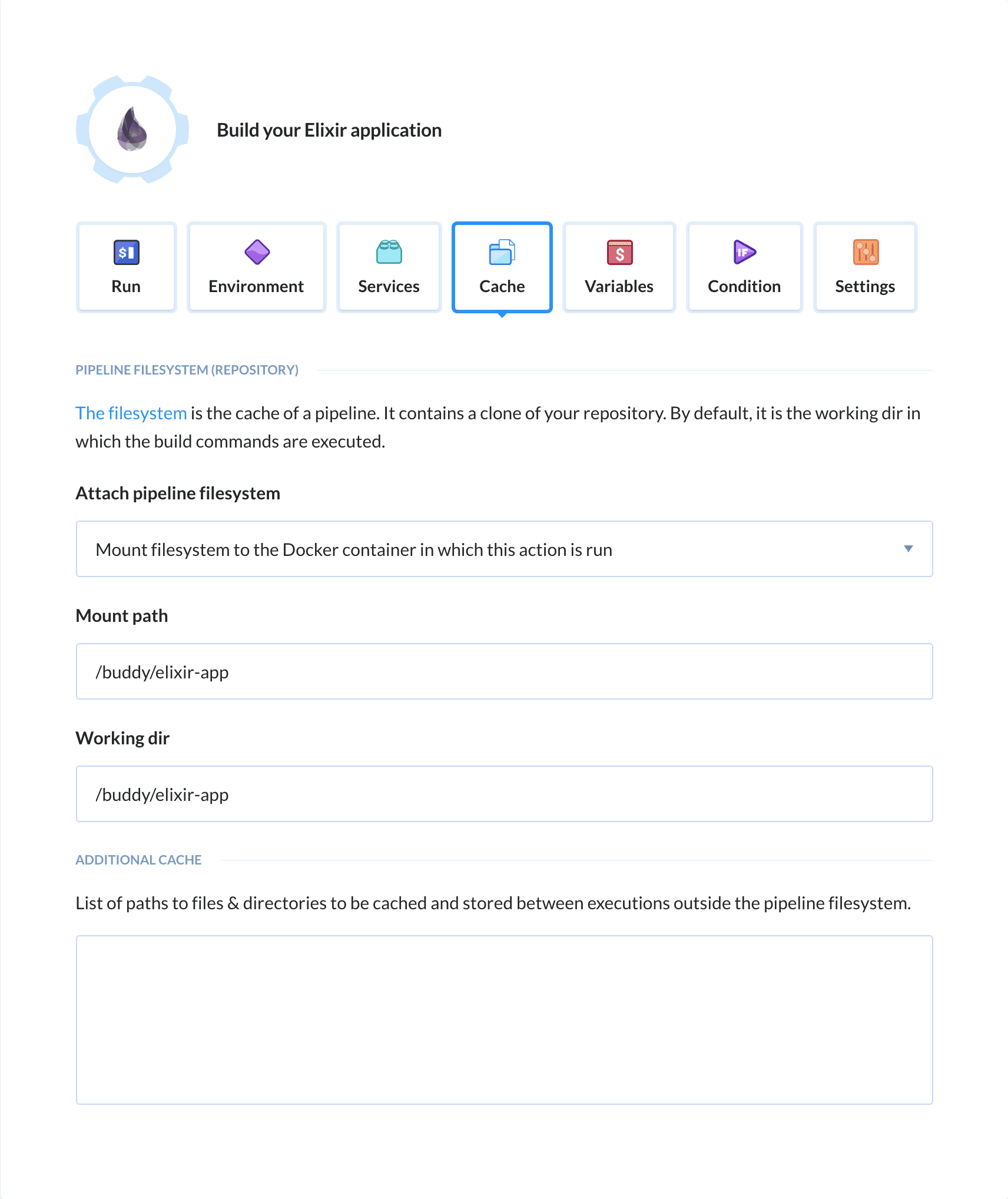 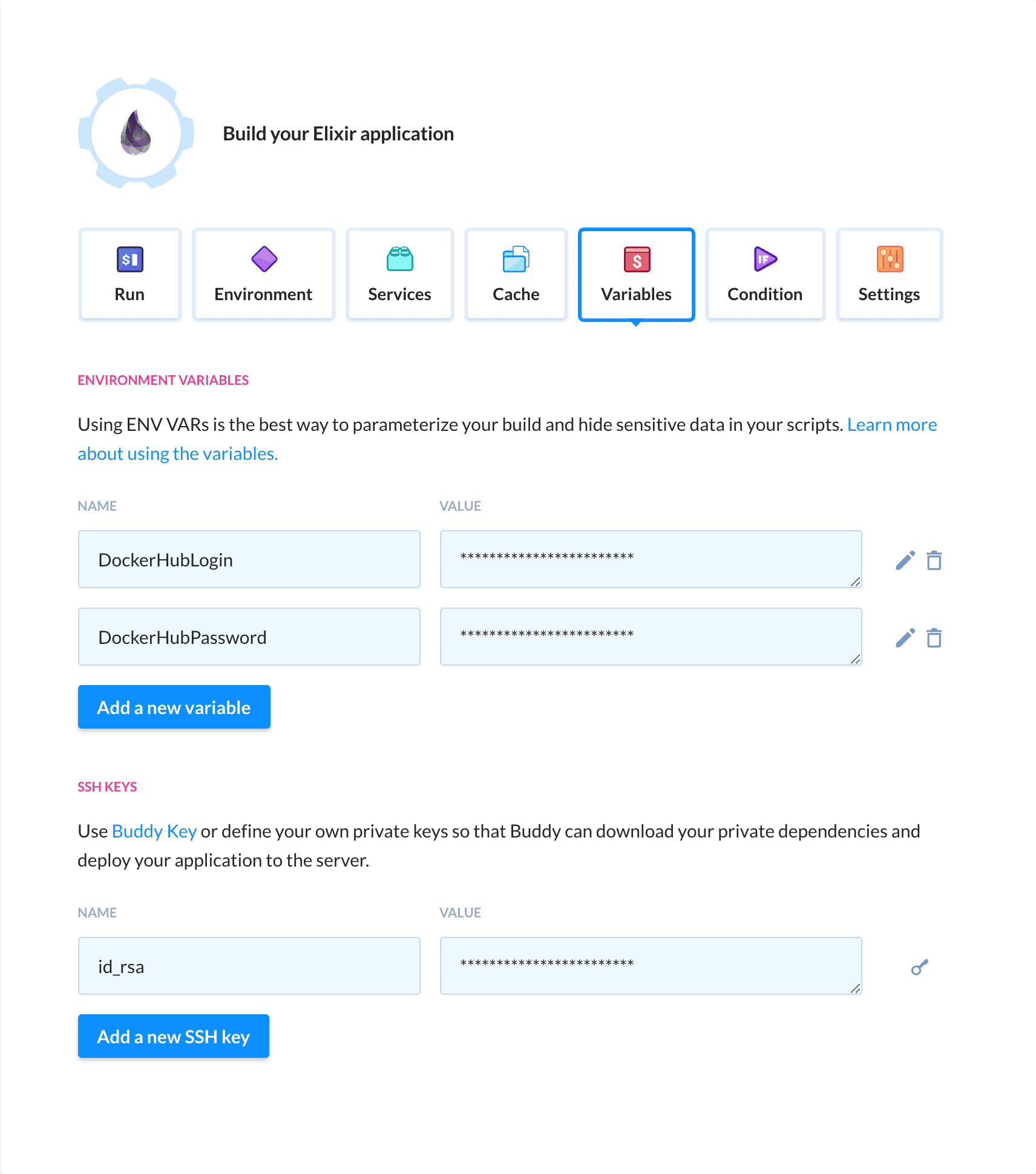 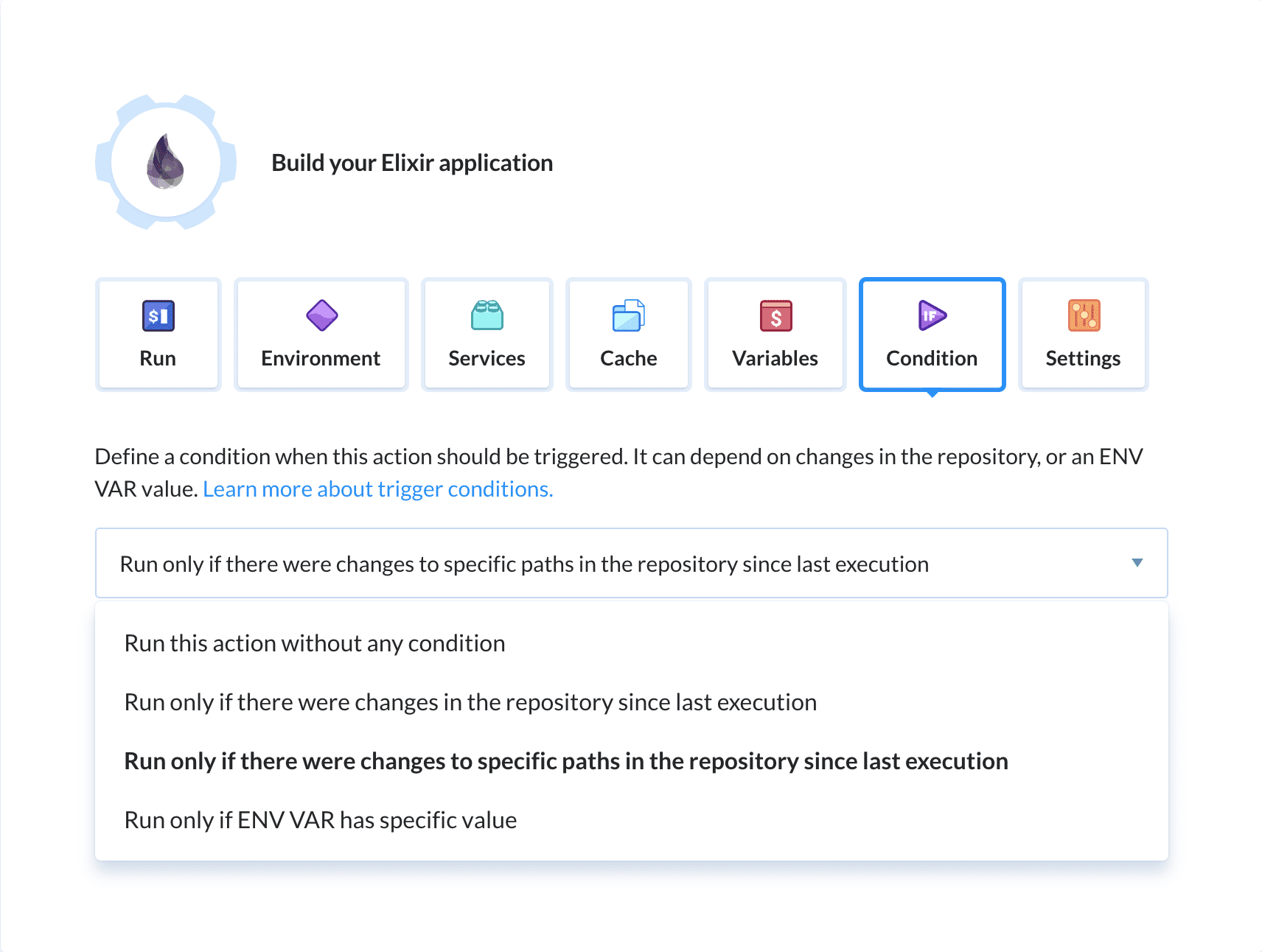 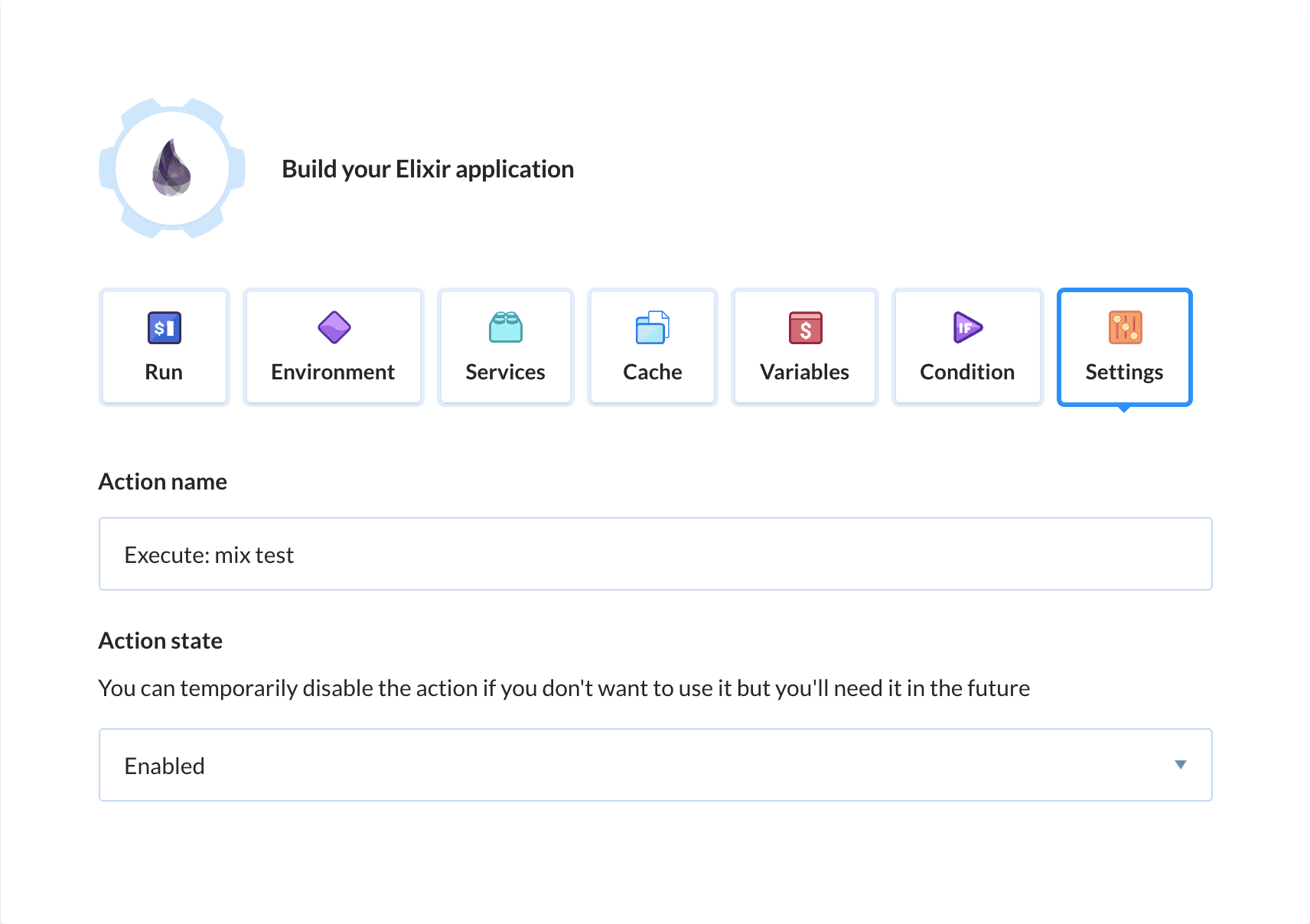 Do more with Elixir

Buddy allows you to instantly connect Elixir with 100+ actions to automate your development and build better apps faster.

Elixir is a dynamic, functional language designed for building scalable and maintainable applications. It leverages the Erlang VM, known for running low-latency, distributed and fault-tolerant systems Elixir provides developers with an extensible design supported by macro metaprogramming and protocol polymorphism.

Connect Elixir with the tools you use everyday and find your web development super-powers.