The Custom Build action launches an isolated Ubuntu container, in which it runs the commands provided in the action settings (Run tab). If you don't see the action dedicated for your stack in the build section of the Actions list, this action is for you.

This action launches any given Linux command in an Ubuntu container launched from an Ubuntu image prepared by Buddy or from any Docker registry. Once the commands stops running, the container is terminated.

It uses the pipeline's filesystem as its working directory. 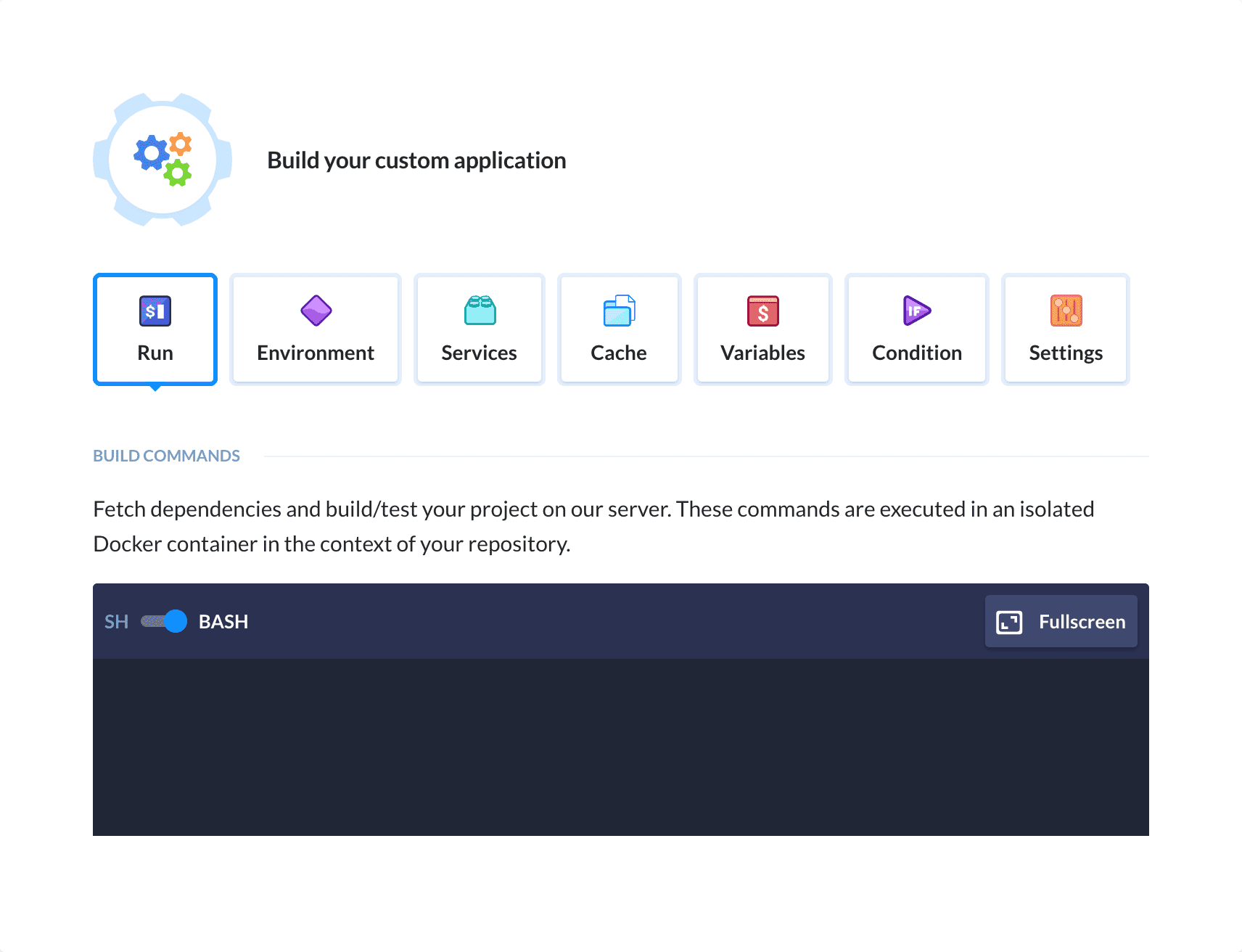 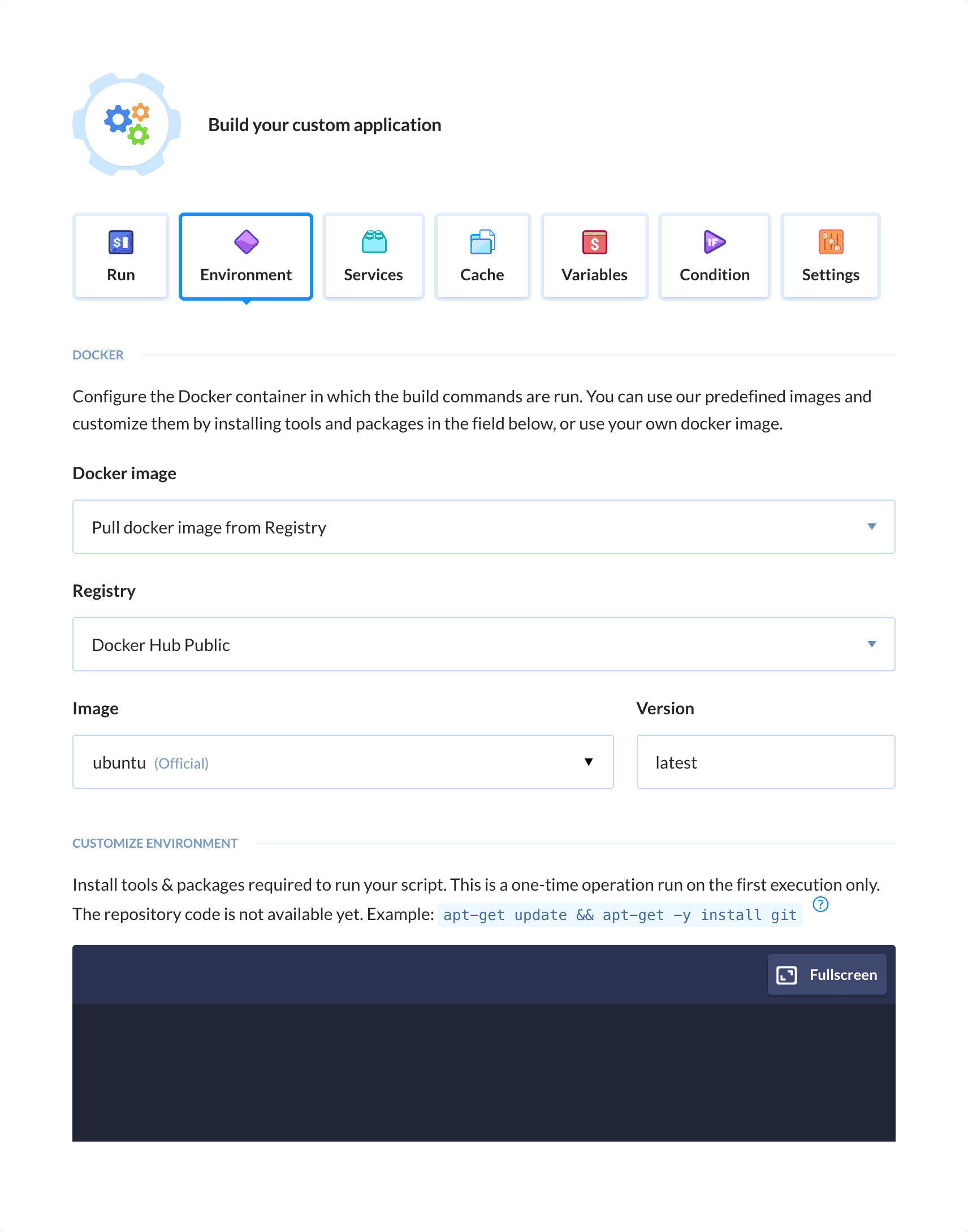 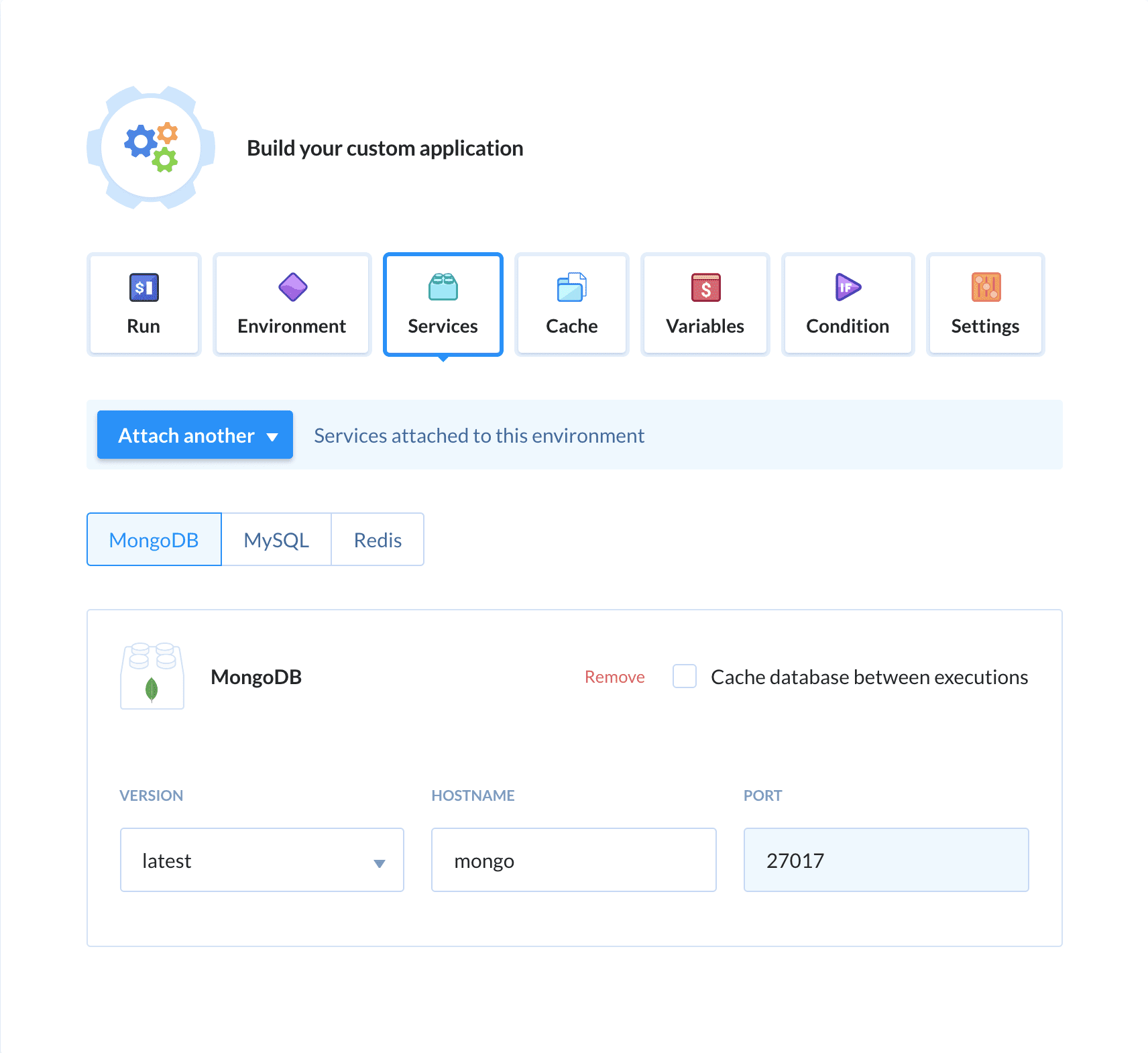 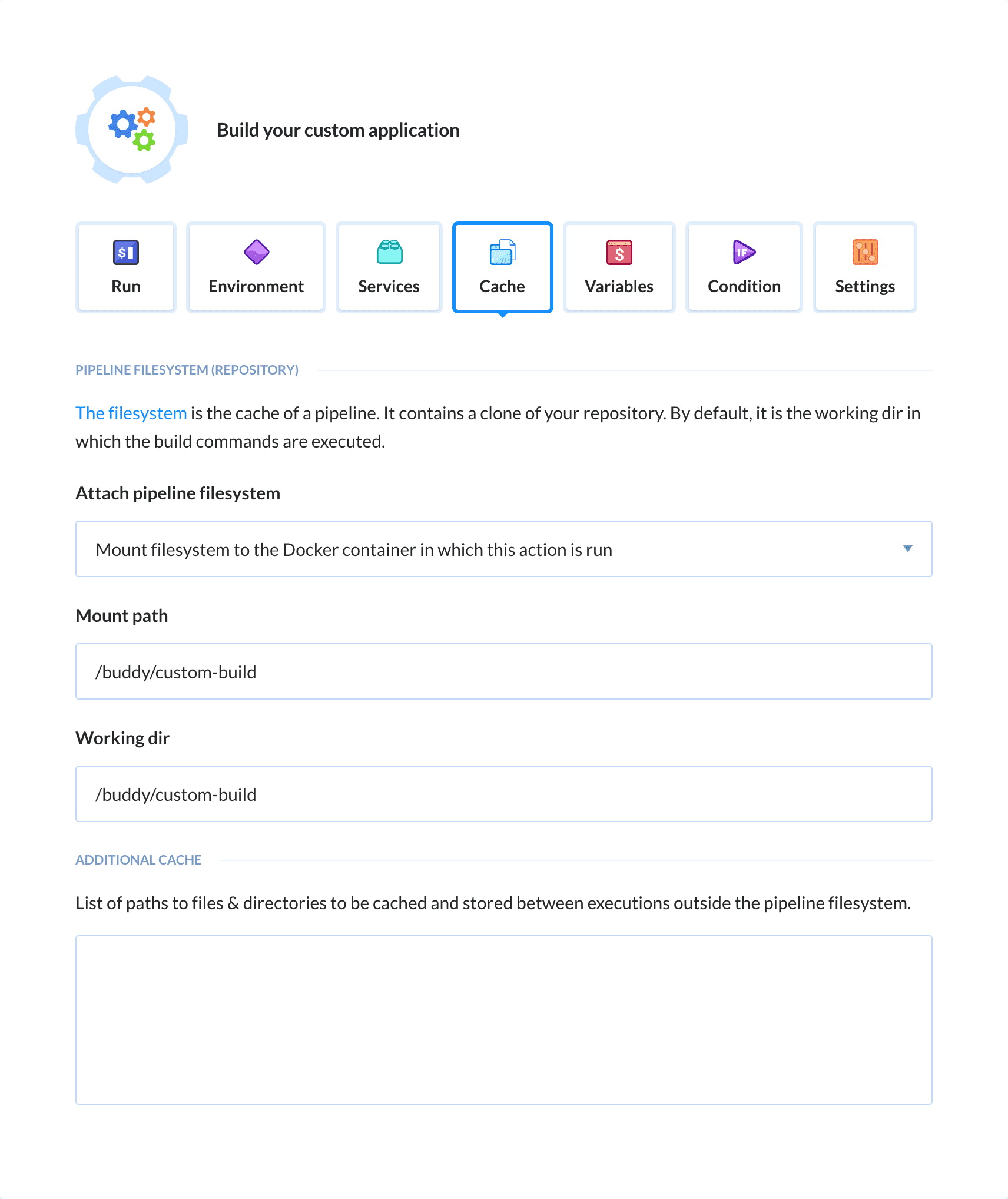 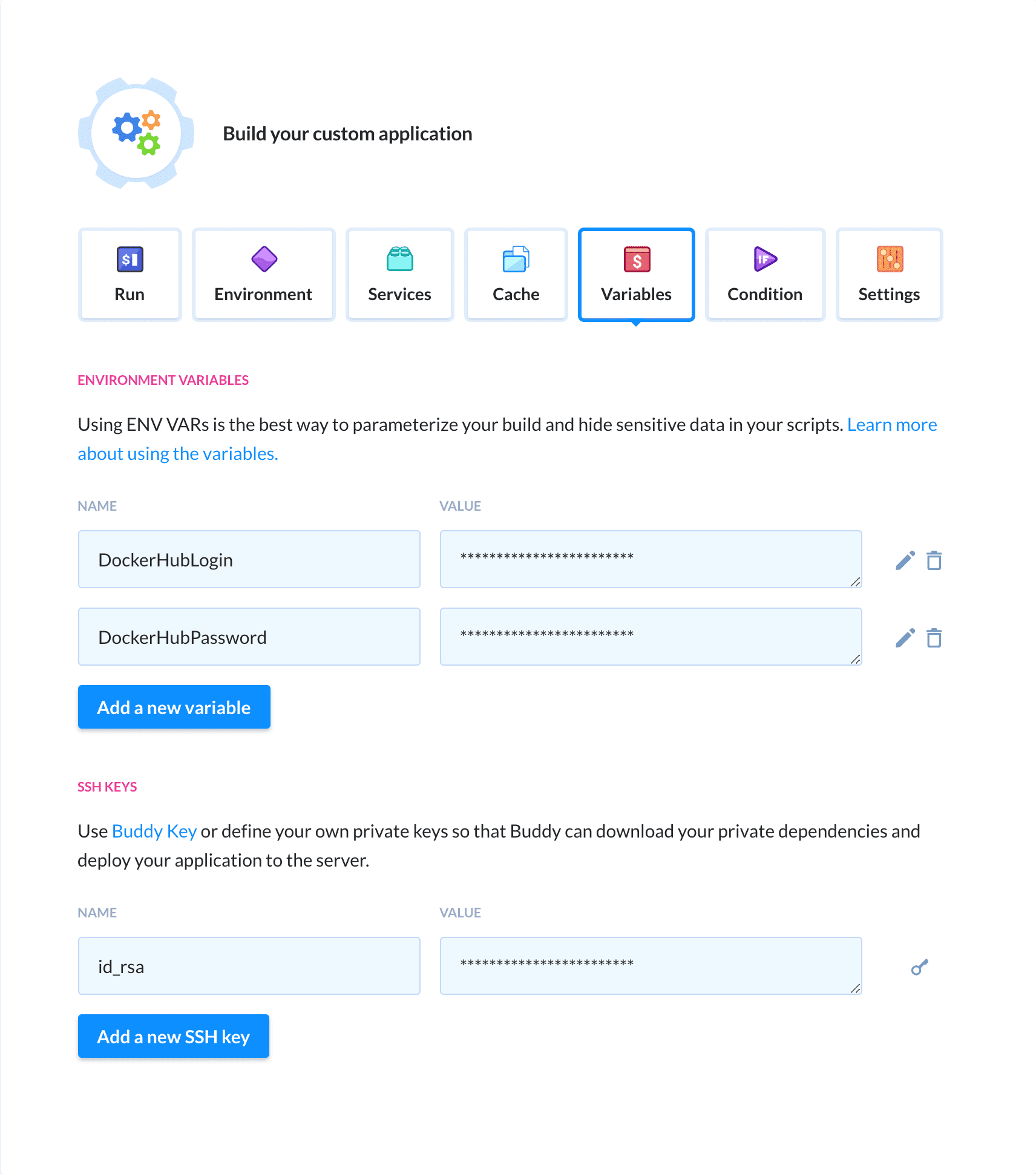 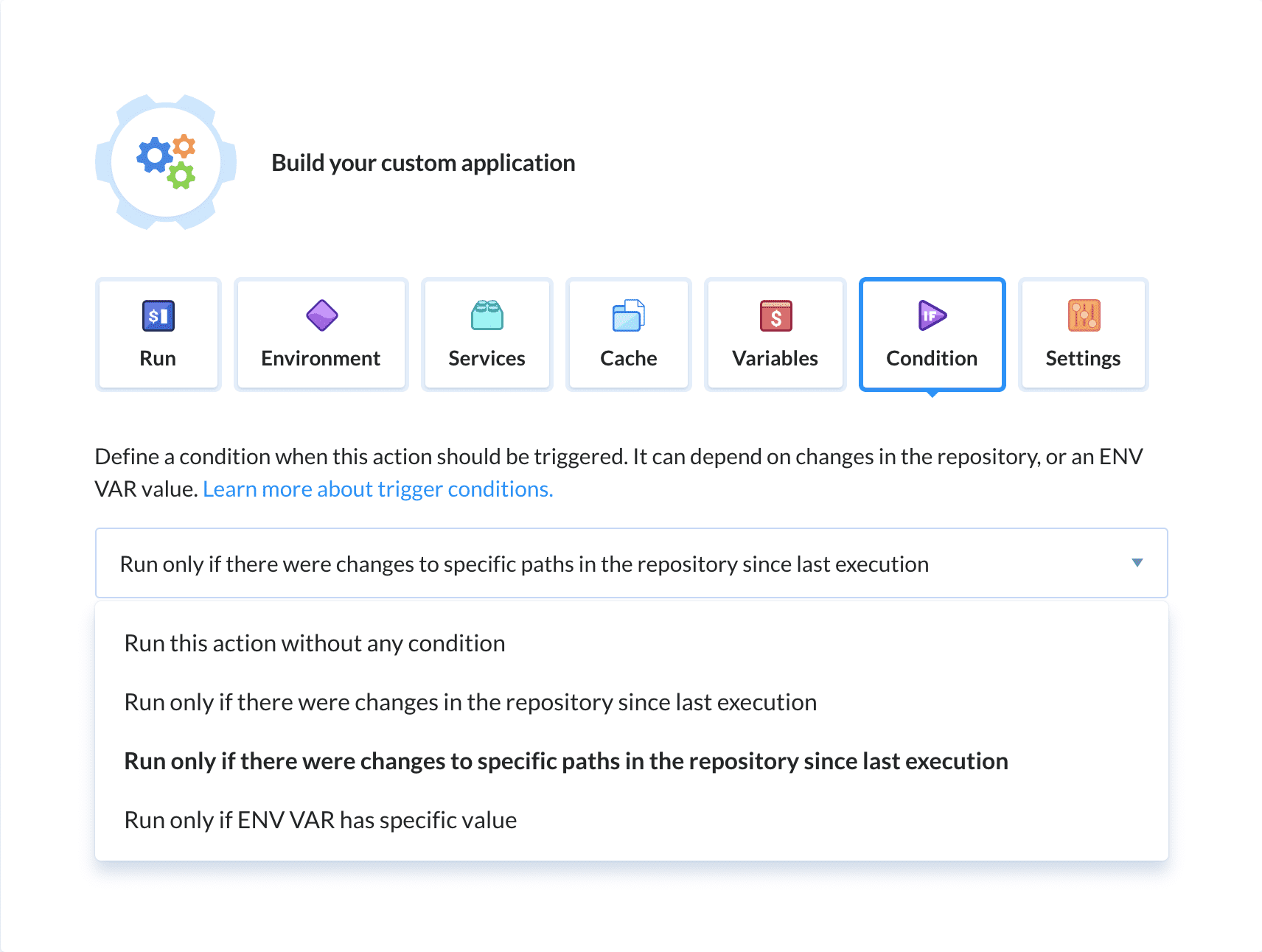 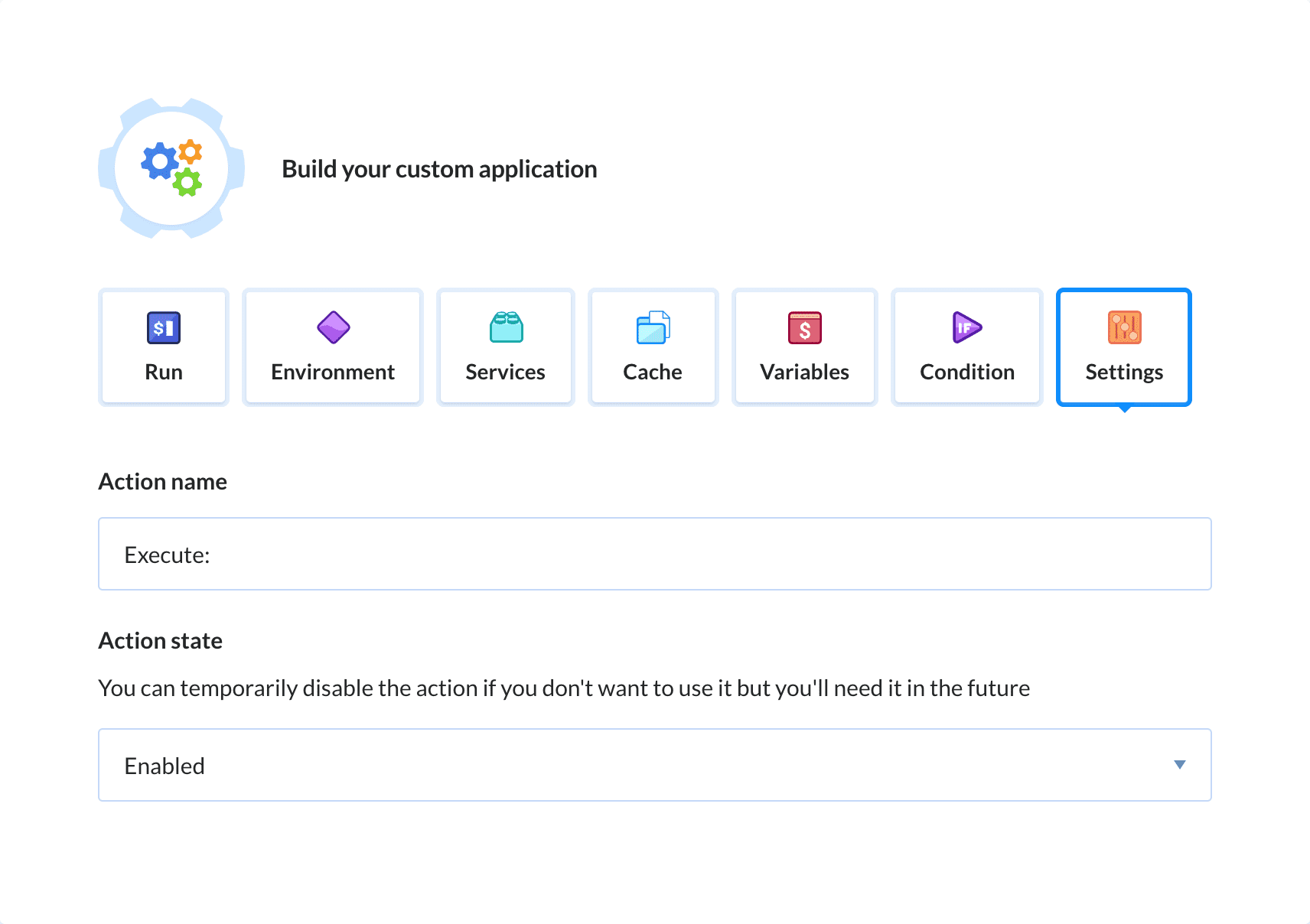 Do more with Custom Builds

Buddy allows you to instantly connect Custom Builds with 100+ actions to automate your development and build better apps faster.

Connect Custom Builds with the tools you use everyday and find your web development super-powers.