Buddy CI/CD allows you to instantly implement Shopify Theme Kit CLI with 100+ ready to use actions to automate your development and build better apps faster.

The tool is a command line tool for Shopify themes. It allows you to upload themes to multiple environments, upload and download themes from your Shopify stores, and automatically upload local changes.

The action runs a container with Shopify CLI installed. It connects to your Shopify account and lets you run operations like creating new themes and uploading/downloading changes in the context of Shopify themes. 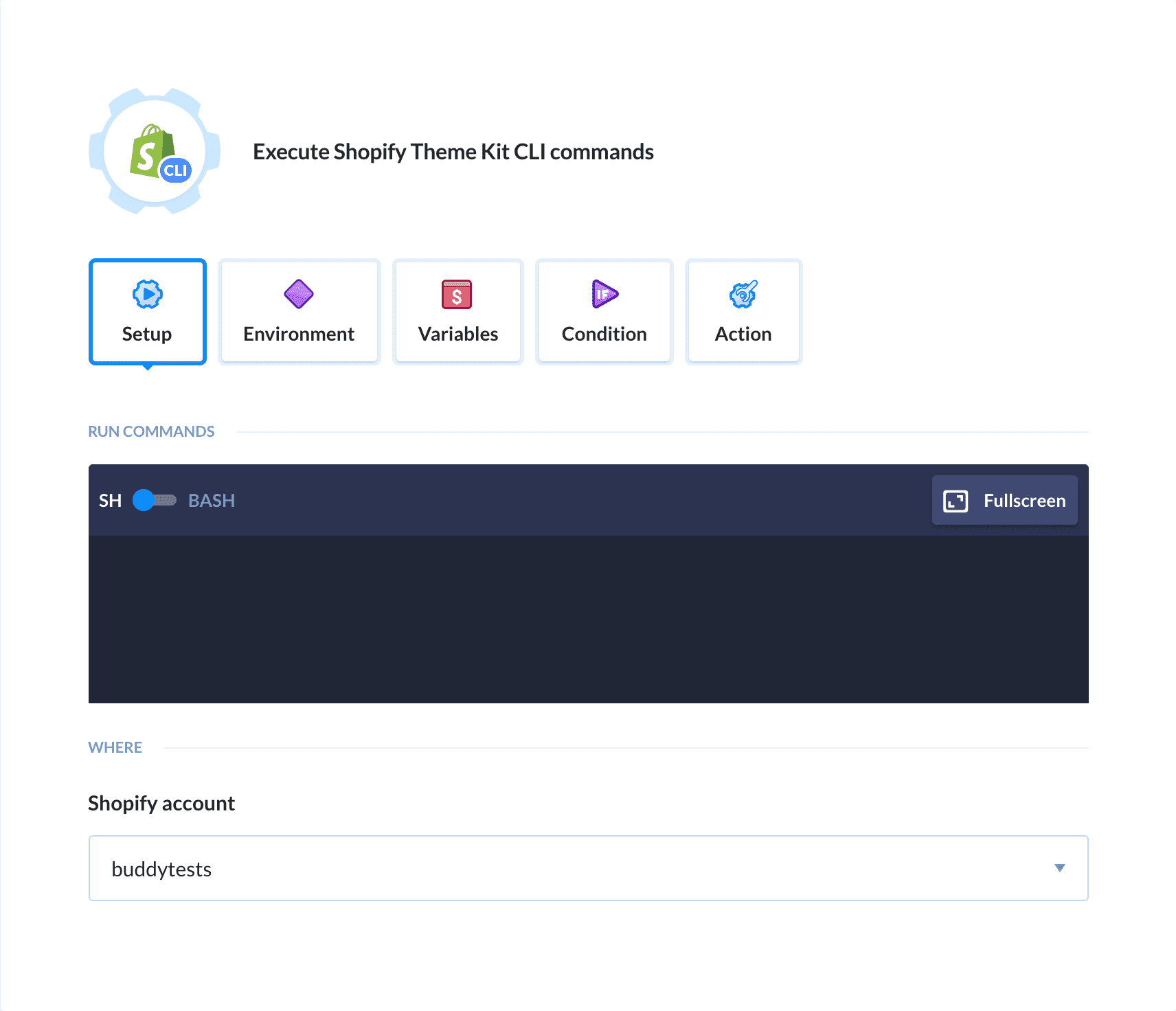 Shopify Theme Kit Command Line Interface is a tool that allows for uploading your themes to multiple enviroments, managing your uploads and downloads and monitoring changes done locally. Shopify Theme Kit CLI is compatible with Windows, Linux and MacOS.