Do more with Run Docker Image

Buddy CI/CD allows you to instantly implement Run Docker Image with 100+ ready to use actions to automate your development and build better apps faster.

This action runs a Docker container using the image built by the action in the previous pipeline or from the provided Docker registry.

The action executes docker run and waits for the container to finish. If it doesn’t finish in 90 minutes, it is terminated. 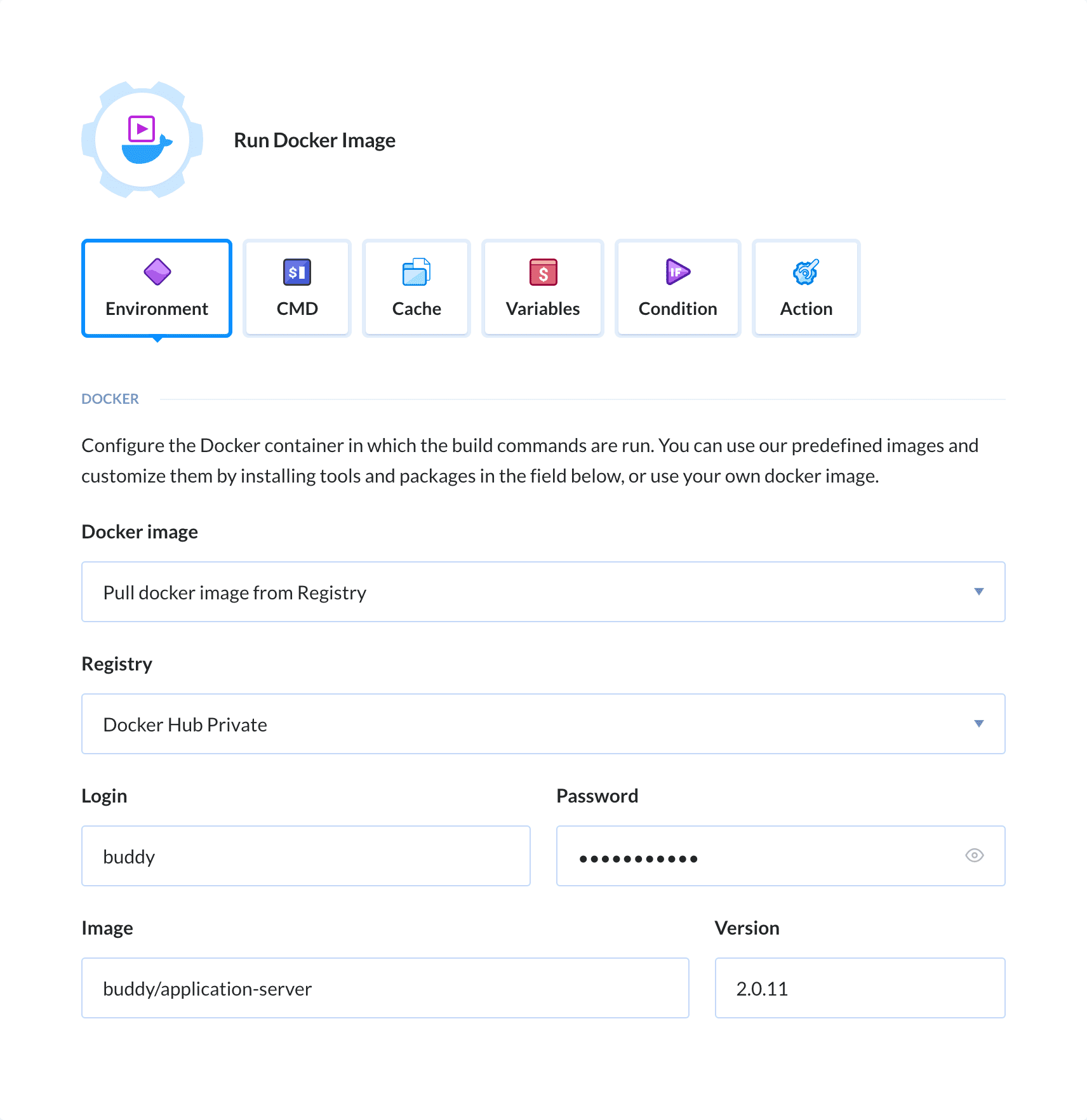 Do more with Run Docker Image

Buddy allows you to instantly connect Run Docker Image with 100+ actions to automate your development and build better apps faster.