This action launches a Docker container using the official Ruby image. The container runs bundle install and rake test commands by default. Once the commands stop running, the container is terminated.

It uses pipeline's filesystem as its working directory to which generated files are saved. 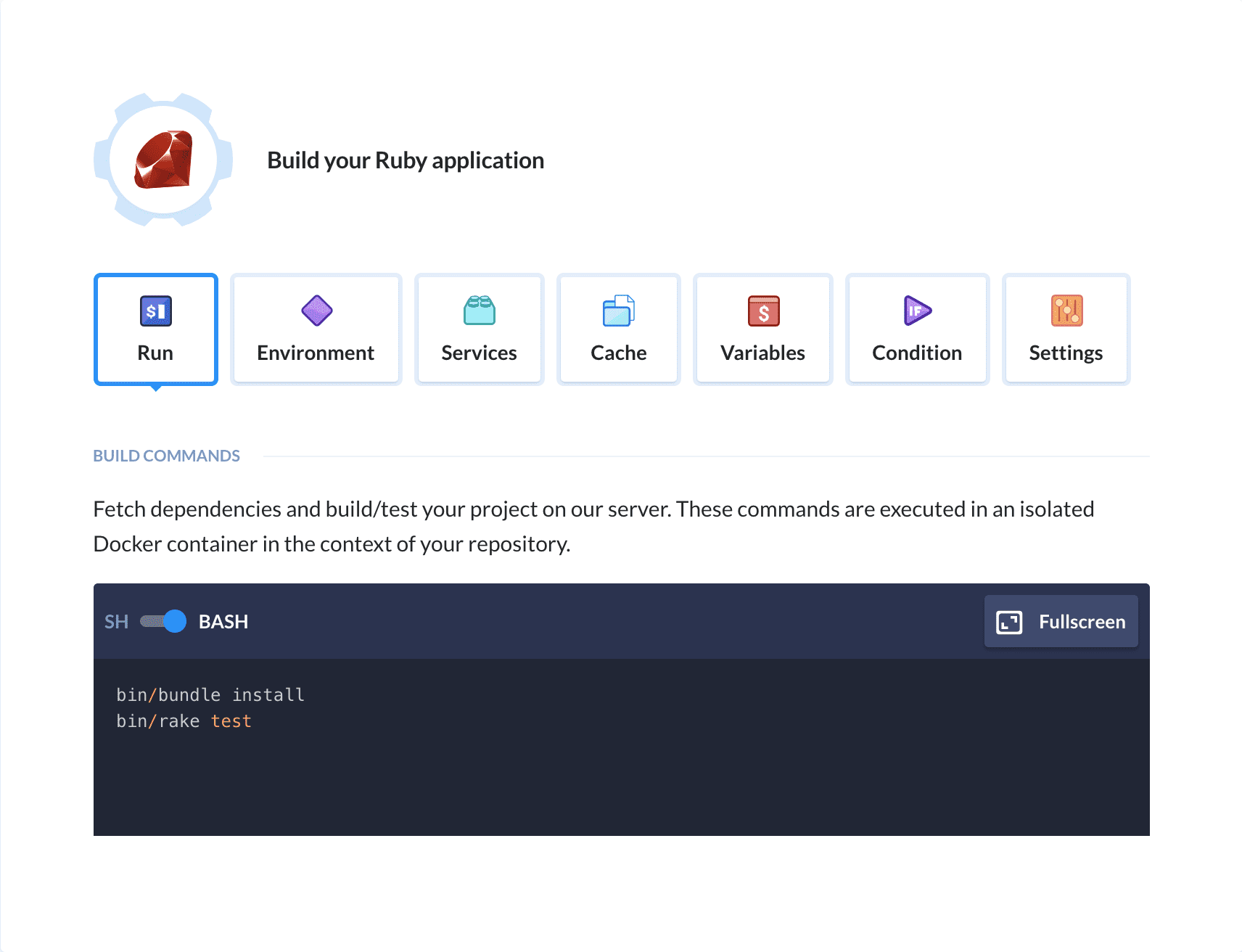 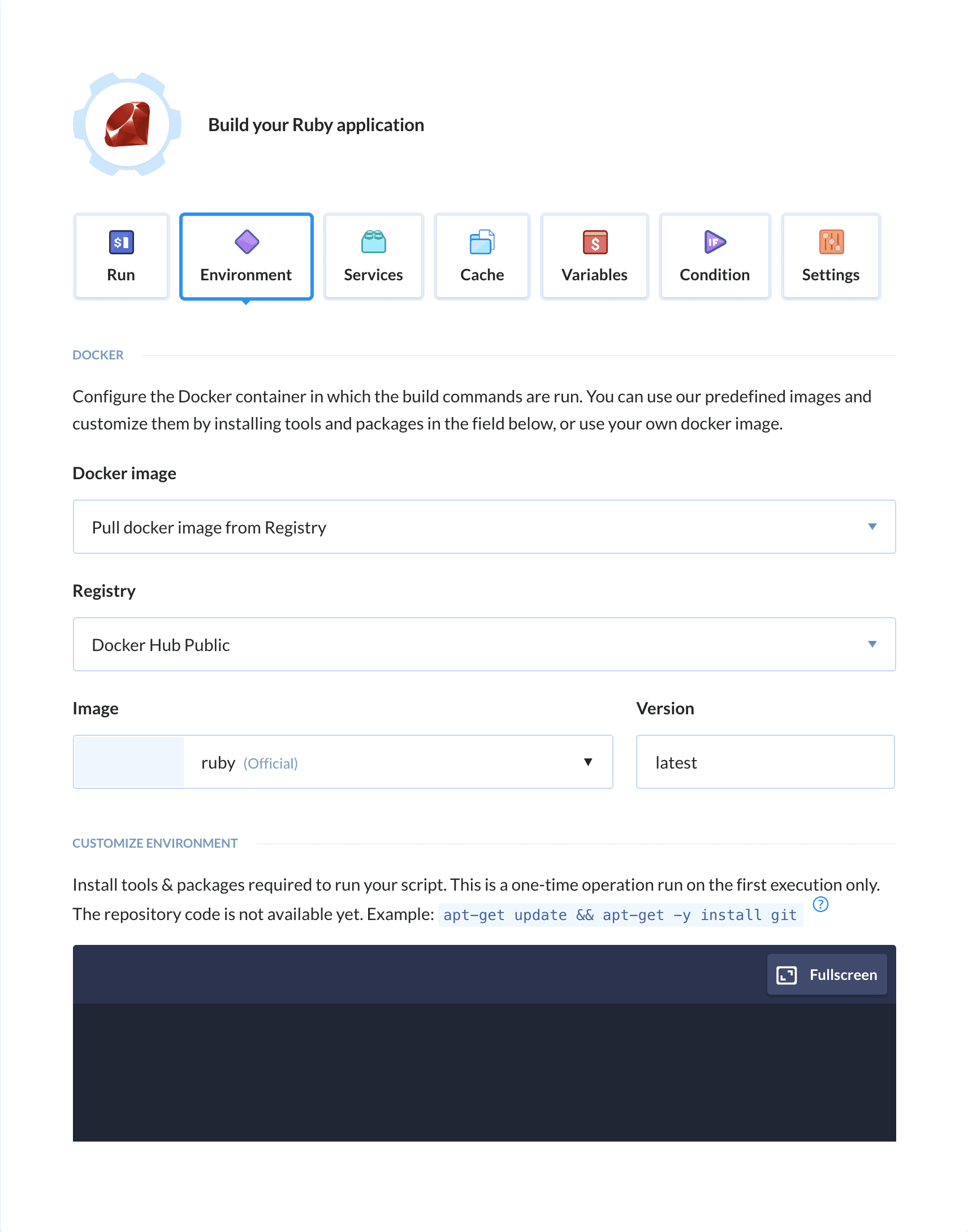 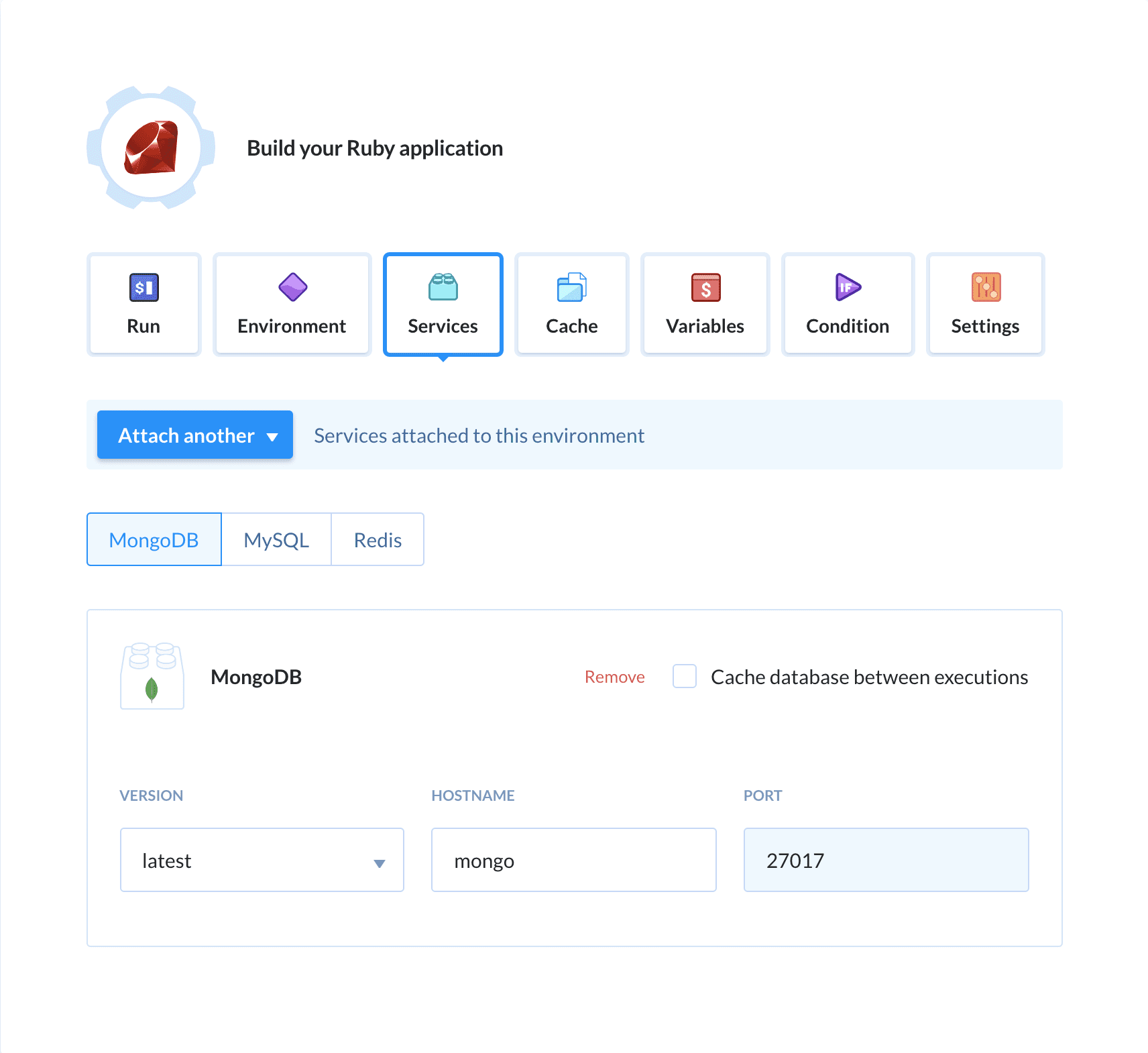 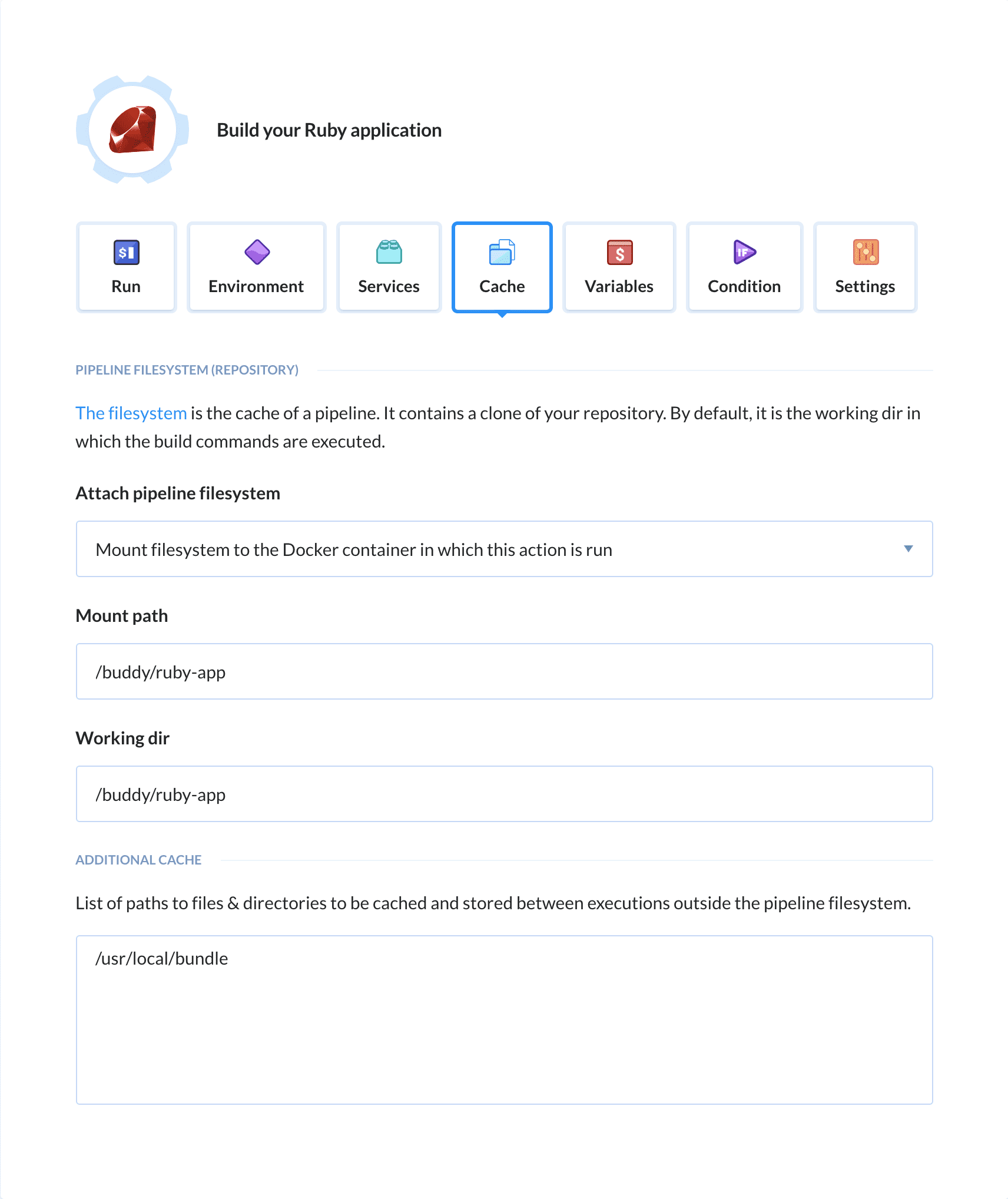 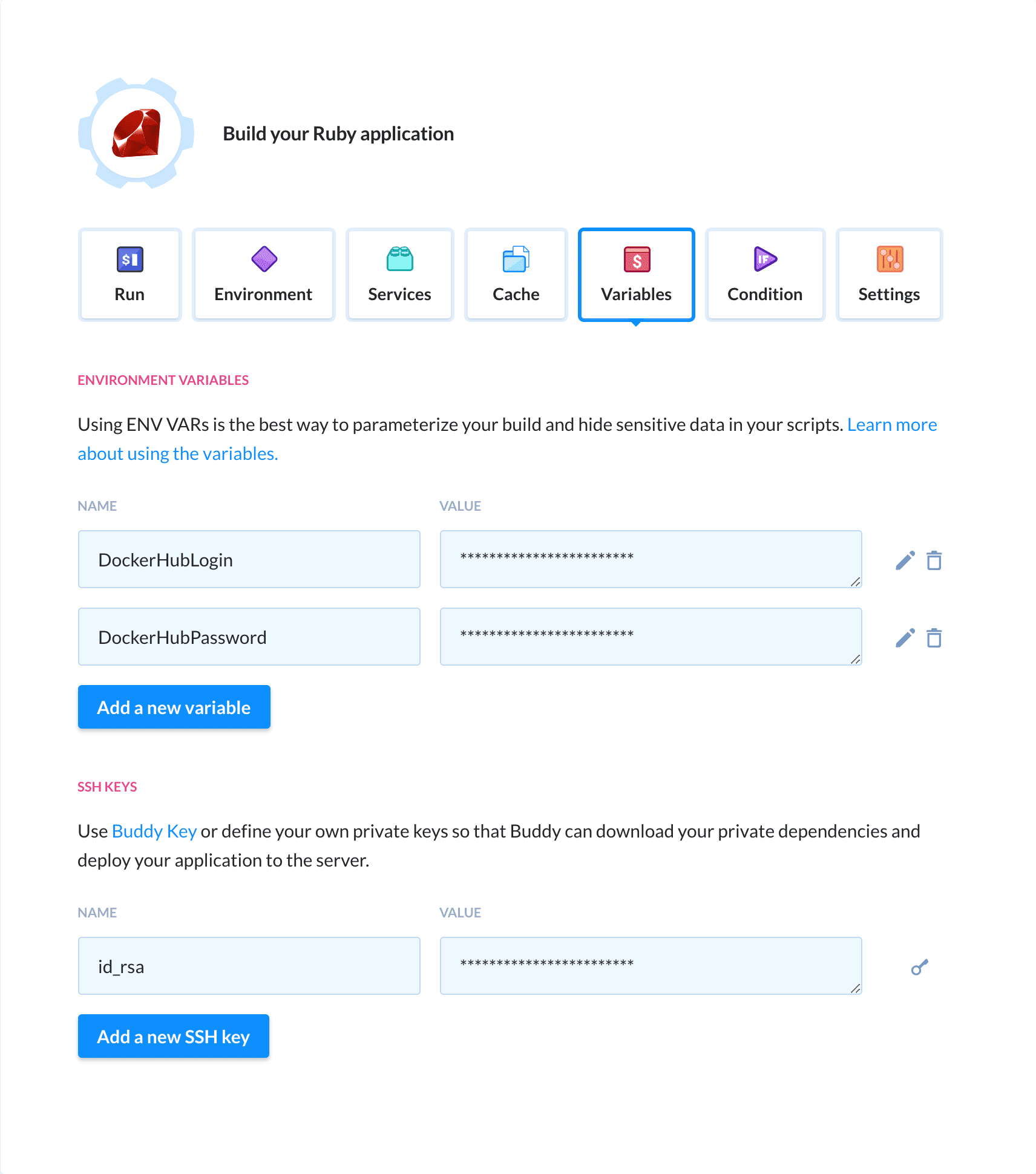 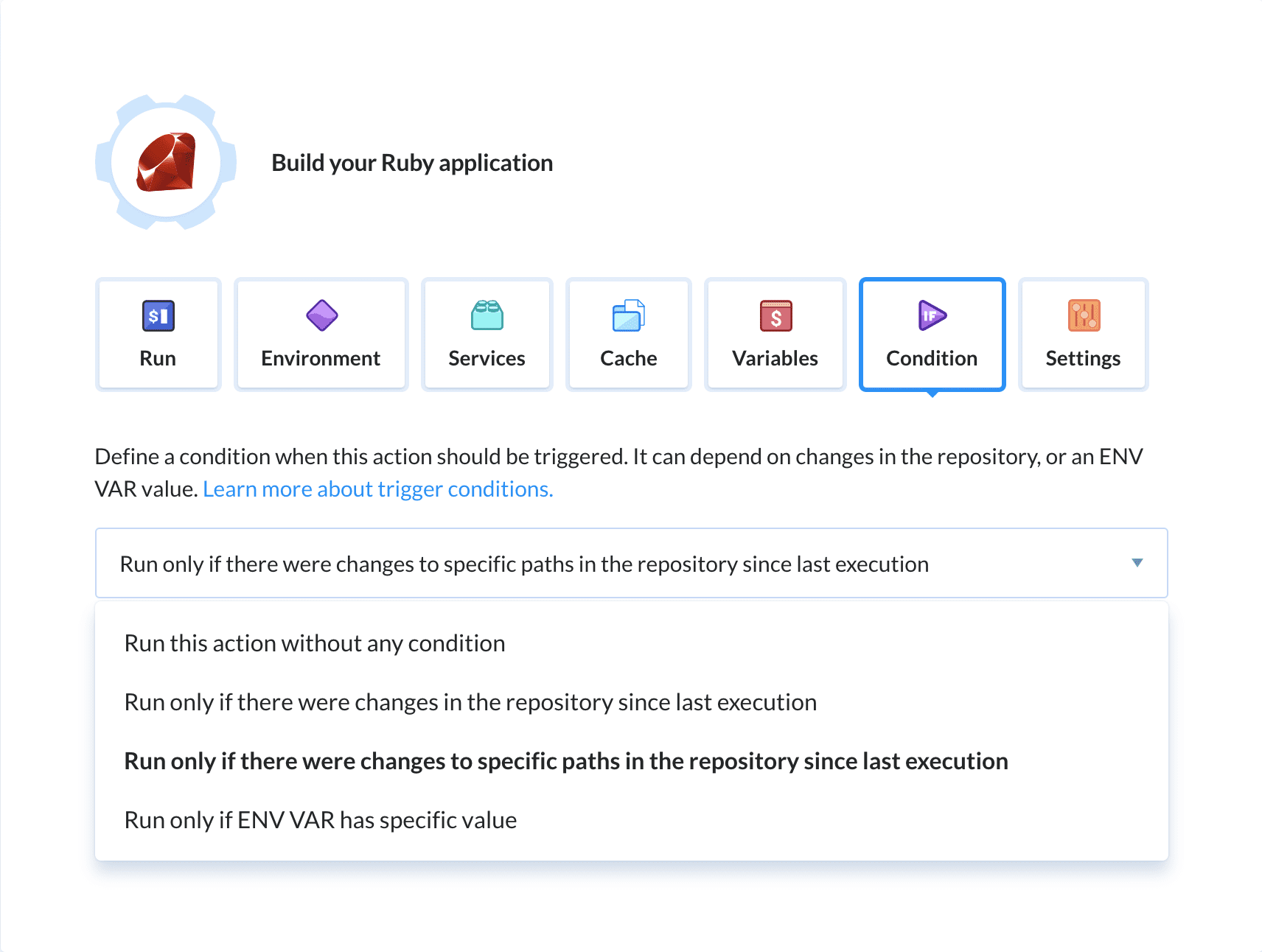 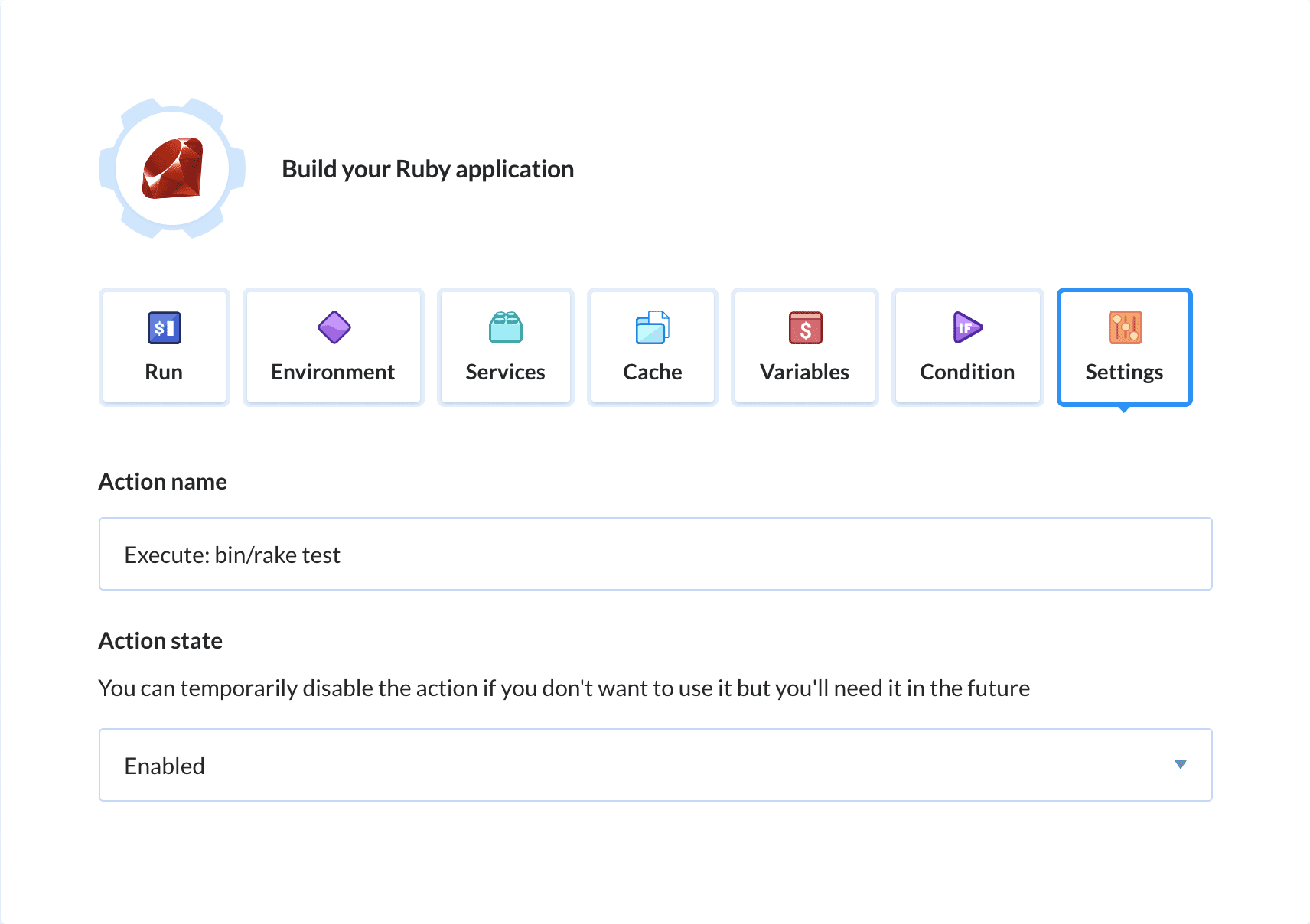 Do more with Ruby

Buddy allows you to instantly connect Ruby with 100+ actions to automate your development and build better apps faster.

Ruby is a high-level, multi-purpose interpreted programming language developed in 1990s by Japanese developer Yukihiro Matsumoto. Similarly to Python, It is usually used for developing web applications especially with a framework called Ruby on Rails.

Connect Ruby with the tools you use everyday and find your web development super-powers.