A code editor is quite possibly the most used application on any developer's workstation. In fact, most developers tend to have their own preference for a code editor, pretty much like artists tend to use a specific form of pencil for sketching, and another for lettering, and so on.

With that said, there are several code editors out there, and finding the ideal one is often a tricky decision. While one may argue in favor of a particular editor (or against it), it all boils down to a matter of personal preference. A code editor that may work for me, can probably be a poor choice for you.

As such, we need to decide for ourselves which code editor fits perfectly within our workflow. However, we can make life easier by enumerating the good and bad points about each major code editor -- and that is exactly what we are going to do in this article.

We will be taking a look at some of the major code editors out there, and also see how they stack up against each other.

Now, when it comes to listing code editors, one can go on and on and put together lists of 20 or more editors in one attempt. However, it does not really help anyone much because, let's face it, counting Notepad or its counterparts as code editors is unfair to the likes of VS Code. We can enlist a Markdown editor as an MS Word counterpart, but that is not what Markdown editors are meant for.

As such, we will be sticking only to those editors that serve a defined purpose and can be identified as a "code editor" in textbook terms. This can help us cut down on counting unnecessary editors for the sake of elongating this list, and also better compare the features.

In other words, every entry on this list has the following bare minimum features:

With that out of the way, let us get started with our list.

The first name on our list, Sublime Text, has been around for quite some time and has a very long list of loyal users. In fact, some of the most experienced and talented developers use Sublime Text and such clientele itself speaks volumes about what this particular editor has to offer.

Sublime Text supports multiple platforms and comes with its own custom Python API and package control system as well as the ability to handle multiple packages simultaneously.

However, it is worth noting that Sublime Text is not free; you'd need a license to legally use it in the long run, and such license is currently priced at $80 USD for individual developers. Businesses, on the other hand, can get discounts if they purchase licenses in bulk.

As such, if you are looking for totally free code editor, Sublime Text is probably not the solution you might consider. It is worth noting that this particular editor can be downloaded and tried prior to purchase, and the trial does not come with a set deadline or timeframe. That said, any serious developer looking to use Sublime Text should consider opting for a paid license.

Brought to us by Microsoft, VS Code has been rising in popularity with each passing day. Just in case it matters, Visual Studio Code is my preferred code editor of choice.

Visual Studio Code is fully open source and absolutely free to use. Yes, Microsoft in general has not been known for its freeware or open source products, and even today many developers and users are not impressed by the Microsoft Windows EULA. That said, the company has been making great leaps in the world of FOSS, and VS Code is a testimony to the same.

The editor comes with its own IntelliSense Engine that can help you complete code effectively and also guess certain parameters and actions. It supports various programming languages and is fully hackable by means of extensions. In fact, owing to its extendability, VS Code is loved by frontend and web developers in particular, as custom extensions can be used to better enhance the coding experience when working with, say, JavaScript frameworks.

Brackets is a popular code editor started by Adobe. It is meant primarily for web designers and developers, and as such, comes with a plethora of extensions that can make things easier for web designers.

Broadly speaking, Brackets focuses very heavily on the web design spectrum and as such, it is not something that you might find use for if you are not a web designer at large. With that said, for web designers, Brackets does have a lot to offer. It comes with support for various preprocessors and integrates seamlessly with virtually every web browser, so live previews and code changes are a breeze.

Brackets supports inline editing and has several specialized extensions for folks working in JavaScript, HTML and CSS. In fact, the editor itself has been built with JavaScript.

Lastly, it goes without saying that Brackets is open source and comes with an MIT License.

Atom is a code editor from the folks at GitHub. Naturally, for developers that work a lot using GitHub, Atom might be a wise choice. This is because Atom integrates perfectly with GitHub, and coders can sync their repositories within seconds.

However, the biggest and most noteworthy feature of Atom is Teletype -- that makes it easy to collaborate on code. Developers can share their workspaces and then work together on projects and code in realtime, with all changes synced to Git automatically.

Atom features all the other stuff that you might expect from a standard code editor, and is free to use. However, the list of extensions is not as wide or large as that of VS Code, and if extendability is something that is of primary importance for you, Atom might not be your first choice.

Komodo Edit is a free code and text editor that does what it's supposed to do -- handle basic chunks of code. It comes with features such as a native project management solution, autocomplete tools, ability to handle multiple languages, and so on.

At its very onset, Komodo Edit is more of a toned-out low cholesterol version of Komodo IDE -- a premium tool that provides additional features for developers. Naturally, expecting an IDE-like features in a code editor is unfair, but Komodo Edit still falls short of features when stacked against, say, VS Code or Sublime Text.

However, Komodo Edit is a worthy choice if you are looking for a no-nonsense code editor that works great with no configuration required. Should you ever feel the need for additional features, you can consider upgrading to the premium product that is Komodo IDE.

As we stated at the start of this article, we have tried to stick to only the feature-heavy code editors. This essentially rules out a good number of editors that are more apt for handling text than code. Furthermore, certain editors are more of a niche environment -- they are available only for a specific platform (say, iOS), or come at a premium price and do not promise a very wide array of features.

That said, some names do deserve a passing mention, so let us take a look at them: 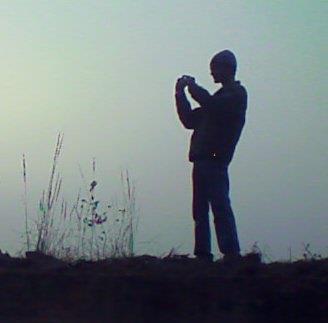