Alongside builds and tests, actions based on the SSH protocol remain one of the most favored features of Buddy. The most popular use cases include:

For security reasons, some companies restrict SSH access to their production servers by allowing connection only from a selected pool of IP's. If your address is not on the list, the only way to access the production server is to connect to a whitelisted server and use it is as a proxy. You can do this by using, for example, SSH Agent Forwarding or ProxyJump.

Until now, both SSH and SFTP actions did not offer such feature. However, many developers were asking for it, either on the livechat or on our forum. The more happy we are to finally deliver this long-awaited feature to your hands.

The proxy is available on the config screen of all SSH-based actions. Flipping the switch will reveal extra fields where you can define the authentication details to your proxy server:

For additional security, you can use environment variables to store sensitive data like passwords and logins.

Buddy supports several types of authentication, including SSH keys and passwords. You can also use Buddy's key restricted to the project or workspace: 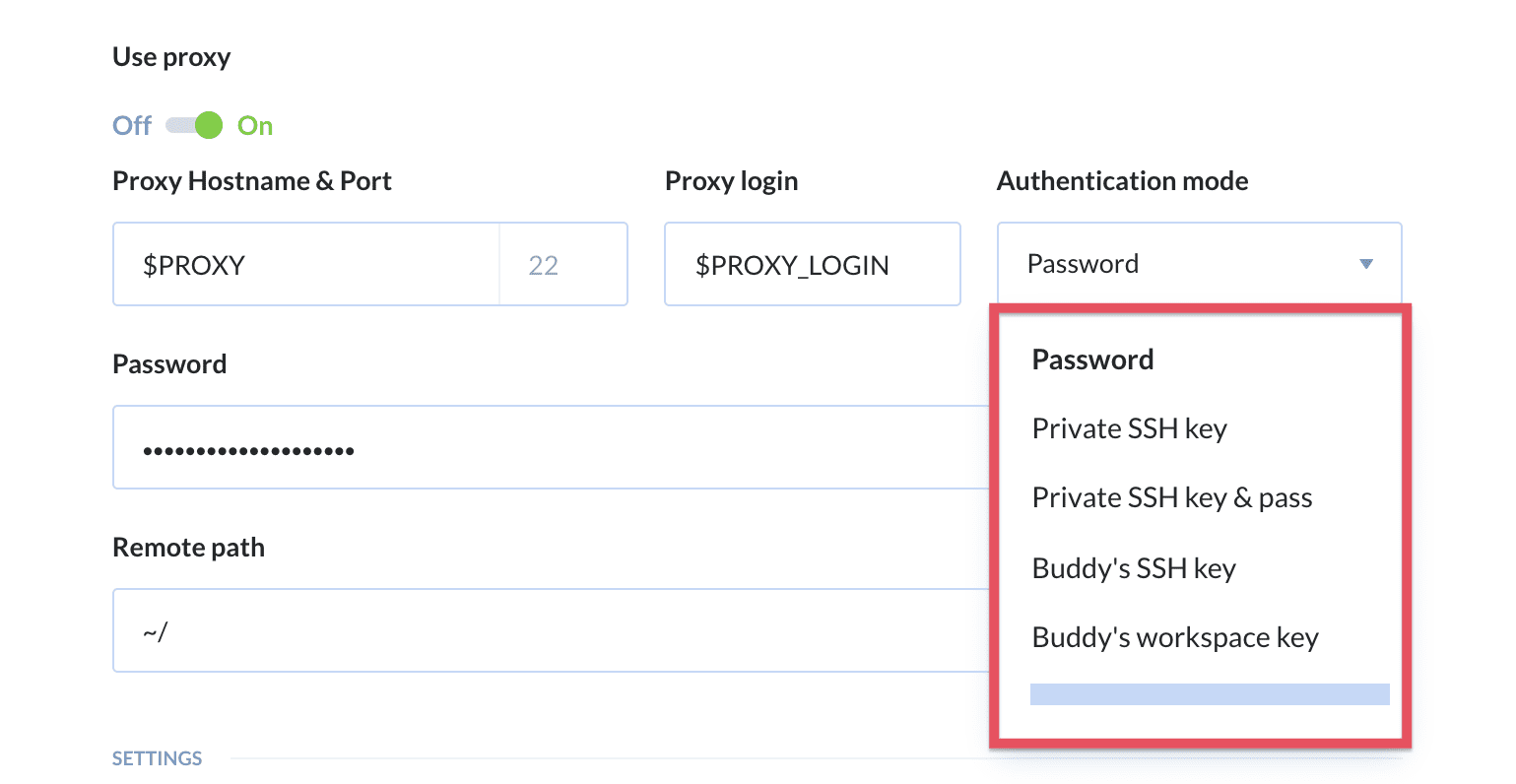 The next Big Thing is almost here 🔥